Thursday, December 3, 2020: Today on General Hospital, Cyrus tells Trina that her father is alive, Curtis informs Laura about his new lead, and Ava confesses to Nikolas that her brother is dead. 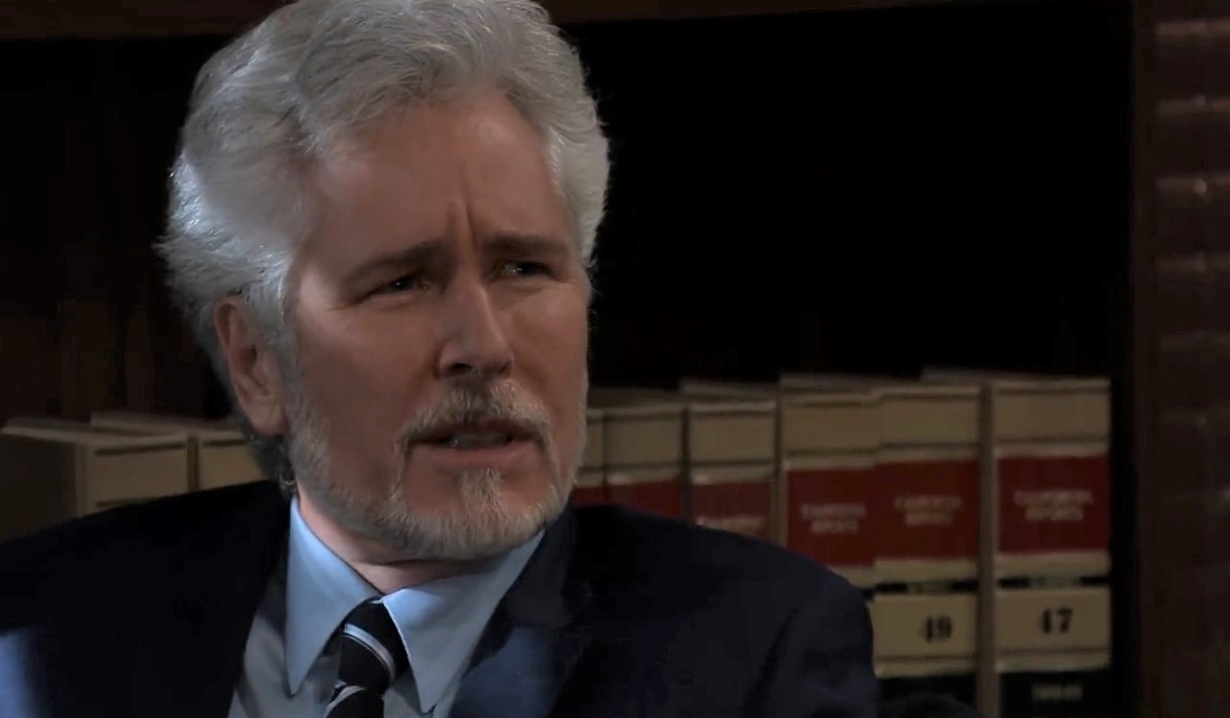 Martin arrives in his office and notices the blinds have been shut. Hearing someone, he whips out his pepper spray and squeezes it, hitting Julian in the face. After Jerome cleans his eyes, he asks for attorney-client privilege. He relays that he’s faked his death and needs to leave town. The lawyer doesn’t understand how this involves him. Julian explains that he was digging through his papers and found a surprising photo he’s sure Martin wouldn’t want anyone to see. He forces Martin to open the safe. It contains Nelle’s letter. Julian suggests he destroy it, takes all his money, and leaves with the photo. 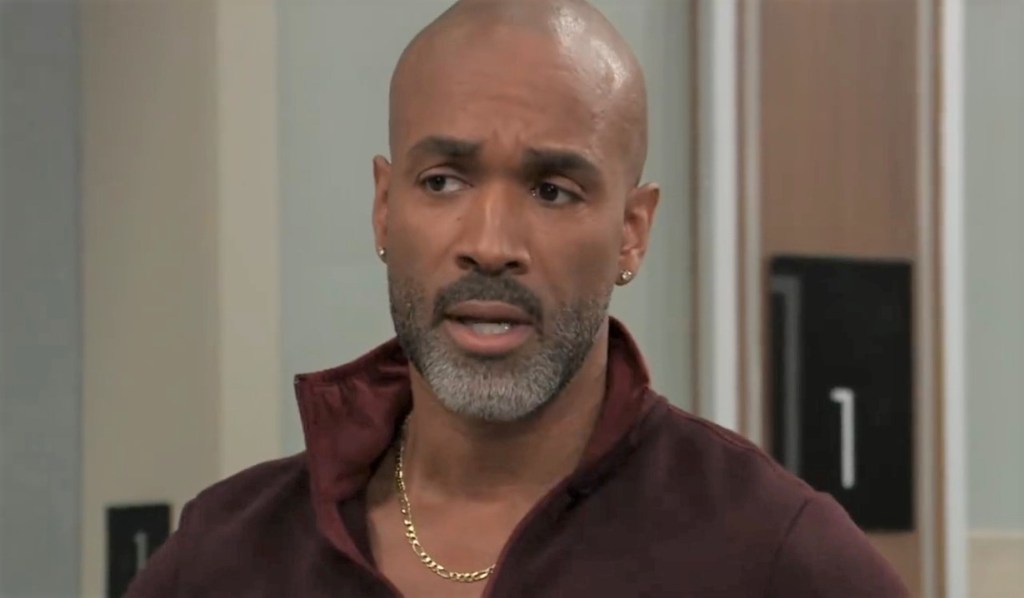 At General Hospital, Jordan and Curtis bump into Laura and pay their condolences for Lulu. The mayor tells them it’s imperative they find some dirt on Cyrus. Curtis says they may have a lead. Portia takes Jordan away while Curtis and Laura discuss his lead. She admits that she’s the murderer from the case Cyrus was looking into. After she explains what happened, he asks if the name Florence Gray means anything to her. He’s guessed that Florence was at the safe house. She admits that her biological father Gordon was married to Florence, but she never had much to do with them and can’t imagine how they are connected to Cyrus. Down the hall, Portia and Jordan discuss the explosion. The commissioner beats herself up for being away during the bombing. The doctor thinks that having Mac in charge right now might be for the best. Jordan says this will all be over soon. 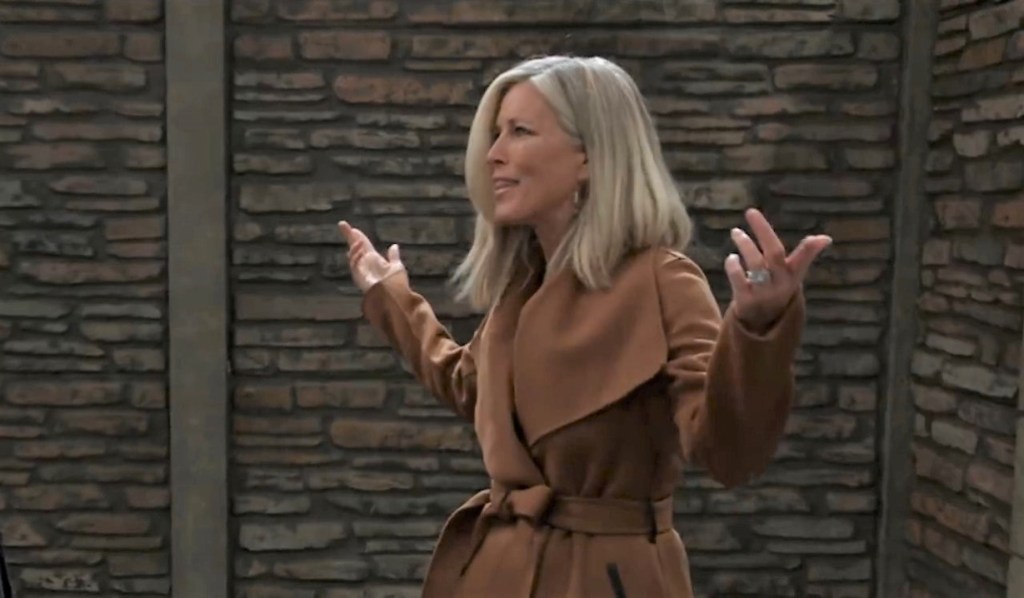 Carly meets with Taggert in the garden. He’s annoyed to hear she hasn’t sent a bodyguard to protect his daughter. They bicker about this and she wonders who he will blame for his problems next. He’s anxious for Sonny to finish their fight with Cyrus and wishes he’d killed him years ago. As he complains about sitting around all day, she lectures him and says that all of this is his fault. He calms down and apologizes. She encourages him to trust Sonny. 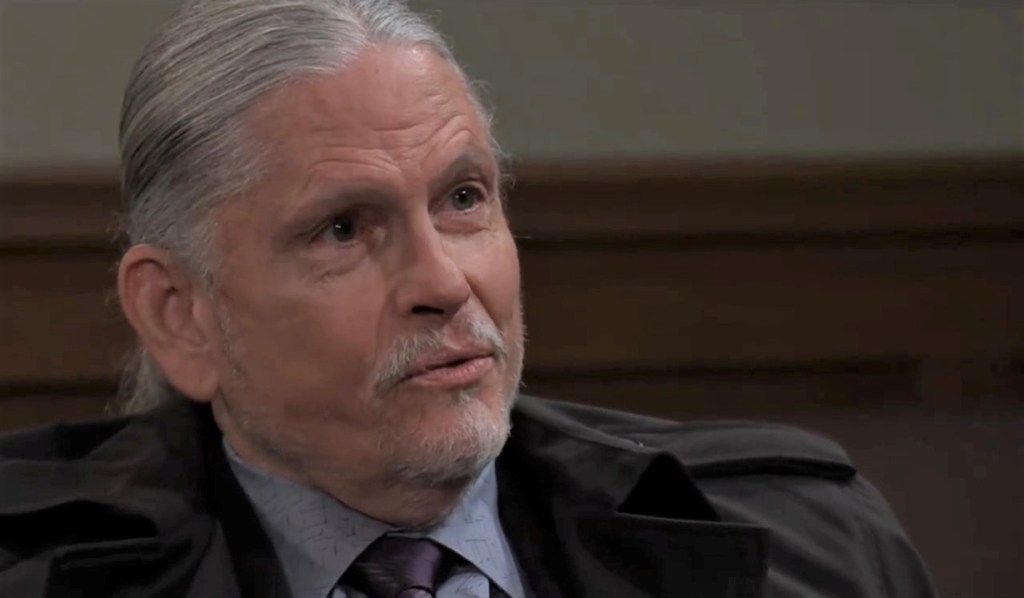 Cyrus meets with Jason and Sonny at their office. He informs them that Julian was behind the bombing. Cyrus claims that the Jerome asked him to eliminate Jason and he refused. After Renault leaves with Brando, Sonny wonders why he wants him to go after Julian so badly. He and Jason ponder this. They assume Julian is still alive and they need to find him.

One of Cyrus’ men corners Trina in the coffee shop. She threatens to call the cops, but he says he has information about her father. He asks her to wait. Cyrus soon shows up. She wants to run away, but he stops her to say her father is alive. Trina refuses to believe it. He insists that her father is just pretending to be dead to protect her. If that’s true, she wants to know where he is. Renault can’t say. She refuses to believe this and storms off. He calls one of his men and smiles as he says he’s sure Trina will hunt down her father for them. 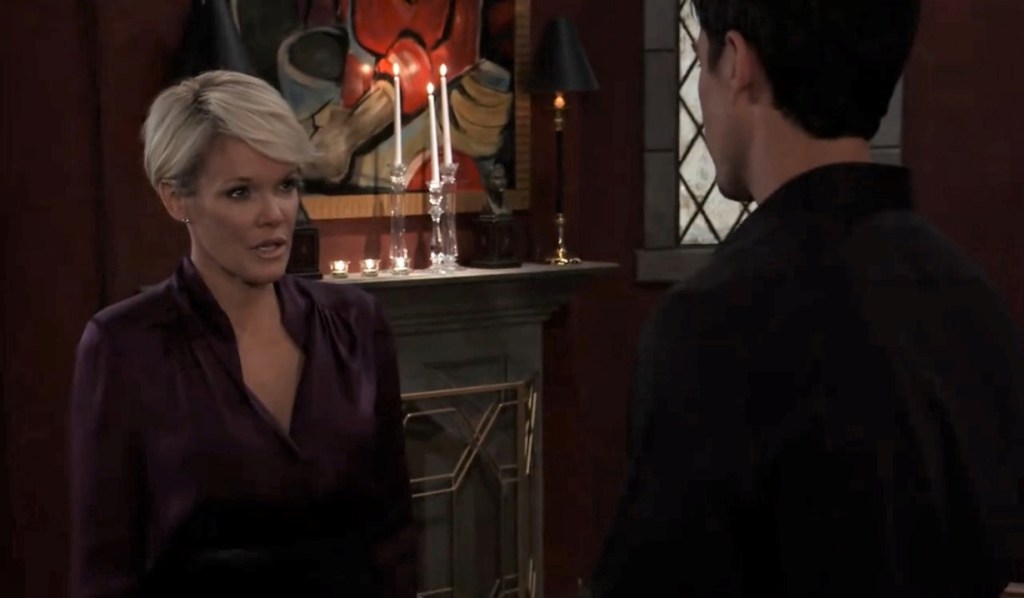 Ava looks over the ledge of the parapet at Wyndemere and thinks of Julian jumping off. Nikolas startles her. He saw her walking on the bluffs earlier and thought she might be looking for someone. She claims she was just pondering how to comfort him. The prince is sure that Lulu will fight her way back. His sister is his moral compass. As she talks about sisters and brothers, he wonders if she’s actually talking about Julian. They head inside and he thanks her for being optimistic about Lulu. He’s been relieved to have her support. She says it wasn’t for show. She loves him and their marriage is as real as it gets. Ava breaks the news that her brother is dead and claims it was because of her.

On the next General Hospital: Nikolas and Ava come to an understanding.

Get your free daily soap-opera fix for General Hospital — and all of the other daytime dramas — delivered straight to your email inbox by signing up for Soaps.com’s newsletter. And don’t miss our gallery of the most toxic soap opera marriages. 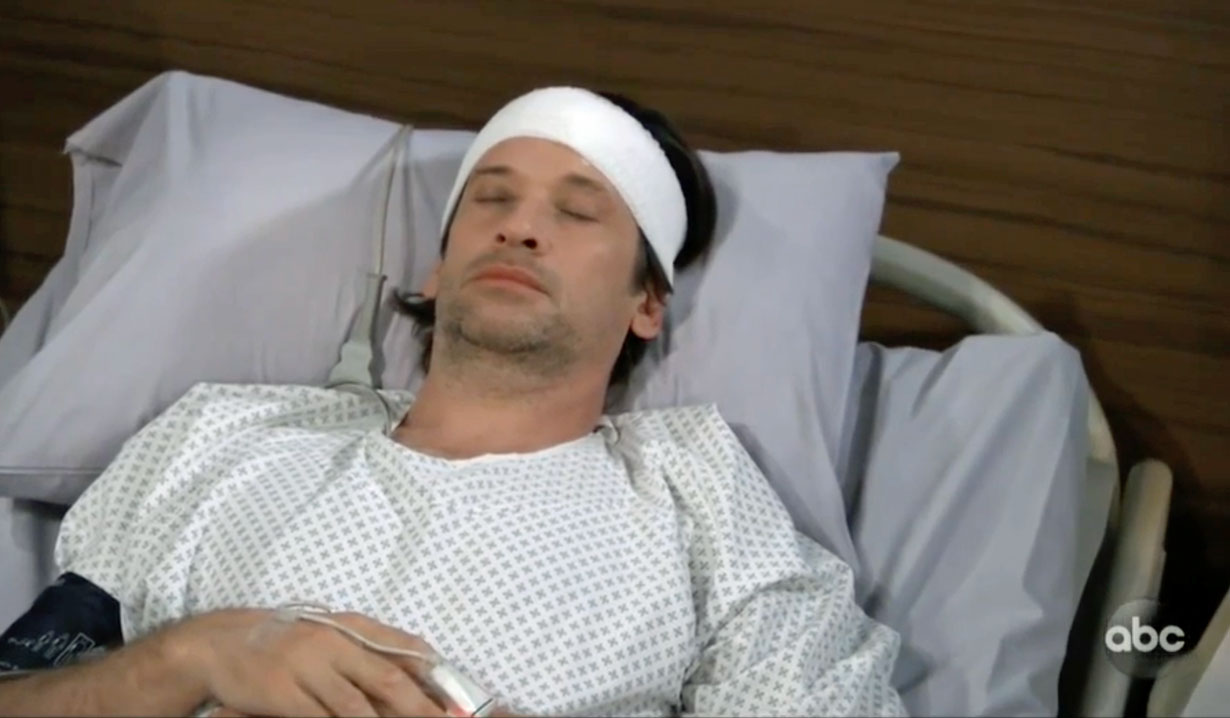 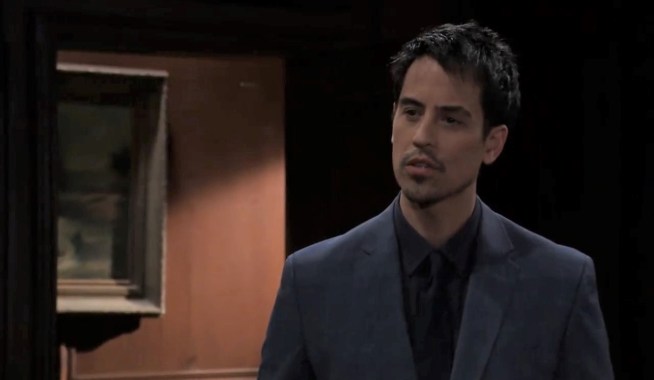