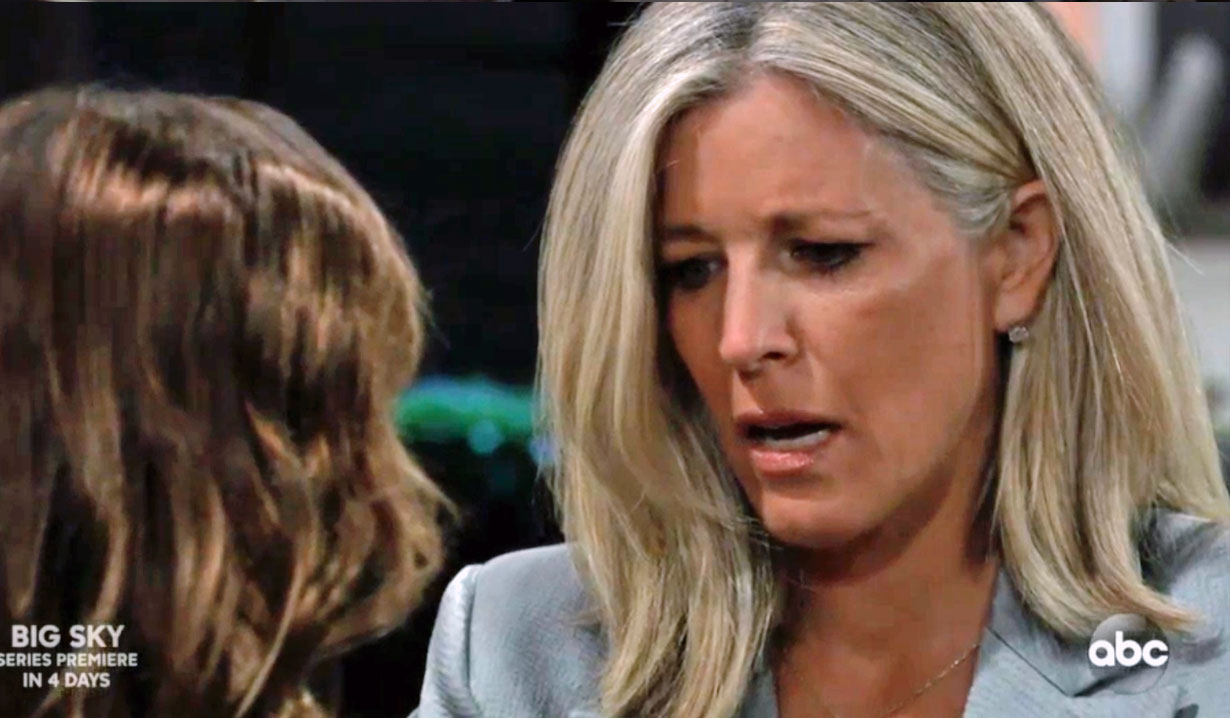 At home, Sonny reads a story to Avery about a little girl and her lucky charm. Avery says she has a lucky charm, Nelle’s necklace, which she is wearing around her neck.

At the Metro Court, Phyllis confirms to Nina that her baby survived. Phyllis says after Nina woke from the coma, she left the facility so quickly that she didn’t have the chance to tell her about her daughter. Nina asks what happened to her. Phyllis explains Nina’s mother directed them not to tell anyone about the baby because the father put her in the coma and was dangerous. Nina informs her that it was her mother who did that. Phyllis says Madeline said she couldn’t raise the baby, and she found a stable couple to adopt her. Phyllis details that she was the one who took Nina’s child to her new parents. She headed to a town in North Florida where she met the couple at a rest stop. The couple was nice, but she has no names and no way to trace them because that was the deal. They took the baby and she never saw any of them again. However, Phyllis hoped the child would come looking for Nina one day, so with Madeline’s approval, she gave her the other half of Nina’s heart necklace. Nina feels they are back at square one. In the private room, Sasha is stunned to see a packet of drugs fall out of the menu. Cyrus asks if she lost her appetite. She wonders how he knows about her appetite. He suggests she come back to his place for dinner. Sasha flashes back to agreeing to fake the affair with Chase. She snaps back to the present and accepts Cyrus’ invitation. 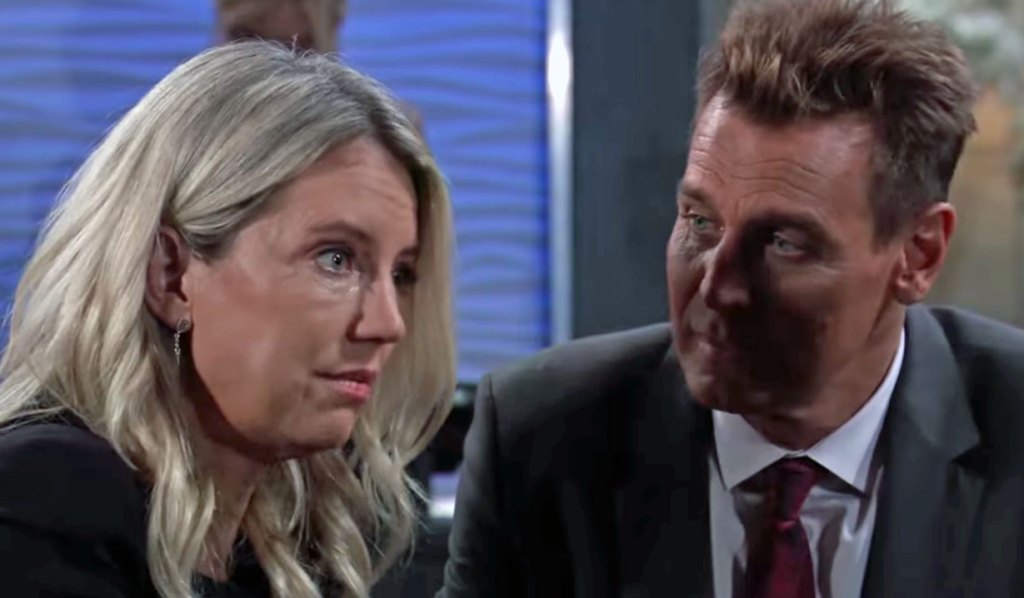 At the Quartermaine estate, Monica talks to Ned, who is convinced Brook Lynn is being manipulated by Valentin. Monica tells him to grow up and stop assuming Brook Lynn has no idea what she’s doing. Up in the nursery, Michael and Willow share a kiss. Michael asks Willow if she wants to sign the papers because he doesn’t. Willow isn’t ready to sign them either. They agree this is the right move and not to rush it. The two flirt. 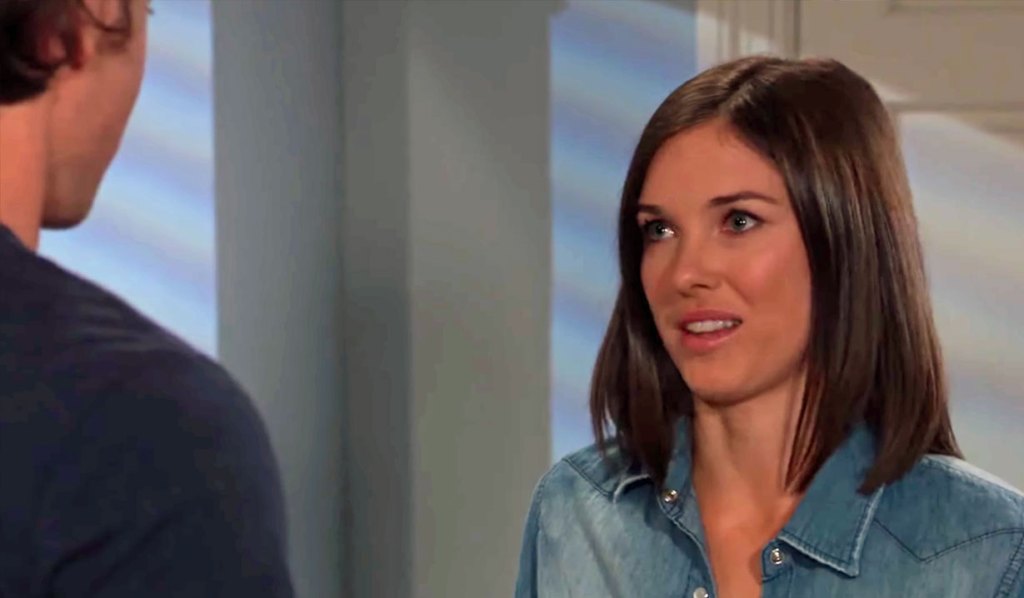 More: Looking back at ABC’s The City

At the hospital, BLQ pushes Chase to tell Willow the truth and let her make up her own mind. He agrees to talk to Willow but thinks she should go with him and talk to her father. 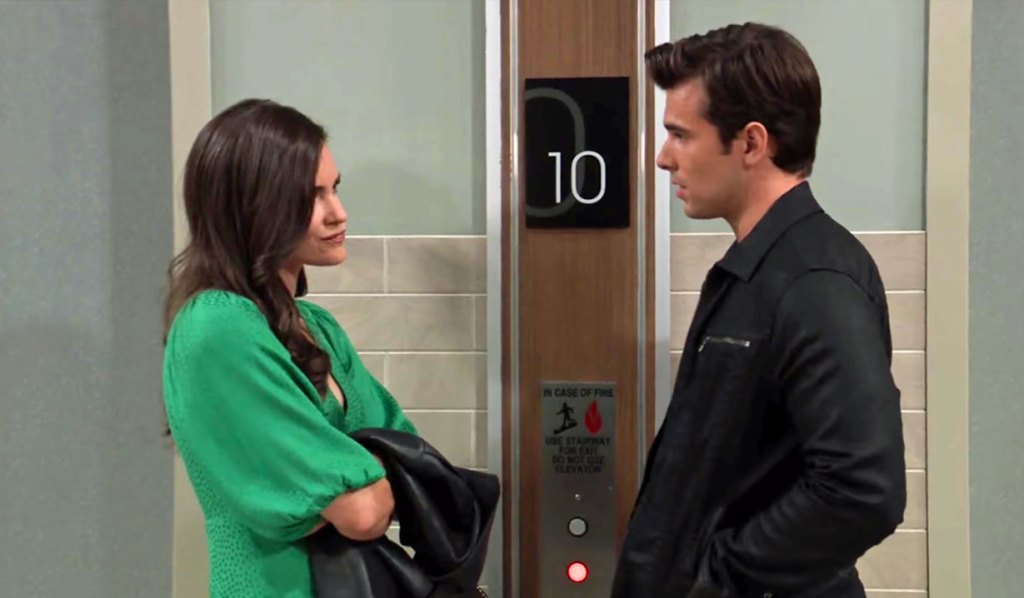 At Sonny’s restaurant, Carly seeks Jason’s help in dealing with Sasha. She fears Sasha is spiraling out of control, hanging out with Cyrus, and she’s doing drugs. Sonny joins them as Jason argues with Carly about staying out of Sasha’s life now that she’s connected to Cyrus, which could bring on a war they aren’t ready for. However, he says she can be there as a friend, just don’t go nuclear. Carly has to get home to get Avery ready for Ava. She departs, and Sonny thanks Jason for defusing Carly. 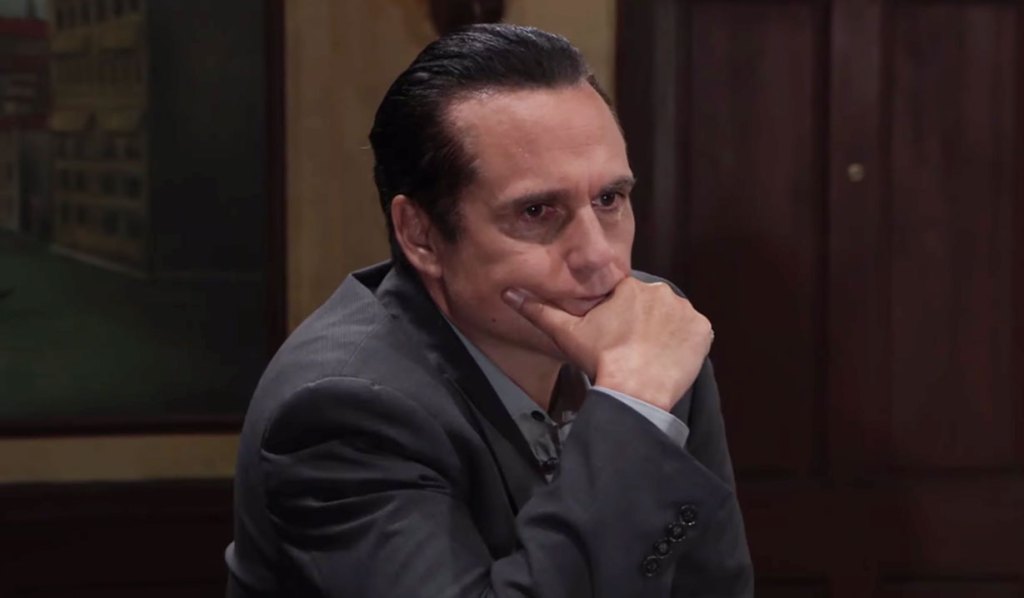 Brando sees Cyrus and Sasha home. Sasha excuses herself to the bathroom, and Cyrus dismisses Brando for the night. Brando warns him that Sasha is a trouble that he doesn’t need. Cyrus is positive he can handle her. A high Sasha returns, and Cyrus tells Brando goodnight. Brando leaves, but stations himself outside the door. Sasha dances around high as a kite and tells Cyrus whatever he gave her she gives it a ten. She decides to return the favor and gets close to Cyrus to seduce him. He wonders if she is there to punish someone else, or herself. Sasha becomes furious and says if she wanted a shrink then she would pay for one, and she doesn’t need his pity. As she goes to storm out, she grabs her chest and seizes. Brando rushes in as she collapses to the floor.

Brook Lynn and Chase stop by the Quartermaine mansion. Chase wishes to see Willow, but BLQ asks Chase to stay for a moment for support. Ned also invites Monica to join as a referee. Brook Lynn announces her decision to go home to Bensonhurst to live with her mom until she figures out what is next for her. Brook Lynn says the situation she is in, which only Nelle caused, has her needing to reevaluate her life and figure out what she wants the rest of it to look like. Chase excuses himself to locate Willow, and Monica shows him the way. Left alone, Ned supports Brook Lynn’s choice. However, he’d like her to stay in Port Charles to do her soul searching because he’s loved having her there. He begs her to move back in. Upstairs, Michael and Willow both admit they’ve been attracted to one another for a while. They lean in for a kiss, which results in them making love, twice. After the two dress, Willow tells Michael she’s finally allowing herself to feel good things about him. She takes his shirt off and they kiss some more, which Chase walks in on. 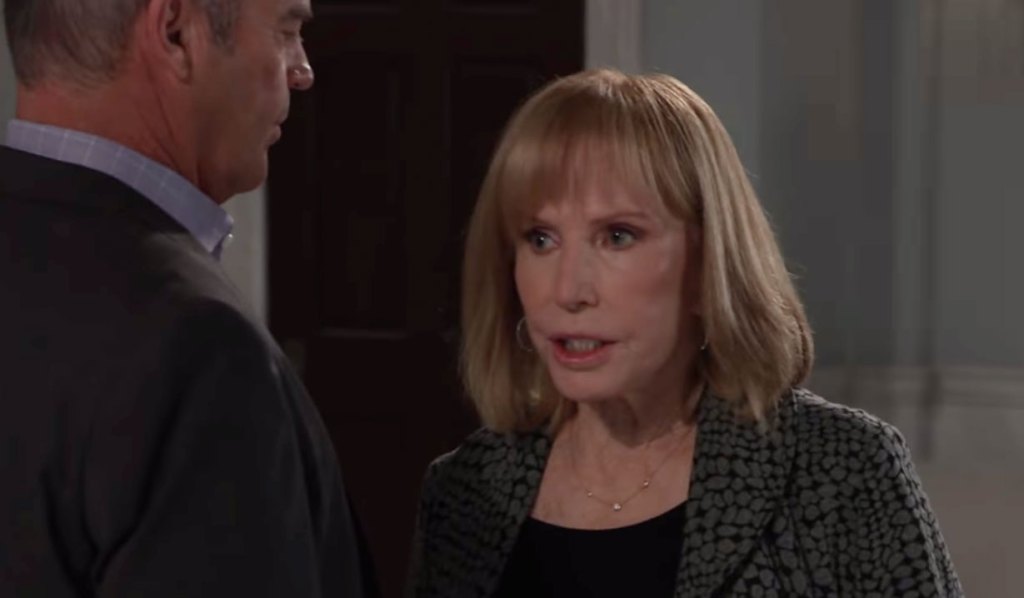 Carly returns home to take Avery to her sleepover with Ava. She notices Avery’s locket and is stunned. She remembers Nina telling her about the necklace. Carly realizes Nelle is Nina’s daughter.

On the next General Hospital: Carly makes a desperate call for help.

Get your free daily soap-opera fix for General Hospital — and all of the other daytime dramas — delivered straight to your email inbox by signing up for Soaps.com’s newsletter. And don’t miss our gallery of the startling new looks of soap stars.

Nina Asks Phyllis for the Truth...

Brook Lynn Plans to Return to...