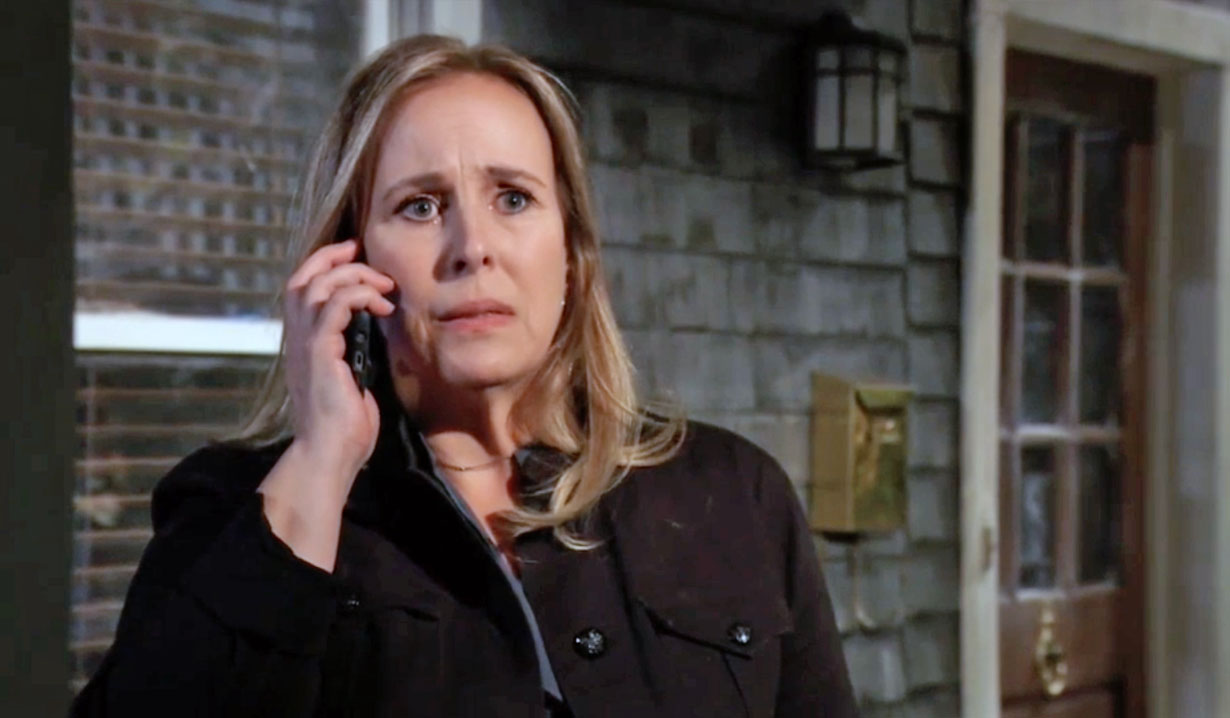 At the safehouse, Curtis, Jordan, and Laura are stunned to all see one another. Laura reveals her fundraising trip gave her time to go through Cyrus’ records, which led her to the safe house. Jordan comes clean that her medical leave was a ruse. Laura orders them to tell her everything. Jordan and Curtis tell her about the fabricated evidence against Cyrus, that he kidnapped TJ and has been blackmailing her for months, which is why she was forced to get him out of prison. Jordan hopes Laura understands that she did what she had to do as a mother. Laura admits she would have done the same thing, but they will at some point discuss her future with the PCPD. They get back to the investigation, and Curtis reveals someone was being kept in a room upstairs as a medical patient. They also show her the letter they found from Cyrus to this person, who he obviously cares for. Jordan further reveals that Cyrus has been looking into an old PCPD case. When she shows the case to Laura, Laura claims it doesn’t ring a bell. Laura says when they get back to Port Charles they will work on this together. Laura leaves and is visibly shaken. She makes a call to someone and says they are in trouble. 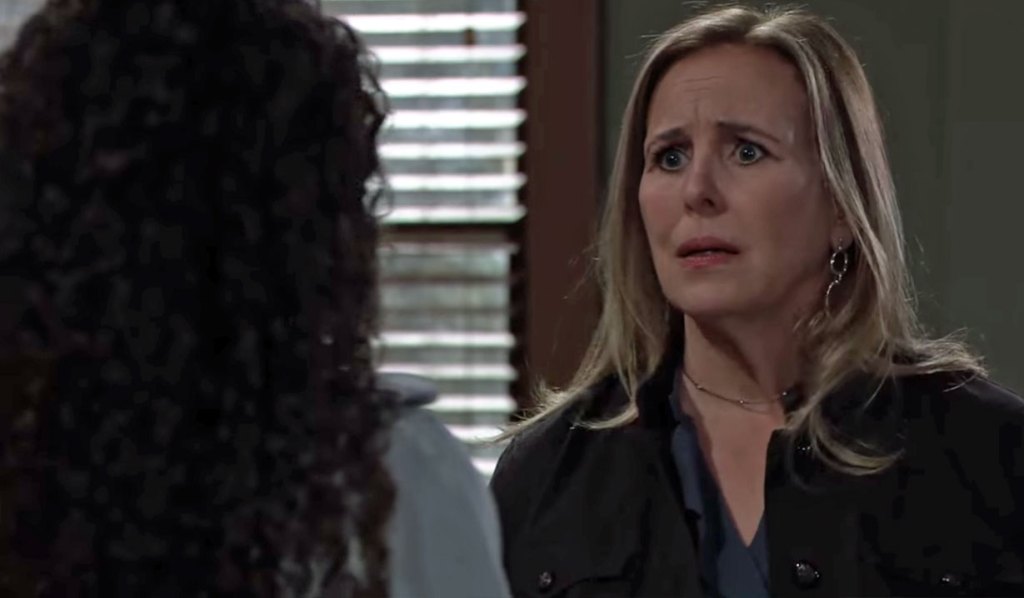 In Sonny’s office, Jason and Sonny discuss Cyrus, as well as Franco’s request. They are interrupted by Taggert, who wants to know what Sonny is going to do about Julian. Suddenly there is a knock at the door, and Sonny’s man tells him that Cyrus is there. Sonny and Jason exit into the restaurant and Cyrus demands an explanation about Lulu’s hatchet job. He thinks Sonny put her up to it, which violates their truce. Sonny assures him they didn’t act against him, but if he retaliates, he’ll be breaking the truce. Cyrus exits and Sonny and Jason return to the office. Sonny orders Taggert back home and to stay there, and assures him that he is watching Julian. 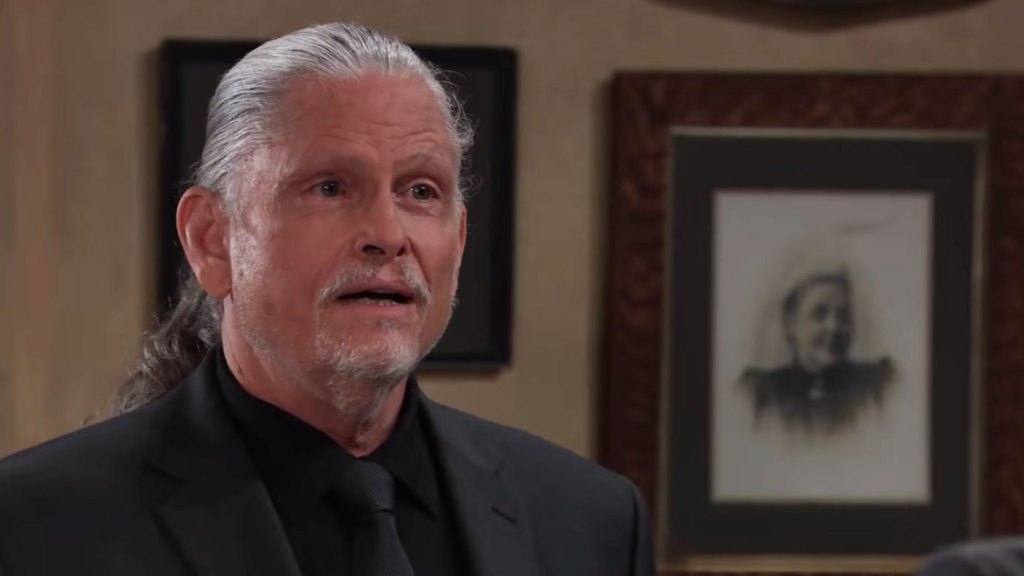 Scott arrives at Liz and Franco’s place. Franco asks Scott to look over his life insurance as he wonders if there is any type of death that might negate the contract, outside of suicide. Scott doesn’t find anything irregular and hopes his son isn’t planning something stupid. 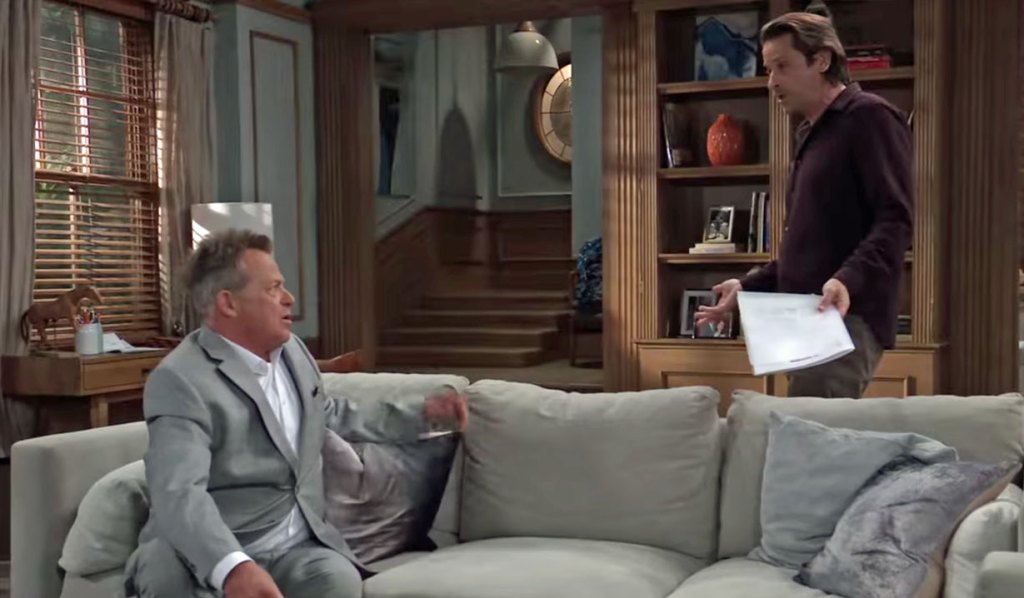 At the hospital, Gregory Chase (played by Gregory Harrison) arrives to see Finn and is glad to find both his boys together. After some awkward attempts at conversation, Gregory decides to leave so he doesn’t cause Finn’s blood pressure to skyrocket. Liz interrupts to check Finn’s vitals as Gregory and Chase step out. In the hall, Chase asks his dad if he was ever going to tell him about the divorce. Gregory insists it’s a separation, and that he and his mother will get through it. Chase is called to the station, so Gregory goes back to talk to Finn. He inquires about his granddaughter, and Finn admits she’s the greatest thing to happen to him. In Maxie’s room, Maxie asks whether Lulu still has feelings for Dante. Lulu admits she will always love him, but she’s built a life with Dustin. She reminds Maxie that Dante turned his back on them, and she worries he could do it again. In another hallway, Valentin arrives as Peter recalls to Anna that Alex told him people like the two of them are above consequences and accountability. He is ashamed that it made so much sense to him at the time. Valentin approaches, and Peter receives a call and tells them he’s needed at work. Once alone, Valentin asks Anna if she will tell Peter the truth. Anna has decided not to and that only the two of them and Finn will know about Peter. Valentin warns her not to tell Finn. Later, Anna goes to check on Finn and is glad to see Gregory exiting his room. They hug and she enters to see Finn. Anna asks about his chat with his father, and Finn says they talked about Violet. Finn says speaking of family, and then turns the conversation as to whether Peter is her or Alex’s son. Anna lies and says Faison carries the gene for Rheumatoid arthritis, so there is no way to know who his mother is. Anna says she will carry on being Peter’s mother. Gregory interrupts to let them know he’ll be staying at the Metro Court and he’ll see Finn tomorrow. 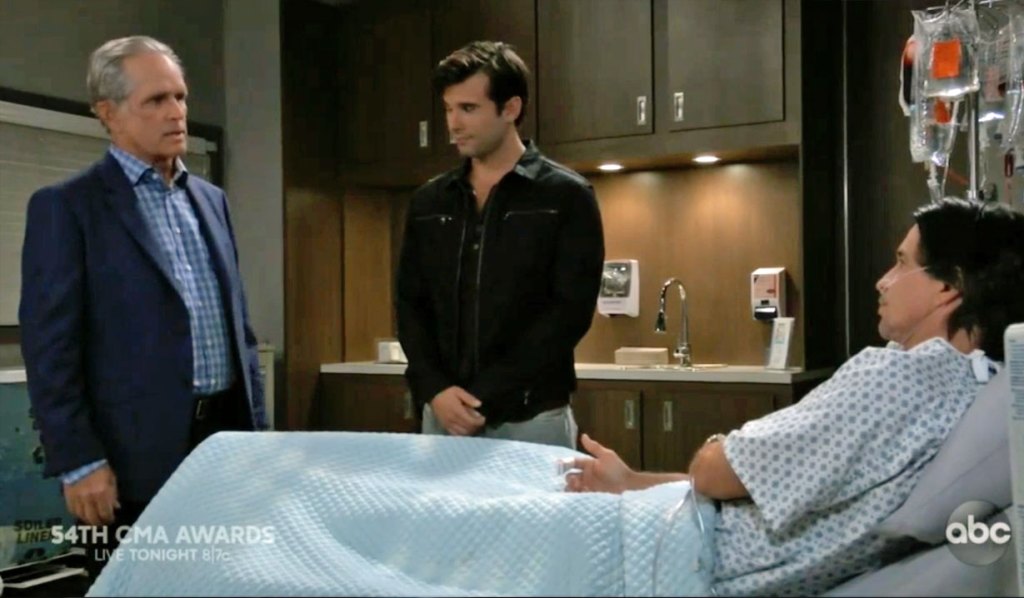 In the Invader offices, Dante accesses Peter’s computer to copy account files to a USB drive. Peter suddenly bursts in and asks Dante what he’s doing there. Dante replies, “Following orders,” and reaches for his gun. Peter wonders whose? Dante says his and reminds him he’s the head of security. He says they got a notification of an unauthorized hack. Dante removes the USB drive and tells Peter that his computer is safe. Dante departs, and Peter appears suspicious. Later, Valentin stops by to check on Peter. Out in the hall, Dante calls Dr. Kirk and lets him know he got it. 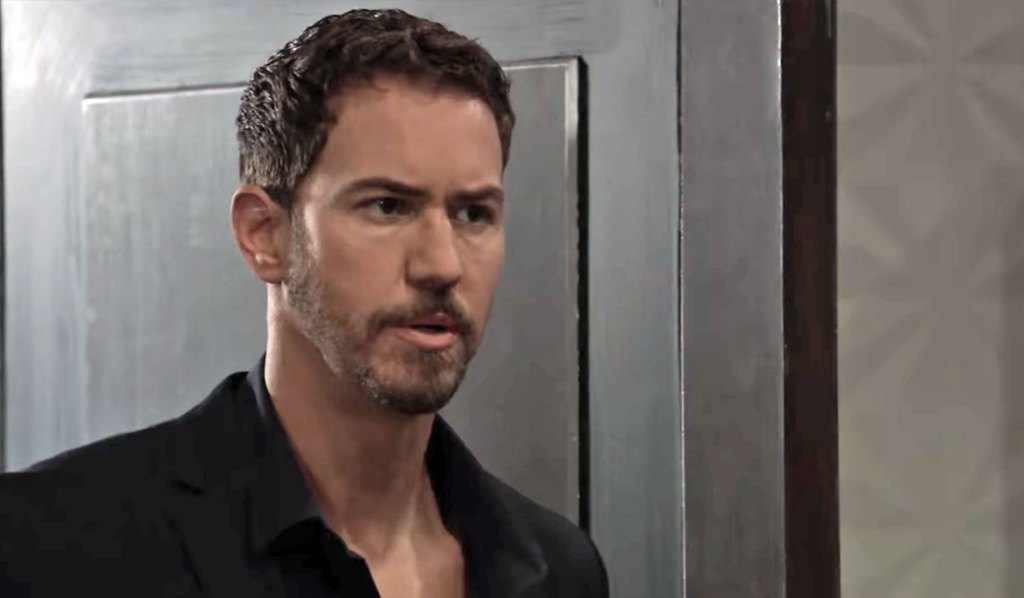 Back at Liz and Franco’s, Liz returns home and asks Franco if he’s ready to talk about what is going on with him. They sit on the couch, and Franco admits his brain tumor is back. 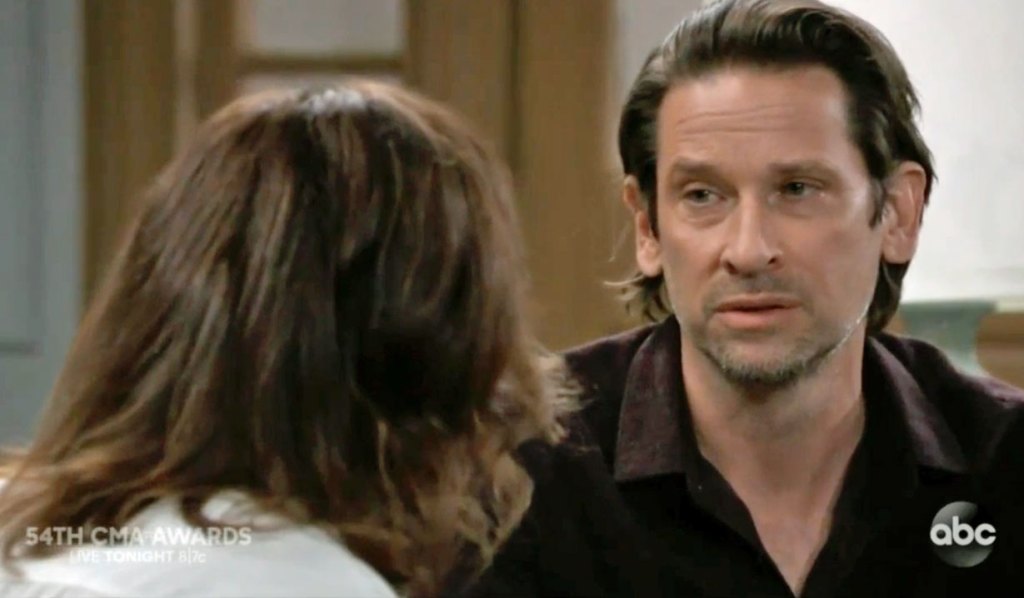 On the next General Hospital: Carly tells Jax there’s news about Nelle.

Get your free daily soap-opera fix for General Hospital — and all of the other daytime dramas — delivered straight to your email inbox by signing up for Soaps.com’s newsletter. And don’t miss our gallery of soap stars’ new looks.

With Guns Drawn, Curtis and Jordan...

Nina Asks Phyllis for the Truth...