With Guns Drawn, Curtis and Jordan Are Shocked by Who Appears in Cyrus’ Safe House 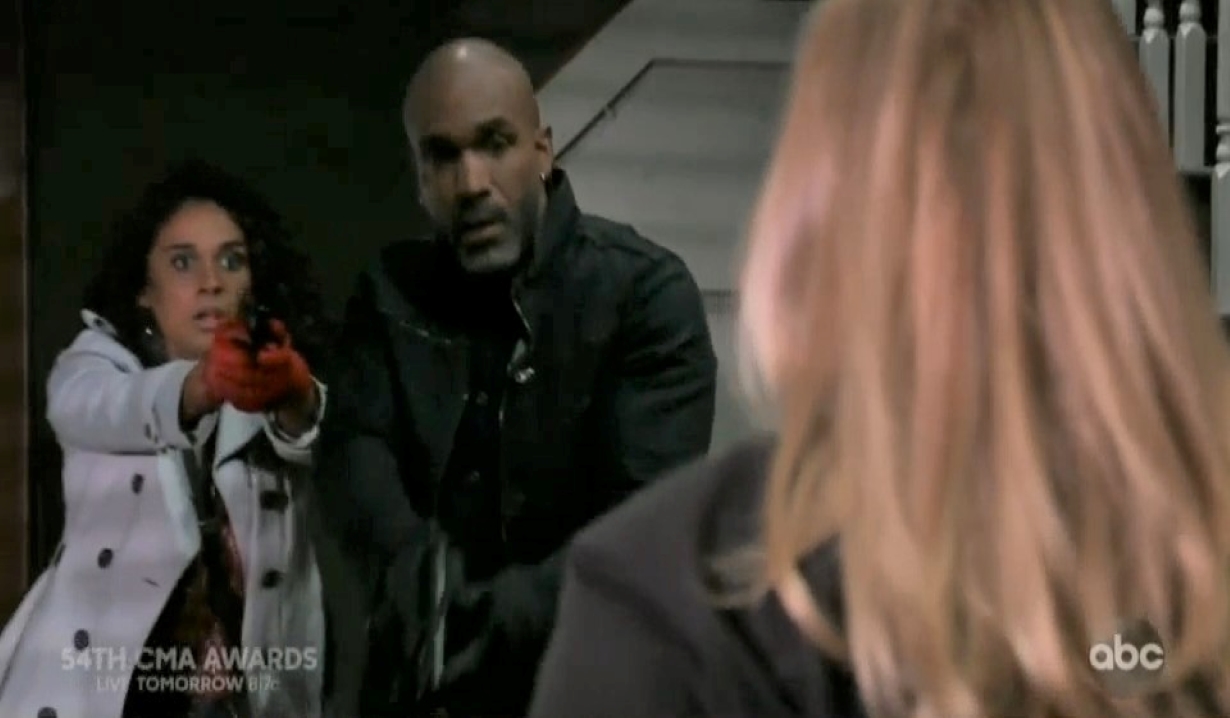 In Astoria, Oregon, Jordan and Curtis approach the safe house. There are no guards and the furniture is covered. They break in and search the place, finding some drugs. He finds an envelope and pockets what’s in it before discovering a burned postcard in the fireplace. It’s from Cyrus, hoping someone gets better. They assume this points to Renault’s Achilles heel. Suddenly, they hear someone coming and whip out their guns. They are stunned when Laura appears. 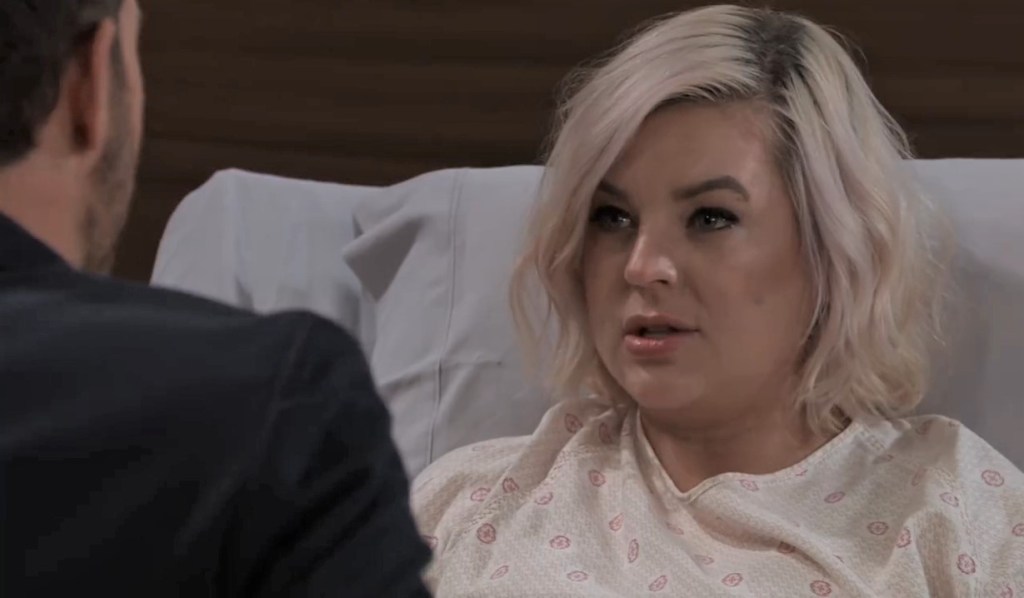 At General Hospital, Cyrus corners Lulu. Dante watches as he threatens to make her life difficult. Renault and the reporter bicker until Dante strolls over and tells him to back off. Cyrus observes how closely tied the mayor is to the Corinthos family and suggests the public should be more concerned about that. After he wanders off, Lulu lectures her ex for interfering. Down the corridor, Maxie worries to Peter about what will happen if Finn doesn’t make it. She says he should be checking on his mom, not her. Maxie doesn’t even understand what Alex wanted from them in the first place. He thinks back to his last conversation with Alex and then claims they have nothing in common. Lulu comes in to see her friend. Maxie asks Peter to fetch chips. When he walks off, Maxie quizzes her friend about Dante. Lulu complains about his hero streak. Maxie suggests that the cop needs her. Meanwhile, Robert finds Anna in the chapel. She tells him about shooting her sister and Alex going overboard. He asks if it has been confirmed who Peter’s mother is. This sets her off. She’s been disturbed that she just killed her sister and Finn is facing death. Scorpio reassures her that Finn will pull through. Epiphany comes in to explain that Finn is in critical but stable condition. After she leaves, Robert offers Anna his shoulder to lean on. 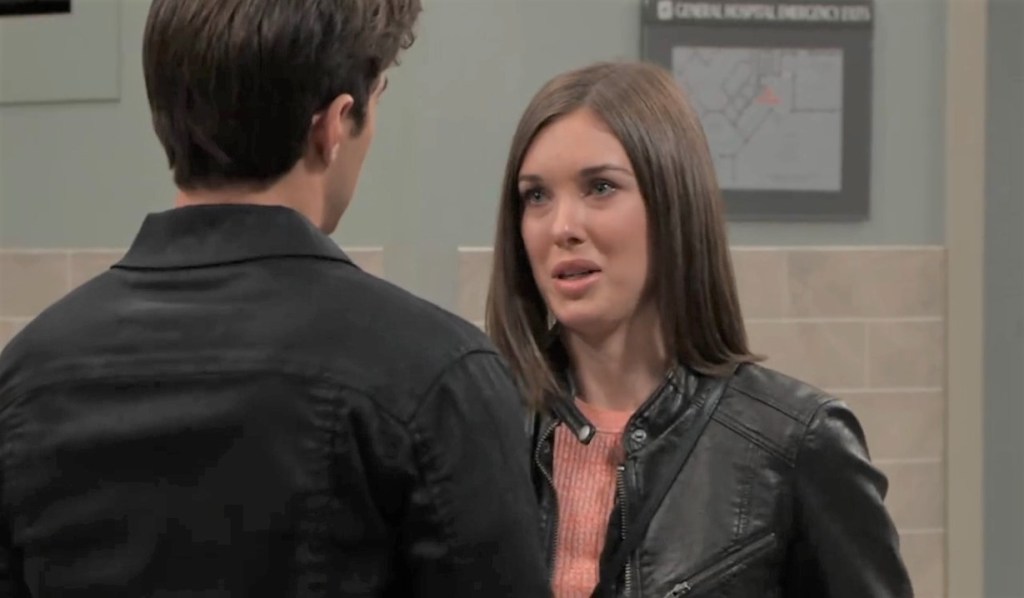 A few floors up, Willow leaps off the elevator. She rushes over to Chase since she’s heard what happened to Finn. He fills her in and explains his brother was finally willing to spend time with the family. She encourages him to think about good things. The cop gets distraught as he contemplates that he might have to tell Violet her father is dead. Anna runs over and tells them Finn is stable. She heads down the hall to see him as he wakes up. He worries about her daughter and she reassures him about Violet and explains she shot Alex. She’s realized life is fleeting and wants to spend the rest of her life with him. They agree to marry as fast as possible. Back down the hall, Willow tells Chase that she and Michael are getting an annulment. Before she can explain what this might mean for her future, Anna interrupts and tells Chase to go and see his brother. Once the cop runs off, Willow corners Epiphany and asks about nursing. In Finn’s room, he and his brother talk about their relationship. Chase assures him that he has exceeded his expectations as a brother. Soon, someone unexpected arrives. Back down the hall, Olivia bumps into Robert and he tells her that he’s just messed things up with Anna. She reassures him and says he’s a good friend. Dante joins them for a quick catch up and then takes off. Anna bumps into Peter by the elevators and reiterates her promise that Alex is no longer a threat. He admits that if she hadn’t rescued Maxie, he doesn’t know what would have happened. 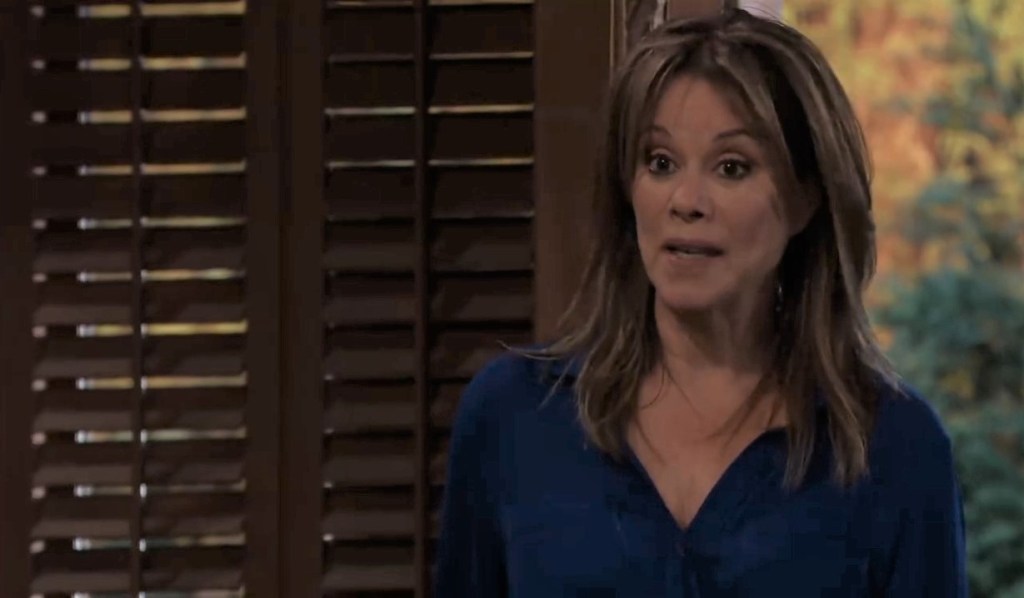 Ned shows up at Alexis’ place. She’s reluctant to let him in since Sam already gave her a headache. He asks if she was drunk when they slept together. He’s worried about her drinking and wants to help. She suspects he’s more worried she’ll slip up and tell his wife they slept together. Opening the door, she assures him she’s not going to say anything.

Dante goes to the offices of the Invader and searches.

On the next General Hospital: Dante puts himself in the line of fire.

Get your free daily soap-opera fix for General Hospital — and all of the other daytime dramas — delivered straight to your email inbox by signing up for Soaps.com’s newsletter. And don’t miss our gallery of the ups and downs of Julian Jerome’s life. 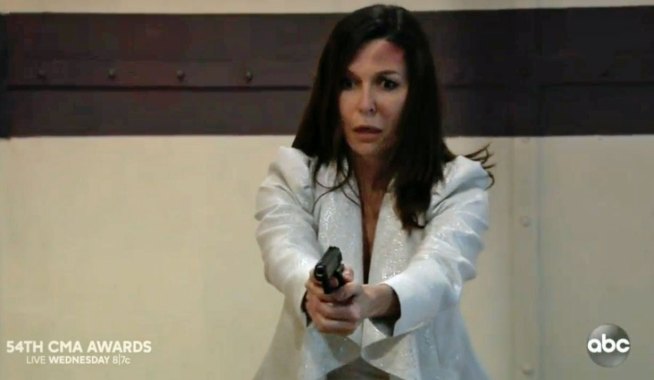 After Gunfire Is Exchanged, Alex Makes a Move That Stuns Anna and Maxie 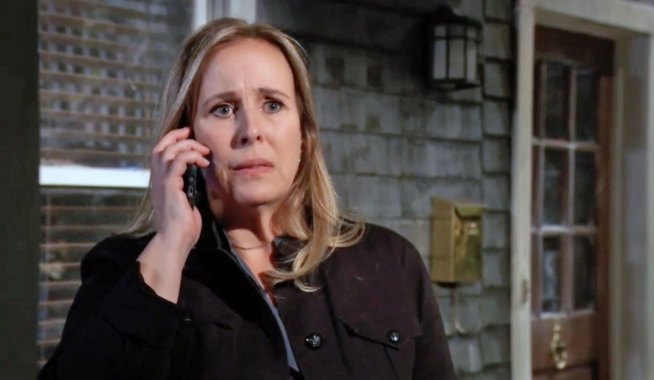