Wednesday November 4, 2020: Today on General Hospital, Jordan confesses everything to Portia, Jackie has news for Chase, and Alex prepares to kill Anna and Valentin. 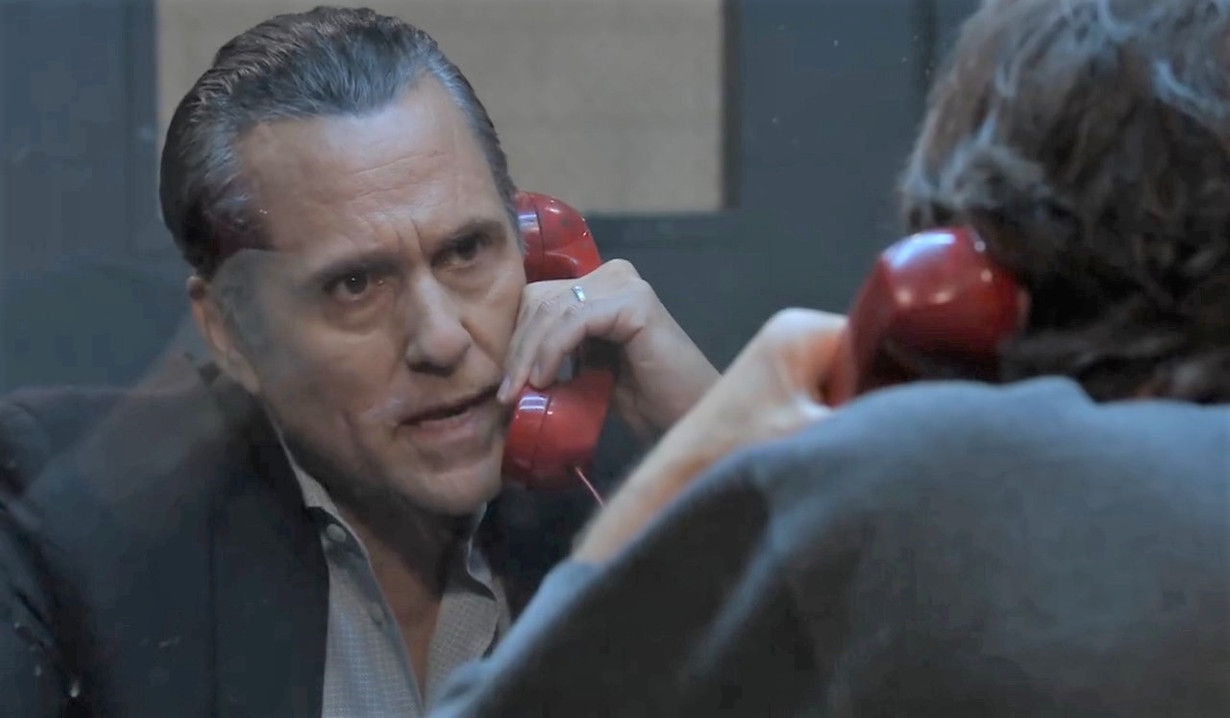 Cyrus is at Charlie’s, surprised that Julian has suddenly decided to accept his offer. Jerome asks him to stop Ryan from sending information to Sonny. He unpacks what happened with the baby and Lucas’ accident. Cyrus is smug listening to this. They strike a deal and Renault wanders out. Meanwhile, Jackie sits with Finn, who is wondering where Anna is. Chase joins them with pictures of Violet trick or treating. The cop says that watching Finn horsing around with Violet reminds him of when he used to play with his dad. He can see that Finn is worried about Anna and encourages him to go. As soon as the doctor leaves, Jackie gets a text and explains she has to take off too. Before she can, she reveals that a family reunion isn’t in the cards. She and his father are getting divorced. 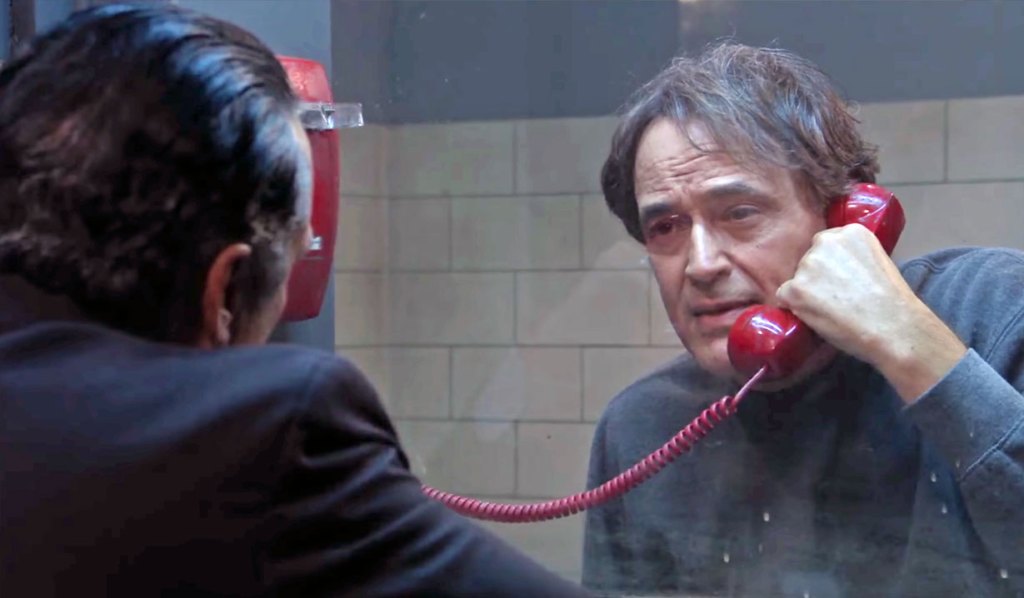 Ava arrives at Pentonville, eager to see Ryan. The guard says not today. In the visiting room, Sonny tells Ryan that he doesn’t want to play any games. They bicker and Sonny gets threatening. They can hear Ava yelling at the guard. Ryan points out that she’s desperate to stop him from talking. Sonny goes out and demands to know what Ava is doing. She claims she’s just trying to stop Ryan from playing mind games with him. Her desperation to stop this only convinces him he needs to talk to Ryan. When they return to the visiting room, however, Ryan has collapsed with a knife in his back.

More: Why Frisco needs to return 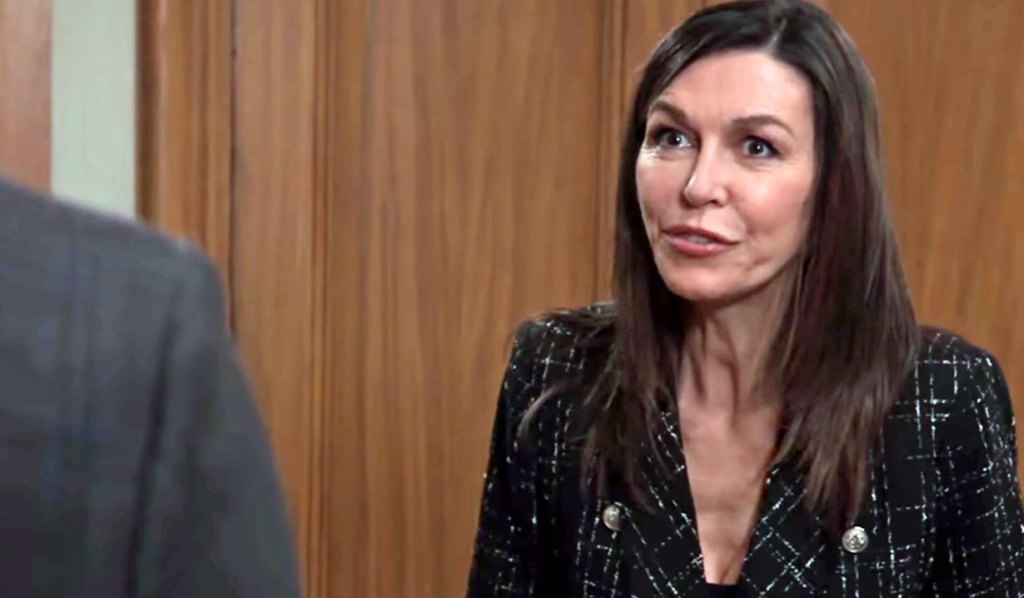 At Anna’s, she wriggles out of her gag in the basement and calls for help. Before Valentin can go down, Alex jabs a hypodermic needle into his neck. After he collapses, she whips out a blade and holds it to his throat. Before she can kill him, the phone rings. It’s Finn, who offers to come home. She says she’s busy with Valentin and then goes back to bickering with him. She prepares to slit his throat again when Anna runs up the stairs with her gun out. Her sister orders her to put on some cuffs or she’ll kill Valentin. He tells Anna to take her shot but she puts the gun down. Once Anna is cuffed, Alex picks up the gun and knocks her out.

Anna wakes up in a warehouse, tied to a chair with Valentin. Alex sets a pressure cooker to explode in an hour and opens up the gas valves. She steals Anna’s engagement ring and tells her that Finn is headed for heartbreak. She takes off to see Peter and Maxie and Anna tries to wake up Valentin. 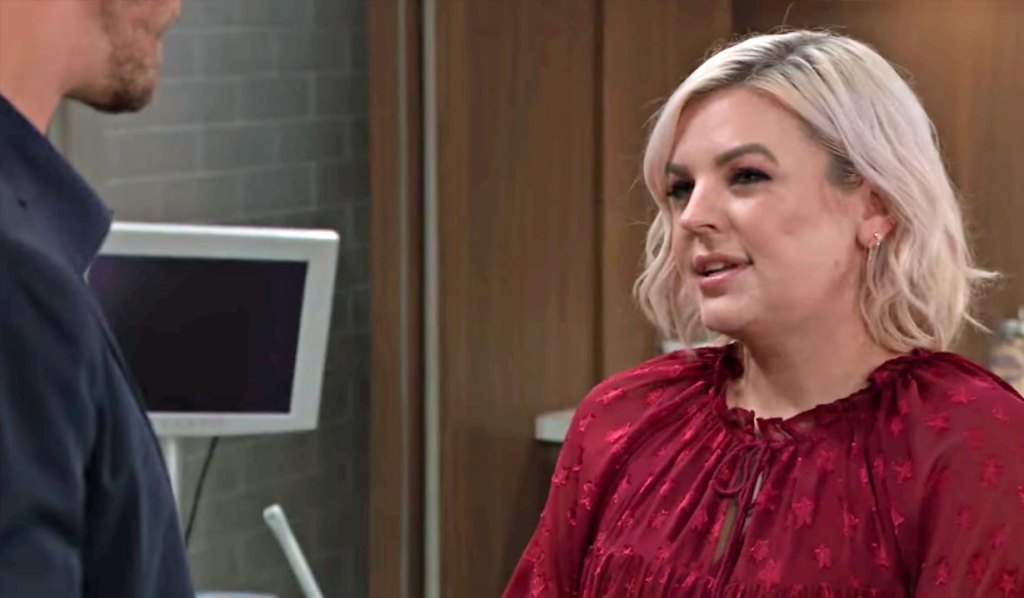 At General Hospital, Portia accuses Jordan of being a dirty cop and working for Cyrus. The doctor threatens to call the feds. Jordan says she’s right about all this but she’s only doing it to protect her child. She explains that Cyrus abducted and tortured TJ. Portia admits she’d do the same thing in her place and apologizes. The cop adds that she worked with Taggert to frame Cyrus. Jordan worries about her situation and Portia offers to help her. Down the hall, Peter rushes into the exam room where Maxie is. He missed their meeting with the doctor, but she got sonogram pictures and a sound recording of the baby’s heartbeat. He’s thrilled, sure that this will finally give him the chance to be who he always wanted to be. She loves how mushy he is being. He feels like the baby will be his redemption. Maxie explains that a baby may change you, but not completely. Peter insists that the child will be his new lease on life. When they head into the corridor, Alex arrives and happily looks at the sonogram. Sonny and Ava arrive. He wants to find out what’s happening to Ryan. When she’s left alone, Ava calls her brother and tells him the miraculous news. It’s not clear that Ryan is dead. Over by the nurses’ station, Cyrus meets Jordan for a meeting. She tells him to rethink shutting down the protest. She collapses.

On the next General Hospital: Curtis seeks answers.

Get your free daily soap-opera fix for General Hospital — and all of the other daytime dramas — delivered straight to your email inbox by signing up for Soaps.com’s newsletter. And don’t miss our gallery remembering the run of Search for Tomorrow. 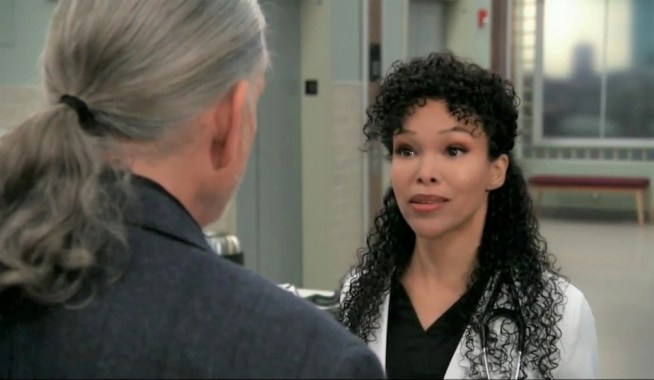 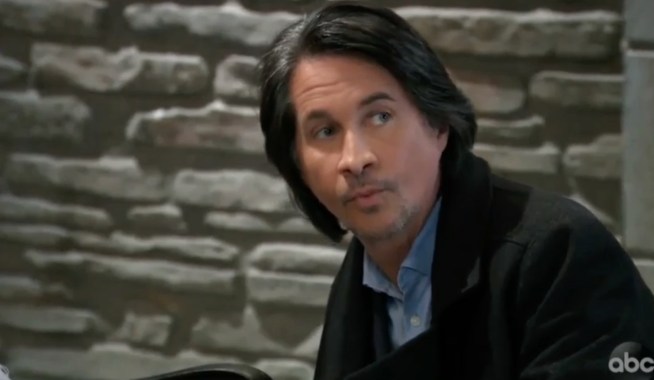