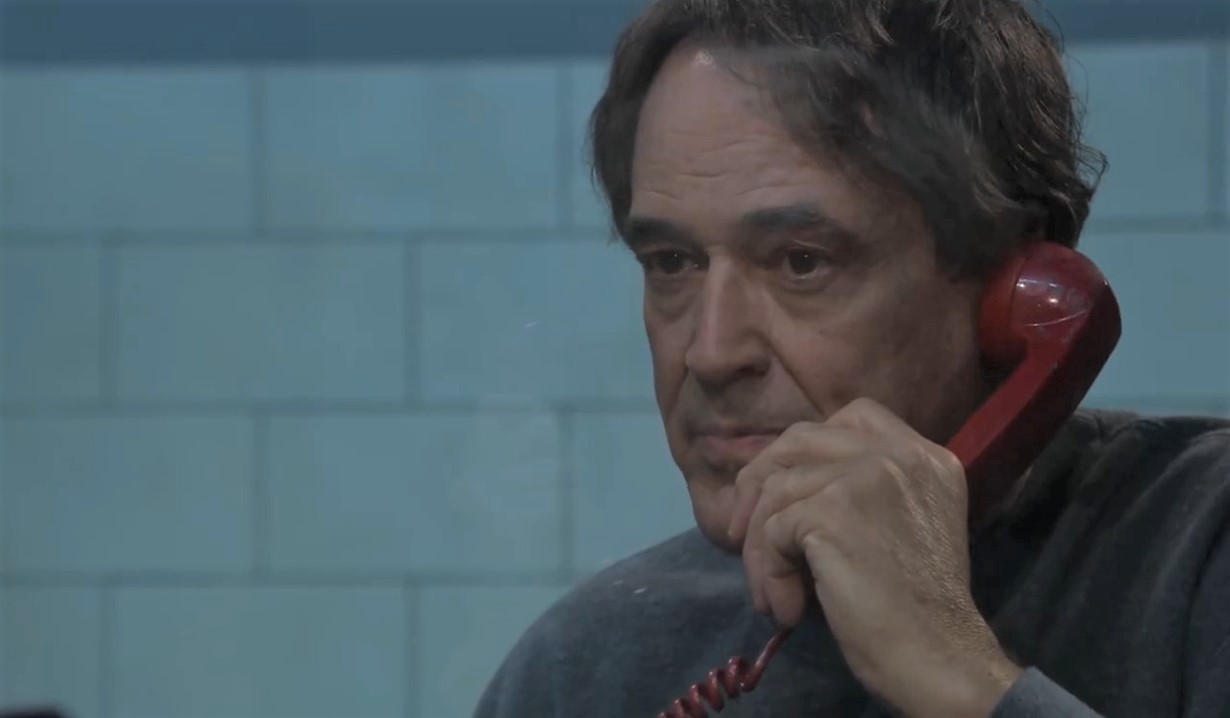 Ava visits Ryan at Pentonville. She claims she’s divorced Nikolas as he asked and shows him the fake paperwork. When she demands the letter from Nelle, Ryan gets the guard to fetch it. Once she has the envelope, she tells Ryan this is the last time he’ll ever see her. But when she opens it, it’s just a note asking if she thinks he’s stupid. He screams at her for being a liar and vows she will pay as a guard drags him out. 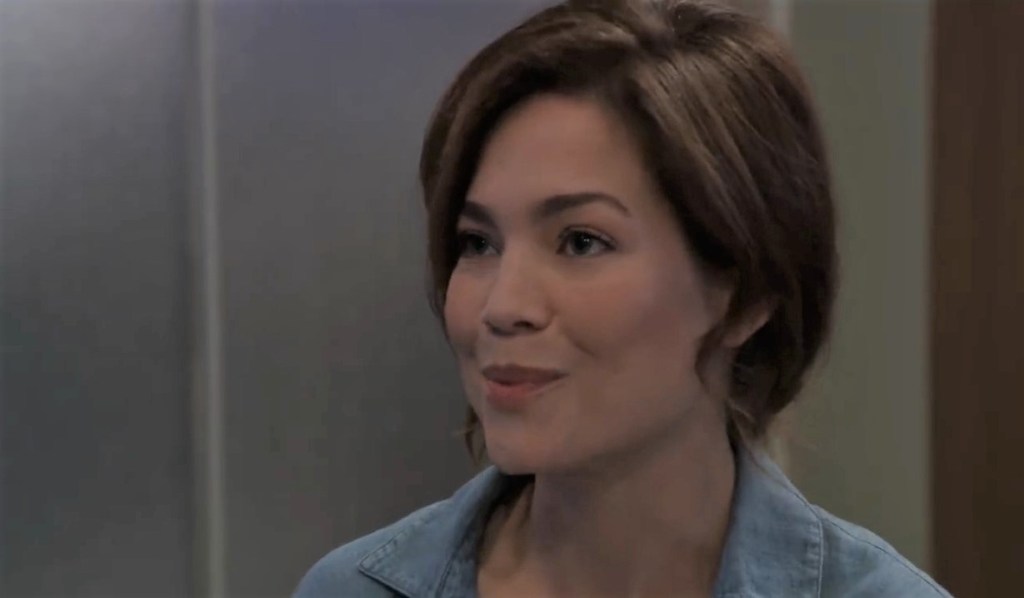 Liz and Nikolas walk the halls of General Hospital. She admits that she and Franco were behind the blackmail. The nurse explains they did it as revenge since the prince was playing a game with her marriage. He claims his feelings for her were genuine. She admits that Ava kissed Franco, which means they both broke the infidelity clause. Meanwhile, Terry drops by an exam room to see Franco. The doctor tells him he has a malignant growth on his front lobe. He thinks of his recent dreams and what happened with Ava’s painting but claims that he has no symptoms. Terry tells him the tumor is inoperable. There are more tests to run before they can talk options. He insists that they keep this from Liz for now. It would be too much of a burden on the family. Liz interrupts and Franco claims Terry just stopped by to check on him. 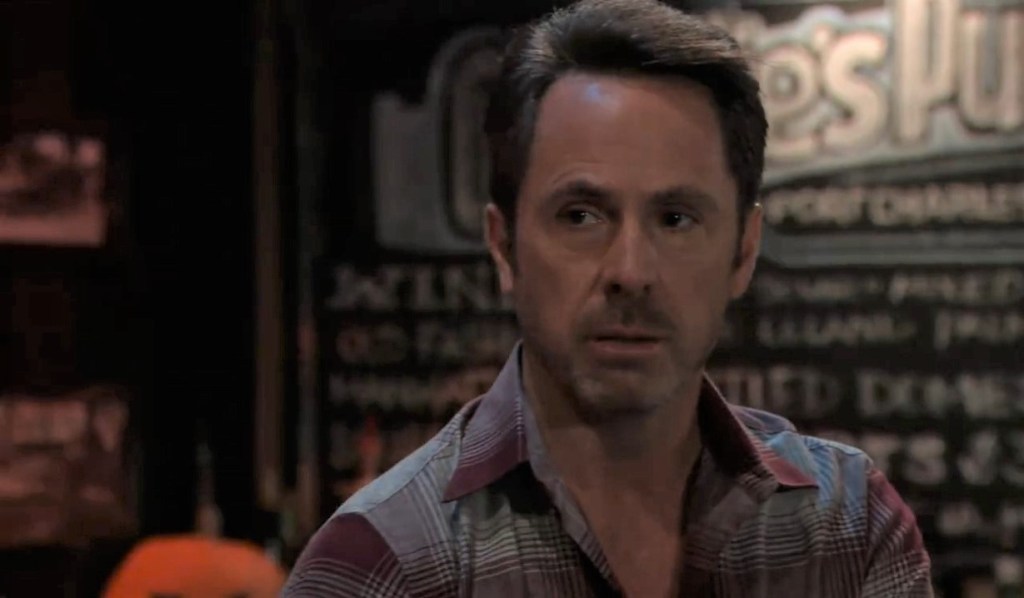 Julian tries to chase someone in costume as Darth Vader out of Charlie’s. When he knocks his mask off, he sees it is Taggert and remembers him from their fight at the pier. Taggert runs away. Julian finds his phone on the floor. His sister shows up and explains her plan with Ryan failed. Nikolas arrives and Ava explains that her scheme to fake out Ryan failed. She asks if he will divorce her for real to protect her family. The prince promises to find another way to get him off her brother’s back. 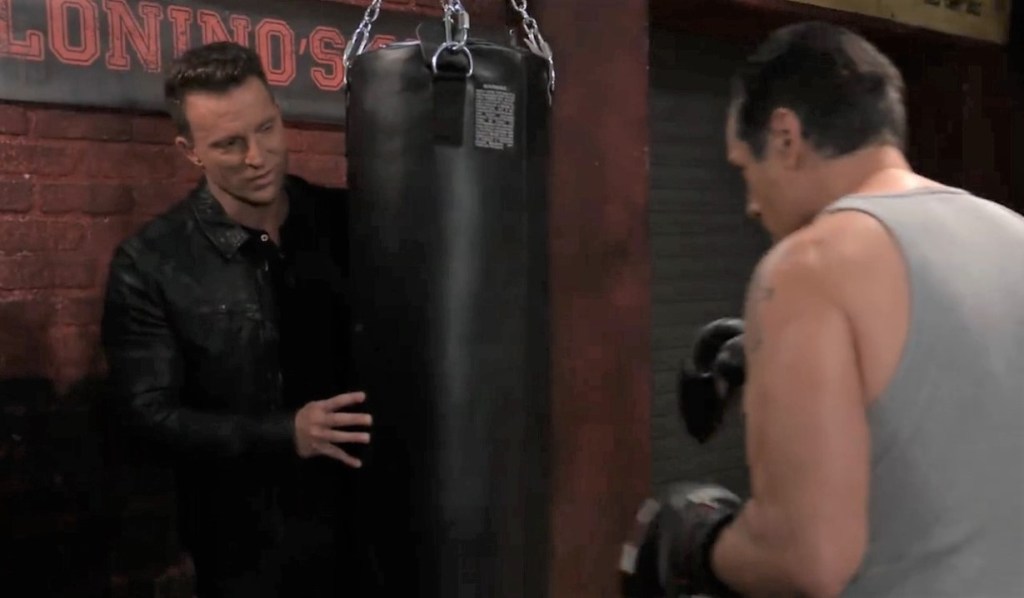 Jason drops by the gym to see Sonny. He informs him that Sasha has been hanging out with Cyrus. If he’s been giving her drugs, he’s broken the truce. Jason says there has been an abnormal quantity of ODs lately. Cyrus must have found an alternate route for his drugs, likely the hospital. The power goes out. As Jason checks the generator, Taggert appears. Sonny wonders why he’s back. Taggert says the body count is rising and he’s not waiting around. He’ll be sticking around in hiding. Sonny says they are going to stash him where they can keep an eye on him. As Jason explains that he’ll hide Taggert in Kate’s old place, Sonny gets a collect call from Ryan. 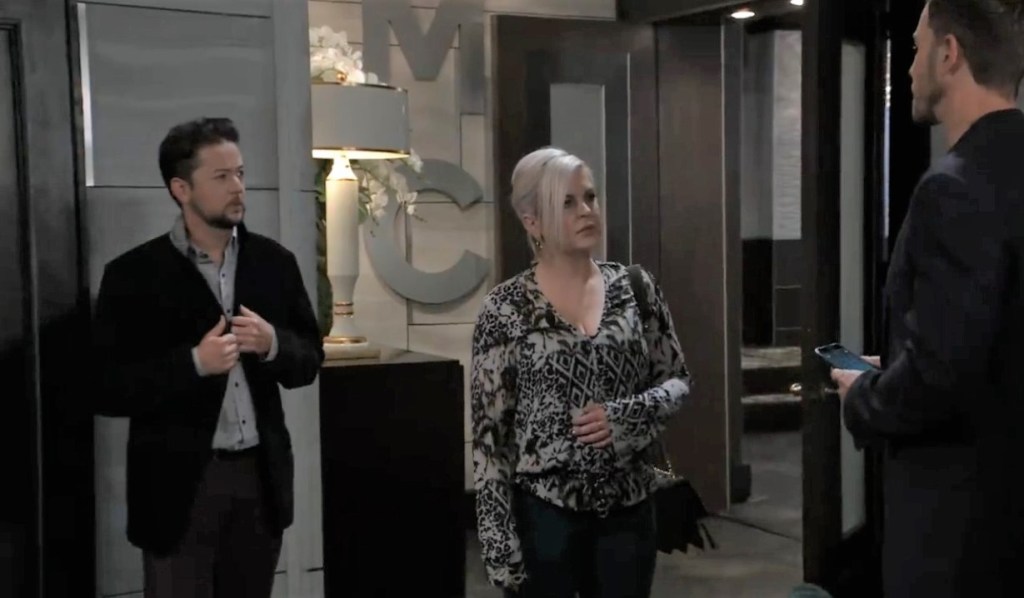 At the Metro Court, Peter is shocked to hear Helena’s voice on the phone. He runs into a corner to remind her she’s dead. She says they have some unsettled business and can expose his role in Drew’s abduction. Maxie and Spinelli interrupt him as he gets off the line. He and Maxie take a table as Spinelli heads upstairs. He finds Sam with a computer and a voice program she’s been using to impersonate Helena. They rub their hands and assume that their plan to trap Peter is working. Soon, Peter calls and requests a meeting tomorrow night. 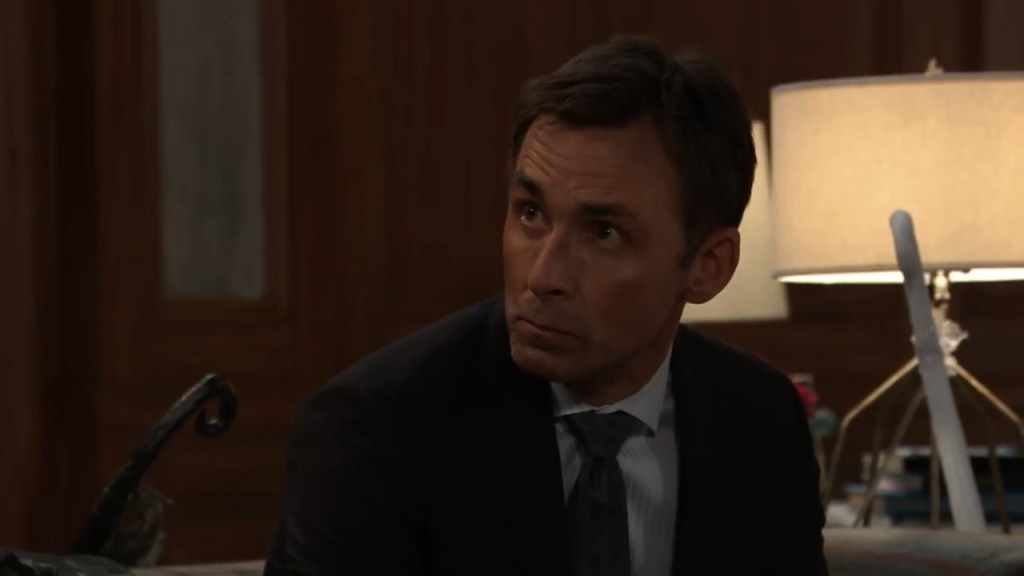 At Anna’s, she tells Valentin that the evidence proves Alex is Peter’s mother after all. He says that he felt like the bottom dropped out of his world when he learned the truth of his parentage. At least this proves she didn’t sleep with Faison or ruin Peter’s life. She’s outraged by all the lies and smashes a glass. The power goes out. She rails about her sister and he points out that Alex also manipulated him using Peter. Devane says Peter needs to know that her sister will be after him and his baby. Valentin insists it’s for her to decide if she lives or her sister does. He leaves to start digging into things. When the power comes back on, Alex (played by Finola Hughes) appears in a witch’s costume and clobbers her. After stashing Anna in the basement, Alex starts handing out candy.

On the next General Hospital: Carly and Bobbie anxiously wait for news.

Get your free daily soap-opera fix for General Hospital — and all of the other daytime dramas — delivered straight to your email inbox by signing up for Soaps.com’s newsletter. And don’t miss our gallery of Helena Cassadine’s most wicked moments. 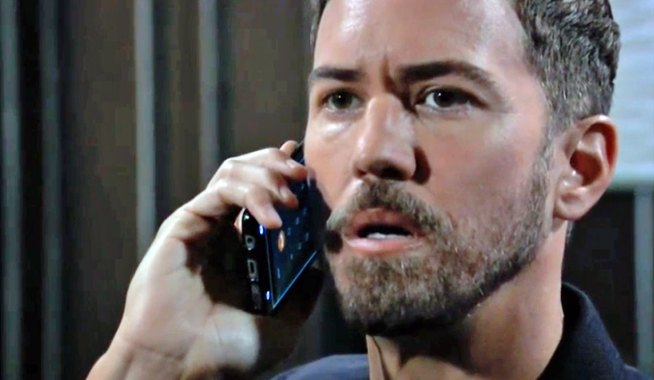 Peter is Stunned When He Receives a Surprise Call From [SPOILER] 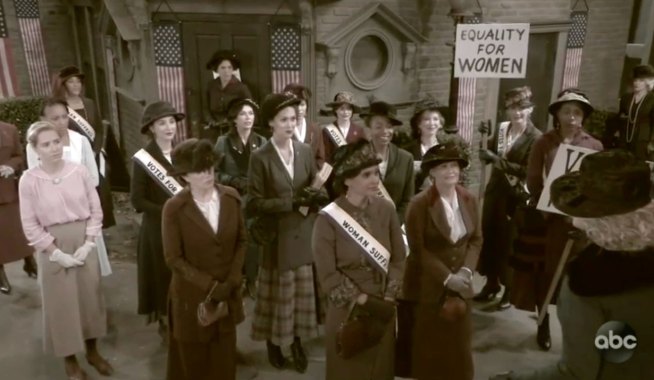