Monday October 26, 2020: Today on General Hospital, Dante is disturbed by Maxie's news, Anna and Finn break into the lab, and Jackie refuses to help Robert. 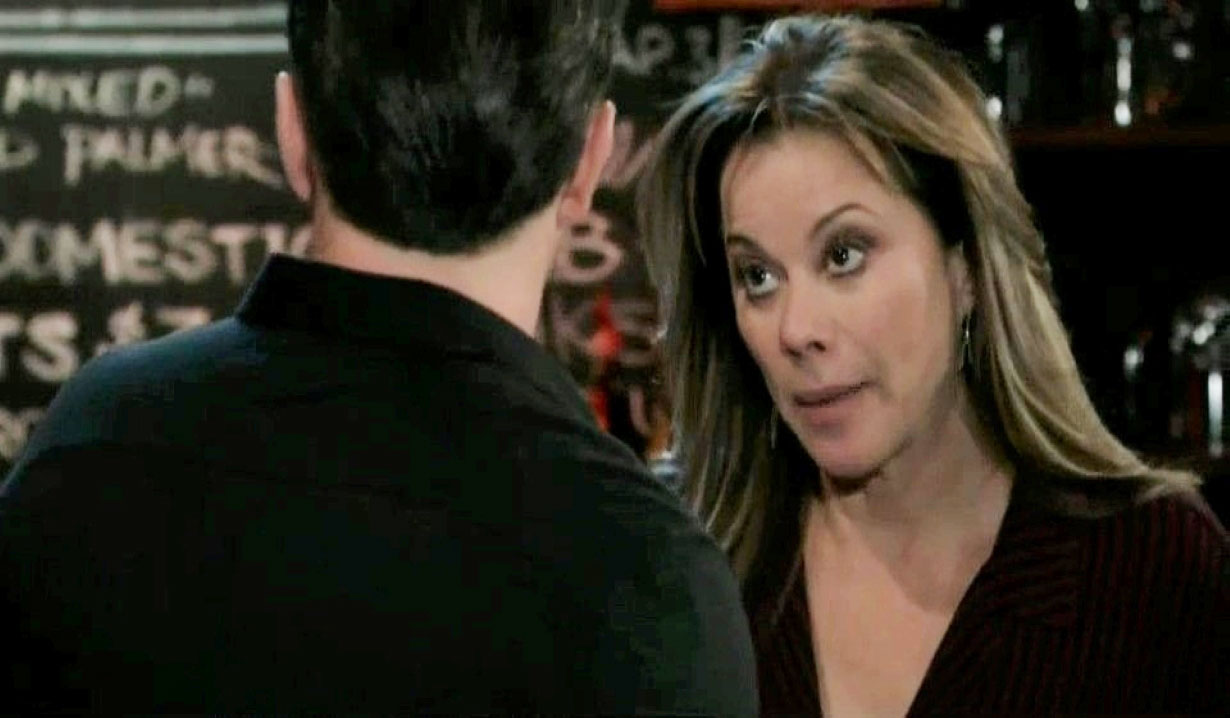 On the street, Julian makes a call to get rid of Ryan but has no luck. He heads into Charlie’s and stops Alexis from ordering another vodka at the bar. She tells him this is none of his business. He assumes she’s looking for a fight or someone to stop her and reminds her she called him the last time she slipped. Alexis says it’s his fault she’s an alcoholic since he tried to kill her. A bottle is better for her than he ever was. Wanting to do something good with his life, Julian asks her to let him help. She lectures him again for ruining her life and blames him for Neil’s death. He tries apologizing but she only wants to be left alone. Julian refuses and won’t let her waste her life away in his bar. Crying, she says he’s been a cancer in her life and walks out.

More: It’s a perfect time to bring back Ric 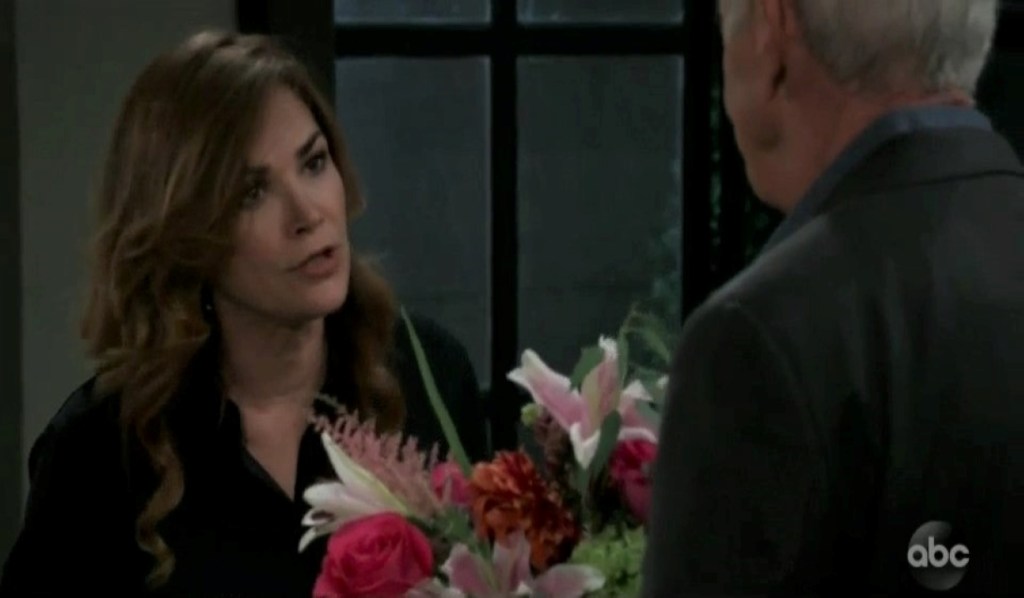 Robert brings some flowers he swiped to Jackie in her room at the Metro Court. He hopes she’s reconsidered taking down Peter. The journalist says she’ll write a story if she finds one but that’s it. Besides, if Peter is as bad as he thinks he is, he shouldn’t be waiting for her to help. He asks what the deal is between Finn and his father. She avoids answering and Peter calls her to say her contract has been approved. When she gets off the line, Robert says it has been nice to hang out with her lately. She offers to catch a game with him some time. 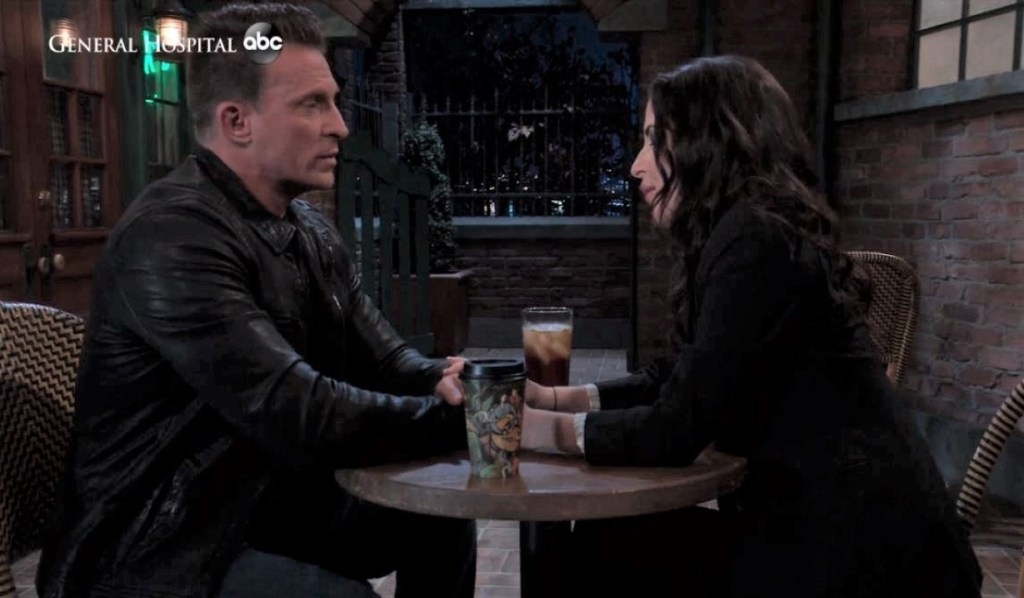 Outside of Kelly’s, Sam asks Jason to help her decorate the apartment for Halloween. That sounds good to him, but he needs to be on guard because of the Cyrus situation. Spinelli arrives and brings up Peter, eager to expose him before he can get his name on the birth certificate of Maxie’s baby. He explains how Peter framed Obrecht and wonders how Anna can’t see who he really is. Sam and Jason head inside and she asks him why he hasn’t said anything to her about Peter’s involvement with Shiloh. He promises to tell her more in the future. It just never crosses his mind. Back outside, Robert approaches Spinelli and they catch up on their plot against Peter. He gets a text from Olivia saying that Dante is back and wonders what could have expedited his release.

Anna and Finn walk the halls of General Hospital and mull over her plan to sneak into the lab to get a piece of Faison’s brain. She hopes that she can’t confirm whether or not Alex is Peter’s mother. Anna worries that she is the only thing tethering Peter to the good side. Meanwhile, Kevin runs tests in the lab until Lulu startles him with food. She admits she’s worried about Dante and unpacks the complications of his return. Dustin has been patient and gracious, but she’s not sure what she wants to do. Time didn’t stand still when Dante was gone and she can’t pretend that what she has with Dustin isn’t real. The doctor urges her to take her time to work out her feelings. After he closes the lab, Finn and Anna break in. Kevin catches them. They try making excuses to no avail. Devane asks to speak to Dr. Collins alone. She reminds him that they were victims of experiments and she wants his help confirming whether or not Peter is her son. 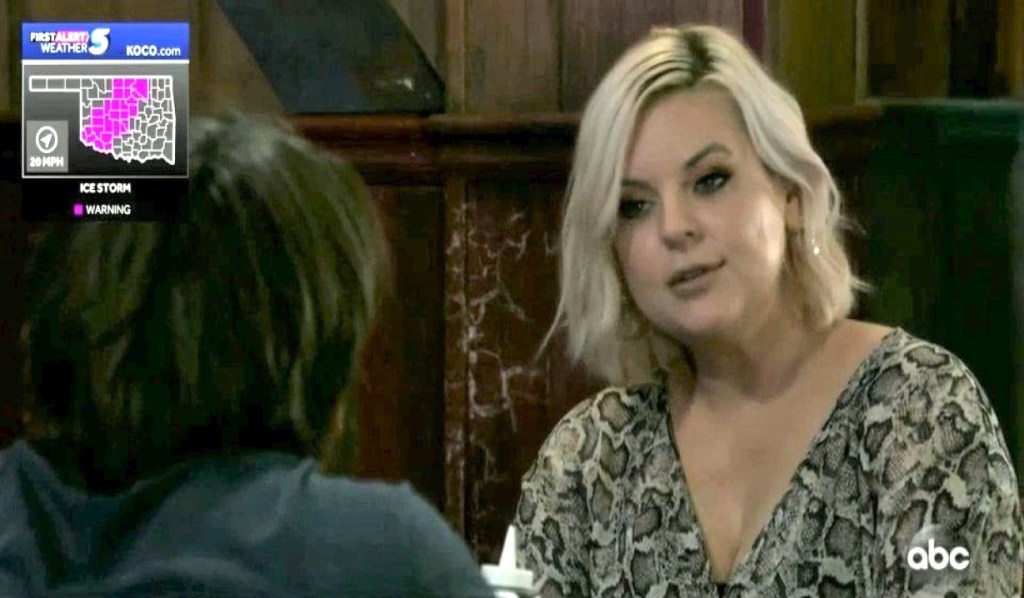 Dante walks into The Floating Rib and Maxie rushes over to hug him. She’s been missing him and welcomes him home. He says it’s weird to be back and he no longer feels in synch. She fills him in on her professional life and her upcoming marriage. Disturbed, Dante reminds her that Peter is the reason Nathan is dead. He thinks she’s making a big mistake. Maxie insists that she’s already fought with Spinelli over this and she just wants to be wished well. All Nathan wanted was for her to be happy and loved and that’s all Dante wants for her too. Lulu arrives. It’s awkward. Maxie rushes over to the bar to get drinks with Peter.

Finn goes to visit Jackie in her room.

On the next General Hospital: Anna turns to Kevin for help.

Get your free daily soap-opera fix for General Hospital — and all of the other daytime dramas — delivered straight to your email inbox by signing up for Soaps.com’s newsletter. And don’t miss our gallery of who should take the role of Elizabeth’s mom. 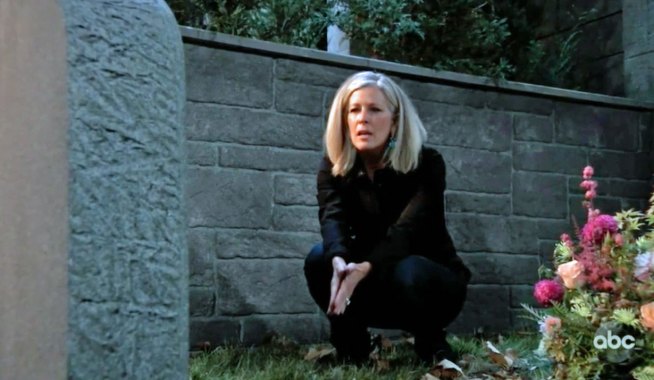 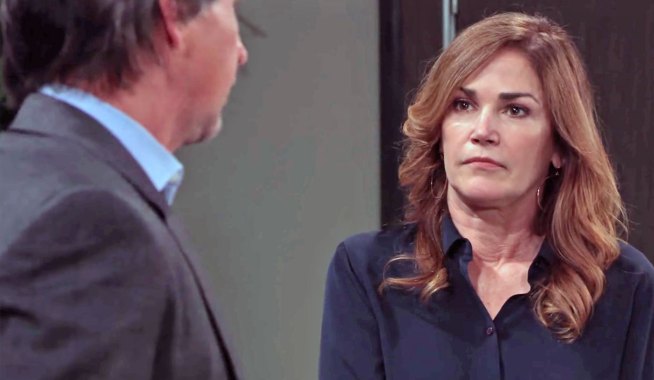