Wednesday October 7, 2020: Today on General Hospital, Jason is suspicious of Britt, Ned and Olivia work things out, and Anna and Valentin plot to take down Alex. 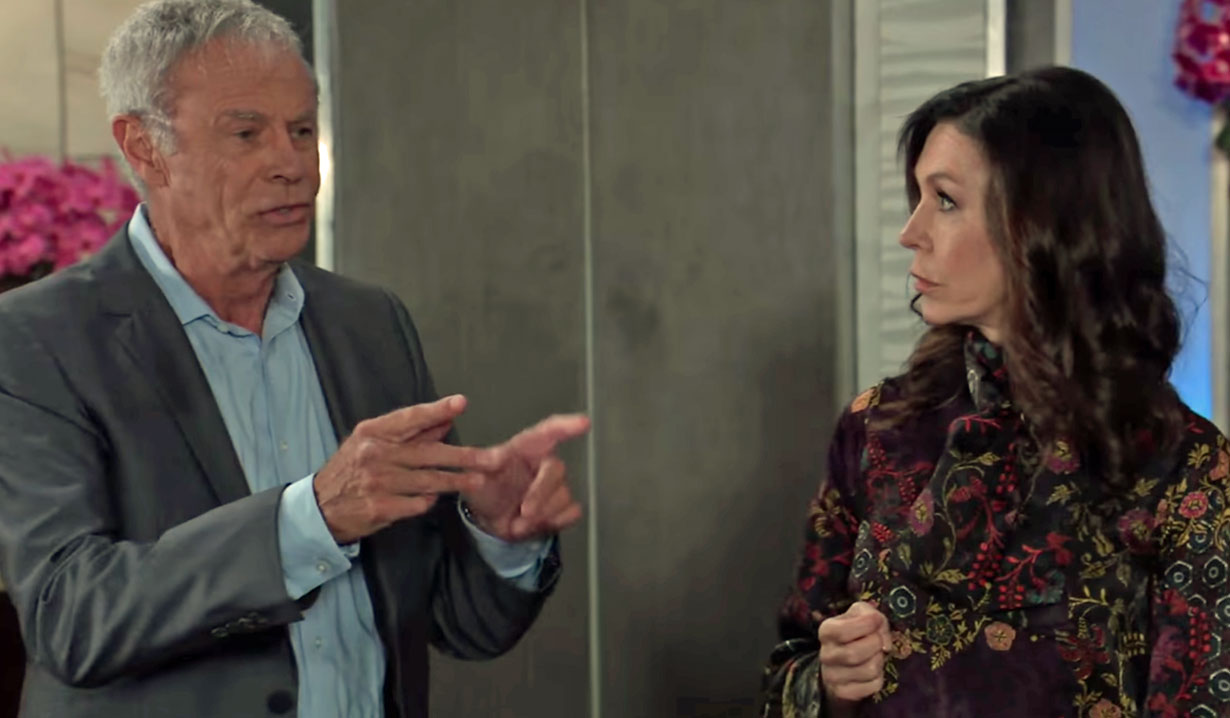 At the hospital, Jason arrives to do some digging on Cyrus and gets an earful from Epiphany about Britt’s changes. When Britt approaches to find out why Jason is there, Epiphany claims for a follow-up with Dr. Robinson after his accident. Jason feels Britt can do the exam, and she begrudgingly agrees. They head into an exam room, where after Jason is given the all-clear, he tries to get information out of her. He wonders why someone who was so desperate to get out from under Faison has gotten mixed up with the likes of Cyrus. She advises the next time he wants to ride his motorcycle without a helmet that he signs his organ donor card and walks out. Later, Jason warns Epiphany to step lightly around Britt as she may be the key to taking Cyrus down. Elsewhere in the halls, Valentin runs into Sasha, who he notes looks tired and he reminds her they have an important meeting regarding Deception tomorrow. The two commiserate on their loneliness, and Valentin suggests she throw herself into her work as he has done. 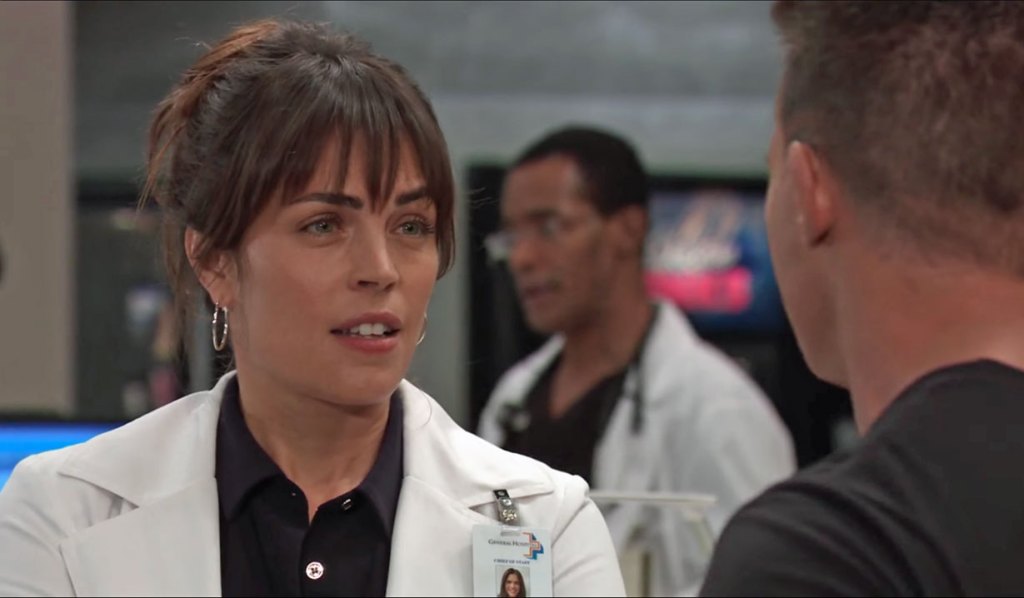 At Charlie’s, Brook Lynn confides in Amy that she can’t sing right now and needs someone to sing for her as the voice of Deception. Amy refuses, citing the Ask Man Landers fiasco. 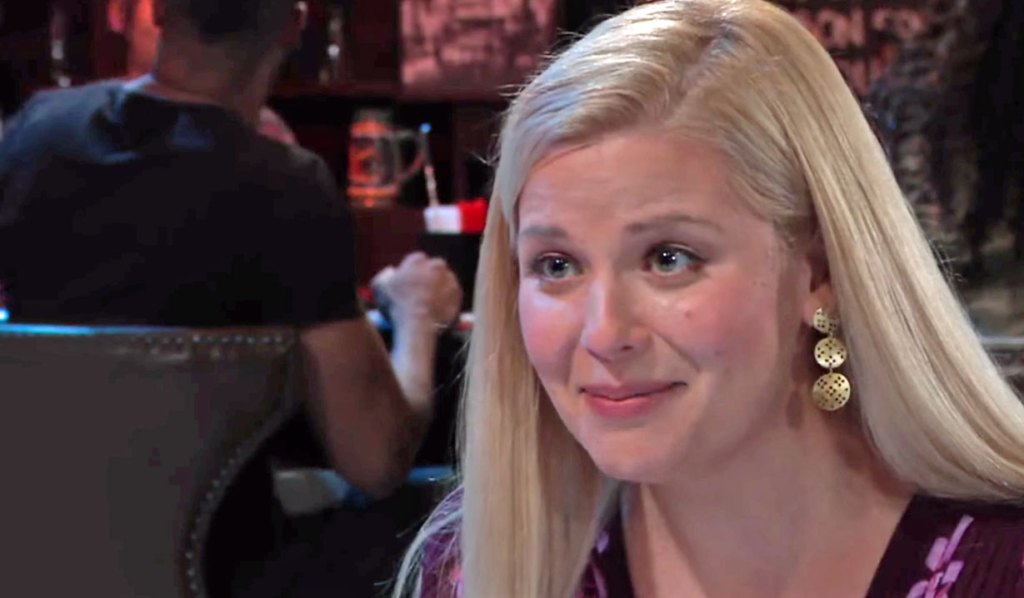 At the Metro Court, Robert is surprised to run into Jackie. He goes in for a hug, and she punches him in the stomach. Anna runs to Robert’s side, and Jackie introduces herself as the woman Robert dumped for Holly Sutton. Finn approaches the group and is shocked to see Jackie. Before he can explain how they know one another, Chase enters and embraces Jackie, who he calls mom. Anna realizes Jackie is Finn’s stepmother. Anna suggests to Robert they let the family catch up and give them privacy. Chase is surprised his mom is in town, and she says she’s on assignment. She also is anxious to meet his girlfriend Willow. Chase and Finn make excuses for Willow, and Jackie declines a dinner offer from Chase as she has pressing business. After she leaves, Chase asks Finn if he had to be so cold to her. Finn apologizes and then surprises Chase by asking him to be his best man. Meanwhile, Anna spots Valentin and they talk. Valentin reveals he sent someone to Berlin in her place and found the meeting was a trap, and Alex wants her dead. Elsewhere, Jackie returns to Robert, and he apologizes for hurting her. She thanks him and was sorry to hear of Holly’s passing. 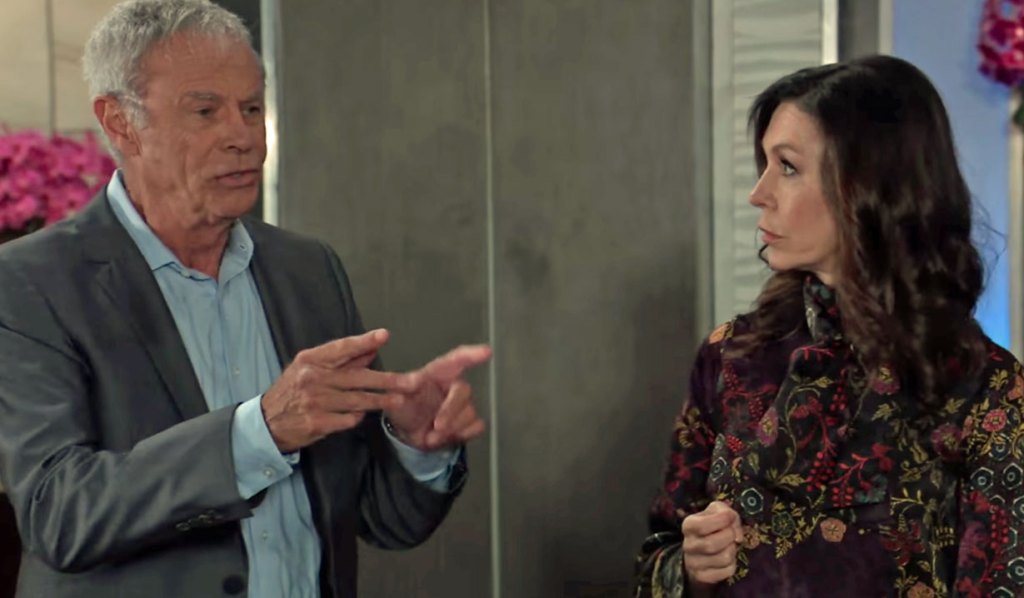 More: Ned may have pushed Olivia into Robert’s arms

In the Quartermaine mansion living room, Michael hugs Willow and spins her around after she agrees to adopt Wiley. Willow feels they should clarify some things between them first. Monica interrupts, and Michael shares the news of Wiley’s adoption with Monica. Monica is happy, but for a moment thought they were going to say they were going to make their marriage official. Monica excuses herself when she gets a call from Tracy, leaving Michael and Willow to talk. Both agree they are in an odd spot right now not having to worry about Nelle anymore, but neither is ready to talk about a divorce. Michael is just glad Willow will be at his side at Mike’s funeral tomorrow. In the foyer, Olivia tells Ned that she didn’t sleep with Robert. Ned rants about getting the call about her phone left in a honeymoon suite in Monte Carlo, and he hadn’t heard from her. Olivia tells Ned that this situation is sad because his entire life has been spent in a family of cheats and backstabbers, and she would never cheat on him. She fills him in on everything that happened, and Ned feels terrible. Olivia knows they’ve had their fair share of problems, and she hopes they can make things work. Ned says it depends whether she can forgive him. He hesitates and says, “For doubting you.” Olivia understands, and the two hug and express their love for one another. 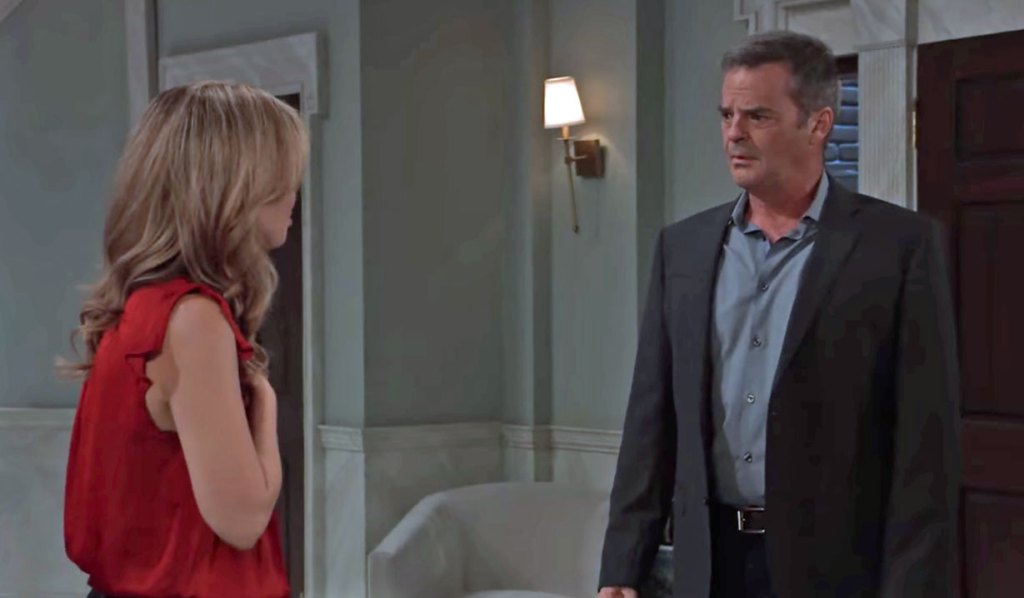 Back at Charlie’s, Monica arrives and finds Brook Lynn. She tells her Tracy called and is worried about her and she wants her to move back in. Brook Lynn can’t right now and feels she needs to prove she’s independent. As they talk, Monica reveals the news that Willow is adopting Wiley. Sasha, who is at the bar, overhears. After Monica departs, Amy returns and reveals to BLQ she’s changed her mind and will be the voice of Deception. Outside, Sasha texts Chase and takes a packet of cocaine out of her purse.

More: If Jackie’s Chase’s mom, could [spoiler] be his dad?!?

Back at the Metro Court, Chase gets a text from Sasha about Willow adopting Wiley, and that it’s too late for them now. Elsewhere, Anna tells Valentin that she doesn’t know why her sister wants her dead, but he senses she does. Anna suggests they have to deal with Alex by luring her to Port Charles.

On the next General Hospital: Mike’s funeral is held.

Get your free daily soap-opera fix for General Hospital — and all of the other daytime dramas — delivered straight to your email inbox by signing up for Soaps.com’s newsletter. Also browse our gallery of some of the most bizarre deaths on soaps. 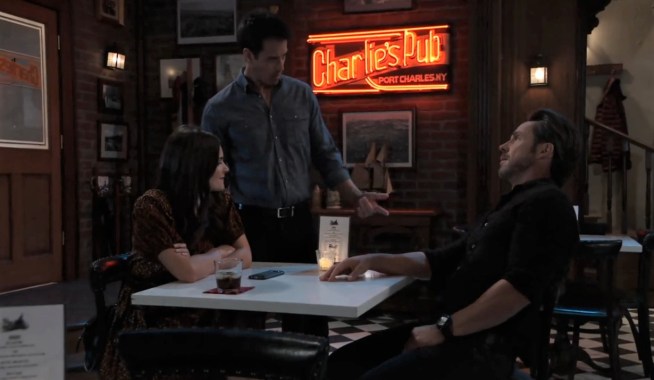 Robert Reacts to Seeing His Old Flame, Jackie Templeton, Who Agrees to Help With a Very Important Mission 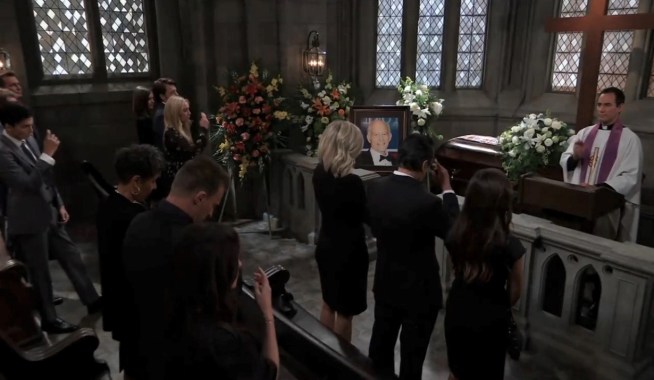