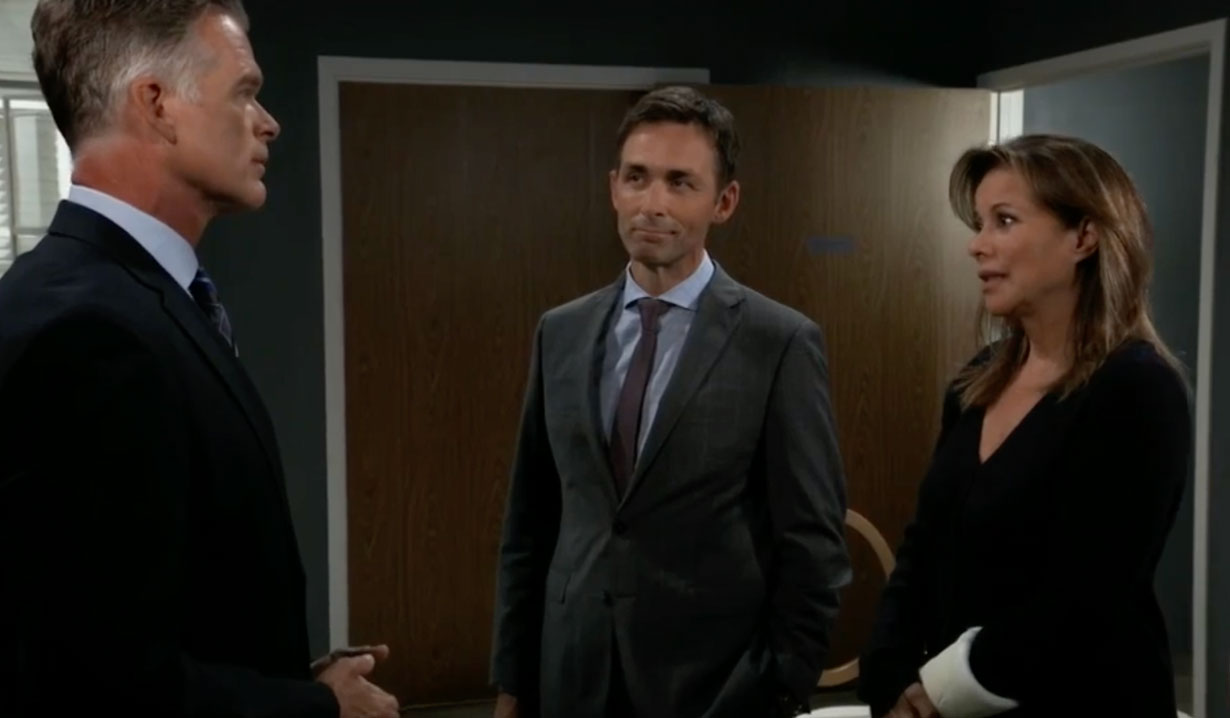 Valentin escorts Alexis to Neil’s memorial. They enter, and Alexis spots Neil’s brother Brendan (played by Josh Coxx) and gives her condolences. He knows who she is and wishes Neil had never met her. He accuses her of ruining Neil’s life, taking away his career, and leading him to throw his life away with a drug overdose. He lets her know that she is not welcomed there. Alexis runs out in tears.

In the halls of the hospital, Sasha calls her dealer to make a purchase and she’ll meet them outside. After the call, Chase approaches her to let her know Nelle is dead. The detective believes they are free to tell Michael and Willow the truth now, but Sasha goes off on him for deluding himself that Michael and Willow aren’t growing closer and it’s too late for them. She quickly apologizes and claims she hasn’t been sleeping well due to all the work at Deception. Chase worries about her and tells her that she can lean on him anytime she needs to. In another room, Scott informs Liz and Franco that he met with Ava and Nikolas, and they are freaking out and ready to pay. Liz feels guilty for stooping to blackmail, but Franco mentions how twenty-five thousand is chump change for them. Scott admits he raised the stakes and asked for one hundred and twenty-five thousand from each. Franco imagines what they can do with that amount of money, but Liz reminds them blackmail is a crime. Scott doubts those two will go to the cops. Scott says they’ll never know about Franco and Liz’s involvement, and it will all be on him. Liz doesn’t agree with Scott’s methods but is appreciative that he’s protective of their family. 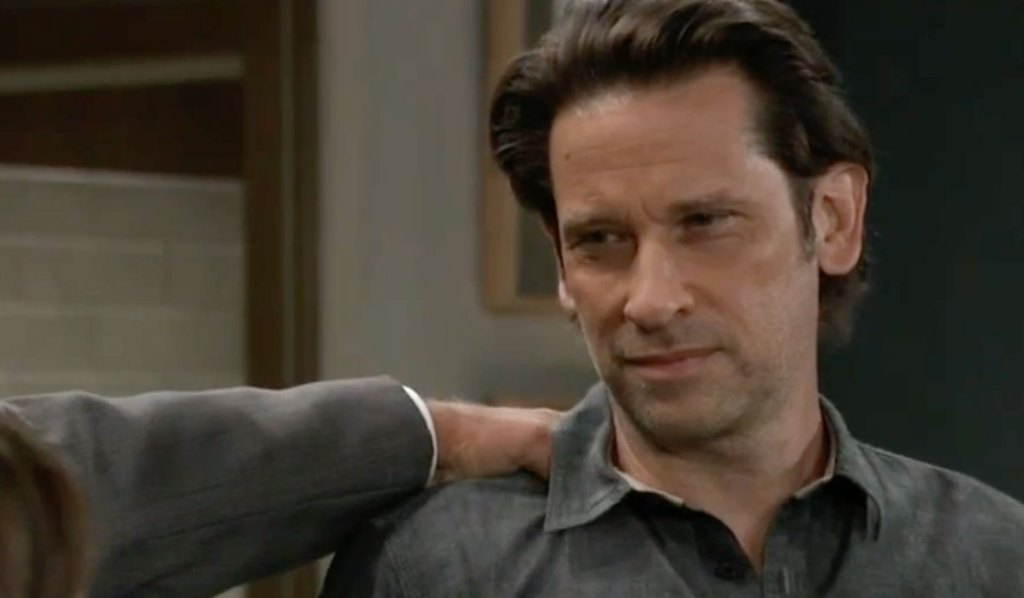 At Chase’s apartment, Ned tells Brook Lynn not to hesitate to call him if she needs anything and departs.

On the plane home, Olivia apologizes to Ethan because Robert could have saved Holly if it wasn’t for her. She blames herself for wasting his time trying to see Dante, but Ethan says it wouldn’t have mattered because they didn’t get the call until after the memorial. Robert believes because she made him go, they were able to uncover the truth about Holly. Olivia excuses herself to the black of the plane, and Ethan asks Robert for the scoop on Olivia. Robert says she’s married, but Ethan knows that never stopped him before. Robert and Ethan reminisce about Holly, and Ethan admits he felt guilty that Holly let him think that he was his son. Robert knows without the lie and the hope Holly gave him back then, he may not have survived as he believed Robin was dead. Olivia returns and offers to put Ethan up in the Metro Court, but he has plans in Antigua, though thanks her for the offer and may take it another time. 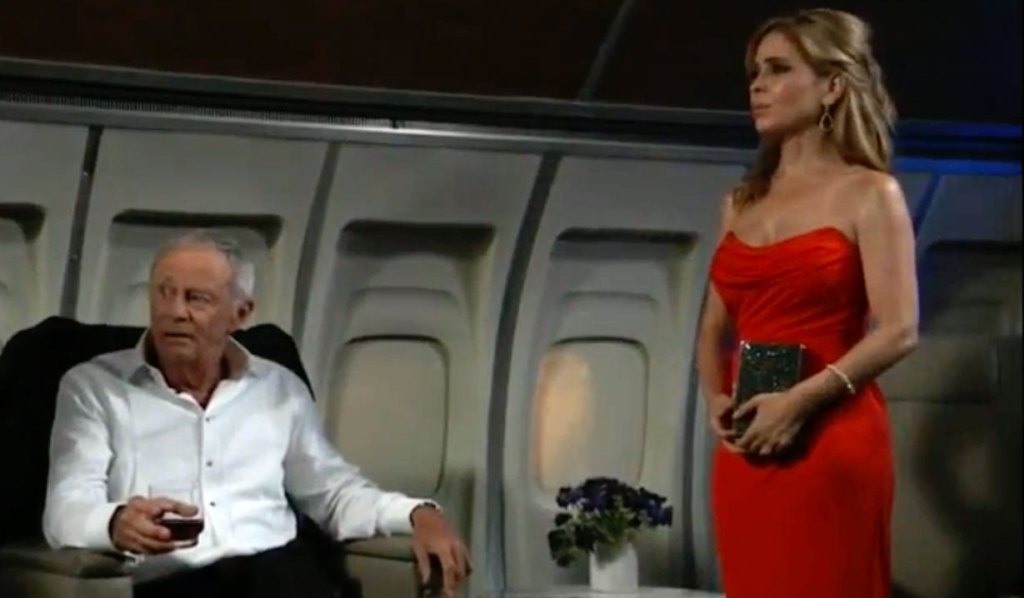 Cam meets Joss at the coffee house, as both needed to escape their parents for a bit. They talk about the dance, which is that evening. Joss is glad everything with the four of them is back to normal and they are going without the pressure of dating. Cam admits he found a smoking hot suit to wear tonight, and Joss says she’s sure he will look good. Smiles and glances are exchanged. Later, Joss takes a call from her mom and learns Nelle is dead and admits she’s relieved. They realize they need to get going to get ready for the dance. Cam tells her not to worry as she always looks beautiful. 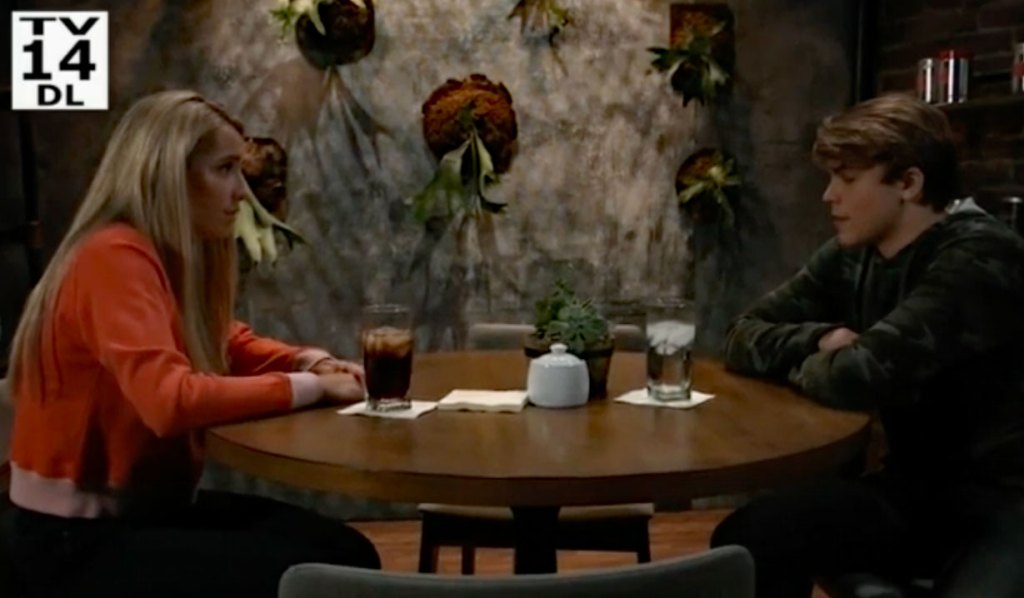 Brook Lynn arrives at the hospital and finds Chase talking with Sasha. Chase lets Brook Lynn know that Nelle is dead and takes off to follow-up with the morgue. Sasha is glad to see BLQ is recovering and wonders when she’ll record a new song for Deception. Brook Lynn says she hasn’t been cleared to sing, but she would be happy to help with the business end. Sasha says she need not prove her worth to them, and her voice is more than enough. Sasha departs, and Brook Lynn realizes she has to find a way to be the voice of Deception without a voice. Back in the other room, Franco assures Liz that they will destroy those photos whether or not Ava or Nikolas pay. Franco hopes the two of them are solid. She says they are because they never lost faith in one another. The two embrace. 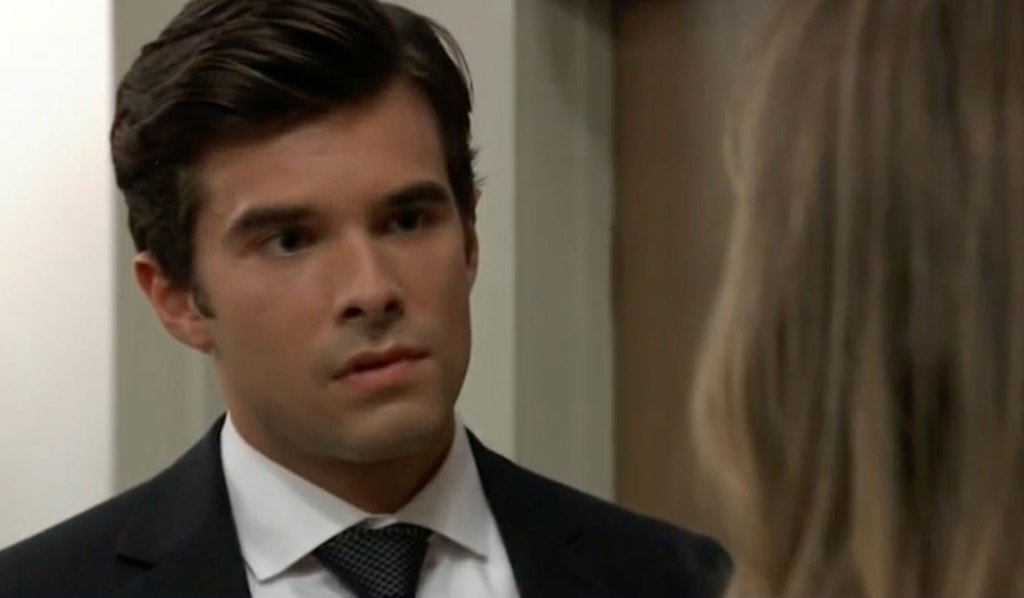 Chase goes to The Floating Rib for food. Alexis and Valentin arrive and grab a table. Valentin tells her to forget Neil’s brother, that Brendan is angry, and she was an easy target to blame. Meanwhile, Ned arrives and orders a drink at the bar next to Chase. He spots Alexis with Valentin, approaches, and asks Valentin to step outside and talk. Alexis heads to the bar and orders a double vodka. Outside, Chance finds Ned yelling at Valentin for using his daughter, and the Ned slugs the Cassadine.

On the next General Hospital: Ned and Alexis drink together at the bar and toast to letting the good times roll.

Get your free daily soap-opera fix for General Hospital — and all of the other daytime dramas — delivered straight to your email inbox by signing up for Soaps.com’s newsletter. And don’t miss our gallery of real-life soap opera actor bromances. 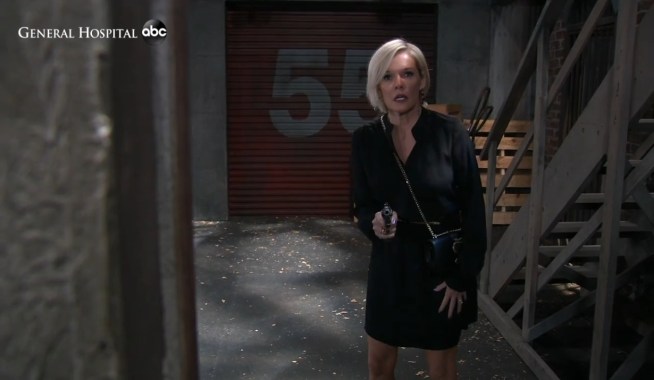 Ava is Shocked to Discover that [Spoiler] is Blackmailing Her

[Spoiler] is Revealed to be the One Pulling Dante's Strings 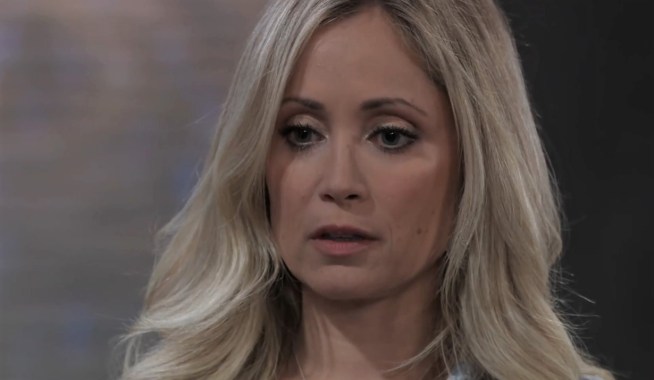