Tuesday September 22, 2020: Today on General Hospital, Valentin listens to Alexis, Maxie interrogates Brando about his life, and Dante is given a mission. 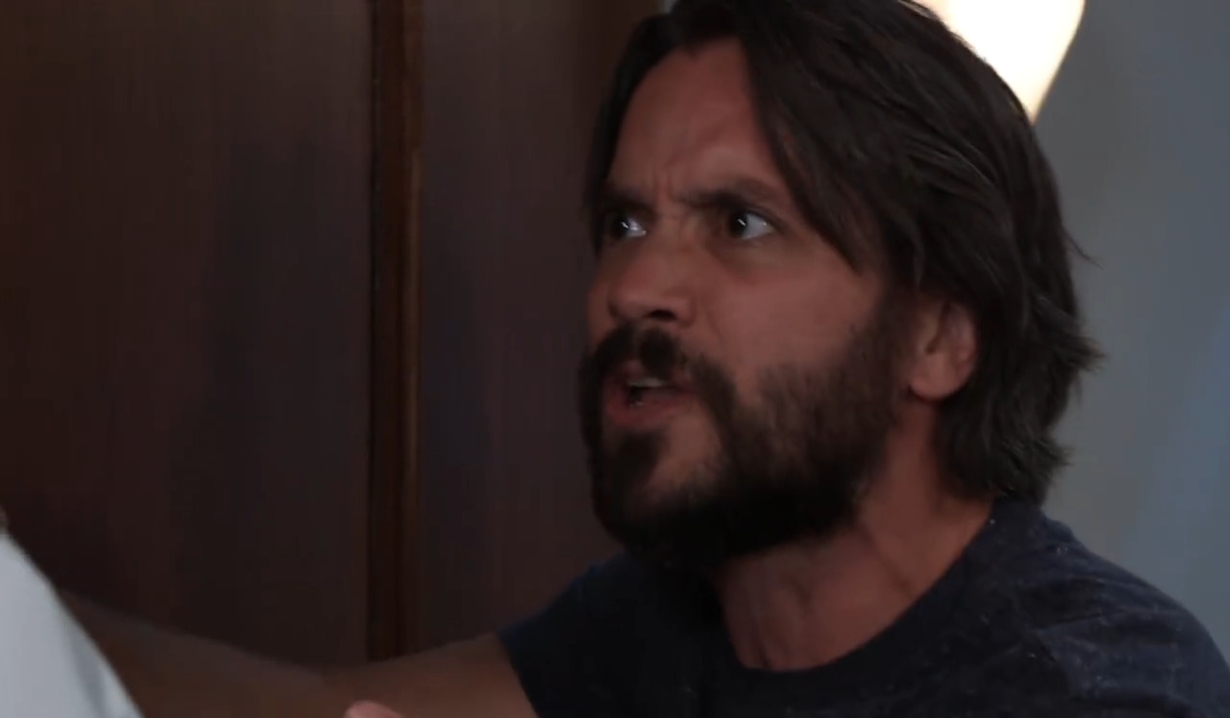 Dante’s doctor visits him at the WSB facility in Geneva. He informs him that the offer to release him has been rescinded. This makes Dante livid and he blames the doctor. After he rails, he controls himself and doesn’t snap. The doctor is impressed and reveals this was a ruse to test his fitness. He hands Dante his mission assignment. Down the hall, the doctor tells his boss that he’s worried Dante isn’t ready for this and he could snap. 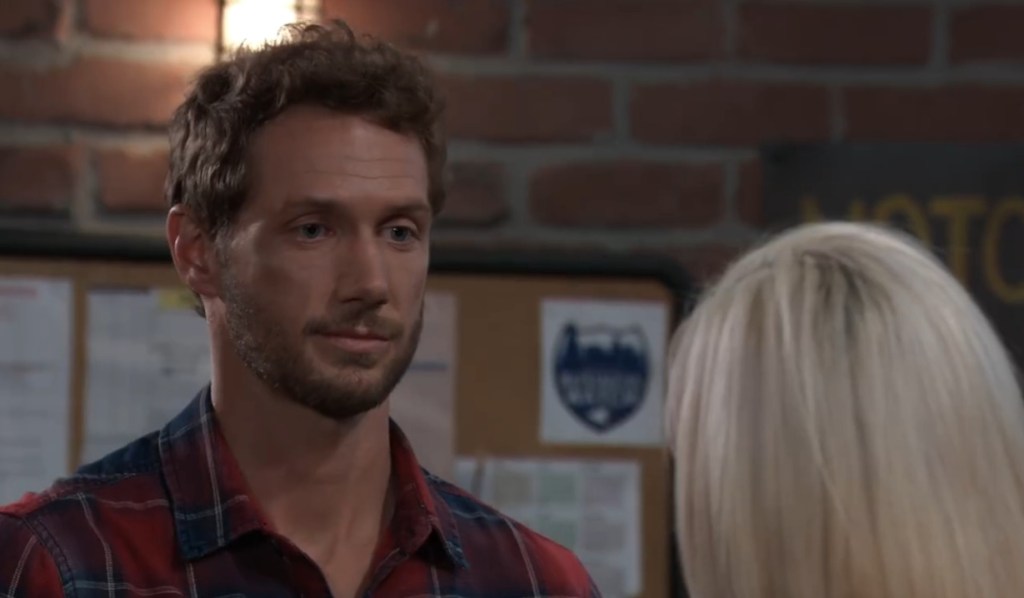 Sam drops by the garage to see Brando and help him clean up. He explains that’s already taken care of. Maxie strides in, looking for her car. Sam explains that he got jumped and tells Maxie to play nice before taking off. Maxie wonders how he got the Sam stamp of approval. The topic turns to the son he hardly knows and she interrogates him about his private life. He says Dev is a good kid and they are starting to bond. Maxie is surprised he doesn’t have more experience with women. Brando remains cagey.

More: Find out what made Steve Burton cry 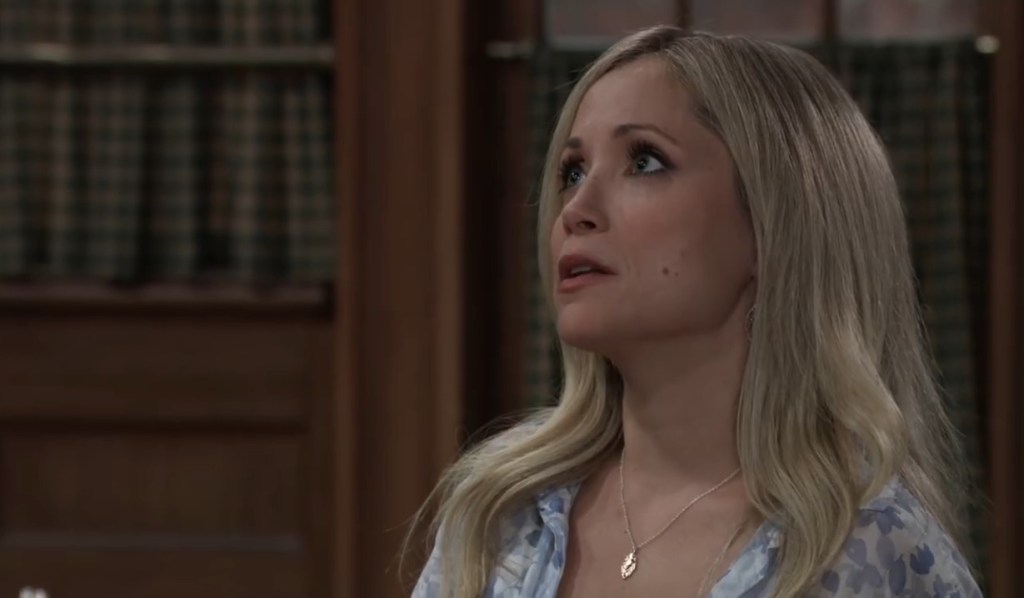 Lulu and Liz are at Kelly’s complaining about Britt being the new chief of staff. The moms talk about how everyone is growing up and then Nikolas’ marriage to Ava. Liz thinks about her recent intimate moment with the prince and says he’s not getting better. He walks in and the nurse promptly exits. Thanks to Lulu’s questioning, Nikolas admits that he’s come to appreciate Ava. He gets a message on his phone showing a photo of him kissing Liz and the caption, “I know what you did.” Outside, Molly tries calling her mom, but Alexis wants to be alone. Molly sits down with TJ and they go through their guest list. They discuss the venue. She doesn’t want it to be at her mom’s place since Neil died there.

At General Hospital, Cam looks for his mom and runs into Franco. They talk about the upcoming homecoming. Franco gives him some relationship advice and encourages him to see Trina if he wants to. Cam is afraid of hurting Joss and being rejected by Trina.

Back outside Kelly’s, Joss joins Cam and Trina. They talk about who Trina will take to the homecoming. She wishes she could bring her dad but will have to settle for the four of them.

More: Which character should return next 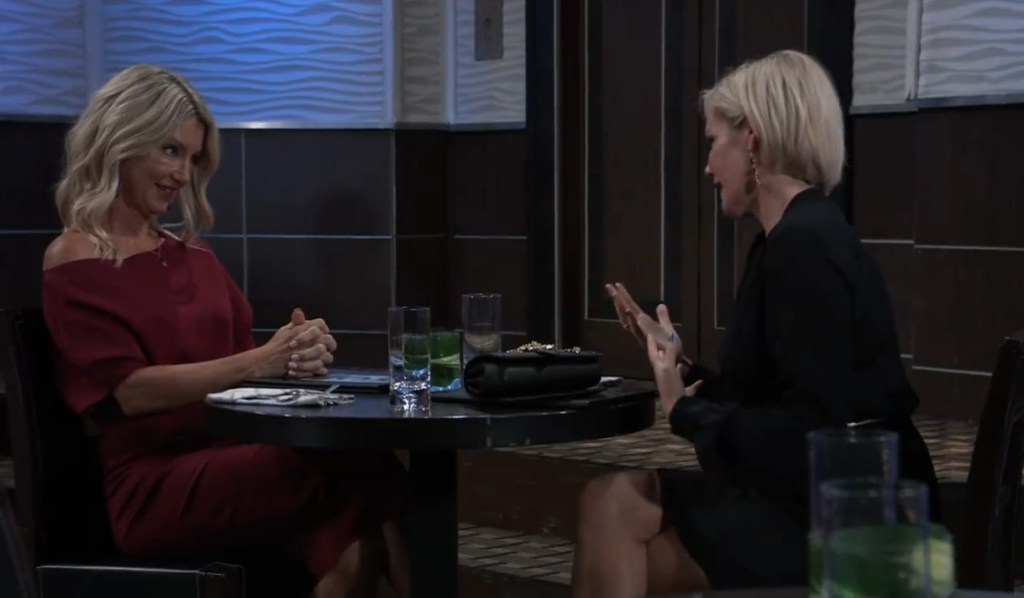 Nina and Ava have lunch at the Metro Court. The Jerome explains her plan to deal with Nikolas has gotten complicated now that it looks like he has feelings. She saw the dad in him when they spent time together with Avery. They also had ‘hate sex’ which makes it even more confusing. After Franco walks by, there is some awkwardness and Ava admits to Nina that she kissed him. Nina encourages Ava to make her fake marriage a real one if it’s what she wants. Ava gets a message on her phone showing a photo of her kissing Franco with the caption, “I know what you did.” 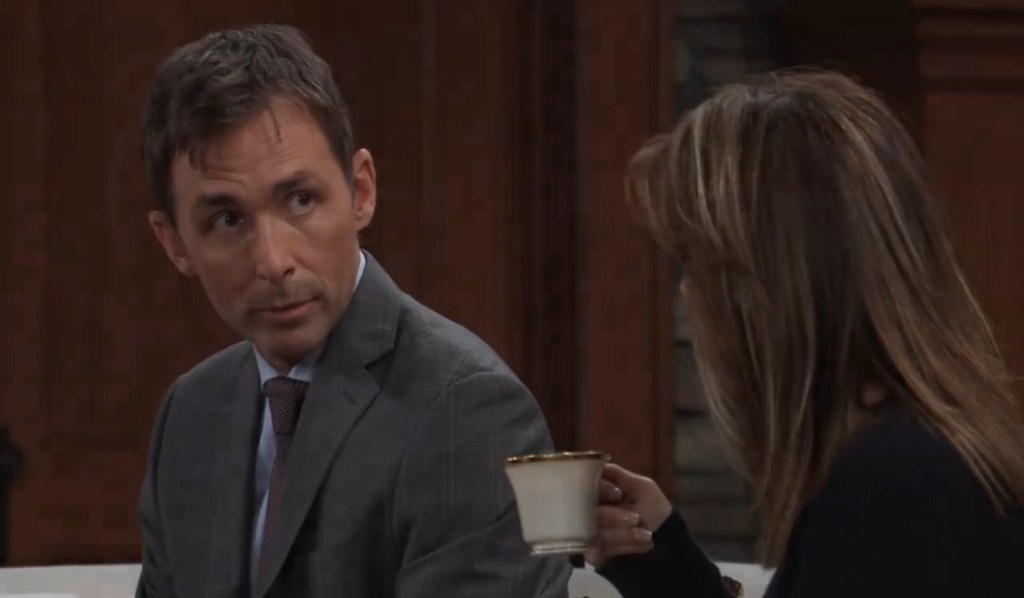 Valentin finds Alexis kicking her own door and cursing after she gets a message about Neil’s memorial. He helps her inside. She thought he’d be busy running ELQ and doesn’t feel like fighting. He heard about Neil and came to tell her how sorry he is. After he makes her tea, he thanks her for when she reached out to him when his life was a mess. They may not be related, but they can be friends. She explains that Neil’s memorial is today and talks all about him and how complicated he was. As she opens up about losing hope, Sam walks in and goes off on him. Her mom stops her and says she has osteoporosis and needs time alone to process it. She rants about losing everything. As she feels sorry for herself, Valentin teases her. When Sam loses it, her mom escorts her out. Alexis tells Valentin that he overstepped but told her what she needed to hear. She asks for his driver so she can go to Neil’s memorial.

Back at General Hospital, Liz and Franco agree that they need to clear the air.

On the next General Hospital: Jax feels guilty.

Get your free daily soap-opera fix for General Hospital — and all of the other daytime dramas — delivered straight to your email inbox by signing up for Soaps.com’s newsletter. And don’t miss our gallery of daytime’s most memorable evil twins. Who was your favorite?

Sonny Breaks the News of Mike’s...