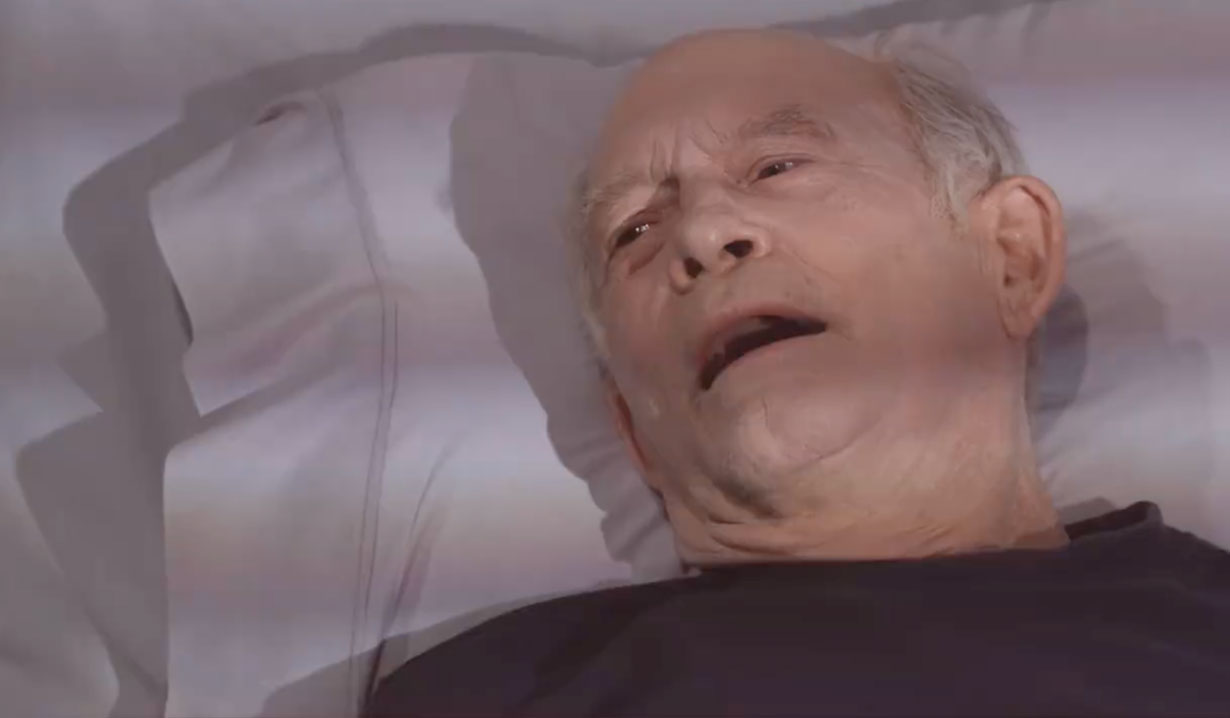 At Turning Woods, Sonny tells his father that he has made up the wrongs he did to him as a child, and now mom is waiting for him to make things up to her. Sonny comes to the realization that Mike wants to be alone to pass, as a way to protect him. Sonny tells Mike goodbye, so he doesn’t have to say it, and leaves his father alone. In the waiting room, Carly, Michael, Joss, Jason, Willow, Brando and Stella wait. Sonny joins them and tells them that Mike needs to be by himself now. In Mike’s room, a glowing light appears. Mike opens his eyes and says, “I know you.” In the waiting room, Stella asks Brando about his experience with butterflies. He explains he began seeing them around him after Afghanistan and began to believe they were his fallen buddies. In Mike’s room, Courtney (played by Alicia Leigh Willis) appears to Mike and urges him to come with her. Sonny and Carly enter and see Mike has passed. Mike’s ghost stands with his daughter and says goodbye to his son, and then goes into the light with Courtney. Sonny tells Carly he left the room because he knew his dad needed to go on his own. Suddenly a butterfly appears. Carly goes back to the waiting room and lets them know Mike is gone. 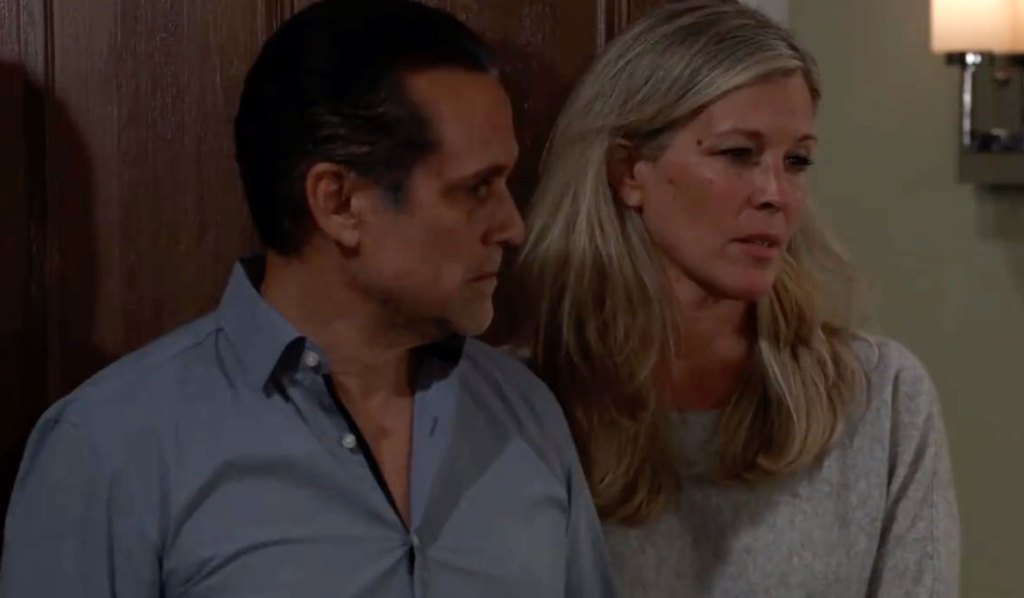 At Sonny’s cabin, Nikolas wakes up to find Ava is missing. He dresses and finds her and Avery out on the patio catching lightning bugs and joins them. Eventually, Ava tells Avery it’s time for bed. Avery asks Nikolas to tuck her in, and he says he’d be honored too. Afterward, Nikolas tells Ava it’s nice to see this side of her. They are interrupted by a call from Carly, who lets Ava know that Mike has passed. Carly says Sonny would like all of his kids together. Ava says she’ll bring Avery back tomorrow and asks her to give Sonny her condolences. 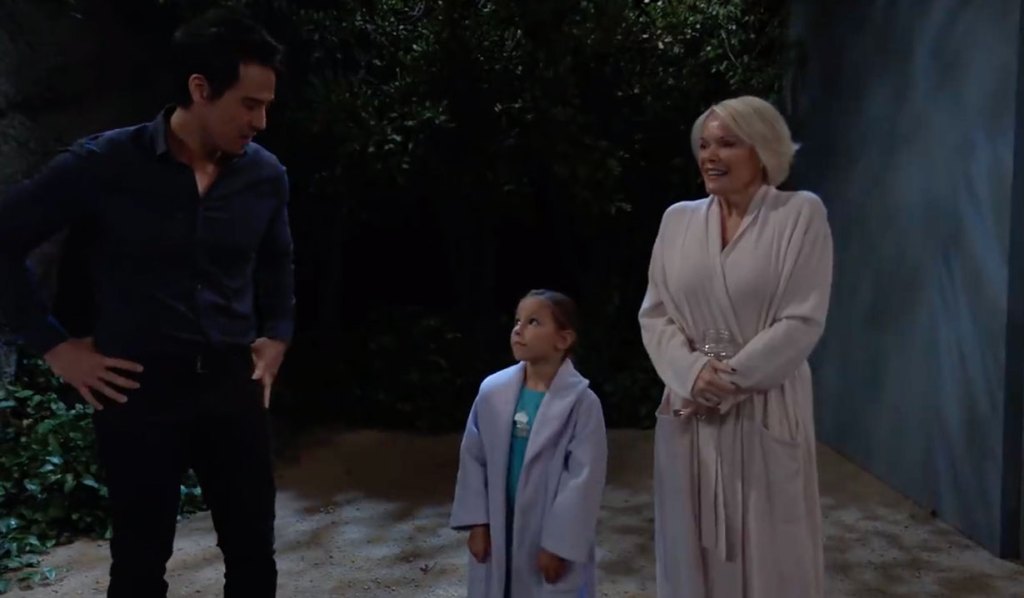 At Kelly’s, Alexis and Diane have coffee, and Alexis thinks Diane has been hanging out with her all day because she’s afraid she’s going to drink again. Alexis admits she wants to drink, but she hasn’t and won’t succumb to addiction like Neil. Outside of Kelly’s, Ned calls and leaves another message for Olivia, who he hasn’t heard from. Ned enters and gives Alexis his condolences about Neil. He reaches down to take her hand, and she winces in pain. Diane scolds her for not having her sprain checked out. Diane is paged and has to go, and Alexis tells her to go and that Ned will be her babysitter. They chat, and Ned suggests they go for a walk and she gets her coffee to go. He steps out to try and call Olivia, and as Alexis tries to grab her coffee, she drops the mug in pain. Alexis apologizes to the waitress, and Ned returns and learns what happened. He insists on taking her to the hospital to have her wrist checked out. 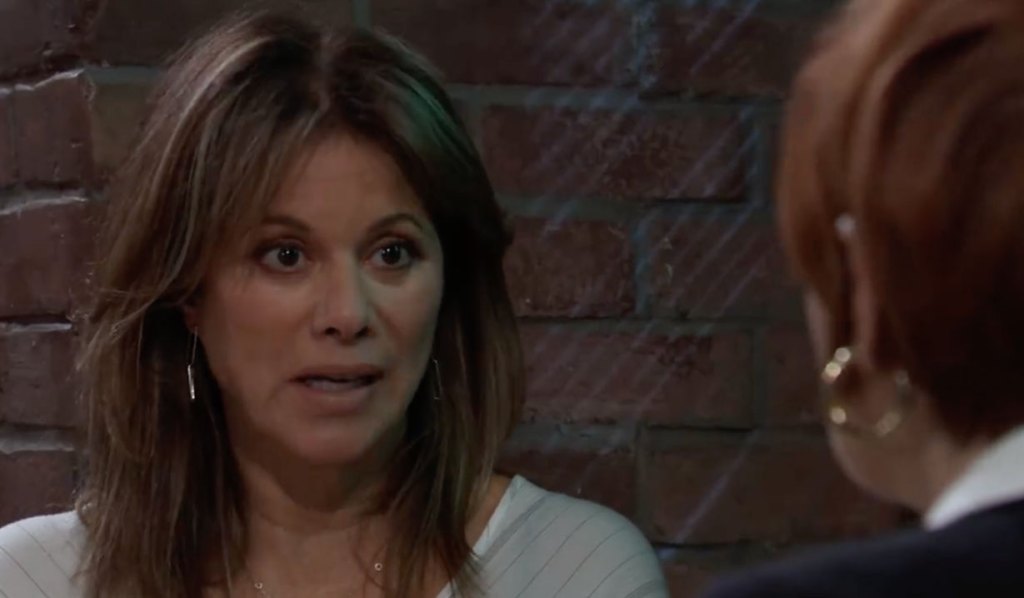 In Monte Carlo, Robert has found a secured hallway where he assumes Holly is, so Olivia plans a diversion so Robert can investigate. She begins playing blackjack and goes on a winning spree, only to have Ethan Lovett (played by Nathan Parsons) join her. The two talk, and Ethan reveals he’s here to find out who killed his mother. Olivia explains she’s there with Robert, who believes Holly is alive and being held prisoner. In the back hallway, Robert is caught by a guard and pretends to be drunk and lost. Robert returns to Olivia and is surprised to see Ethan, who decks him! Suddenly Rudge orders his men to escort Ethan and Robert to the back. Ethan and Robert are handcuffed to chairs, and Robert thanks him for blowing his cover. Ethan lets him know he decked him to get Rudge to bring them back there. He tells the superspy to get them out of this. Seeing a nail on the floor, Robert formulates a plan. He uses it to pick the lock on the cuffs. As they free themselves, Rudge and his men enter with guns drawn. (For more on the battle that will decide Holly’s fate, check out this life-or-death article.) 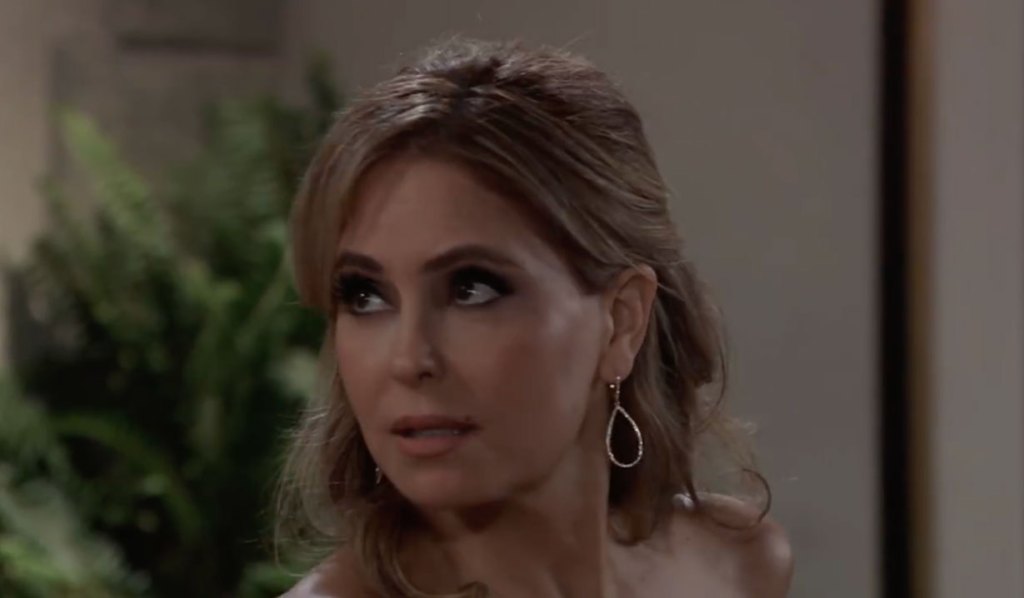 More: Could Morgan be alive on General Hospital?

At Perks, Chase asks Brook Lynn where she plans on living. She doesn’t know. He offers his couch if she needs someplace to stay. They’re interrupted by a call from Michael, who lets her know that Mike has passed. Brook Lynn informs him she’ll be right there. 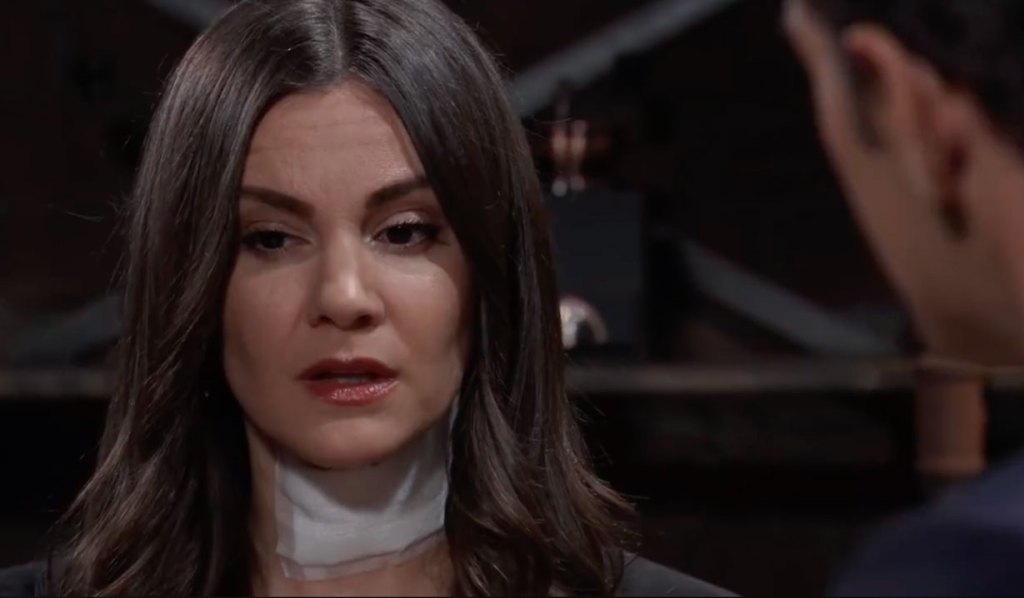 Back at Turning Woods, Carly and Jason chat about what really matters in life. In Mike’s room, Sonny tells Michael that aside from his faults, Mike was a good dad in the end. Sonny was determined to be a better father than Mike, and he knows Michael will be better than both of them.

On the next General Hospital: Robert says he knew Holly was alive, and Olivia comes to the rescue brandishing an uzi.

Get your free daily soap-opera fix for General Hospital — and all of the other daytime dramas — delivered straight to your email inbox by signing up for Soaps.com’s newsletter. And don’t miss out on the gallery of scandalous soap opera reveals! 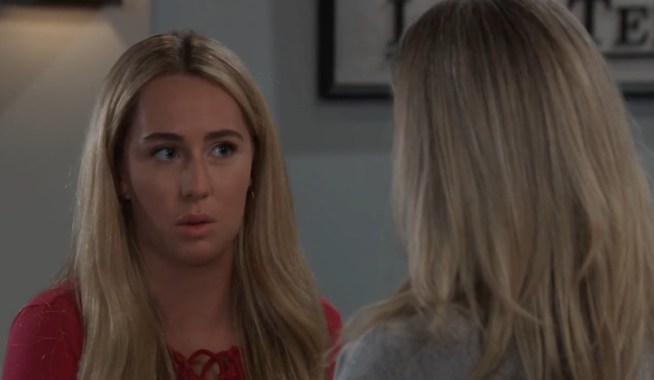 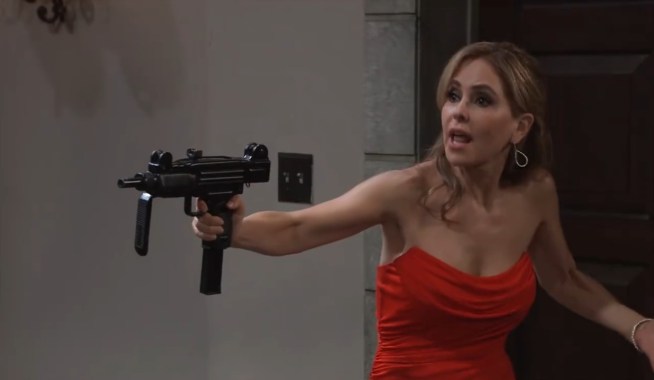