Wednesday September 16, 2020: Today on General Hospital, Sonny says goodbye to Mike with the help of Stella and his family. 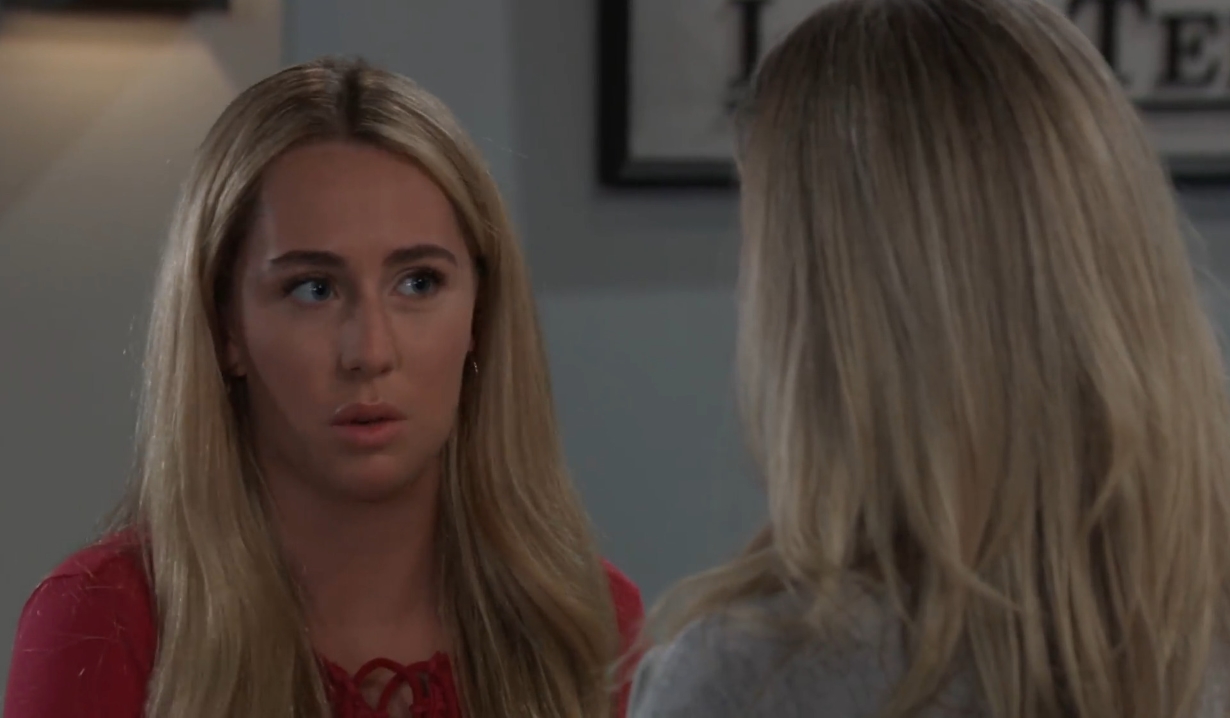 Jason joins Carly at Turning Woods. They sit in the waiting room. Joss arrives, wanting to be close. She’s sure that Mike heard everything they said this afternoon and some part of him is still the person they love. After Jason walks off, Carly tells her daughter she’s relieved that Sonny and Mike had the chance to reconcile. 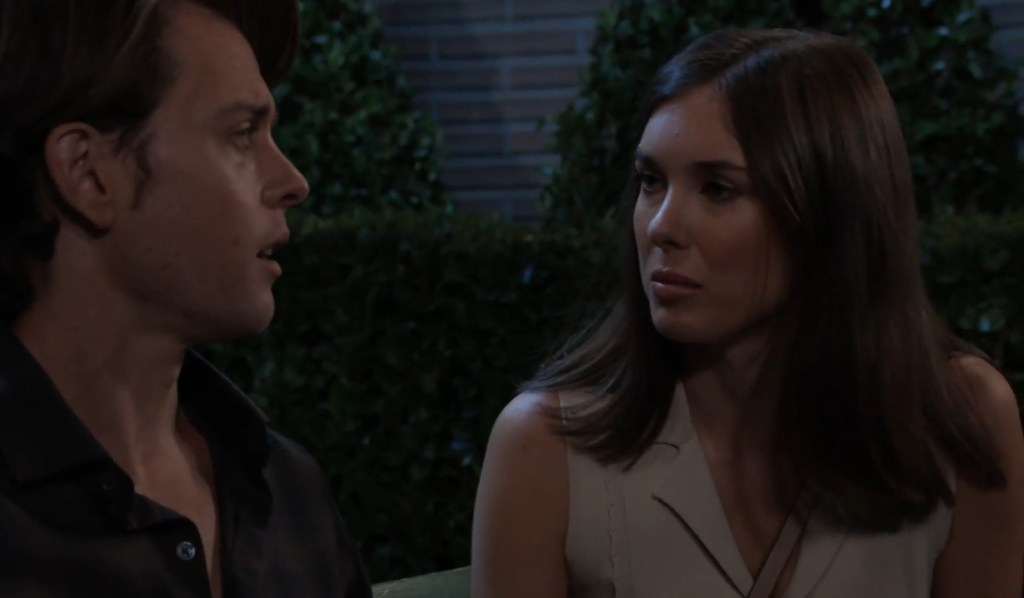 Outside in the garden, Willow joins Michael on a bench. They tell each other how amazing they are. Michael talks about how hard losing Mike is on his dad. With some difficulty, he admits he wishes this was over. She thinks that his father is blessed to have this chance to say goodbye. She’s sure that everyone who Mike has loved is waiting for him on the other side. Michael knows she didn’t sign up to take care of him, just Wiley. She insists that’s not how their marriage works. Sharing a life with Wiley means sharing one together. They go inside. 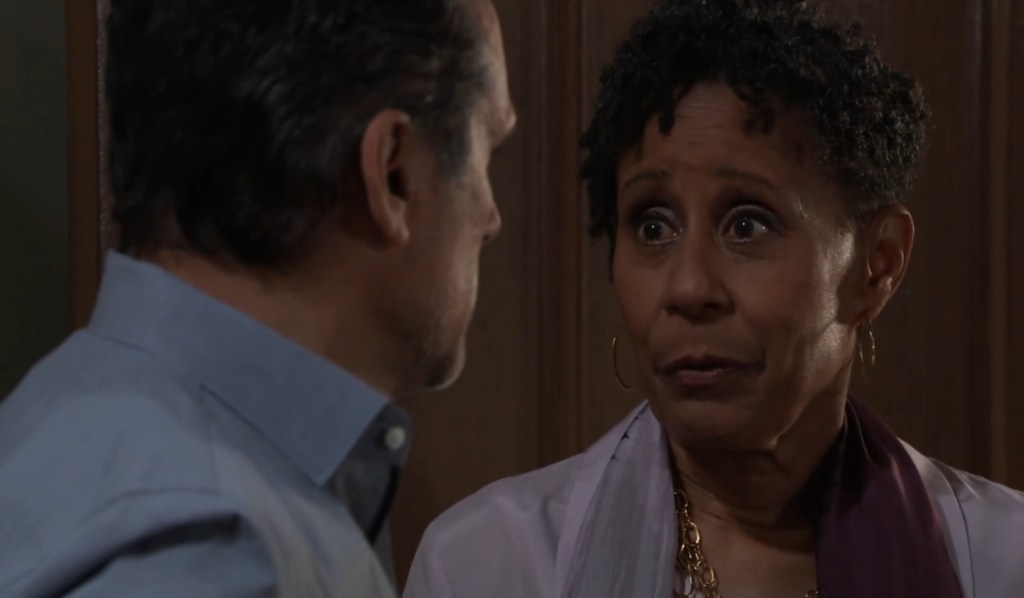 Sonny is at his father’s bedside. Stella joins them and assures him that his father is getting the best care. She thinks Mike is just waiting for permission to let go. Stella says that Mike is torn between two worlds right now, but he will soon be whole again. She encourages him to let his father go by making peace with his passing. They try to make things more comfortable by turning on the mood lighting and smooth music. Stella hands Sonny a cloth to wet his father’s lips and they cover him with more blankets. After telling Mike how grateful she was for his friendship, she leaves them alone. Sonny assures his father that he’s made peace with what went wrong when he was a kid. He can understand that he’s a good man who fell victim to an addiction. There’s no need for any more regret. “I just want you to go in peace and go with love,” Sonny says. His father’s fingers shake. Sonny recalls seeing him pray when he was a child. Suddenly, he gets an idea. Meanwhile, Willow and Michael join Joss in the waiting room. Willow tells them she never got the chance to say goodbye to her father but she’s sure he’s in a better place looking down on her. When she was giving birth, she could feel his presence. Joss felt the same with Oscar. She still tells the stars how much she misses him. Brando appears. He wanted to pay his respects and tells them about the summer that Mike spent in Bridgeport. He’s stayed in Port Charles to get to know Mike. Carly and Jason stay in the hallway, leaving Sonny to let go alone. Jason is sure Sonny will do the right thing because he always does. She says she dozed off and dreamed of the way Mike used to be. Sonny comes out and asks for their help. Moments later, she goes out to the family and brings them to Mike’s room. Father Rayus arrives. He explains that Mike has been coming to his services and gives him a blessing, cleansing him of his sins. The family prays together. The younger generation files out to the waiting room. They debate absolution. Brando talks about how hard it was to survive Iraq and readjust to the world. Back in Mike’s room, Sonny wishes his father had the chance to get to know Morgan. Jason says goodbye to Mike and promises he will be there for Sonny. Alone with his father, Sonny tells him not to feel afraid or worry about him. He recalls the night that he walked out on him. He knows his father always loved him, maybe too much.

On the next General Hospital: Nina feels hopeful.

Get your free daily soap-opera fix for General Hospital — and all of the other daytime dramas — delivered straight to your email inbox by signing up for Soaps.com’s newsletter. And don’t miss out gallery of the most-married couples on soap operas. 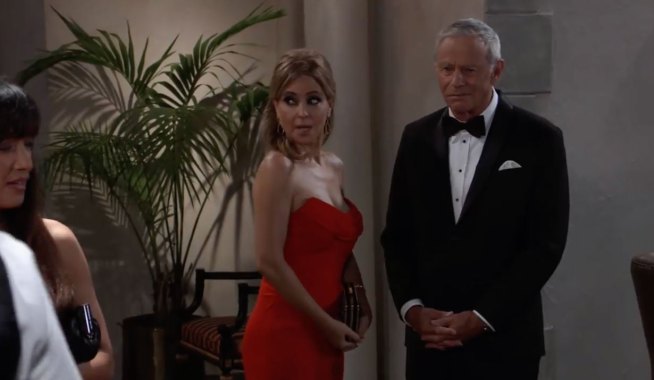 Ava Attacks an Unexpected Visitor at Sonny’s Cabin, Which Leads to Something Even More Shocking 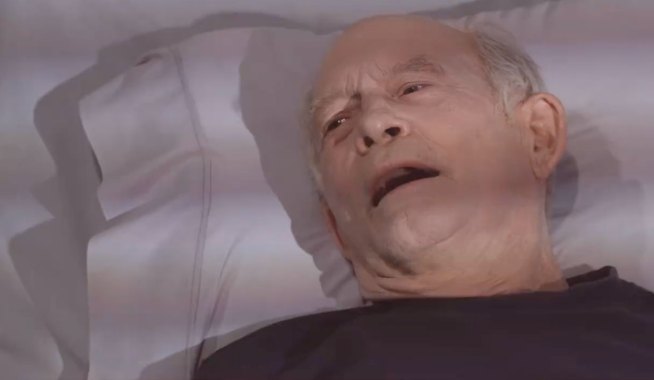