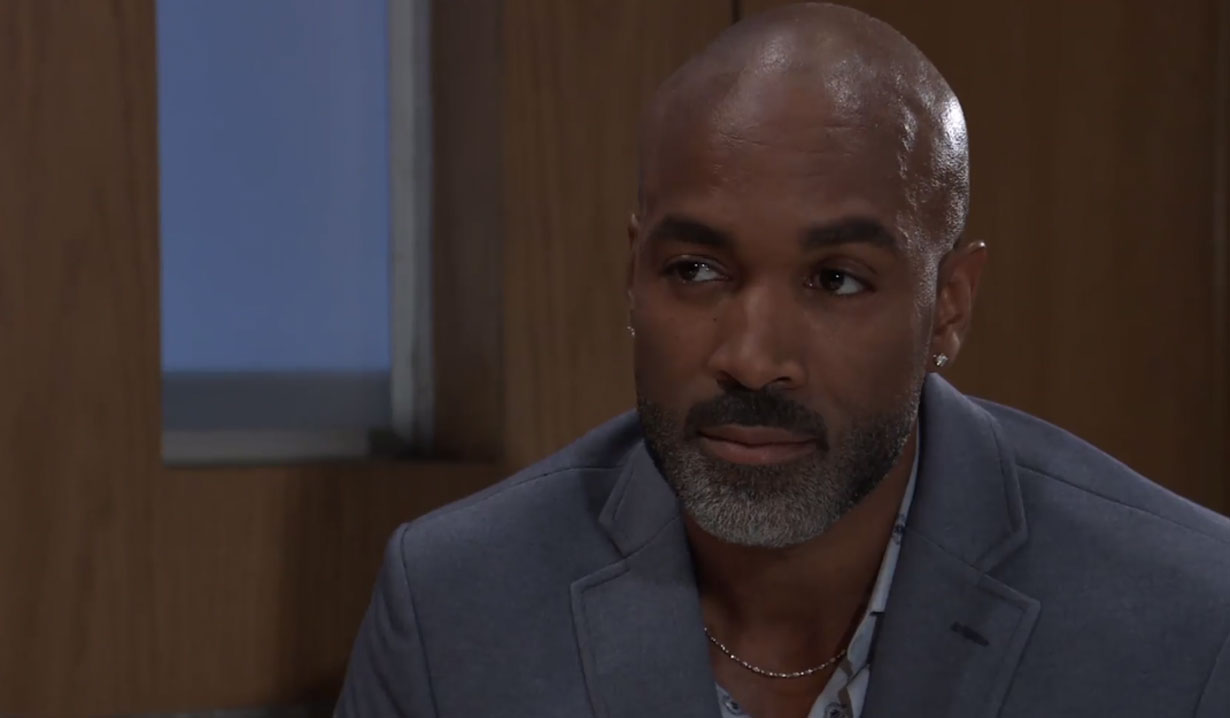 Jordan is startled to arrive in her office at the Port Charles Police Department and see Curtis in a chef’s hat with a meal prepared. After he pours her some sparkling water, he changes his clothes and returns. She wonders why he’s pampering her. The topic quickly turns from Nelle to Cyrus. Curtis admits he’s obsessed with him and what he did to Trina. He’s tried apologizing to her, but it only makes things worse. Jordan gets a call and has to leave. 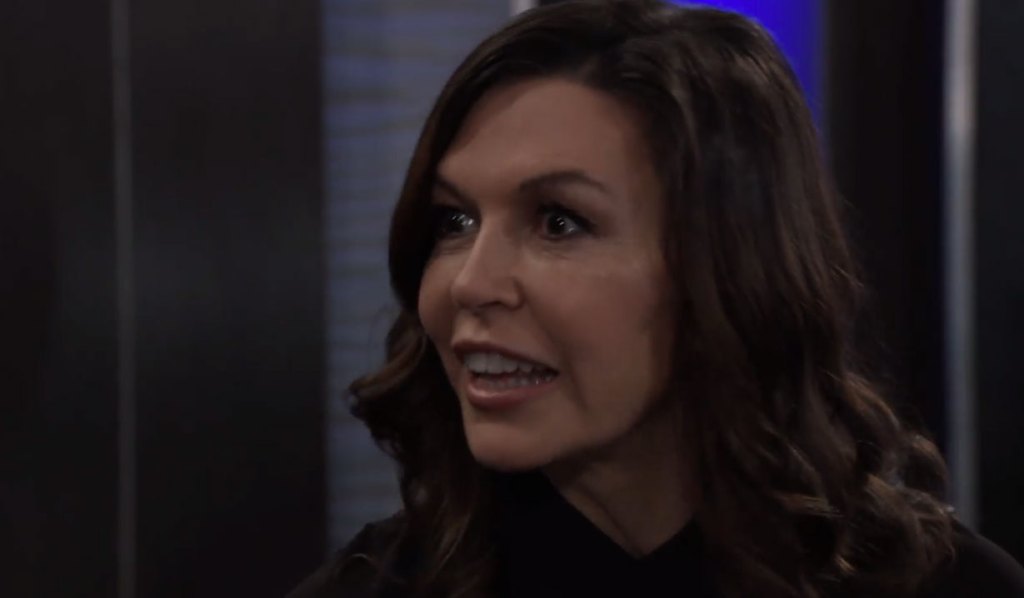 Anna joins Maxie and Peter at the Metro Court. They talk about their baby until Valentin pokes his head in. The couple exits and Valentin joins Anna, who is surprisingly happy to see him. She wants him to be her back up when she goes after her sister. He recalls how Alex betrayed him and ruined his career. After some banter about this, Anna admits she needs his ‘selective ethics’ to deal with her sister. They can bring Alex in together. He claims that he’s too busy so she says this is actually about helping Peter. He doubts that the WSB wants her sister back and advises her not to play Alex’s game. If she sets a trap, he will help her. 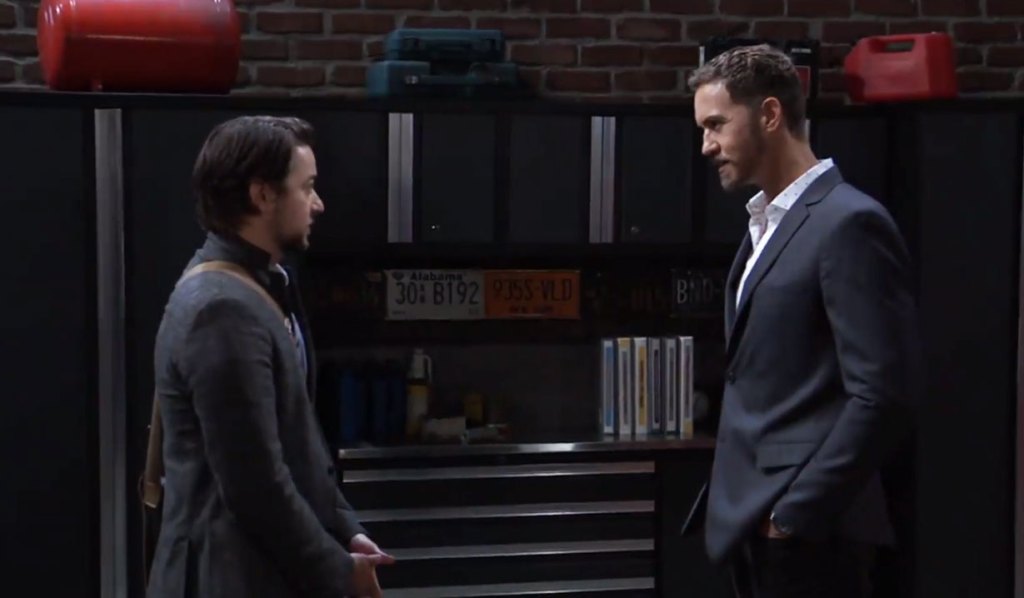 Before Brando can be beaten to death in the garage, the thugs hear someone coming and take off. Jason arrives with Sam and Spinelli. As the couple carts the mechanic off to the hospital, Spinelli tries to remove the surveillance equipment he planted. Peter and Maxie interrupt before he can. Spinelli makes excuses and tries to keep them there to chat. Peter calls a car for her and decides to stick around and wait for Brando. As soon as they are alone, Spinelli confronts Peter about his past with Shiloh and Nelle’s accusations against him. Peter accuses him of being jealous and says it’s very hard to get along with him. After Spinelli leaves, Peter calls Valentin to complain that Nelle is trying to blow up his life. Spinelli watches this through his surveillance feed. 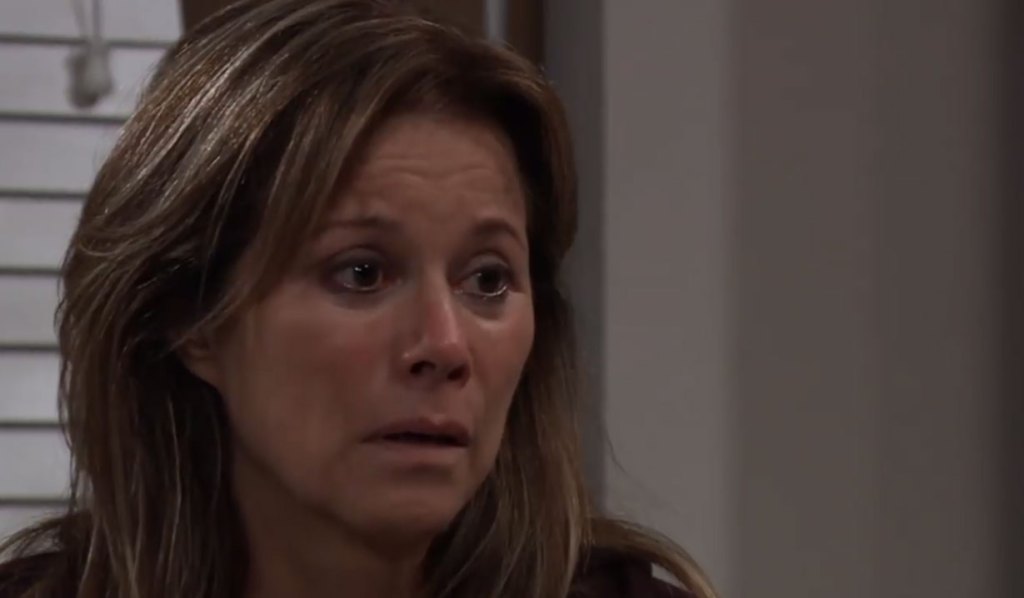 In his office at General Hospital, Finn gives Alexis a drink and gets her to open up about Neil. She tells him about finding Neil dead only moments after they decided they had a future. He encourages her to honor what they had and go to an AA meeting. She needs to meet the coroner first. Jordan arrives and asks to speak to Alexis alone. They walk in the hall and Alexis talks about her last night with Neil. Jordan explains the autopsy says he overdosed on drugs. Meanwhile, Molly drops by the hospital to see TJ and lure him away for drinks. He just wants to go to the gym to get some practice before he meets Brando in the batting cage. This worries Molly, who claims she doesn’t have any opinion on Brando. TJ tells her that Cyrus had Monica and Bobbie fired. Cyrus appears. Molly rants to TJ but says she needs to behave. Renault strolls over and TJ threatens to spit on his hand. He rants about the firings. Cyrus claims he had cause and admits he knows who TJ is. As they debate and Ashford insults him, Curtis arrives and listens. When Cyrus heads for the elevator, he reminds Curtis that TJ works for him now. Curtis goes after TJ and Molly to give them the dinner Jordan didn’t eat. Molly brags about TJ “speaking truth to power” and Curtis tells them that was a mistake. TJ doesn’t think so. Down the hall, Sam and Jason bring Brando in and Portia looks after him. After a few minutes, she informs the couple that she will be keeping Brando in for observation but he should be okay. Sam wonders if the attack was staged but Jason thinks that Brando was collateral damage. Cyrus wanders over and asks after Brando before going on about all the tragedies Sonny is facing. Sam goes in to see Brando, whose memory is fuzzy. Jason joins them. He’s decided that Cyrus alone is responsible for his accident. By the nurses’ station, Anna finds Finn and informs him she won’t be going to Berlin. She is looking for another way to go after her sister.

On the next General Hospital: Lulu and Kevin reconnect.

With Robert off to attend Holly Sutton’s memorial, take a look through our gallery below of times when Holly was involved in crime and sabotage. Get your free daily soap opera fix for General Hospital, and all other soaps delivered to your email inbox by signing up for Soaps.com’s newsletter. 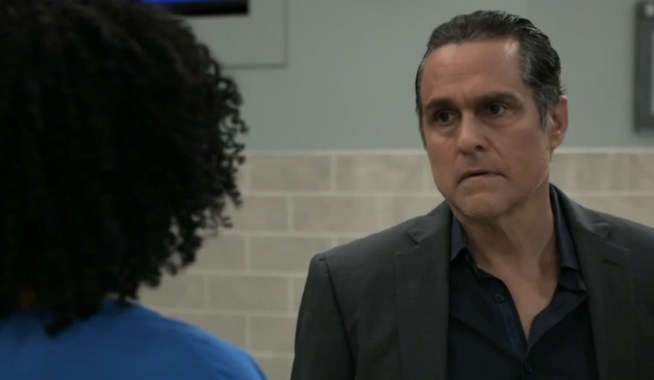 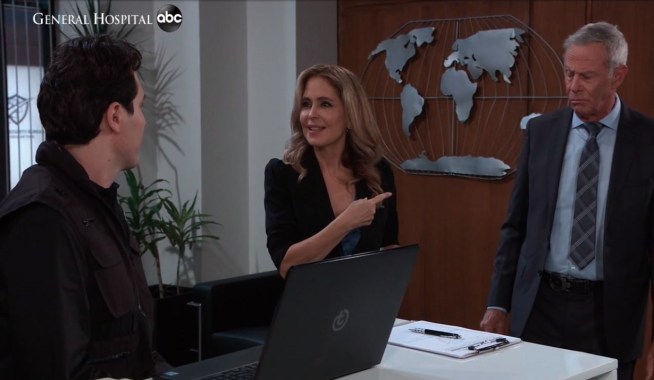