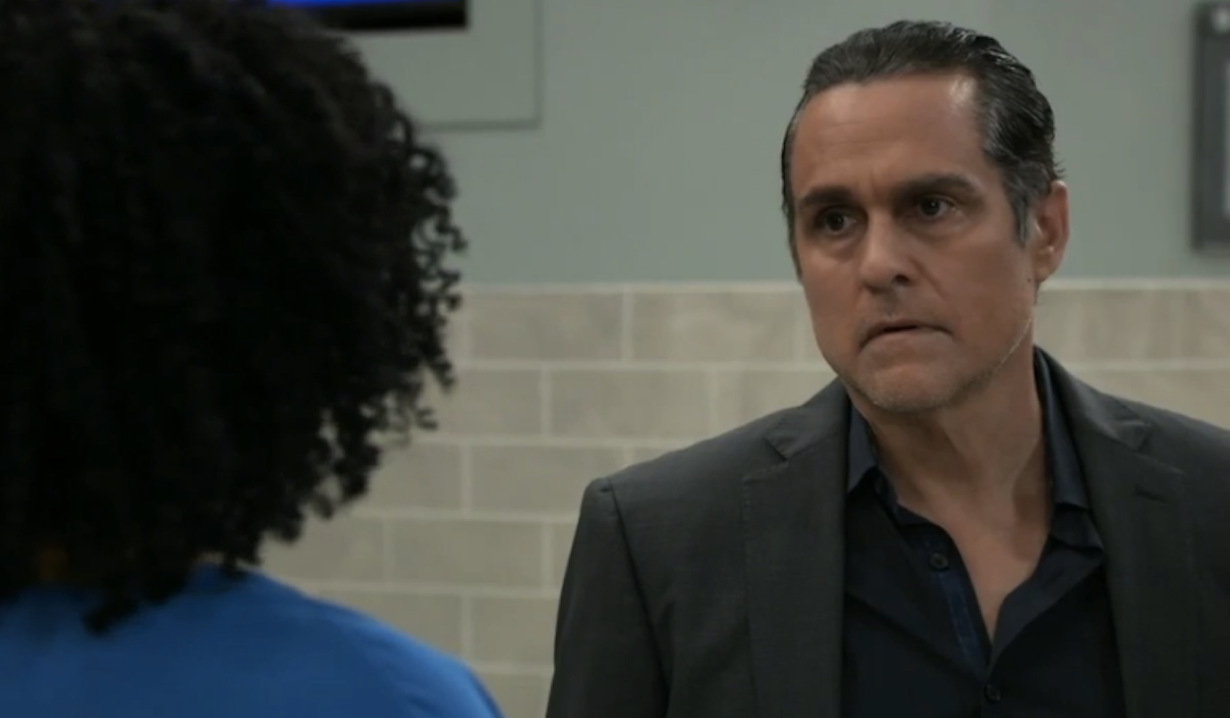 On the plane, Robert and Olivia drink champagne as they commiserate over their issues with Anna and Ned respectively. When Robert admits he didn’t want to go to Holly’s memorial, Olivia asks about her. After he explains their history, Olivia thinks he’s afraid to go to Holly’s memorial the same way she’s afraid to see Dante. She worries Ned is right and her heart will be broken if Dante doesn’t want to see her. Robert vows to be with her every step of the way. Olivia promises him the same.

Peter runs into a hospital room just before Maxie’s sonogram. They hear the heartbeat and learn everything looks perfect.

More: Could one these characters be Nina’s son? 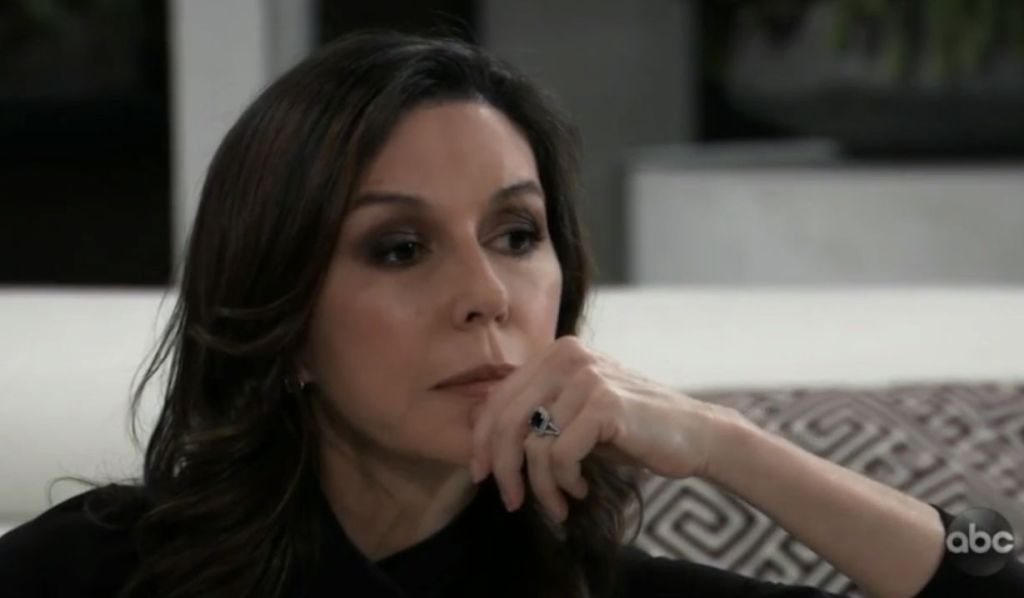 At the Metro Court, Alex tells Anna over the phone that she wants to stop running. She needs her help and begs her to meet her in Berlin. Finn walks up. She relays Alex is baiting her, but she has to know what she’s planning. She will go to Berlin and meet her. Anna doesn’t know what she’ll do when she sees Alex though. Finn thinks she shouldn’t go. She’s playing right into her sister’s hands. Anna can’t ignore Alex. She has to protect her family. Finn coldly says Violet will want to say goodbye and walks out. Later, Maxie and Peter waltz in to show a pensive looking Anna the photo of their baby.

At Turning Woods, Cyrus does a puzzle with a resident. His goon walks in. Cyrus tells him it’s time to pay their friend another visit. The man leaves and Cyrus returns to the man. Sonny is next to enter. After a nurse leads the man away, Cyrus tells a suspicious Sonny he’s just there to volunteer. Brick shows up to pay his respects to Sonny and asks if he can help with Cyrus. Sonny has it handled, but Brick and Cyrus exchange words anyway. Cyrus makes cryptic threats about making changes at General Hospital and Jason’s recovery before leaving. Brick offers to look into Renault and his controlling of the hospital, but Sonny wants to wait to figure out his play. Brick asks after the family. Sonny relays Mike is getting near the end. Brick asks what he can do. Sonny doesn’t know. Brick says he has a scotch with his name on it anytime he wants. Sonny appreciates that and will take him up on it.

At the penthouse, Spinelli explains to Jason how to bug Brando’s garage. Sam enters with Alexis announcing Alexis will be staying there. They explain about Neil and Jason and Spinelli leave. Sam updates Alexis on their suspicions about Brando and how she traded favors with Valentin for a new parole officer. When Sam expresses worry over her actions, Alexis says after went just through, she knows life is too short for regrets. Alexis gets a message from the medical examiner with news on Neil. Sam offers to go with her, but Alexis is adamant she stays home. She just needs to go and find out if Neil died from a heart attack or stroke, not that it makes any difference. She urges Sam to enjoy her life and leaves to find out what happened to Neil.

Brando is visited by a cop at the garage to question him about Jason’s accident. Brando gives him paperwork explaining it wasn’t his fault. The cop leaves as Cyrus’ goon enters. He offers to make Brando’s legal issue go away. Brando says he handled the cop and sends him on his way. Spinelli is next to visit Brando pretending to have a car issue. He asks Brando to look at it, but it’s a block away. Brando agrees and they leave. Jason sneaks in and plants a camera.

Jason and Spinelli meet up in the park to watch the surveillance of Brando on Spinelli’s laptop. While they wait, Spinelli tells Jason Maxie is pregnant with Peter’s child. Jason orders Spinelli to find proof against Peter Anna and Maxie can’t deny. 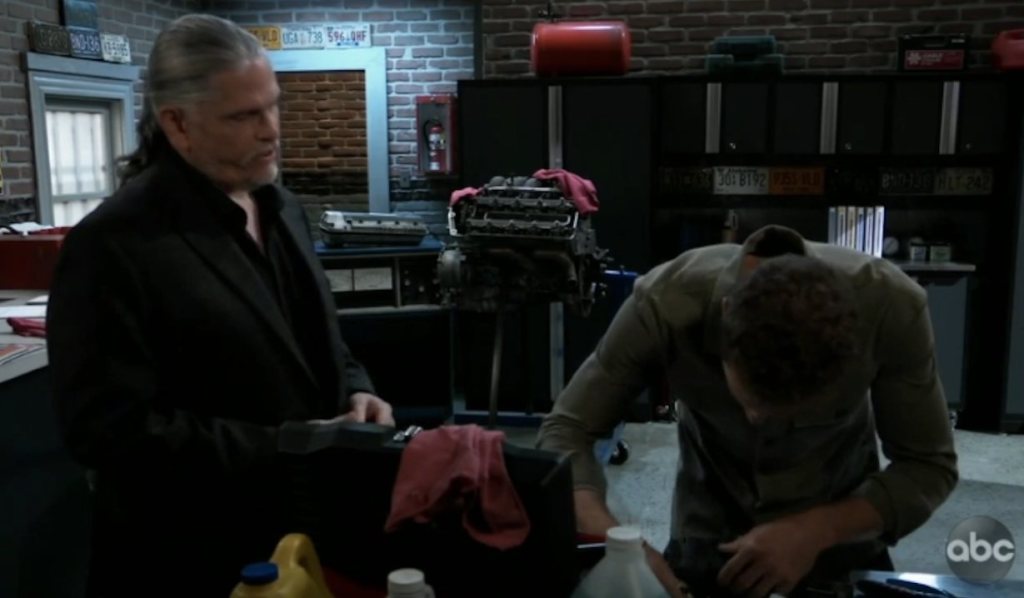 Elsewhere in the park, Cyrus meets with his man who tells him the cops are investigating Brando about Jason’s accident and that Brando refused his offer to smooth things over. Cyrus says it’s time for the next step. Cyrus flashes back to tempting Brando with a job offer, which he turned down, while his goon tampered with Jason’s bike. Back in the present, the goon tells Cyrus tampering with his bike didn’t kill Jason. He’s still an obstacle to their real target – Sonny.

Sonny walks into General Hospital looking for Monica. Deanna tells him Cyrus fired both Monica and Bobbie. Meanwhile, Alexis runs into Finn and tells him about Neil. 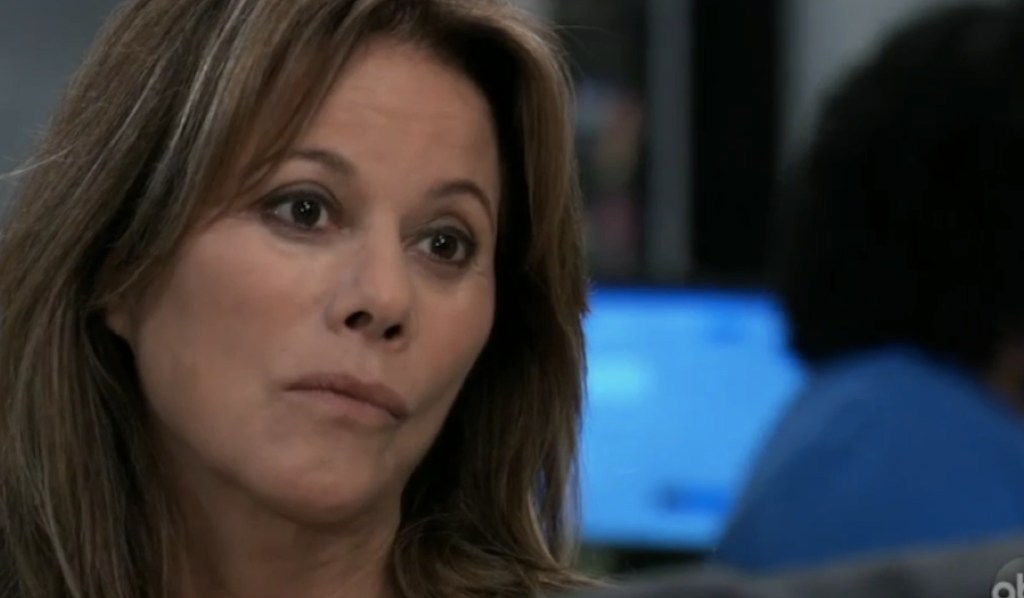 Sam runs up in the park to see if Jason and Spinelli got proof against Brando. They all look on the laptop to see Cyrus’ goons enter the garage and beat up Brando.

On the next General Hospital: Anna needs Valentin as back up and Sam asks Portia how Brando is.

Look through the photo gallery below of soap opera actors who played two roles on the same show. Get your free daily soap opera fix for General Hospital, and all other soaps delivered to your email inbox by signing up for Soaps.com’s newsletter.