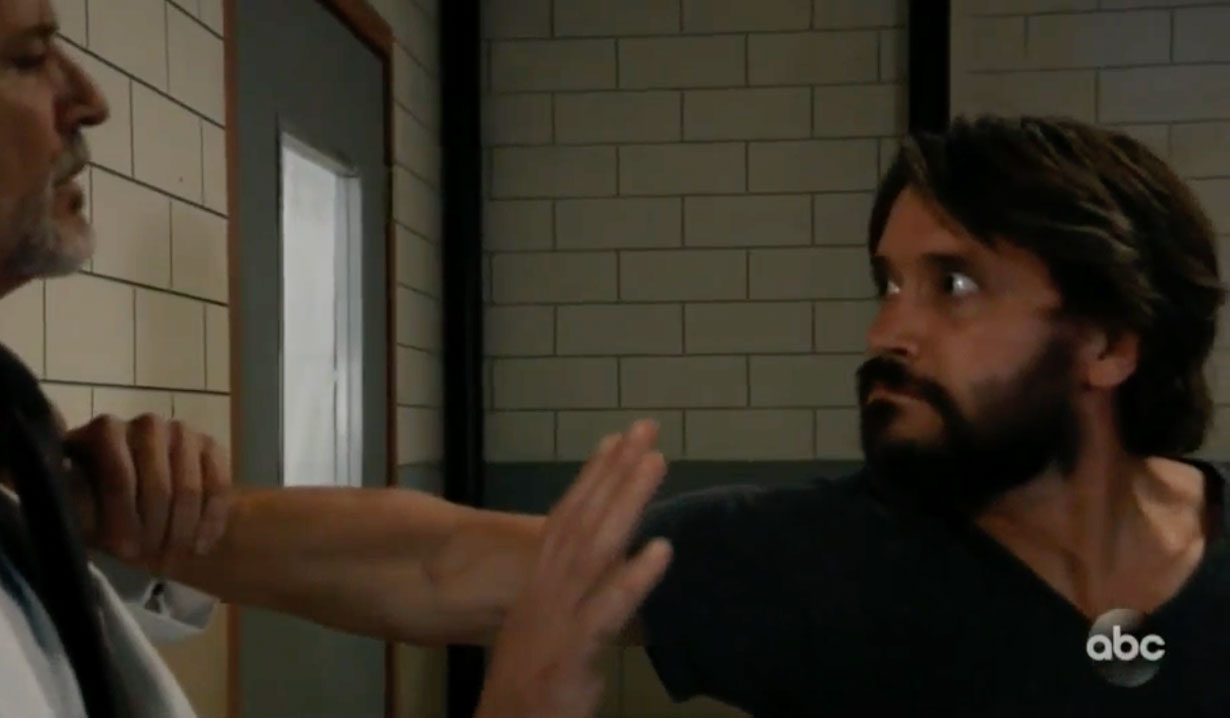 Jax races to Carly’s side at the cliff and Carly tells him that Nelle fell, though she tried to save her. Jax warns her that the police might not believe she tried to save Nelle. Jax says it’s clear by the scratches on her that she fought Nelle, and any DA would love to convict Sonny’s wife since they can’t get him. Jax instructs Carly to tell the police she fought with Nelle in the clearing, Nelle knocked her down, and when she came to her senses that Nelle was gone. 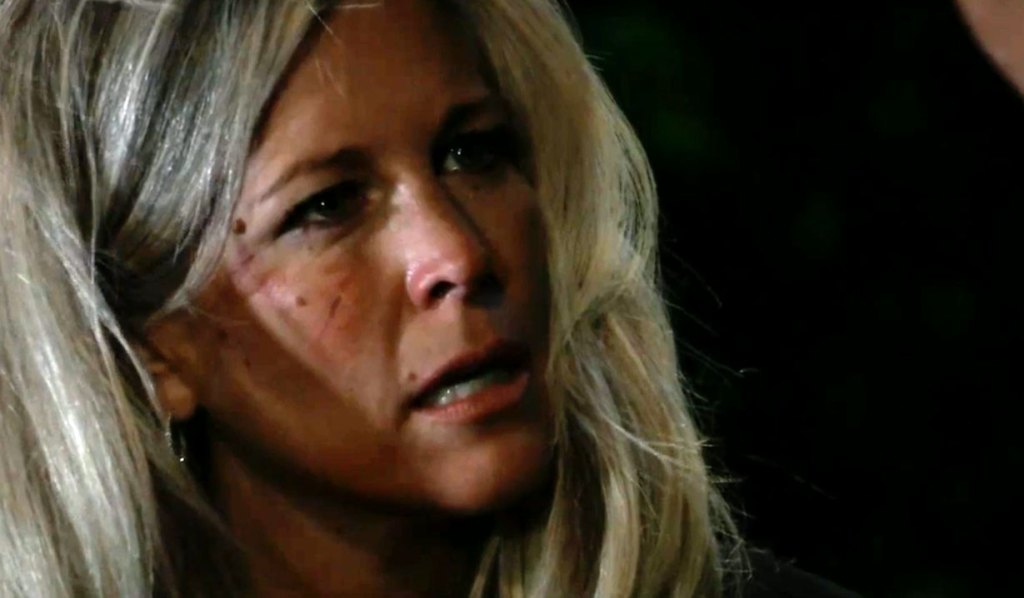 At the cabin, Sonny arrives, followed by Valerie who needs to get Michael’s statement. Michael hasn’t been able to tell Willow the news because his phone has no service. Valerie has a satellite phone and offers to call Willow. Later, Sonny asks Michael where his mother is. He says she went looking for Nelle and Jax ran after her. Michael receives a call from Jax, who says he’s with his mom. When Michael asks about Nelle, Jax claims his satellite phone is getting bad service and hangs up. Later, Valerie finds Nelle’s fake passports that disappeared from the PCPD evidence. Michael wants to get Wiley home, so Sonny takes them. 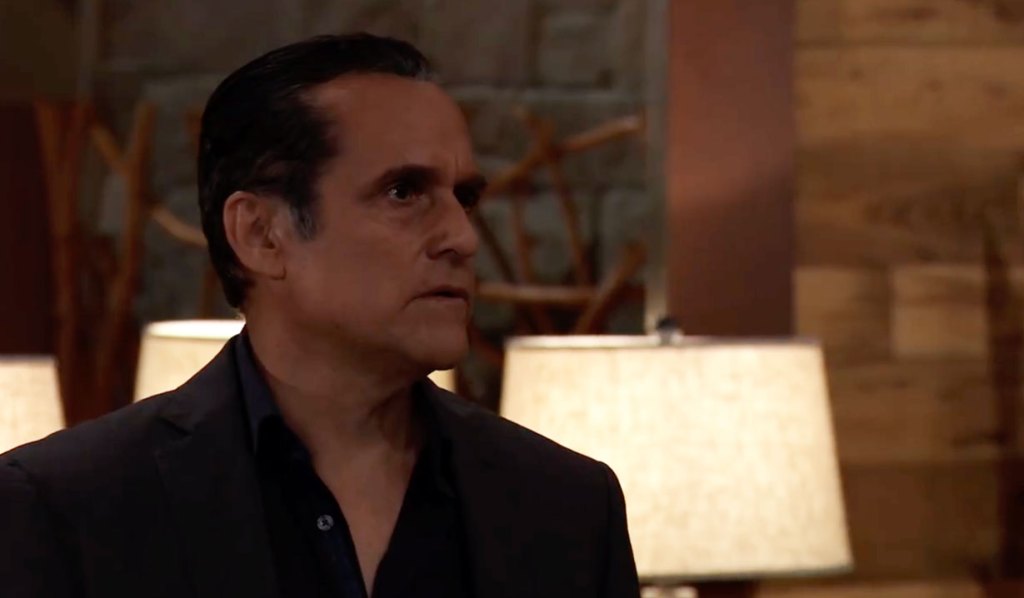 Jason meets with Jordan at the pier and confronts her about finding Taggert alive, but shot. He tells her he had Epiphany, who wasn’t surprised he was alive, patch him up, and that Taggert left Port Charles. He wants answers, and Jordan says she faked his death to protect Taggert as well as Trina. Jordan admits almost no one knows Taggert is alive, not even Curtis. Jason offers to help her find a way to take down Cyrus so Taggert can reveal himself. 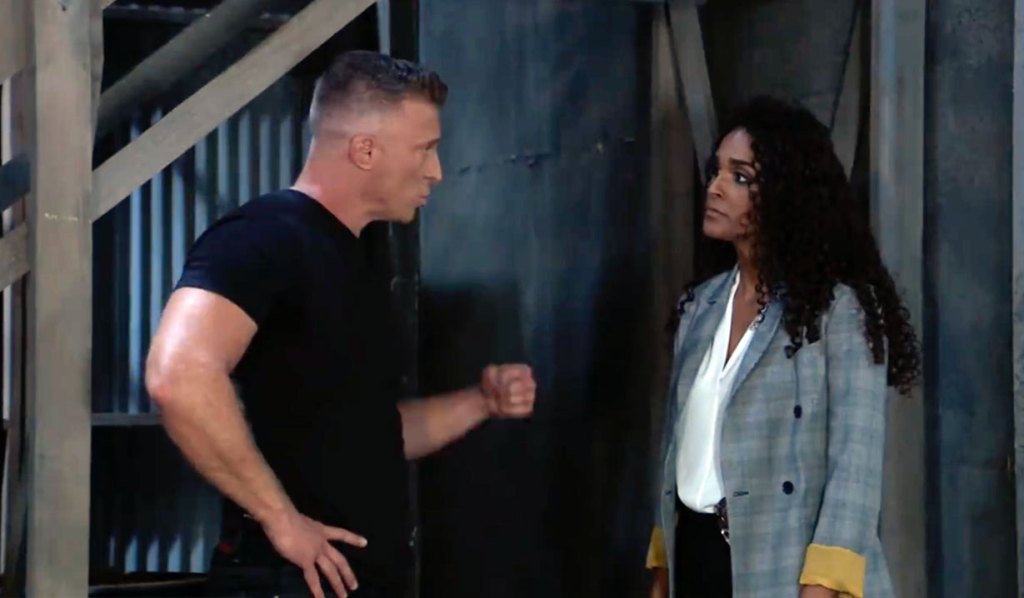 More: 20 crazy things that only happen on soaps

Curtis meets with Portia at Kelly’s. Portia apologizes for bringing up their past at the ball, and she tells him that their affair was not the reason for her divorce, Taggert’s devotion to his job was. They have an extensive conversation about their past mistakes, and Curtis reveals the one thing he can’t tolerate in a relationship is dishonesty. Curtis has to go, but he tells her that he told his wife about their previous conversation. 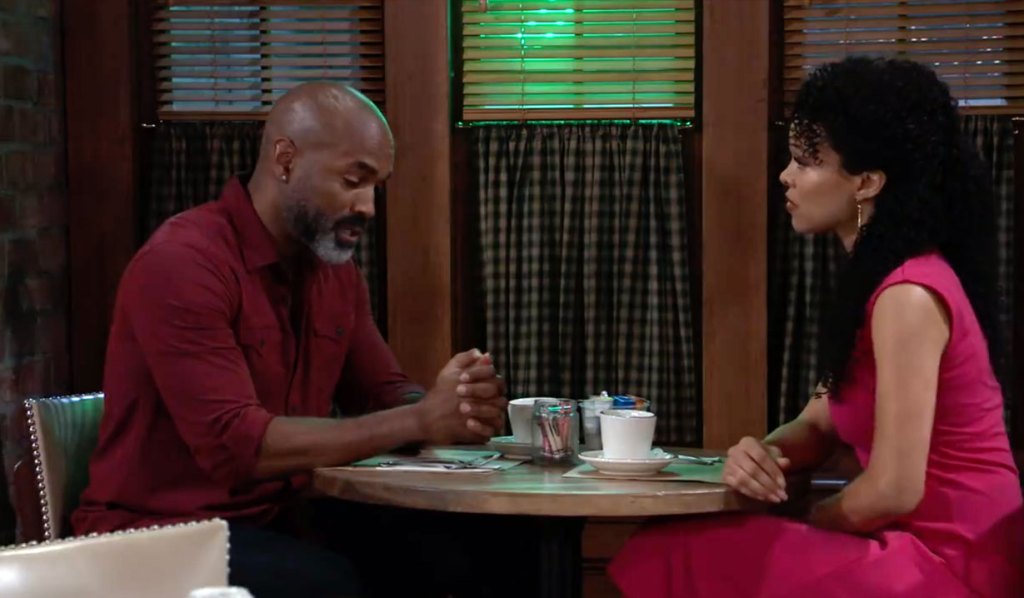 In the WSB hospital, Dante dreams of saying goodbye to Lulu, and the mission he had to complete. He wakes up to find Doctor Kirk standing there and he immediately pushes him against the wall. Dante backs off and apologizes. The doctor reveals he is getting pressure from his superiors to send him home, and so the WSB can offer him another operative assignment. Dante wonders why they want him. The doctor says this op involves someone close to him, a friend or immediate family. Dante tells the doctor to tell the director he can go to hell. The doctor tells him than his only other choice is to do the work getting back to his life or rot here. Dante decides to do the treatment, though he’s not sure how much of his family is waiting around for him.

Lulu shows up at the Quartermaine mansion and lets Willow know that Brook Lynn is in recovery. Later, Willow receives Valerie’s call and is relieved to learn Wiley is safe.

Sam visits her mom at home and tells her that she’s angry with Jason for checking himself out of the hospital to help find Wiley. They switch the subject to Neil, and she asks her mother if she turned him away. Alexis says she did. Suddenly there is a knock at the door and it’s Neil. Alexis invites him in, and Sam gets a message that Wiley’s been found. Sam decides to leave and heads out. Neil came because he needs to know if Alexis still feels they can’t be friends. 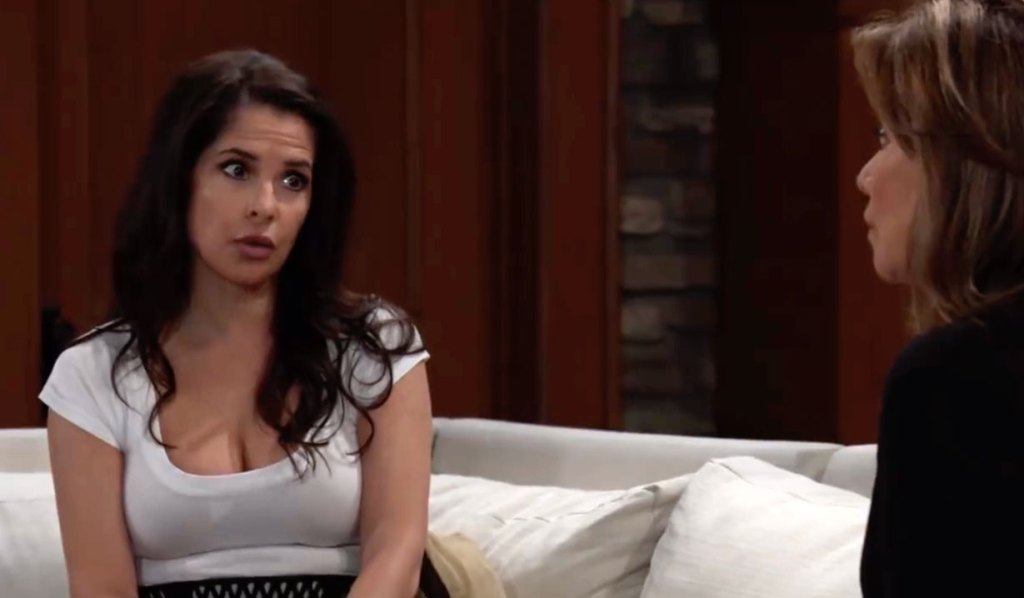 Back in the woods, Carly thinks they should be truthful because coverups never work, but Jax disagrees. They hear the police close by, and Jax says they can’t be found by the cliffs.

Carly and Jax return to the cabin. Carly ask Valerie where Michael and Wiley are. Valerie tells them Sonny gave them a ride home. Carly is covered in scratches and Valerie calls in a paramedic to attend to her. After they clean her up, Valerie questions Carly if she found Nelle.

On the streets of Port Charles, Lulu is on her way home when she gets a text from Dustin saying the kids are in bed and he has wine waiting for them. She smiles and sends an emoji heart response.

Michael returns Wiley safe to his crib in the Quartermaine mansion as Willow sleeps on the couch. She’s woken to the sound of Michael telling Wiley, over the baby monitor, they will never lose him again. Willow rushes upstairs and hugs Michael.

Neil tells Alexis that he misses her and hopes she misses him.

Nina informs Valentin that she has a new lead on her daughter thanks to Jax.

Sonny tells Mike he doesn’t want him sticking around for him.

Valerie asks Carly when she fought with Nelle if she hurt her. 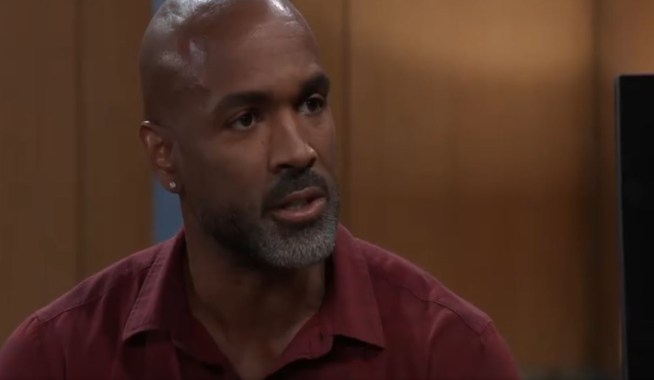 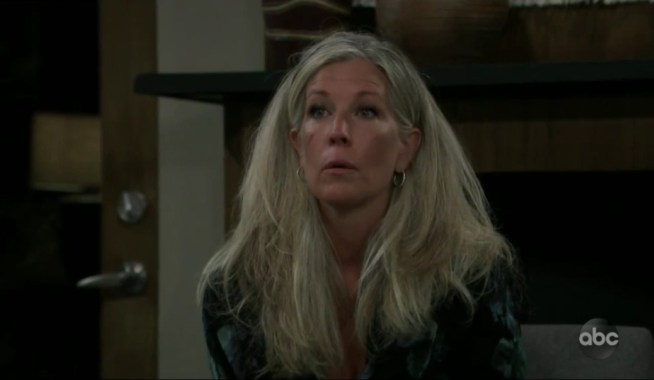