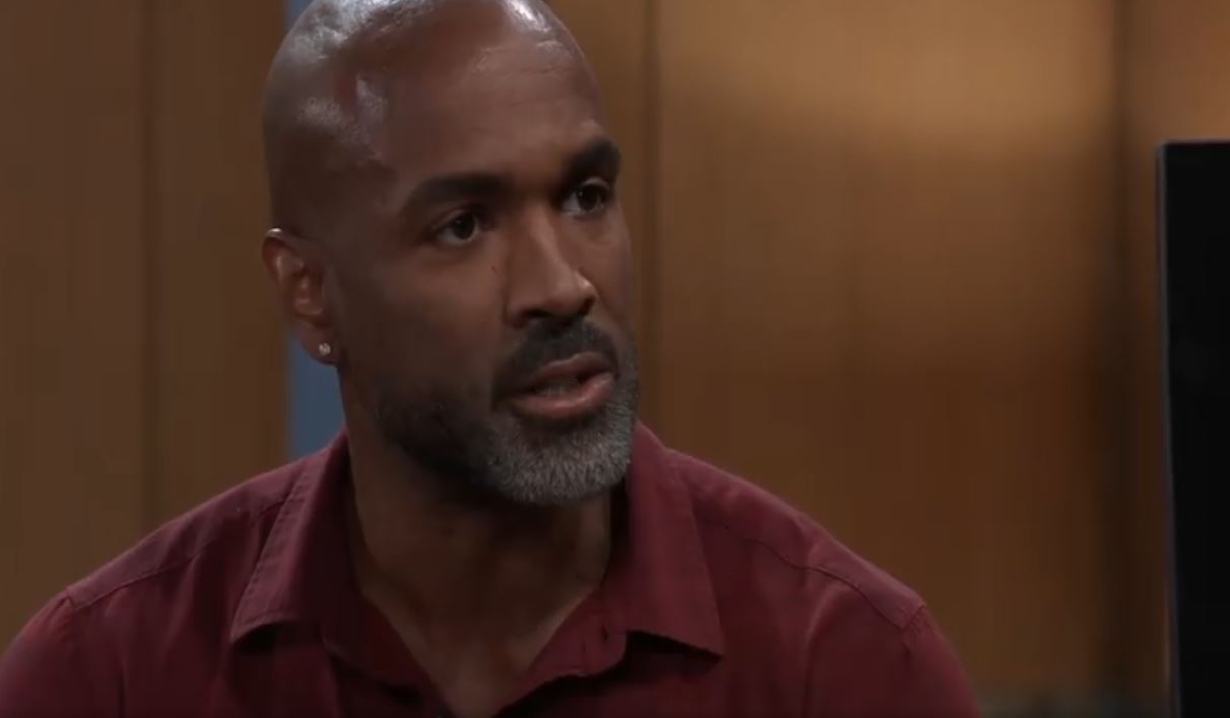 Curtis visits Jordan in her office at the Port Charles Police Department. He wants to talk about Taggert. He’s beating himself up about what happened and Trina losing her dad. Jordan tries to reassure him. He tells her about his relationship with Portia and how it ruined things with Taggert. 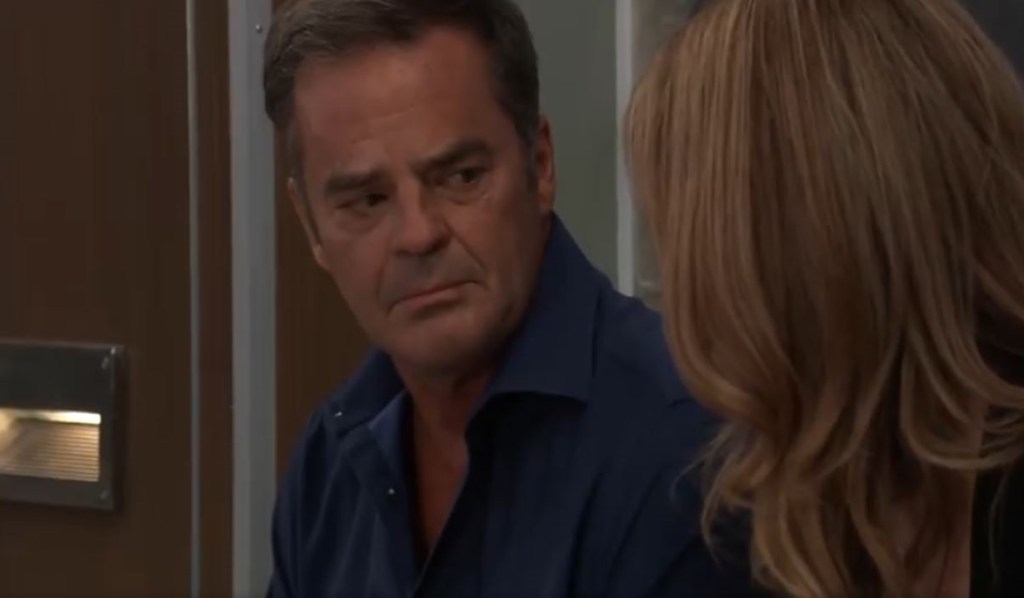 Ned and Olivia are with Brook Lynn at General Hospital. She wakes up as she dreams of Nelle slashing her throat. Ned assures her everything will be okay. Portia comes to see them and explains that the recovery looks excellent but it’s still unclear how her vocal cords will recover. When she’s left alone, Brook Lynn thinks about her fights with her father over ELQ. Outside her room, Ned tells Olivia about the fights his family used to have and how harsh Edward could be. He never thought he’d make the same mistakes his grandfather did. Liv tells him he finally got his priorities straight and can learn from his mistakes. He’s grateful to have that chance. Meanwhile, Carly gets a call from Michael saying he has a lead on Nelle. 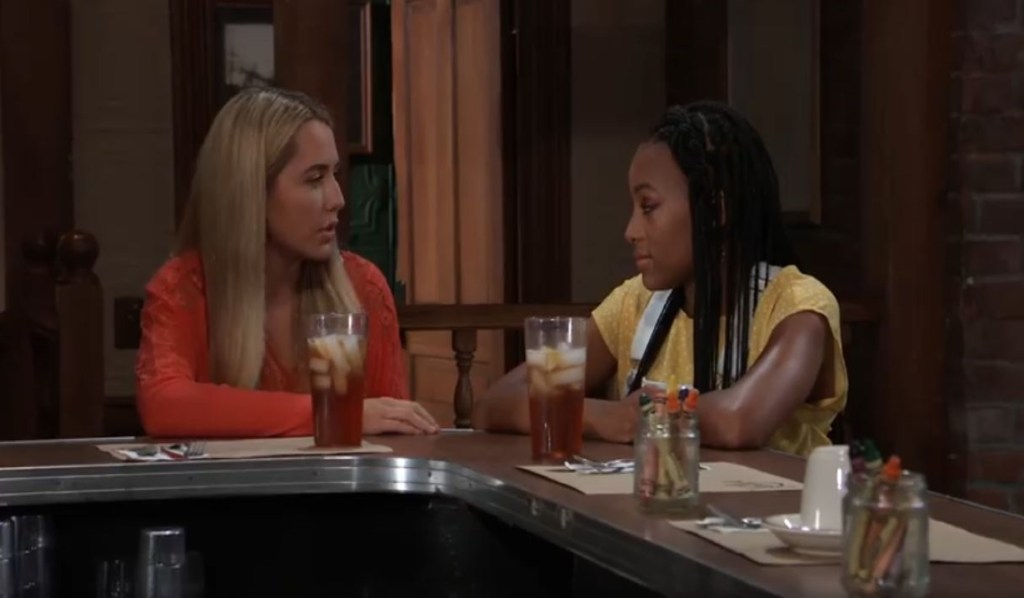 At Kelly’s, Joss and Trina are talking about how great the telethon was. Joss asks if Cam acts weird around her. As they discuss this, Joss realizes that it is Trina who Cam acts differently around. Trina explains how close she felt to Cam after the kidnapping and the kiss they shared. She insists they were just trying to comfort each other, and he just feels bad about it. “If you really liked Cam, you would tell me, right?” Joss asks. Trina doesn’t want to talk about boys. Portia and Curtis arrive, happy to see Trina smiling. 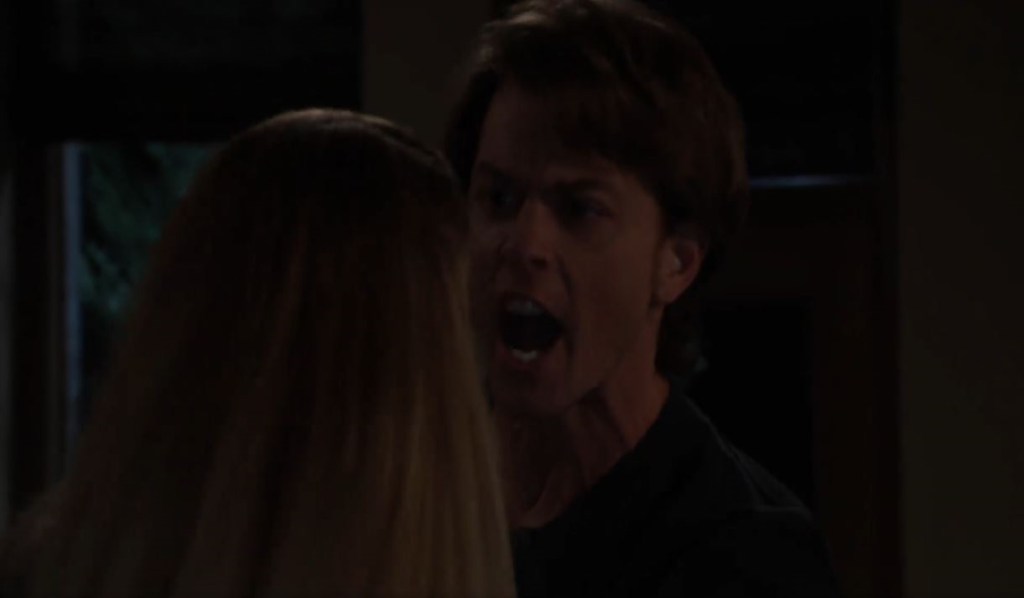 Nelle is at a cabin kicking herself for having Julian bring the tracker. She crushes it on the floor. Moments later, Michael walks in and she smashes a vase over his head. He wrestles with her and demands to know where his son is. She starts declaring she’s a good mother. Michael offers to keep her in their son’s life if she’ll return him. She’d like to believe that but knows it’s impossible because of Carly, who rules his life. He points out that he has resources on both sides of the law and she’s dead when she’s in prison unless he intervenes. When Wiley starts crying, Michael goes after him and Nelle runs. Michael apologizes to his son for letting this all go too far. Carly shows up with Jax. As Jax goes off to inform the cops, Carly tells Michael that she’s going to track down Nelle.

Carly chases down Nelle in the woods. She declares that this is the end. Nelle insists that all of this is Carly’s fault because she was never a real sister to her. Carly refuses to feel bad about that and insists that all of this is Nelle’s fault. She urges her to do the right thing and turn herself in. As Nelle tries to run, Carly lurches at her. Nelle kicks her away but soon after running, starts to scream for help. Carly finds her clinging to the edge of the mountain. She offers her hand but Nelle falls. (Is she a goner? We doubt it — here’s why.)

At the safehouse, Sonny and Jason question Taggert about being alive and in Port Charles. It’s killing Marcus to know how much pain his daughter is in. Sonny urges him just to take Cyrus out. He explains that Jordan knows he’s around and he owes her. If he kills Cyrus, he’ll have to go underground forever. He thinks Jason should be the one to eliminate Renault and asks Sonny to look out for his daughter. Corinthos agrees to do what he can. After Taggert leaves, Sonny and Jason strategize about Cyrus. Jordan calls to say that Wiley has been found.

Jason shows up in Jordan’s office and tells her she has a lot of explaining to do.

On the next General Hospital: Portia is apologetic.

Get the soap news, spoilers and interviews in your inbox daily with Soaps.com’s newsletter. And have a look through a gallery of General Hospital characters we want back.

Michael Makes a Discovery That Could...

Dante Is Surprised When the WSB...