Friday August 21, 2020: Today on General Hospital, Robert has good news for Olivia, Liz discovers Ava's scheme, and Julian has a change of mind. 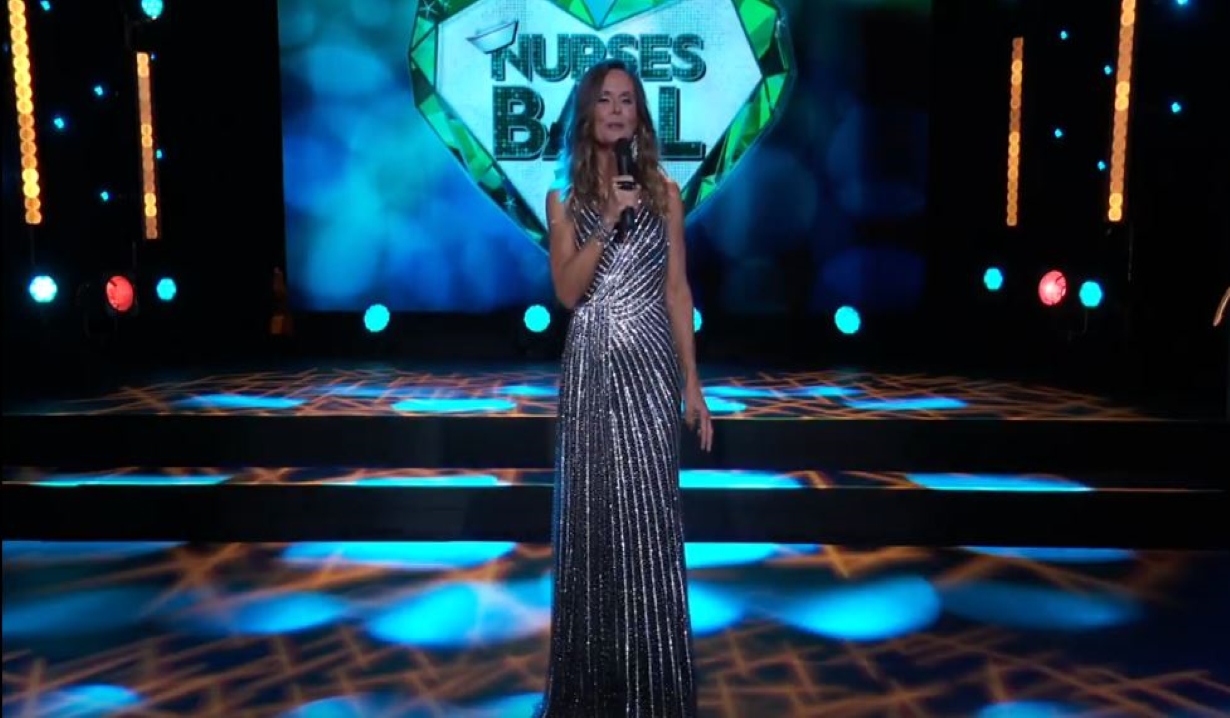 Lucy welcomes everyone back to the Nurses Ball telethon. Epiphany joins her on stage to talk about all the hard work done at the hospital and how stressful it is for workers. In the bathroom, Liz eavesdrops on Ava and Nina arguing about her plan to push Nikolas into wooing the nurse into bed. If that happens, she’ll get the payoff she wants. Ava has heard that Liz is chronically unfaithful and she’s happy to urge that along, even if Franco is her friend. Down the hall, Jax tells Nikolas that creating a scholarship in Liz’s name should have been thought out a little more. Franco suggests the prince should be giving that kind of attention to his own wife instead. Across the room, Anna corners Valentin and tells him that his song was wonderful. He congratulates her on her grandchild and hopes it will make Peter a better man. Backstage, Brook Lynn threatens to call the cops on Nelle. Benson slashes her throat with a pair of scissors. As Brook Lynn bleeds on the floor, Nelle cleans up and leaves. Meanwhile, Michael and Willow discuss Brook Lynn and the problems at ELQ. He admits that he doubts the company will suffer much under Valentin. With water, they toast to Wiley and Diane keeping him safe. He tries to call Brook Lynn but gets no answer. They decide to leave and check on Wiley. Behind the scenes, Amy finds Lucy and informs her that Jordan was called away and can’t perform. Coe instructs her to get some other nurses and warm up their voices while she stalls. 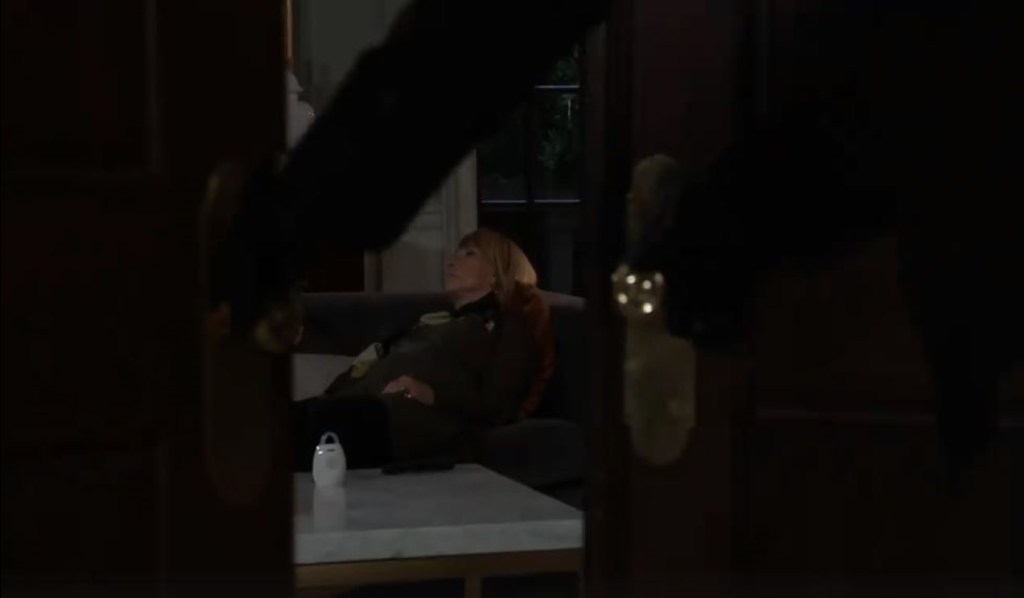 A masked Julian sneaks into the Quartermaine estate and chloroforms Monica. He gets a text from Nelle ordering him to hurry. He heads upstairs and nabs Wiley before exiting. Later, Michael and Willow arrive. They get depressed thinking about how great Sasha and Chase looked together. They decide to watch a silly movie. When they go to set it up, they find Monica unconscious. With some effort, they wake her up. Willow runs upstairs to check the nursery. She hurries down a moment later to say Wiley is gone.

More: Are Jason and Sam doomed? 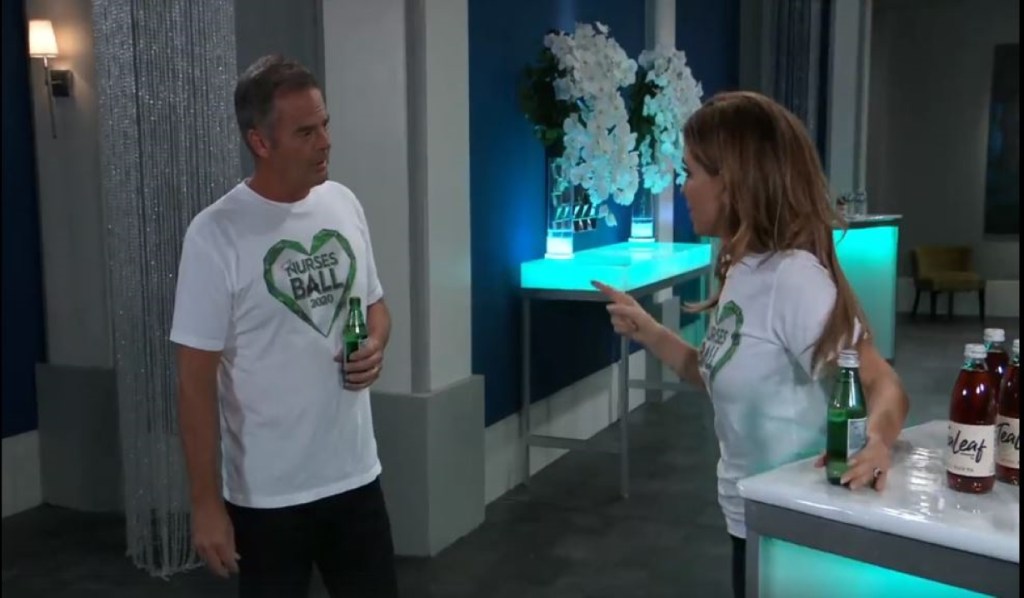 Back at the telethon, Sonny tells Carly he’s glad that she wasn’t the one behind Sasha and Chase’s scheme. Olivia keeps calling Brook Lynn but is having no luck. She and Ned start bickering. She’s starting to worry that he may be adopting Edward’s toxic way of dealing with the family. He starts looking for his daughter. No one has seen her. Lulu and Dustin go off to find her. When they go to her dressing room, they are horrified to find her on the floor. Meanwhile, Robert corners Liv and tells her that he can get her in to see Dante. She leaps up and down and starts sobbing. Ned watches as she hugs him. After Scorpio walks off, she explains things to Ned and says he can’t come. Lulu and Dustin run in to say that Brook Lynn has been attacked.

Julian waits down by the pier and thinks about how he can get out of this mess with Nelle. When she arrives, she orders him to put the child in her car. He tells her that she’s pushed him too far and pulls a gun on her.

Back at the telethon, Lucy calls Anna up to the stage. She talks about why the ball has always been so important to her and tells Robin’s story. Meanwhile, Liz and Franco bicker about Ava. She claims that they are pawns in a game that Ava is playing with them to get the better of Nikolas. He suspects that it’s the other way around. Back on the stage, Lucy calls the nurses up to the stage to sing their song.

On the next General Hospital: Julian is in a losing situation.

Get the soap news, spoilers and interviews in your inbox daily with Soaps.com’s newsletter. And have a look through Jason and Sam’s relationship timeline in the gallery. 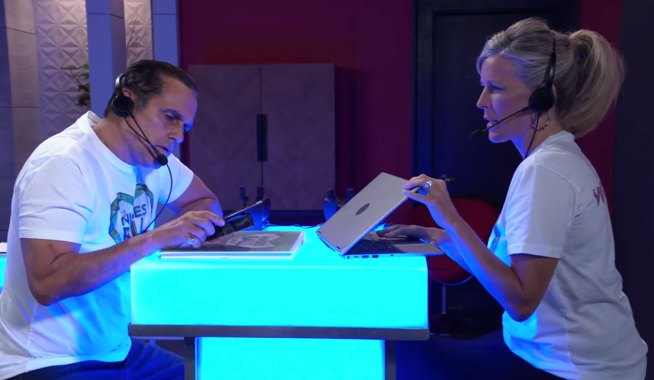 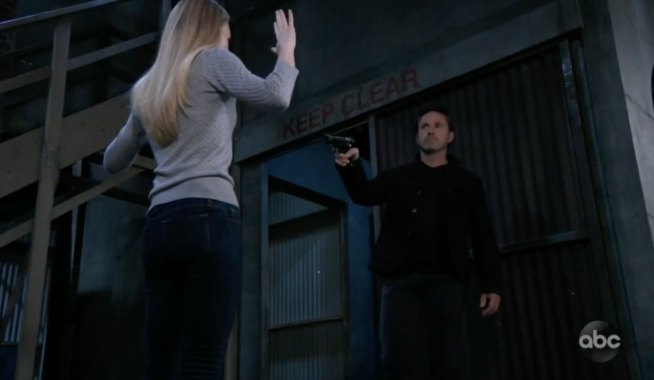