Thursday August 13, 2020: Today on General Hospital, Sasha does drugs, Cyrus becomes the chairman of the hospital board, and Olivia offers Brook Lynn some help. 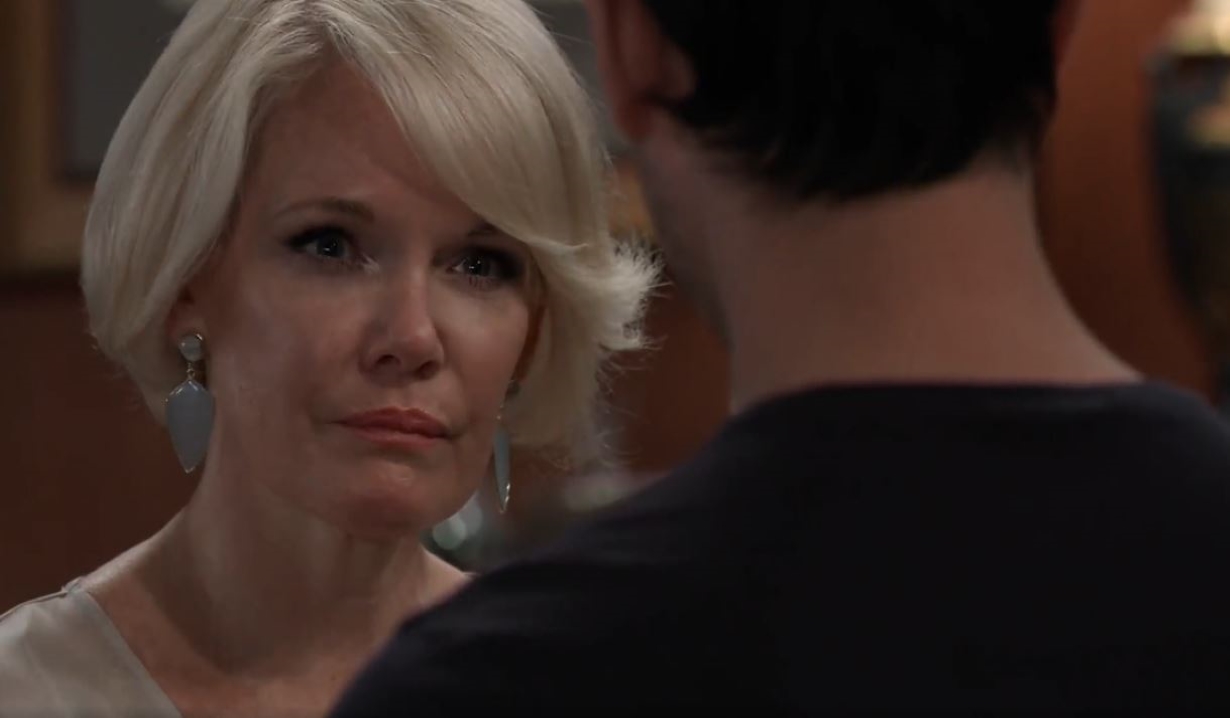 At Wyndemere, Nikolas is drinking and looking like a slob. Ava urges him to get ready for their party, but he doesn’t care. Lulu arrives, looking for a favor. She tells them about the financial situation at General Hospital and asks her brother to help out, explaining that Laura wouldn’t ask herself. He offers whatever is needed. She takes off, offering to come back for their event tonight. Ava wishes that he would look at their marriage as sympathetically as his sister does. They bicker about their arrangement. She accuses him of choosing money over his son. He insists it was Spencer who made that choice and explains a phone call he had from his son. She’s sorry. Nikolas asks her to prove it and says she is costing him his son by sticking with this marriage. He accuses her of using him as a scapegoat for her own guilt. 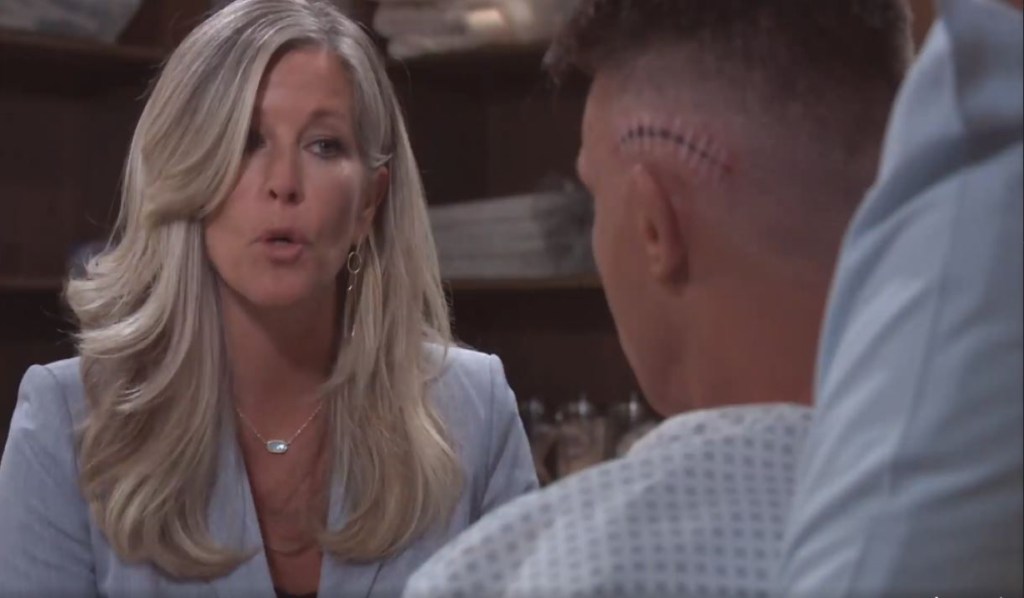 Carly visits Jason’s room at General Hospital with a helmet and teases him about getting more color in his wardrobe. He senses something is wrong. She tells him how well things went for Michael at court, but she suspects Nelle will retaliate. Down the hall, Franco drops by the nurses’ station to see Liz and get an update about Jason. She says he’s fine. He hopes this means she’s free to go to Wyndemere for the unveiling of his painting. She doesn’t want to be part of exploiting his past. He worries that his best work is behind him and he can’t make any money. Lulu rushes in and corners the head of the hospital board, promising that she has found an answer to their problems. He stops her and explains the board has already accepted Cyrus’ offer. In the corridor, Sam meets Sonny to discuss Brando. She suspects he might be involved in Jason’s accident. Sonny isn’t jumping to conclusions. Lulu interrupts and updates Sonny on the Cyrus situation and Valentin raiding ELQ. He heads off to Jason’s room, asks him about the crash, and updates him on Renault. Meanwhile, Sam corners Brando by the elevators and accuses him of trying to kill Jason. He insists it wasn’t him. She goes to see Jason and he tells her about Valentin taking over ELQ. Moments later, Lulu bumps into Cyrus, who explains that he is now chairman of the hospital board.

More: The biggest threat to Michael and Willow’s marriage 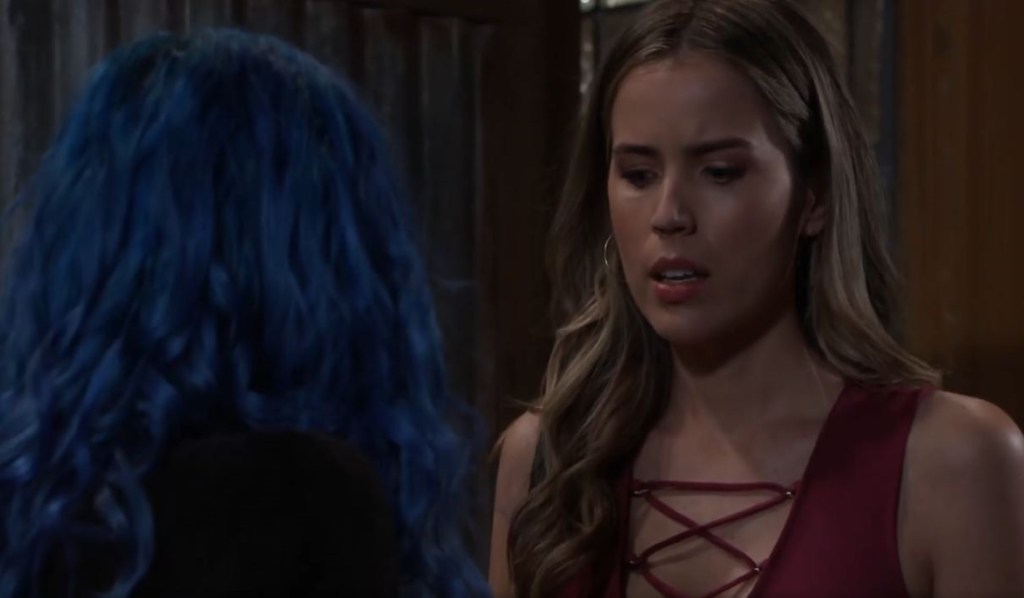 At the Floating Rib, Sasha and Chase talk about the Wiley situation until miserable Brook Lynn wanders in to prop up at the bar. She starts lecturing Chase about being a cheater while Sasha wanders off. She bumps into a woman who recognizes her as the face of Deception. When she explains she is a friend of the assistant from the photoshoot, Sasha flashes back to getting drugs from her. Sasha drags her into the bathroom. The woman admits she knows about her drug use and offers her a pick-me-up. When Sasha returns to Chase, Brook Lynn is still ranting. Sasha sends a text to Olivia. 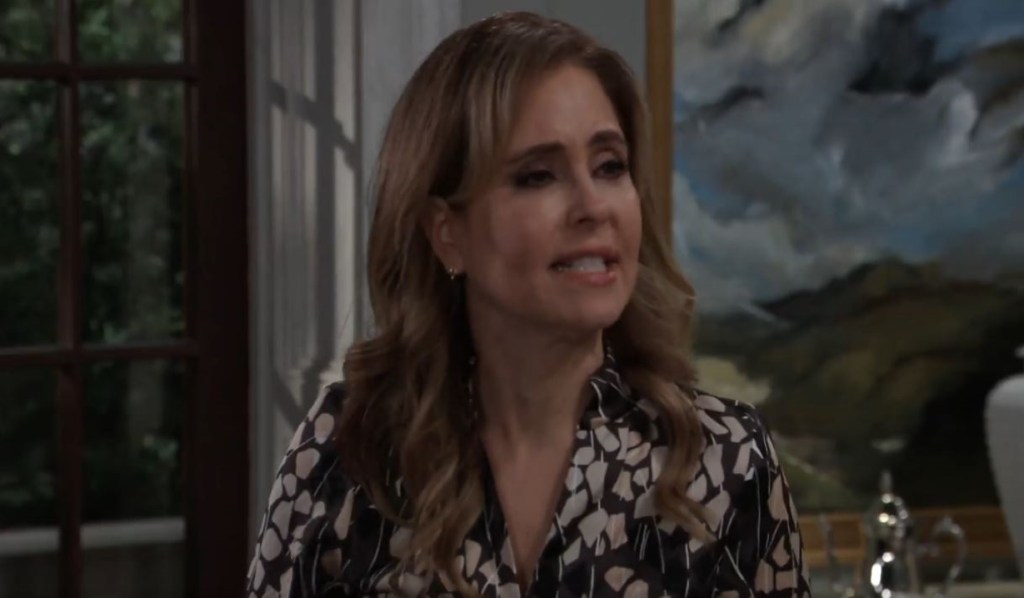 At the Quartermaine estate, Ned paces and wishes his daughter had warned him about Valentin. Ned wonders if Sam knows what she’s done. Olivia starts to tear into him for throwing his daughter away like garbage when she would do anything to have her son back. She gets a text from Sasha and leaves. Upstairs, Michael and Willow put Wiley to bed and talk about how they will have lives together now. He wants them to be honest with each other about everything. She admits that she misses Chase, but she is happy she married him. Michael is happy about it too and offers to take her out for dinner. They bump into Ned on the way out and he informs them Valentin is now the CEO. Michael assures Willow that today is still a day to celebrate and asks her to dinner again. 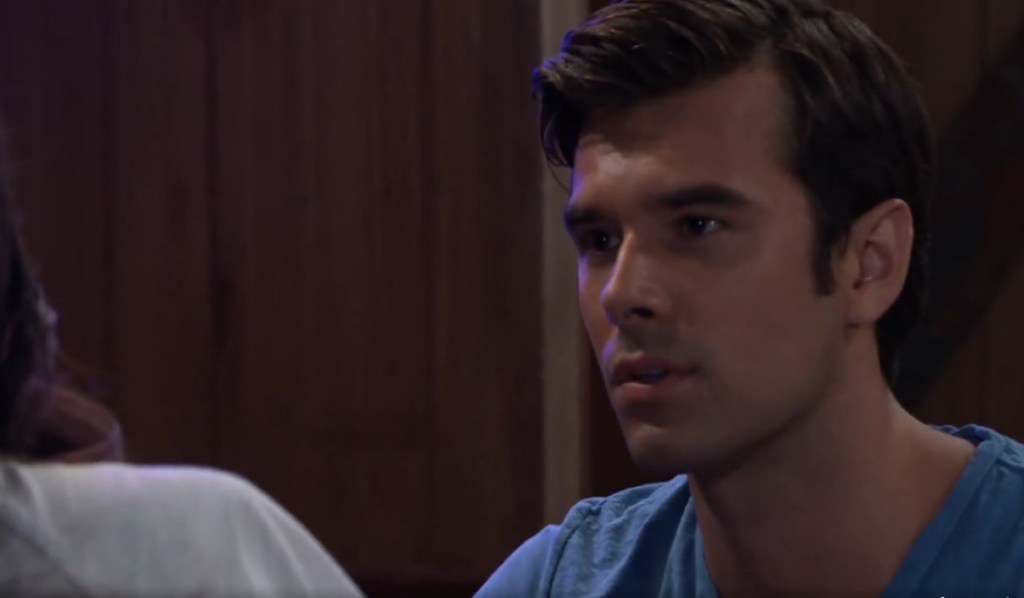 Olivia arrives at the Floating Rib and drags drunk Brook Lynn away from Chase and Sasha. The cop apologizes for Brook Lynn. Sasha is upset and goes off to freshen up. After she does her drugs, she returns to Chase, feeling peppy and suggests they take off. Carly comes in and giddily thanks them since Michael and Willow now have full custody. Across the room, Olivia offers Brook Lynn a room at the Metro Court and suggests she take it. Liv tells her that Ned is disappointed but that will change.

Franco arrives at Wyndemere. Ava recaps her fight with Nikolas but promises they will have a good night anyway. Meanwhile, Nikolas calls Spencer and tells him that Ava believes his story. He plans to drive her away with guilt.

Terry has questions about Cyrus.

Get the soap news, spoilers and interviews in your inbox daily with Soaps.com’s newsletter. And have a look through the gallery of the best and worst of soap opera recasts.

Sole Custody of Wiley is Given To...