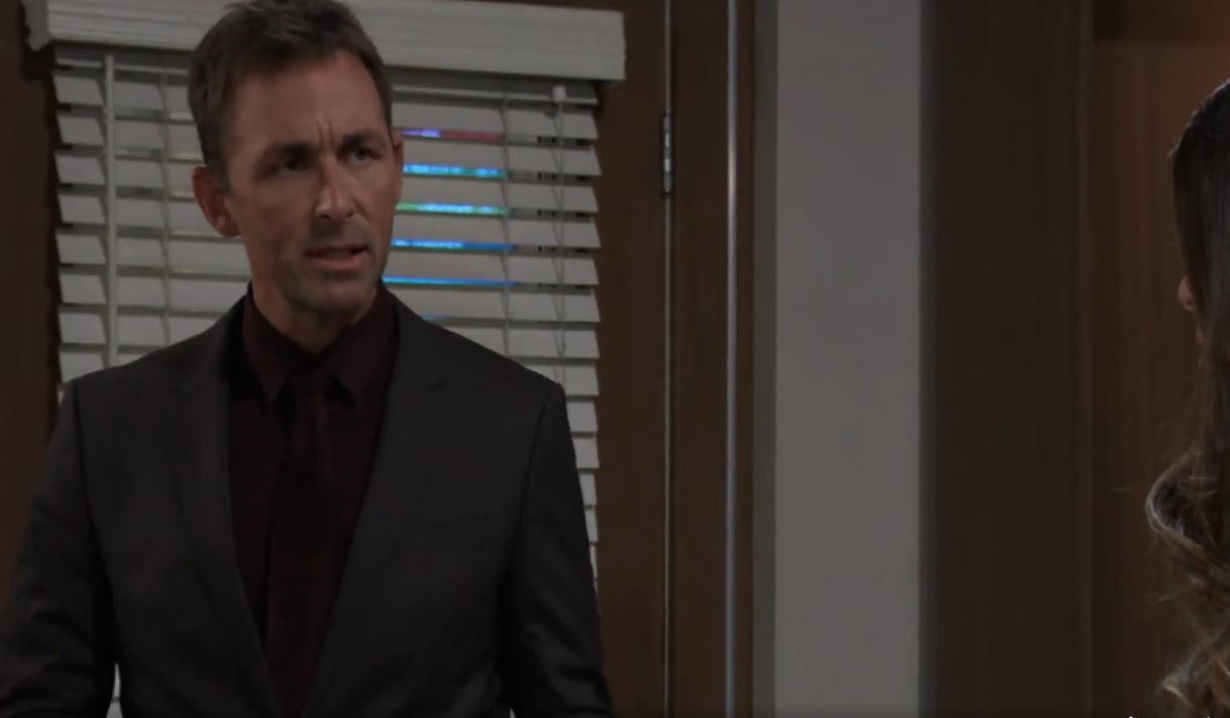 At General Hospital, Sam sits by Jason’s side. Michael keeps calling but she won’t pick up. Sam promises Jason that she will be at his side when he wakes up. Valentin interrupts and repeats his promise to keep her parole officer away if she’ll sign the paperwork giving him control of the proxy votes of her children. She thinks and signs. Valentin smirks and walks off. Soon, her parole officer shows up to harangue her. Dolores is called away and returns a moment later to announce she has been transferred. She introduces Sam to her new parole officer, Owen. He assures Sam she can stay with Jason as long as she wants. He leaves them alone and Sam tells Jason they can finally be a family again thanks to Valentin. Stone Cold grips her hand and wakes up. Down the hall, TJ catches his mom on the phone, discussing her possible resignation with the mayor. He asks Jordan if her endorsement of Cyrus is getting her fired. She assures him it’s not and she’s only trying to make amends for the way her colleagues mistreated Renault. He respects her for doing what she thinks is right. 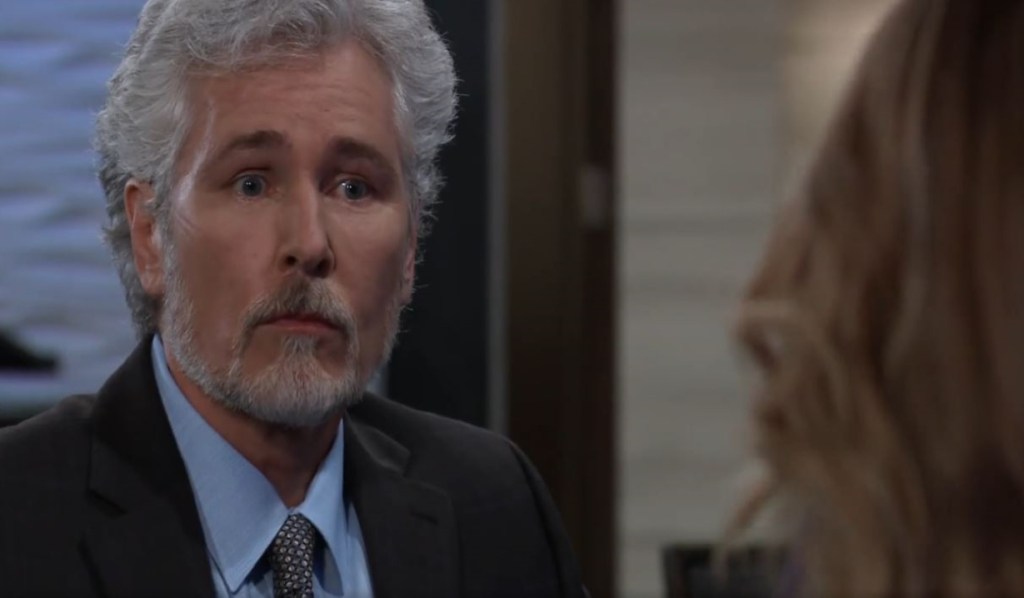 Martin joins Nelle at the Metro Court. She orders him to think up an excuse for her not to go to court today. They bicker about this. He doesn’t think they have any tricks left to play. There is only one thing he can do. He urges her to drop her suits and make a deal with Michael for visitation. “You’re fired,” Nelle declares. Her lawyer tells her that’s a bad plan, but he’s glad to be done with her. Nelle says she won’t pay him and is going on the run. Martin thinks she’s lost it. Over at the bar, Lucy approaches Cyrus to introduce herself. He’s been reading her book about Port Charles. She’s glad that he’s been clearing his name and brings up the Nurses Ball. He offers to underwrite it. They chat about the hospital’s financial situation. Renault thanks her for being friendly and cuts her a check. As soon as she takes off, Curtis saunters over and says he won’t be having any more private conversations with Jordan. He tells Cyrus he knows about the person he’s keeping at Wilson Avenue. Curtis claims there’s nothing he can do against him and his luck has run out. Cyrus smiles. After Ashford exits, Cyrus calls Jordan over and orders her to call off her husband. He warns he may have to ‘prune’ him if he doesn’t stop being a thorn in his side.

More: Could Sonny’s days be numbered? 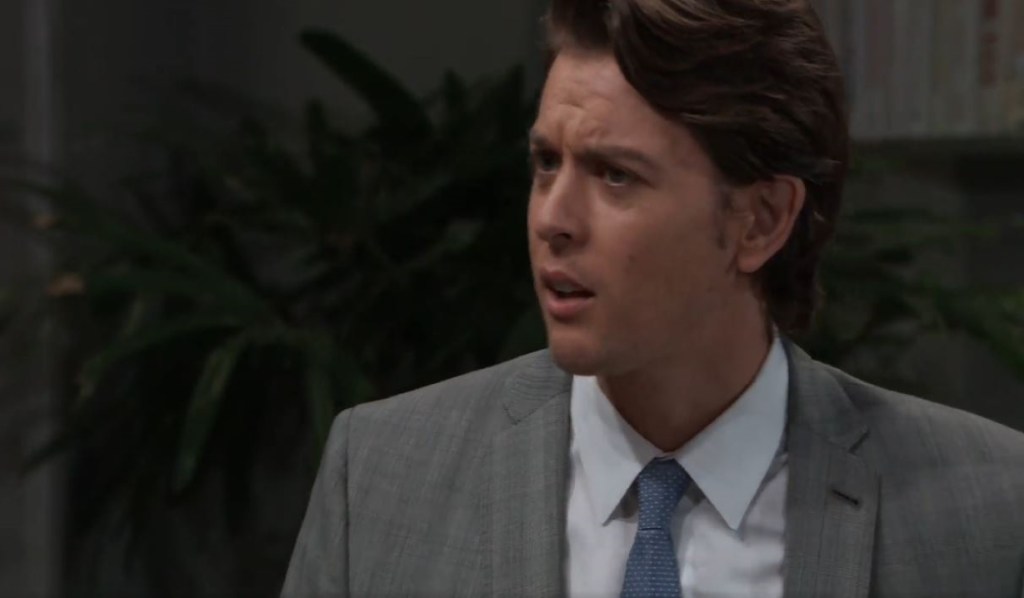 At the Quartermaine estate, Michael updates Willow and Brook Lynn about Jason and then the topic turns to Wiley. Ned and Olivia join them. He announces that the family needs to come together for an emergency ELQ shareholders meeting. Ned explains that he’s called Lucy in case she needs to cast her single vote for a tie-breaker. After he makes some calls, he explains that Skye and Maya’s shares have been sold. Michael demands to know what’s going on. Olivia points out that Tracy explained all of this months ago. Valentin arrives and announces that he has the proxies for Sam’s children. He explains how many shares he has. The vote starts. Valentin votes against bailing out the hospital. The Quartermaines vote in favor of it, until Brook Lynn is prompted and explains that Valentin owns her shares. This leads to family bickering which Valentin eventually ends to remind them he owns half the company. Olivia is sure that Lucy can save them. Michael and Willow leave for court as Coe arrives. The situation is recapped for her.

Curtis drops by the hospital and chats with TJ about the situation with Jordan.

Michael and Willow arrive at the courthouse. He reminds her they are in this together and will make things okay for Wiley. They walk into the courtroom as Nelle is checking a tracker on her phone.

Lucy has a surprise.

Ned is disappointed by Brook Lynn.

Get the soap news, spoilers and interviews in your inbox daily with Soaps.com’s newsletter. And have a look through the gallery revealing the age of your favorite characters. 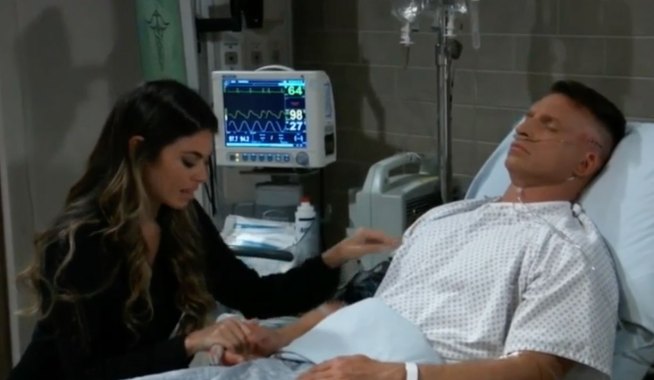 Sole Custody of Wiley is Given To [Spoiler] 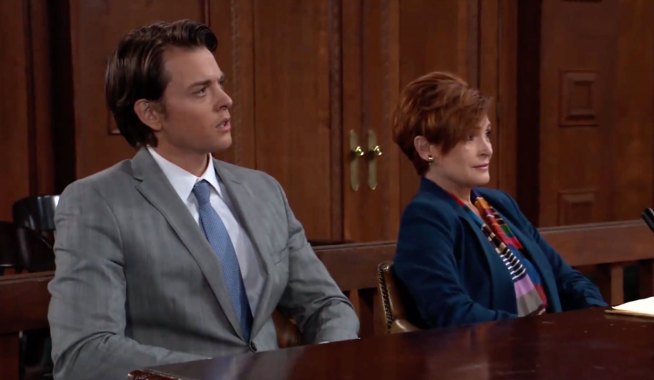