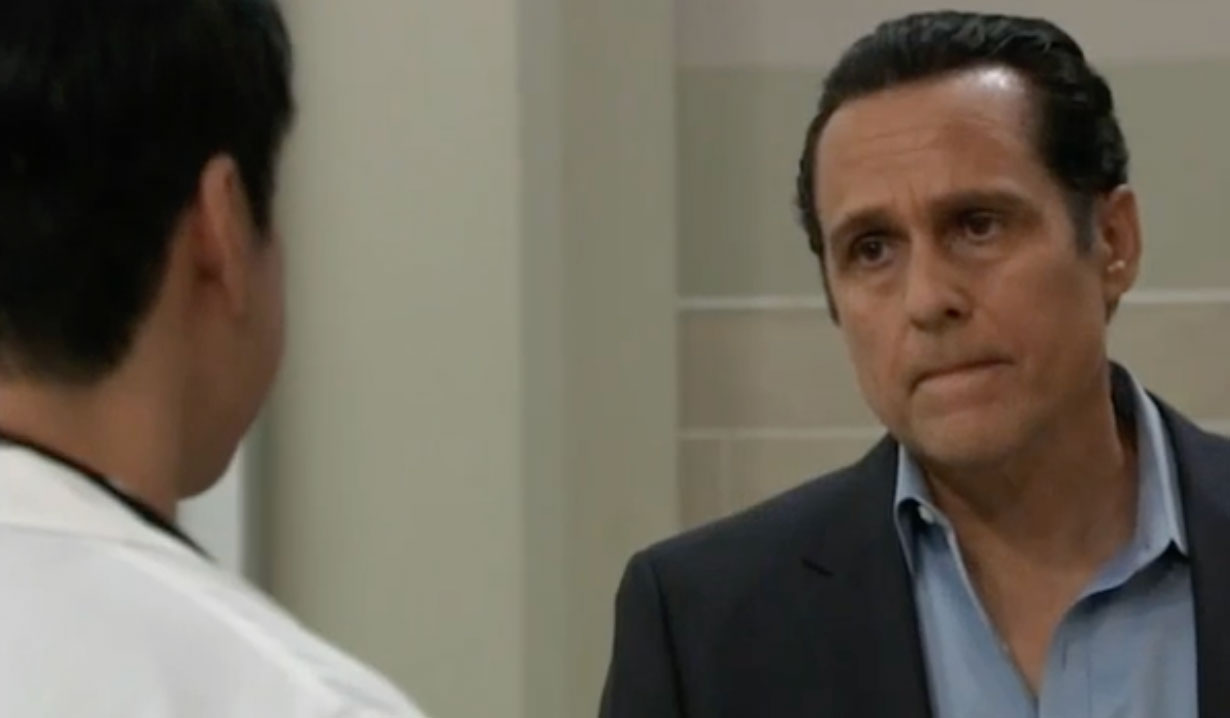 Sonny wakes from a dream that the feeding tube surgery helped Mike get back to his old self and tells Carly about it. Later he gets a call from Dr. Knox, who says they’re moving Mike to General Hospital to insert the feeding tube. After Sonny leaves, Jason arrives, and Carly shows him some research she’s done which reveals feeding tubes don’t help prolong Alzheimer’s patients’ lives. She begs him to go with her to talk to Sonny about this. 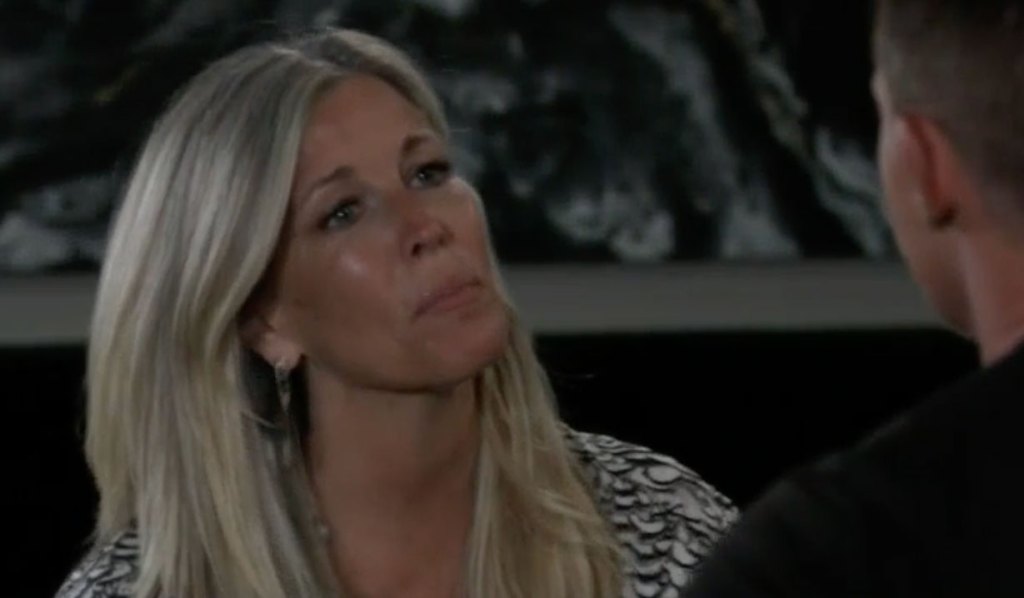 Neil finds Sam at Metrocourt ending a call with Alexis. Sam confronts Neil ghosting her mother. She informs him that her mother got disbarred, which he didn’t know, and she blasts him for not bothering to check on her. Sam storms off. Elsewhere, Nelle meets with Valentin and demands what she asked for or she’ll tell the Quartermaines that he’s bought her shares and likely is trying to take over ELQ. He warns her that if she kidnaps Wiley, she’ll lose him forever, and Michael will find her. He tells her the documents she wants are in the parking garage behind a dumpster in an envelope. She leaves, and Valentin finds Sam at the bar and reveals he wants to acquire her children’s shares in ELQ. She refuses to sell them, but he’s only asking to borrow the voting proxy. She scoffs that she doesn’t need his money. He explains he is offering to help her with her parole restrictions. Sam thinks there is a catch. He tells her to think about his offer. 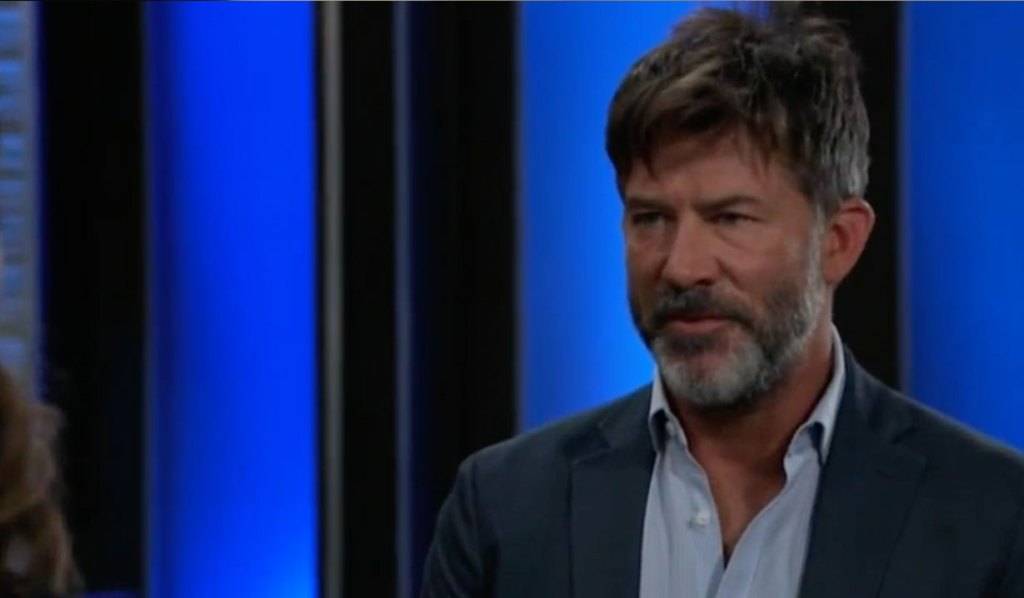 At the Quartermaine mansion, Michael and Willow wait for Nelle, who is an hour late to her court-appointed visitation schedule. Nelle eventually arrives, and Michael scolds her for being late and says Wiley is napping. Nelle picks up a stuffed kangaroo, which Willow explains is Wiley’s favorite. Nelle tells Willow she can pretend to be Wiley’s mother, but she’ll never be his real mother. When she turns her back, she slips a tracker into the kangaroo’s pouch. After leaving, Nelle opens the envelope from Valentin and looks at the fake passports he provided her. 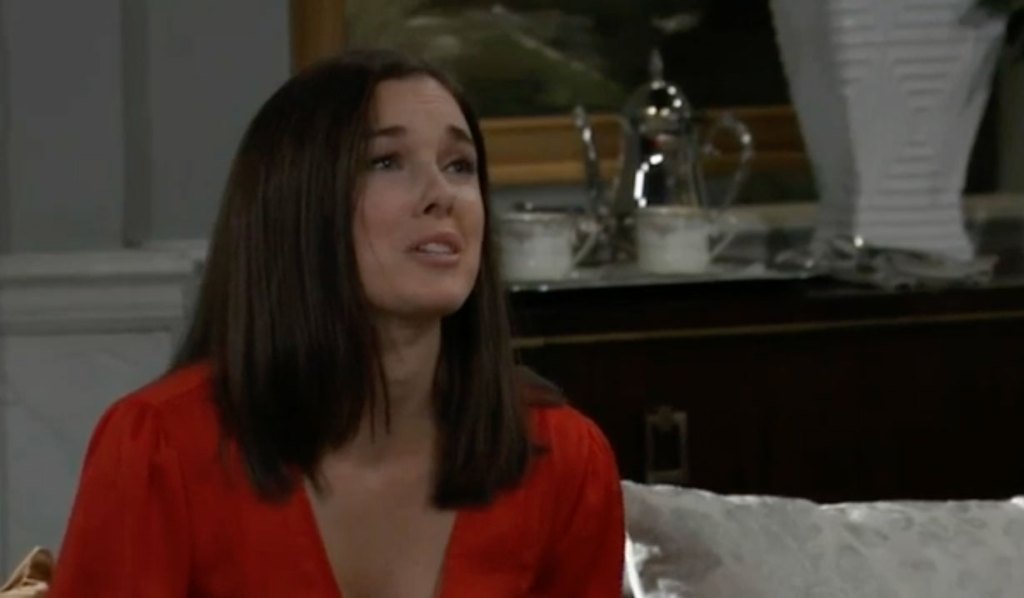 Back at Alexis’ place, Diane arrives, and she fills her in on Nina’s testimony and Nelle’s meltdown. Alexis admits she misses practicing the law, but she needs to pick up the pieces of her life and move on. Diana wonders where things stand with her and Neil, but Alexis says there is no her and Neil. She hasn’t heard from him since he yelled at her for lying for him. The doorbell rings, so Diana answers it, and it’s Neil. Diane departs for a client meeting. Neil brought her a DVD which he thought she might enjoy. Alexis confronts him for disappearing on her. He understands she’s angry, and he’s angry with himself for taking advantage of her. Alexis says went along willingly, and she lost her career too. She not ready to see him yet, and thanks him for stopping by. He departs. 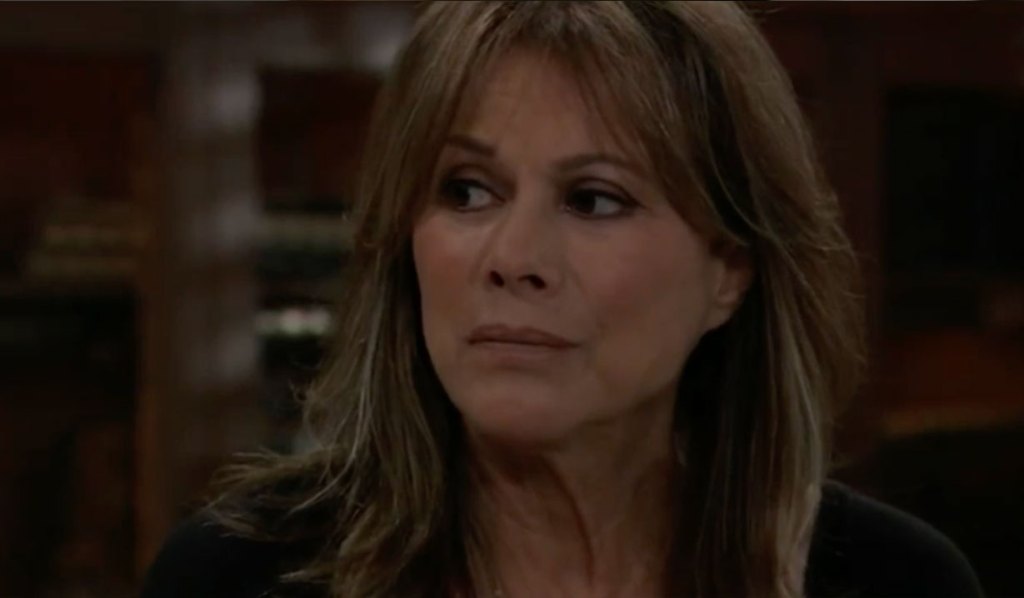 Sonny wheels Mike into General Hospital and Liz greets them. Sonny fills her in on Mike’s procedure today. Another nurse takes Mike to prep him. Later, Felix spots Sonny and learns Mike is getting a feeding tube. He hopes it goes well and wishes he could be there for Mike, but he’s been assigned to Yvonne, Mike’s girlfriend. Sonny can’t believe she’s still there. Felix explains Yvonne had complications from her feeding tube surgery months ago and she’s on a ventilator after developing pneumonia. Felix takes Sonny to visit Yvonne, and he sees all the machines she’s hooked up to and that she’s restrained to keep her from pulling out the tube and ventilator. Later Liz finds Sonny sitting deep in thought in the waiting area. He realizes his father wouldn’t want to live the way Yvonne is, but he doesn’t know how he does nothing for him. Liz advises him to make the best decision for his dad’s dignity and quality of life. She relays when she saw Mike earlier that there was no spark left inside him, he can’t feed himself or even smile. Sonny says he has moments, but Liz says eventually his dad is going to die and he needs to think about how much he’s suffering. Jason and Carly arrive, and Sonny reveals he’s decided to just keep Mike comfortable, but no heroic measures are to be taken. He thanks them for giving him space to figure this out on his own. Sonny goes to visit Mike and tells his dad they all love him. Sonny cries as he says he can go whenever he’s ready. Mike cries and nods.

Dante tells his doctor there is a ticking time bomb in his head.

Maxi informs Lucy that something momentous is about to happen.

TJ informs Curtis that he turned them down.

Cyrus meets with Brando to discuss something.

Get the soap news, spoilers and interviews in your inbox daily with Soaps.com’s newsletter and take a look at our gallery of Dante’s life in the photo gallery below. 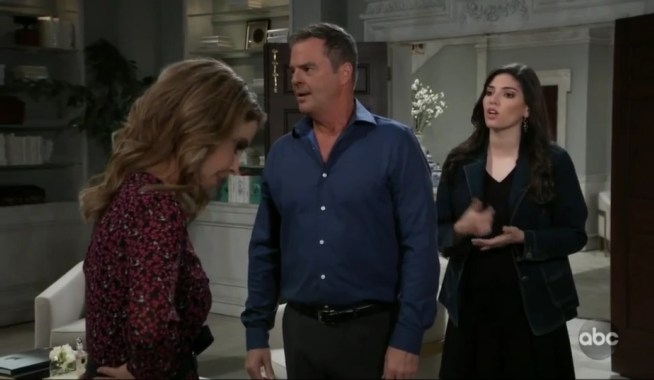 Brook Lynn Agrees to Valentin's Offer, Inching Him Closer to Control of ELQ 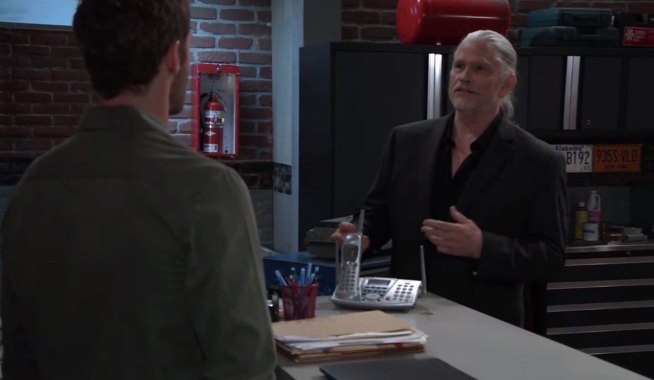