Monday May 18, 2020: On General Hospital today, Sam apologizes to Brando, Cyrus has business with Ava, and Joss gets a shock. 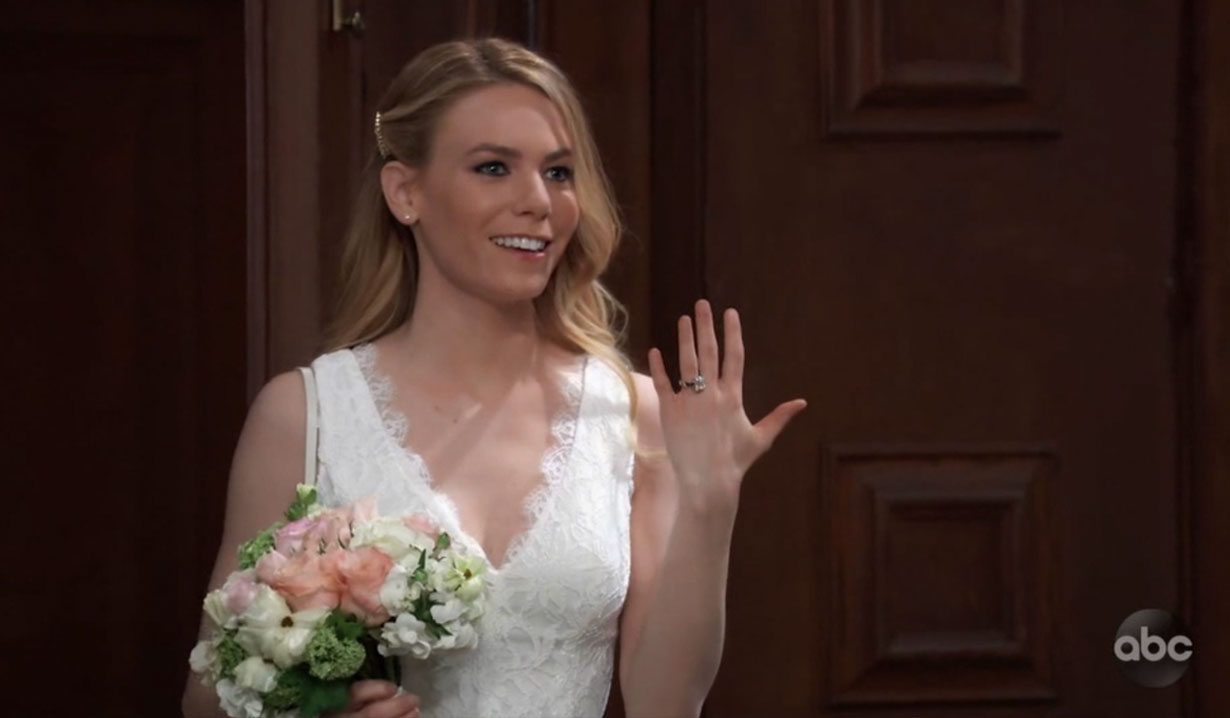 Jordan and Curtis meet with Molly and TJ at the Metro Court to celebrate their choice to become domestic partners. Sonny briefly stops by and congratulates the happy couple on their news. Later Sonny sends some beverages over to their table, and Jordan goes to thank him in person. Jordan tells Sonny their working relationship is over, but Sonny worries Mac’s investigation will lead him to Cyrus. Jordan says she will handle her people and returns to her table. Jordan pulls Molly aside for some girl talk. She apologizes for what she said to her while TJ was kidnapped, and it was only done to protect her son. Back at the table, TJ admits to Curtis he’s going through a bit of PTSD. He’s worried he could drive Molly away. Elsewhere, Cyrus introduces himself to Ava. Lucy showed him her penthouse and he wishes to purchase it. He is also an art lover and thinks her upcoming unveiling of a new Franco piece should be thrilling. Ava assures him that he won’t be on the guest list. Cyrus excuses himself to take a call and Sonny approaches Ava and asks what she’s doing getting involved with Cyrus. Ava informs Sonny that Lucy never told her that Cyrus was the one looking to buy her penthouse and to give her some credit. Sonny gets a text from Carly and departs. Cyrus returns to chat with Ava, who refuses to sell the penthouse to him because she won’t do that to Trina. She storms out. Later Cyrus confronts Curtis and Jordan. He thinks now that Curtis knows everything, he might want to do some work for him to ensure everyone remains safe. 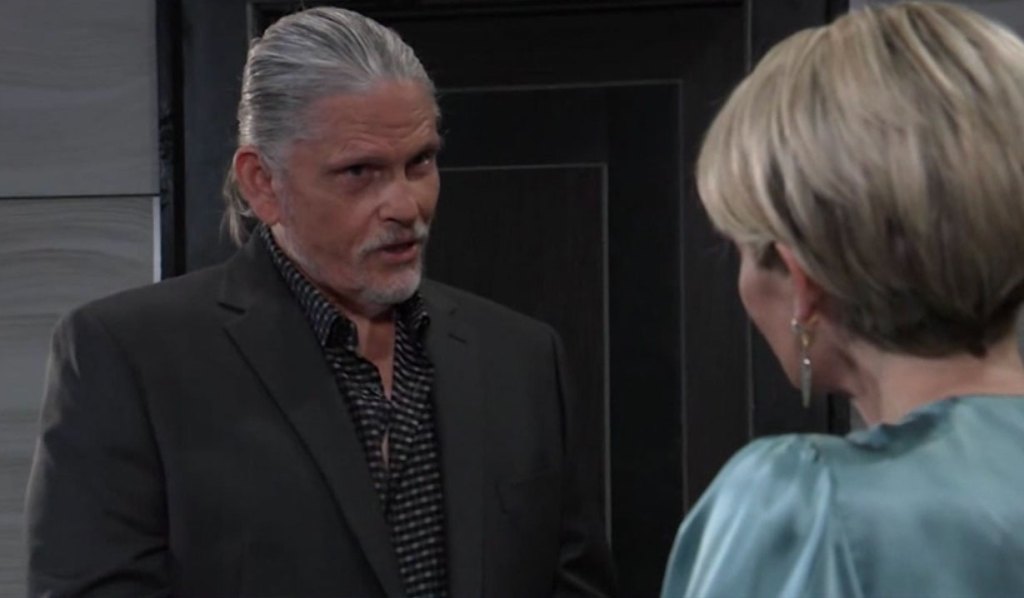 More: Why Dante needs to return to General Hospital

Sam takes Alexis to Sonny’s gym to try and get her mom moving and to figure out her future. Alexis has been an attorney her whole life and if she’s not one anymore then who is she? Sam pushes her mom to figure out what her second act will be. Sam steps away to take a call and Alexis starts kicking the punching bag. Brando arrives and advises she’s better off punching the bag. Sam returns and asks Brando why he’s talking to her mother. Sam introduces Brando to Alexis, and Alexis smiles and says she’s heard all about him from Molly. Sam says they should get back to their workout, so Brando leaves them. Alexis comments it’s no wonder Molly slept with him, he’s nice and cute. Sam doesn’t see it. Alexis gives up on working out and goes to hit the steam room. Sam walks over to Brando and apologizes for how she treated him. He accepts. 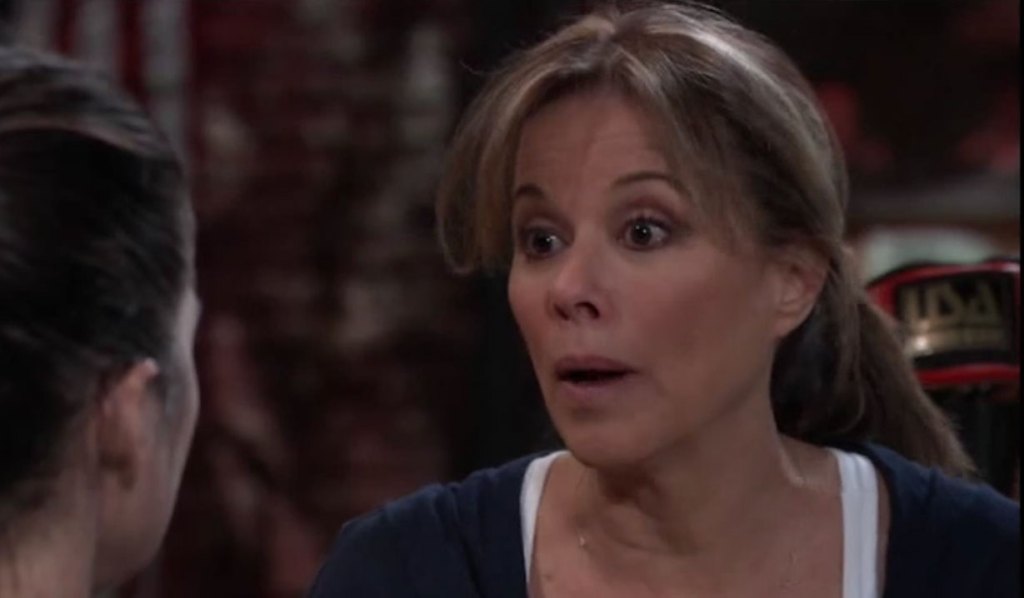 More: Why Nelle will win custody of Wiley

Nelle bursts into the courtroom in a wedding dress and apologizes for her delay. Julian follows and she introduces her new husband, shocking everyone. Nelle says she and Julian were married last night and it has been one big happy blur. The judge asks if this marriage is legal, and Nelle produces a license. He calls a recess to examine it. Michael is sure Nelle has something on Julian to force him to marry her. Diane says Julian is the worst person Nelle could marry, and Nelle looks like a lunatic arriving in that dress. In the hallway, Martin can’t believe Nelle’s latest stunt. Nelle swears she and Julian just want what is best for Wiley. Court resumes, and Diane makes her opening statement. Martin follows with his and paints Nelle as being wronged by Brad Cooper. Nelle fiddles with the half-locket in her hand. She also recalls blackmailing Julian the night before into marrying her. She advised him that her attorney has a sealed envelope to be opened on her death or disappearance which will send the cops straight to him. After Martin’s remarks, the judge orders a recess. Michael and Willow decide to go get food at the Metro Court. Diane takes a moment to call Alexis and warn her that Nelle has married Julian. Nelle and Martin depart for lunch, while Julian chooses to remain behind in court. Sonny arrives and warns Julian he has just married the person he hates more than he hates him. 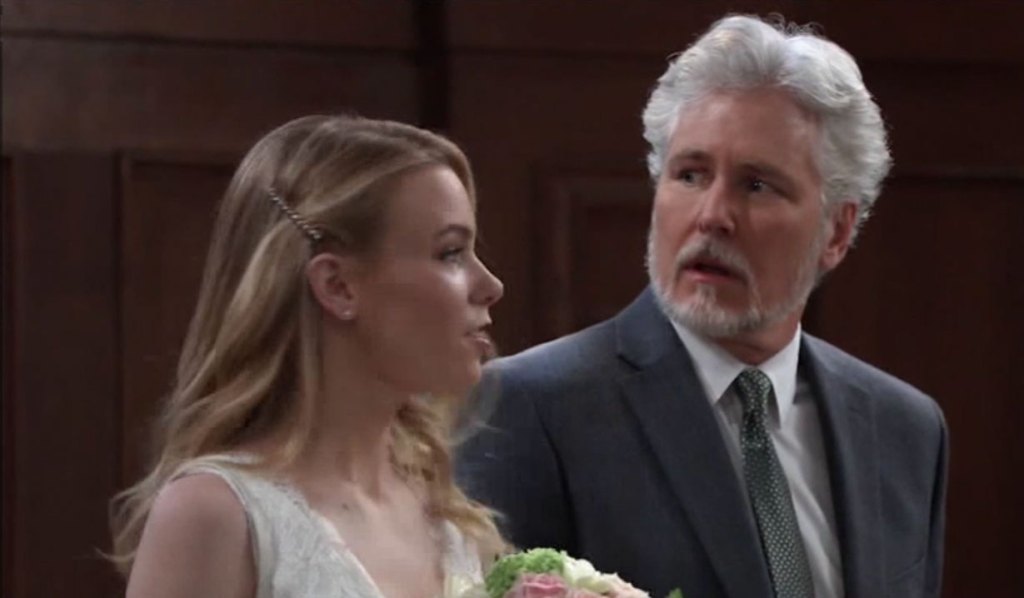 Joss, Trina, Cam and Dev hang out in the park. Joss suggests they do something, but Cam and Trina reveal they have plans to play ultimate frisbee. Joss is interested in joining them, which causes Cam to become a bit flustered. She thinks they don’t want her to join them. Trina promises to text her the details. Trina and Cam depart, and Joss wonders what that was about. Dev lets Joss know that Cam is into her. Joss thinks that makes no sense, and wonders what she’s supposed to do now. Dev advises that Cam knows she doesn’t return his feelings and they are just good friends, so it’s fine. 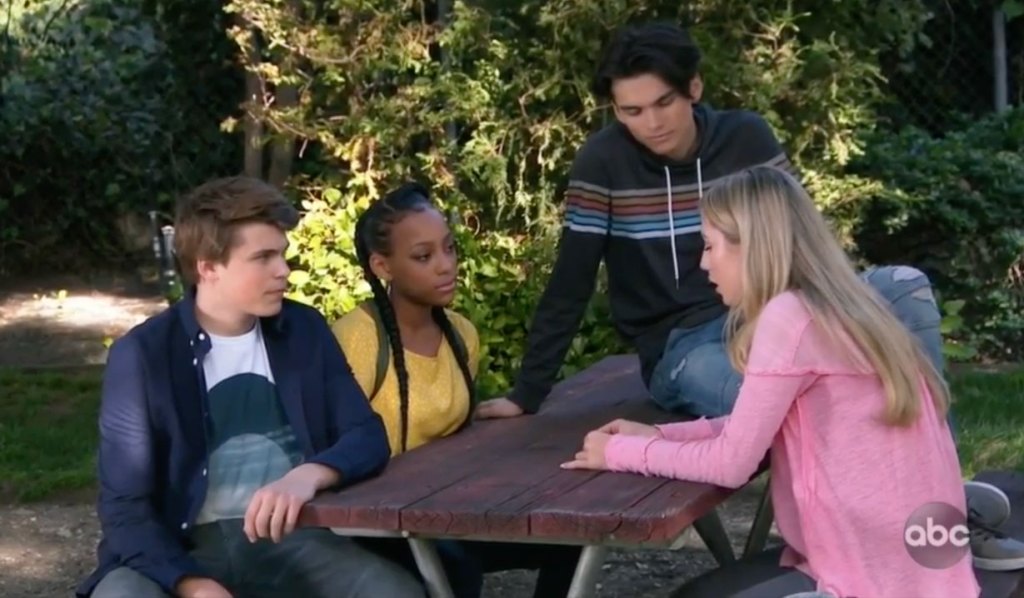 Nina asks Nelle how she got Julian to marry her.

Carly advises Martin if he tries to use Sonny against Michael that it will be the death of him.

Nelle Arrives at the Courthouse in a...

Sonny Chokes up Over an Unresponsive...