Nelle Arrives at the Courthouse in a Wedding Dress 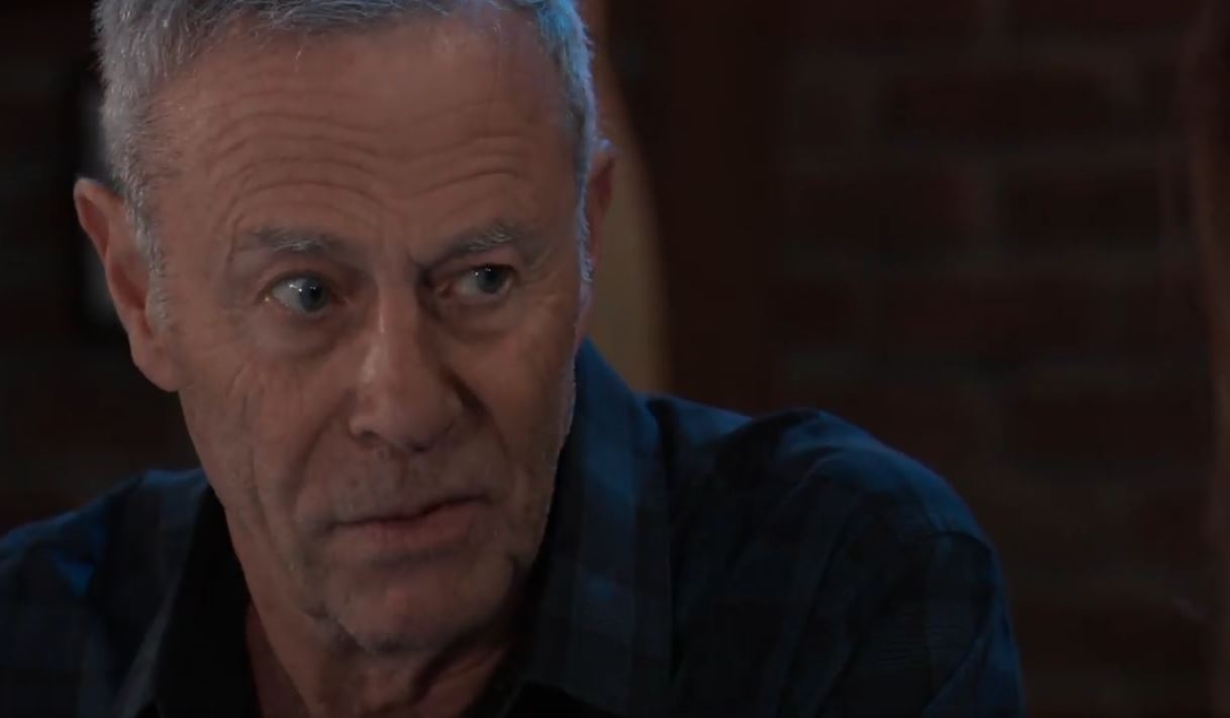 At Charlie’s, Finn notices that Anna is distracted. He starts talking about aliens. She’s thinking about her ‘frenemy’ Holly. Anna thought she would see her again. Finn changes the topic to their wedding date. They decide on August. Robert storms in and starts to vent. The doctor goes off to get coffee. Scorpio and Anna discuss Holly’s demise and how he’s being kept in the dark. She assures him she’ll keep him informed and doesn’t want him chasing ghosts. He reminds her of other times Holly has supposedly died and leaves to make some calls. Anna worries to Finn that Robert will lose himself in his worry over Holly.

Carly shows up at the Port Charles police department and thanks Chase for the sacrifice he made. She used to think noble people were suckers. She’ll always cherish the selfless actions of the person who gave something up for her child.

Sasha wakes up in her room at the Metro Court when Maxie calls to remind her they have a shoot today. When Sasha runs to the elevator, she bumps into Nina. They discuss what Sasha has lost and Nina hopes she finds peace.

Lulu and Charlotte arrive at the Deception photoshoot and Maxie tells them everything is imploding. When Sasha arrives, Charlotte says she looks terrible. Maxie calls for the make-up artist and they go off to work on Sasha. Lulu gives Maxie a pep talk, and Maxie just wonders what Nina would do. Nina shows up to offer moral support. This only makes Maxie more nervous. Lulu asks Nina if she’d mind taking Charlotte to the Metro Court. Nina encourages Maxie to be a superstar and toughen up. After she leaves, Lulu starts interviewing Sasha, who almost immediately starts crying. This sends Maxie into another panic. She orders Sasha to get it together and cry tomorrow. As Maxie talks to the photographer, Sasha sobs and fixes her makeup, thinking about Michael. Maxie’s assistant hands her some cocaine to get through the day. Meanwhile, Lulu lectures Chase for being a jerk. He takes off to see Sasha in the make-up room and lets her know that Carly appreciates their sacrifice. He’s sure that they did a good thing. When he leaves her alone, she does the coke. 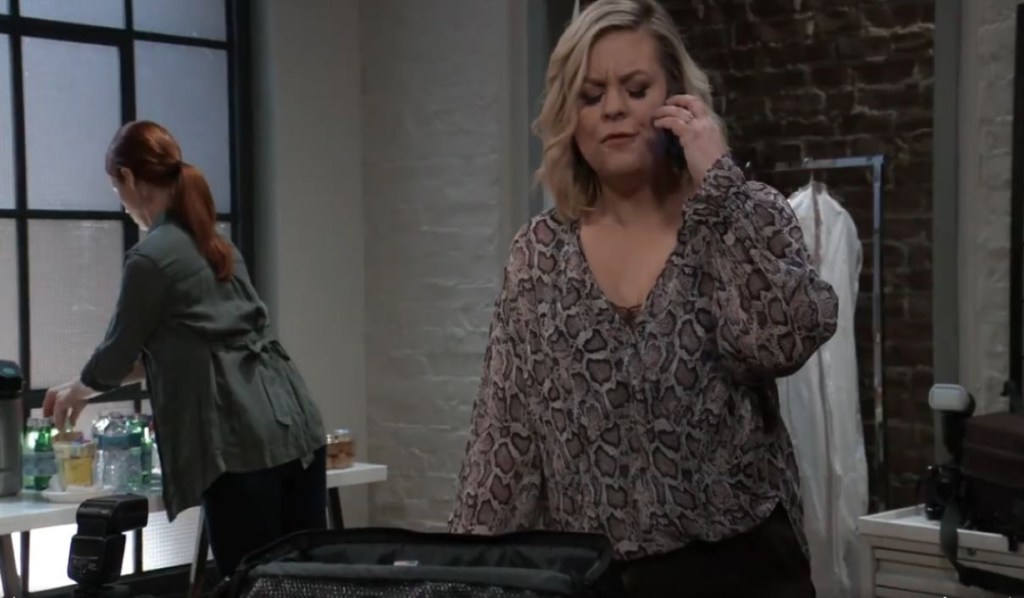 Laura joins Jax at the Metro Court and thanks him for his donation to the homeless shelter. They discuss Valentin’s surprising decision not to fight for the Cassadine estate. She’s sure he’ll find money somehow. Across the room, Martin tells Valentin that he’s been buying up ELQ and they are close to getting him a controlling share. Valentin asks him to look into the shares held by the children of the recently dead Quartermaine heirs. Nina arrives with Charlotte and Laura immediately comes over to get a hug. Valentin takes his daughter to school and Nina and Jax get a table. She tells him about her need to comfort Sasha and Maxie. She’s decided that she doesn’t want him to find her child, she’s going to do it herself. When Valentin later returns, Laura is waiting for him. They talk about his custody agreement and she worries about his plans for retribution. He assures her her family is safe. She hopes he becomes the man he should be. 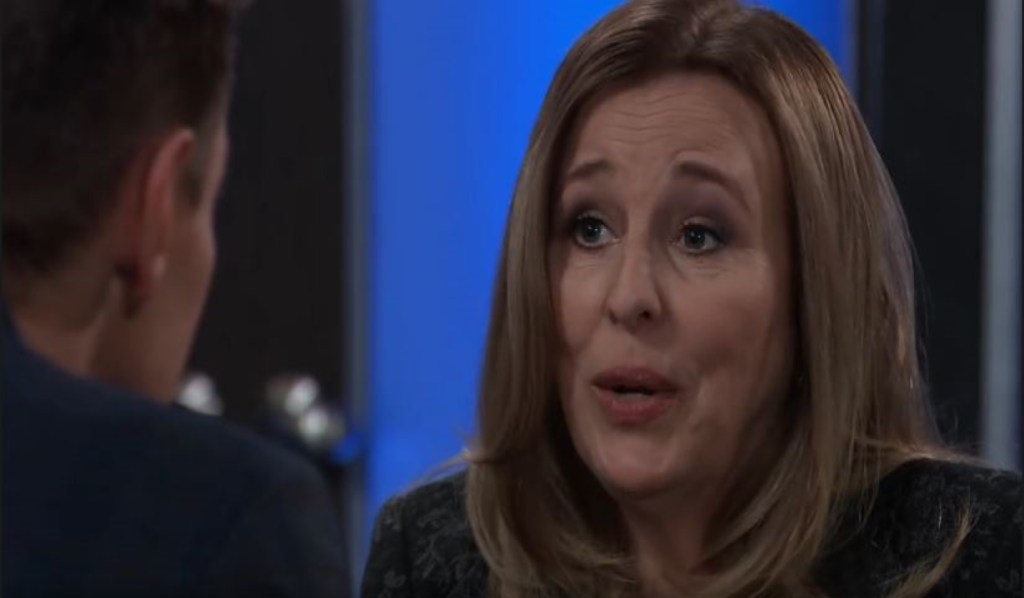 More: Would you watch soap operas without kissing?

Michael arrives at the Quartermaine estate and tells Diane things may be looking up for his case against Nelle. Willow walks in and Diane spots her ring. Diane is sure that they will be happy together and offers to send a gift. 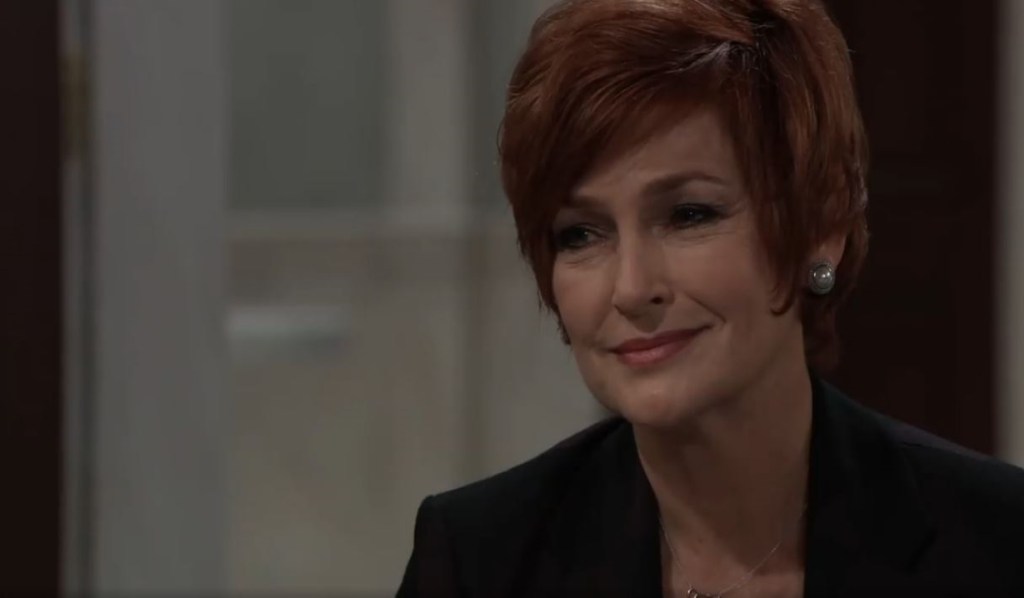 Carly runs into Martin at the courthouse and she’s sure to remind him of who Michael’s father is. She claims she isn’t threatening him, but her husband has useful connections. Willow and Michael arrive. They all head inside and wonder where Nelle is. Eventually, Nelle bursts into the courtroom with a bouquet and shows off her wedding ring. 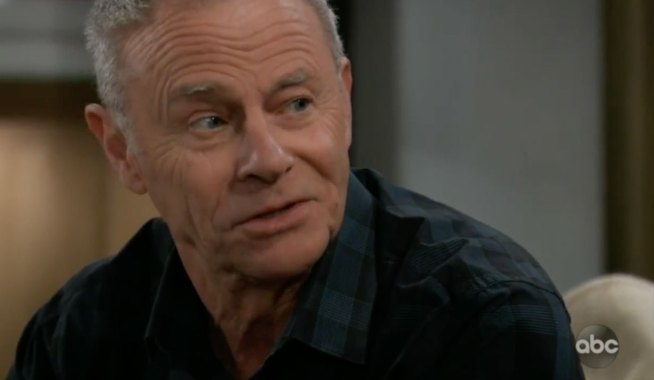 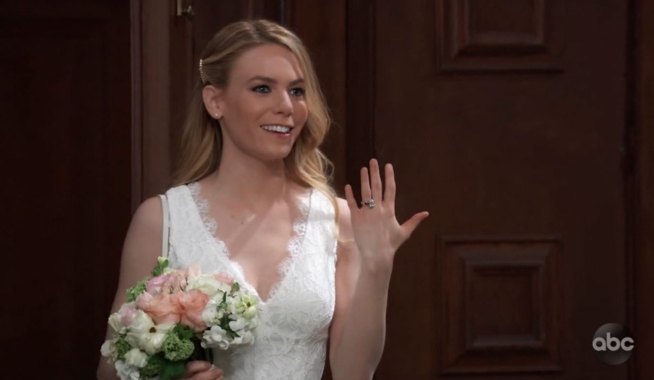