Wednesday May 13, 2020: On General Hospital today, Sonny faces a terrible choice, and Olivia is upset by Lulu moving on. 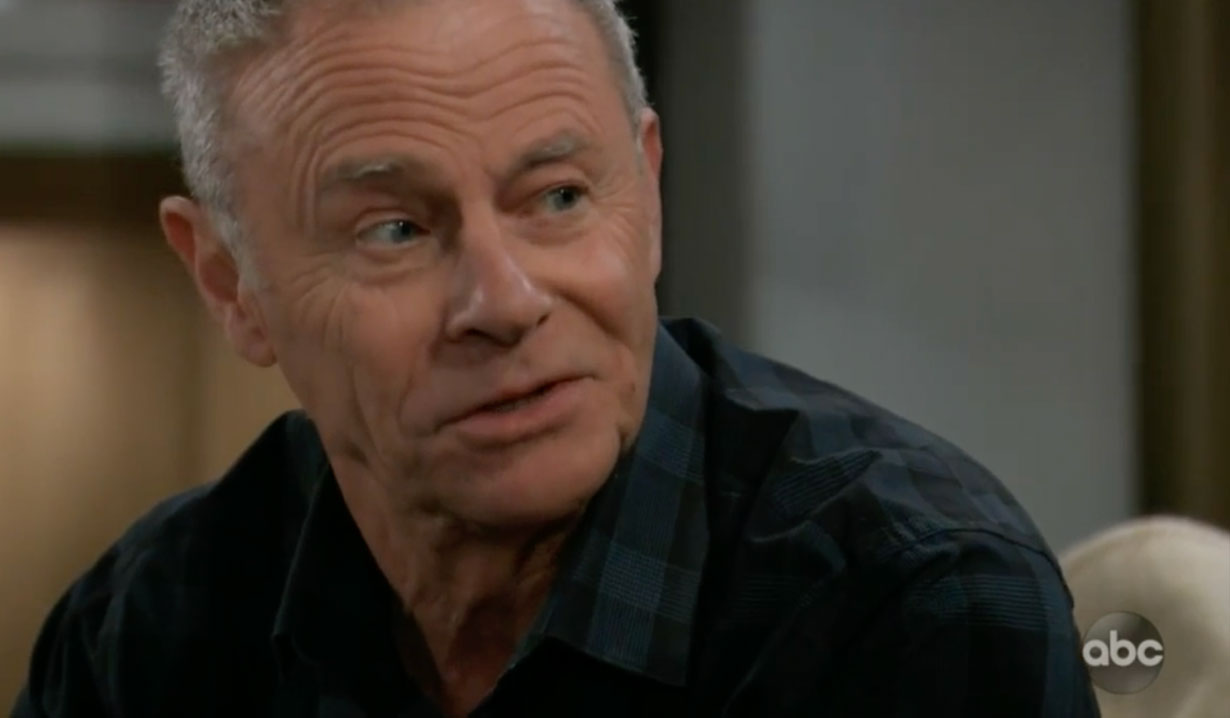 Chase showers and is shocked when Willow joins him. He eventually wakes up from his dream in alone. A furious Mac calls and asks why he isn’t at work. Chase says he’ll be there in ten minutes.

Willow wakes up in her room at the Quartermaine mansion and sees her rings on the nightstand. She slips them on. She heads down the stairs and overhears Brook Lynn in the living room telling Michael that Willow is getting an amazing guy in him. Willow walks in and Brook Lynn leaves them to talk. Michael always wants them to always be honest with one another. He feels confident going into court with her as his wife and believes they will win. Willow lets Michael know she doesn’t regret marrying him and never will. 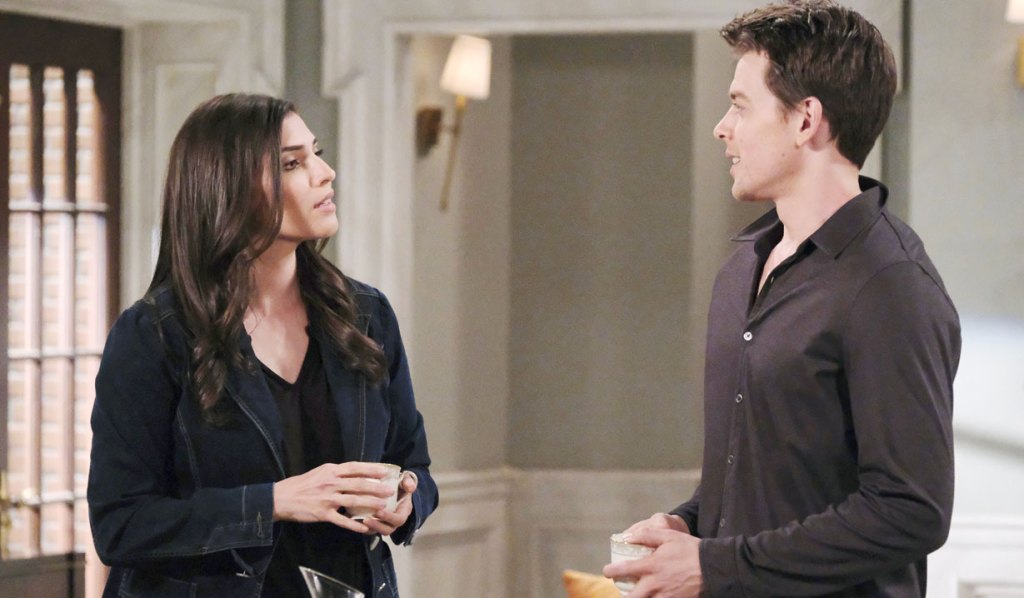 Sonny finds Ava has brought Avery to see Mike at Turning Woods. Ava talks with Sonny in private about Mike. She admits she owes him and Mike an apology for threatening to press kidnapping charges against Mike months back, which she deeply regrets. He thanks her and also appreciates her bringing Avery to see Mike. They get back to Avery and Mike. Ava realizes Mike is having an episode when he doesn’t recognize Sonny, so she tells Avery to say her goodbyes. After Ava and Avery depart, Sonny gets serious and asks Mike if he wants to stay, or does he want to go. A man arrives to speak with Sonny while Mike zones out. Michael arrives as the administrator says the time has come to put a feeding tube in Mike because he won’t eat. The man leaves Sonny to think about it. Sonny talks with Michael and is conflicted. Mike had a moment and connection with Avery today, and he doesn’t know if it’s his place to deny him more of those and let him die. Sonny and Michael tear up. 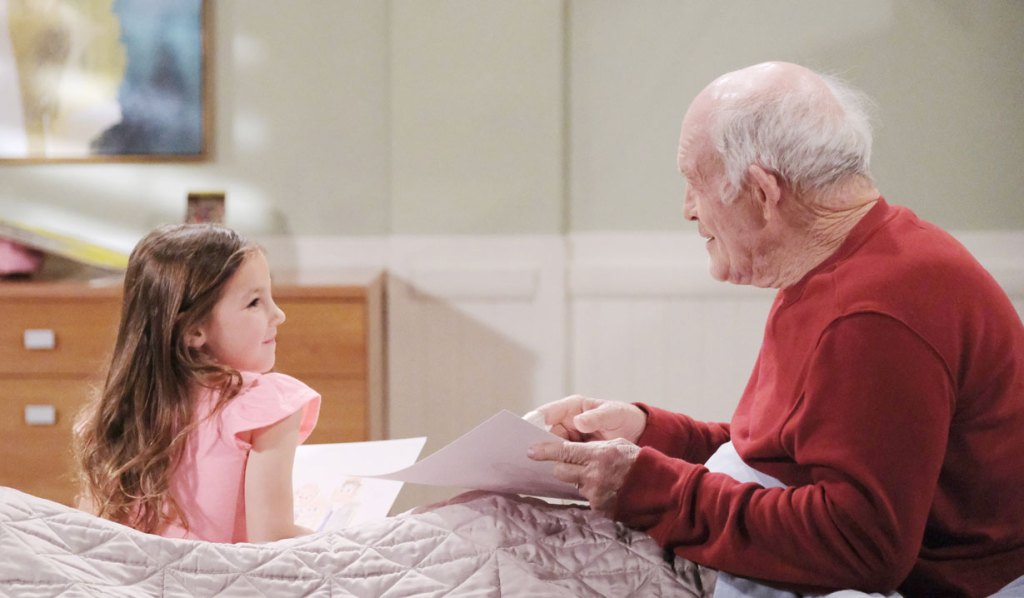 At the Metro Court, Carly and Olivia chat as Dustin and Lulu enter. Dustin is dropping Lulu off for work. He also needs help making cupcakes for Rocco for school and asks Olivia for help because he knows she is a good cook. Lulu reveals it’s for take your dad to school day. Carly takes Dustin aside and Olivia lashes out at Lulu for trying to erase Dante from Rocco’s life. Lulu only wants Rocco to be happy, and says it was Rocco who asked them if Dustin could go with him so he didn’t feel left out. They agreed Dustin would be called his honorary uncle but Rocco would wear a Yankee’s hat for Dante. Meanwhile, Carly advises Dustin to do what Lulu seems unable to and see things from Olivia’s perspective. Later, Brook Lynn arrives and to work with Dustin, who says he needs a second. Brook Lynn chats with Carly about the newlyweds, and rants about Chase, who she really misjudged. Carly excuses herself. Lulu heads to work and Dustin chats with Olivia at the bar. He assures Olivia he is not trying to take Dante’s place in Rocco’s life. She thanks him for saying that, but she will never stop hoping Dante comes home one day. Dustin believes Rocco and Lulu won’t stop hoping either. Dustin joins Brook Lynn to get to work. 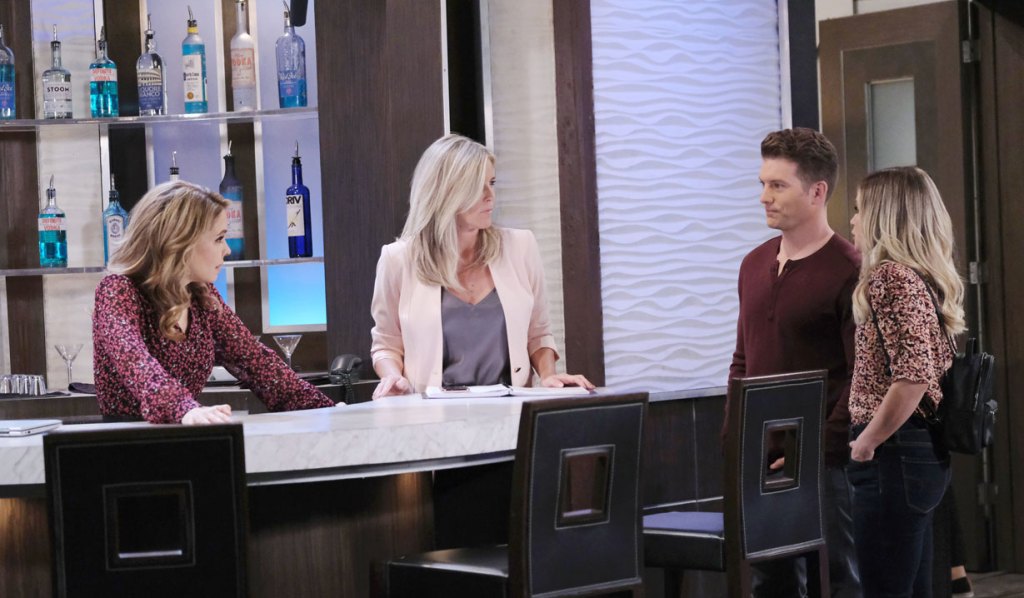 Robert wakes up on Laura’s couch not remembering what happened. Laura gets him some coffee fills him in on showing up on her doorstep drunk last night, and it was all she could do to get him to the couch. She asks him what happened and is stunned to learn about Holly’s death. Robert says she was on a ship that went down in a storm, and she was doing contract work for the WSB at the time. Laura knows Holly broke his heart the last time they saw one another but tells him that he needs to grieve her and say goodbye. They hug. Later Lulu arrives and worries to her mother that she has blown her relationship with Olivia.

More: Soaps without kissing or brawls

Chase arrives at work, and Mac scolds him for arresting Brook Lynn again and warns him it could look like he’s abusing his powers to others. Mac advises him to make peace with Brook Lynn. Later, Robert wanders in and Mac pulls him into the interrogation room to find out what happened to him. Robert tells him about winding up on Laura’s couch. Mac hands him a heavily redacted report on Holly’s death from the WSB to read over. Mac says he and Anna don’t think Holly’s ship going down was an accident. Back in the station, Willow walks in and she tells Chase that she and Michael got married and she didn’t want him to hear it from anyone else. She tells him goodbye and he wishes her luck in court.

Valentin tells Martin that he’s closing in on the Quartermaines.

Chase asks Carly why she’s come to see him. 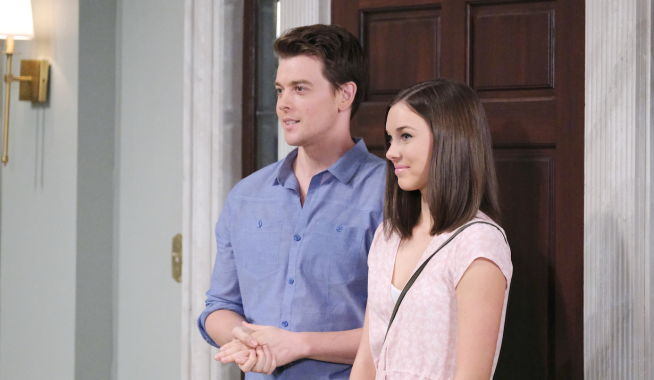 Michael and Willow Get Married, Despite Mixed Feelings Of Family

Nelle Arrives at the Courthouse in a Wedding Dress 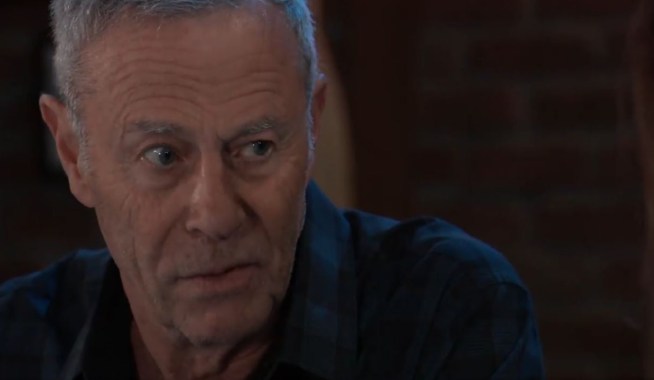