Tuesday May 5, 2020: On General Hospital today, Nina defends Nelle to Carly, Nikolas and Elizabeth confide in each other, and Kristina hurls harsh accusations at Sam. 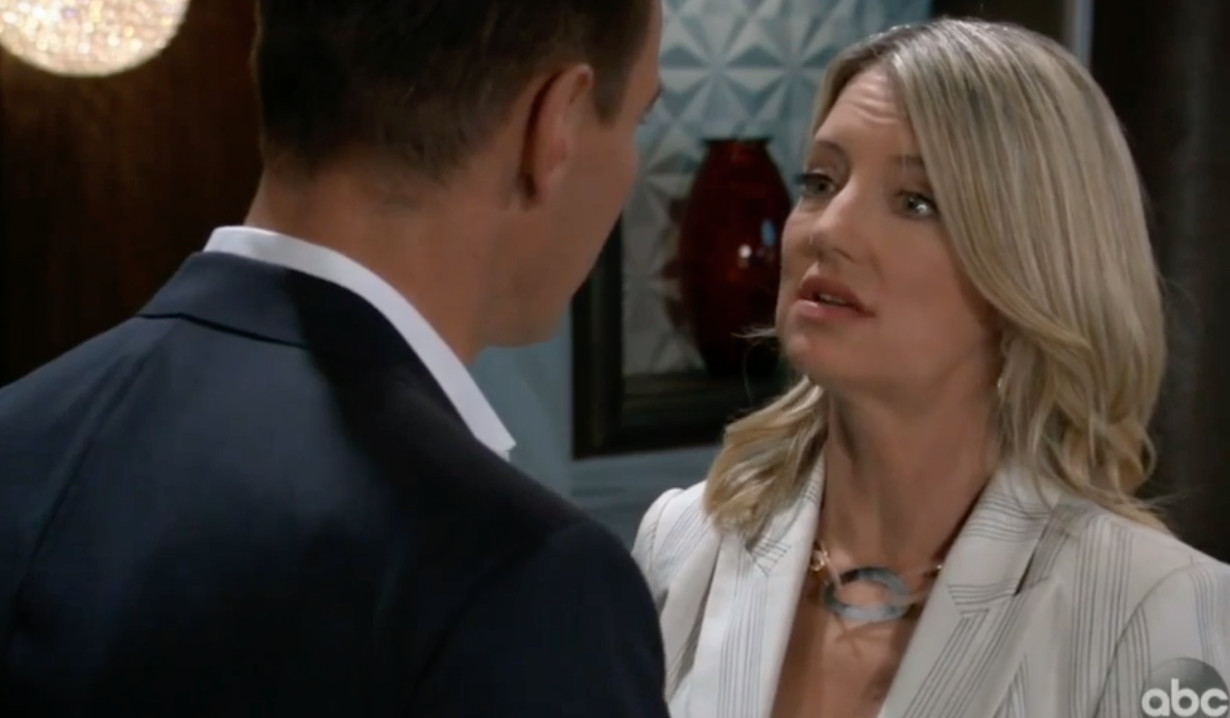 At the clothing drive, Alexis tries but fails to diffuse Sam and Kristina’s escalating fight. Sam recounts how she went to jail trying to bring Shiloh down and save Krissy. Kristina counters that Sam did it because she is addicted to danger more than Kristina was ever addicted to Dawn of Day. She thinks Sam and Jason are involved only because danger brings them together. It sustains them. They are danger junkies. Molly interjects that Jason loves Sam. Kristina agrees, Jason would die for her, but she doesn’t think he can ever live with her. They would never survive without the drama. Alexis and Molly back up Sam’s defense of her relationship. Kristina piles on by pointing out Jason’s first priority will always be Sonny and Carly. 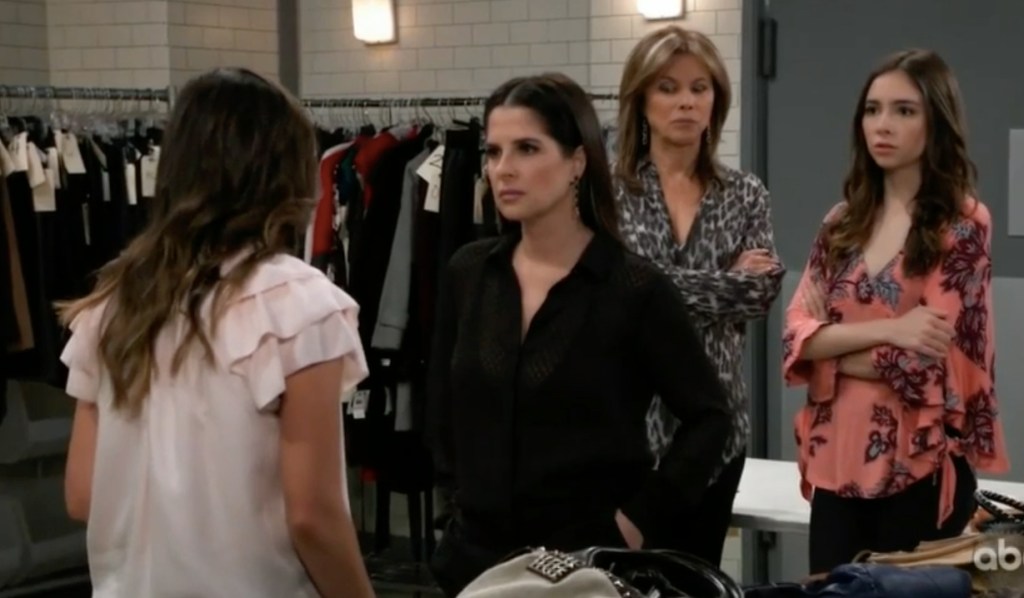 Ava confides in Franco at Wyndemere about her fight with Nikolas. Franco assures his friend she doesn’t need the prince. When she tries to change the subject, Franco shares his belief that she only married him to punish herself for Kiki’s death. Upset, Ava orders Franco to stop caring about her and go back to the psycho he used to be. Franco understands what it‘s like to be haunted by people you’ve hurt, but Elizabeth and his art therapy practice helps him cope. They talk about his art and his bad boy past. Ava thinks they have to remind the people of who he was if he wants to profit from it. Franco confides that he said something stupid while fighting about it. Ava knows they will get through it and urges him to let her exploit his bad boy image. Ava also recommends Franco do what he can to make his marriage better than it already is. 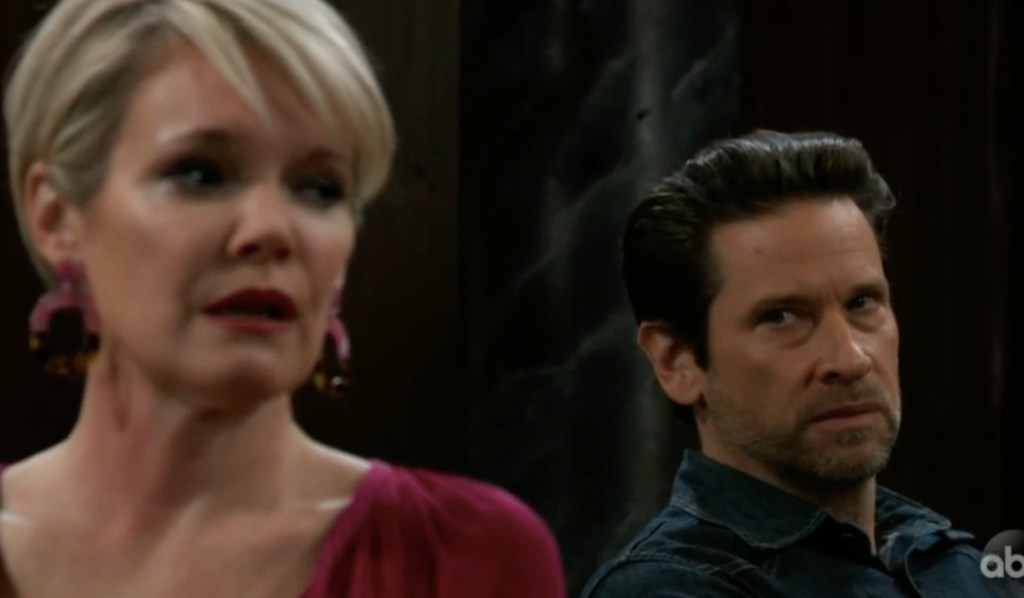 At the hospital, Elizabeth gets defensive with Nikolas as they discuss his behavior towards Spencer and Hayden. She softens when he tells her Spencer will forgive him if he leaves Ava. Liz thinks it’s a no brainer, but he points out if he divorces Ava he loses the Cassadine fortune. She thinks it’s worth it to get his son back, but wonders if Nikolas actually has feelings for Ava. Nikolas sticks to the money aspect declaring it’s for Spencer and the life he expects. Elizabeth challenges Nik to call and ask Spencer what he actually expects, but Nikolas knows his son and how much he loves the lifestyle. He changes the subject to Liz and Franco. After some prodding, Elizabeth shares her disdain over Ava dredging up Franco’s past and the fight they had over it. Nikolas knows Elizabeth is a real artist and if she had the opportunity she would have put Franco to shame. Nikolas urges her to start painting again while Liz encourages him to call Spencer. 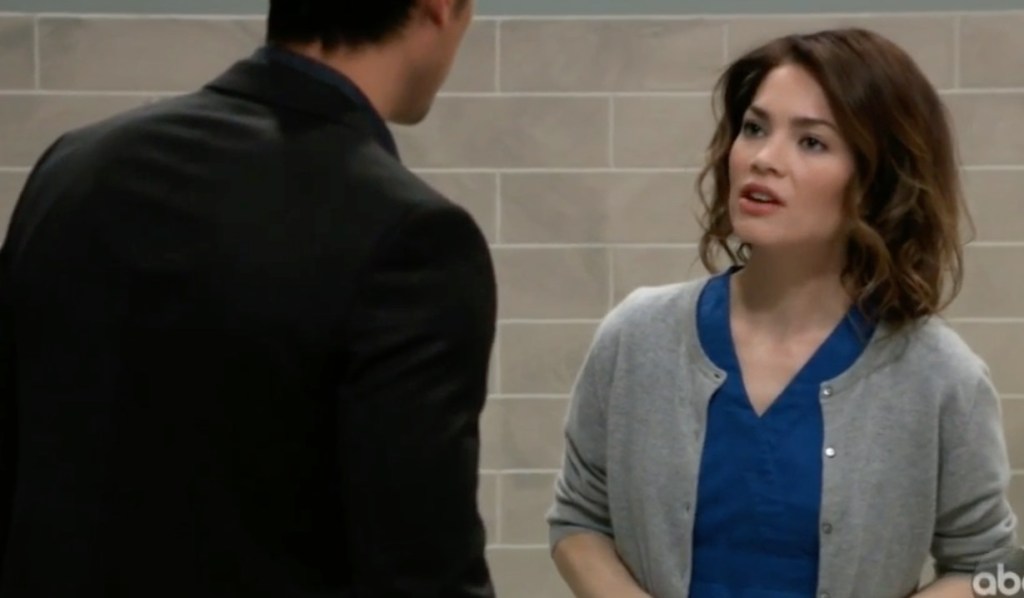 Martin joins Nelle at a table in the Metro Court. Nelle assures her lawyer she has everything set up to make her look like a stable parent. Plus, Michael just broke up with his girlfriend. She wants Martin to use it against him in court. Martin warns if Michael’s relationships are brought up, hers will be too. He then asks who can serve as her character witness. She doesn’t have anyone except the nurses who saw her by Wiley’s side after his surgery. Martin thinks without a family member or friend to testify on her behalf, the best they can hope for is shared custody. Nelle is not happy with that assessment. Martin wonders if she is even prepared to be a mother should she get shared or sole custody. He recommends she read some mommy blogs, be prepared to turn on the waterworks in court and find a character witness. 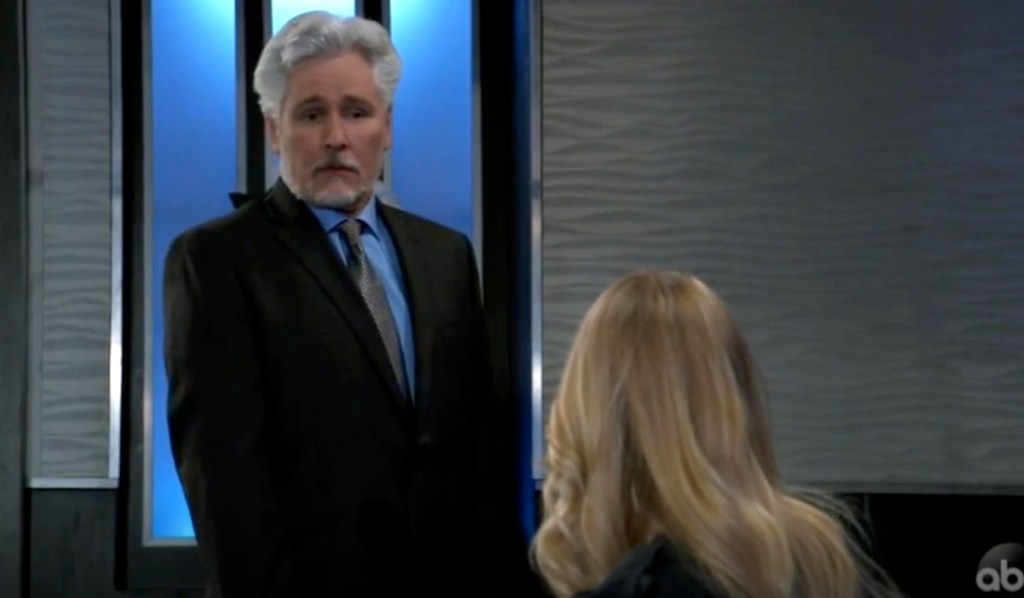 Jax and Nina discuss Joss and Charlotte at Crimson. Carly interrupts to ask Nina if she has anything they can use against Nelle at Wiley’s custody hearing. Nina has nothing – Nelle has been an exemplary employee. Nina suggests Michael would be better served by compromising with Nelle. Jax is taken aback. Carly assumes Nelle won Nina over and reminds her of Nelle’s past. Nina asks Carly what kind of person would she be if no one stood up for her after the mistakes she’s made. Jax doesn’t think Nina can compare Carly with Nelle. Nina digs in her heels over the idea that having the love of both parents would help Wiley. Carly doesn’t think she understands because she’s never been a mother herself. The women argue. Carly leaves and runs into Nelle at the elevator. Carly makes snide remarks about Nina thinking she and Nelle are friends and gets on the elevator. Nelle eavesdrops as Nina tells Jax she might be the person to bring out the best in Nelle. After Jax leaves, Nelle thanks Nina for standing up for her and asks her to be her character witness.

Robert lashes out at Peter.

Brook Lynn faces off with Sasha. 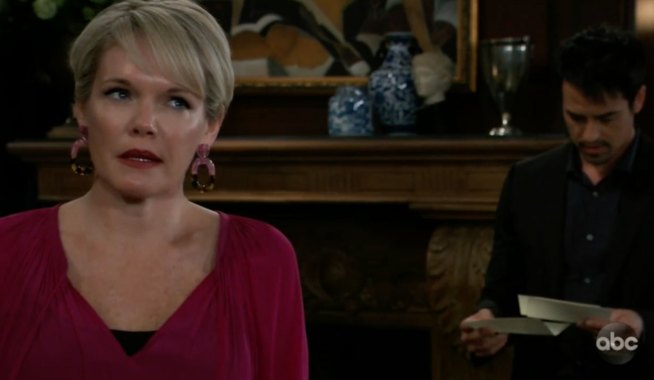 As Port Charles Mourns Holly, Anna Believes There Is More to the Story Surrounding Her Death 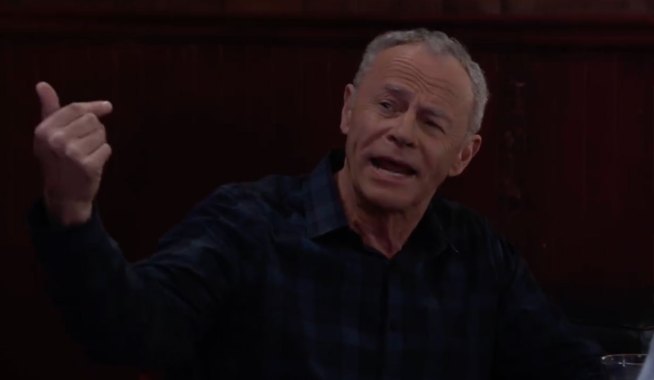