Monday April 27, 2020: On General Hospital today, Molly reveals to her sisters she cheated on TJ and Sonny meets with Cyrus. 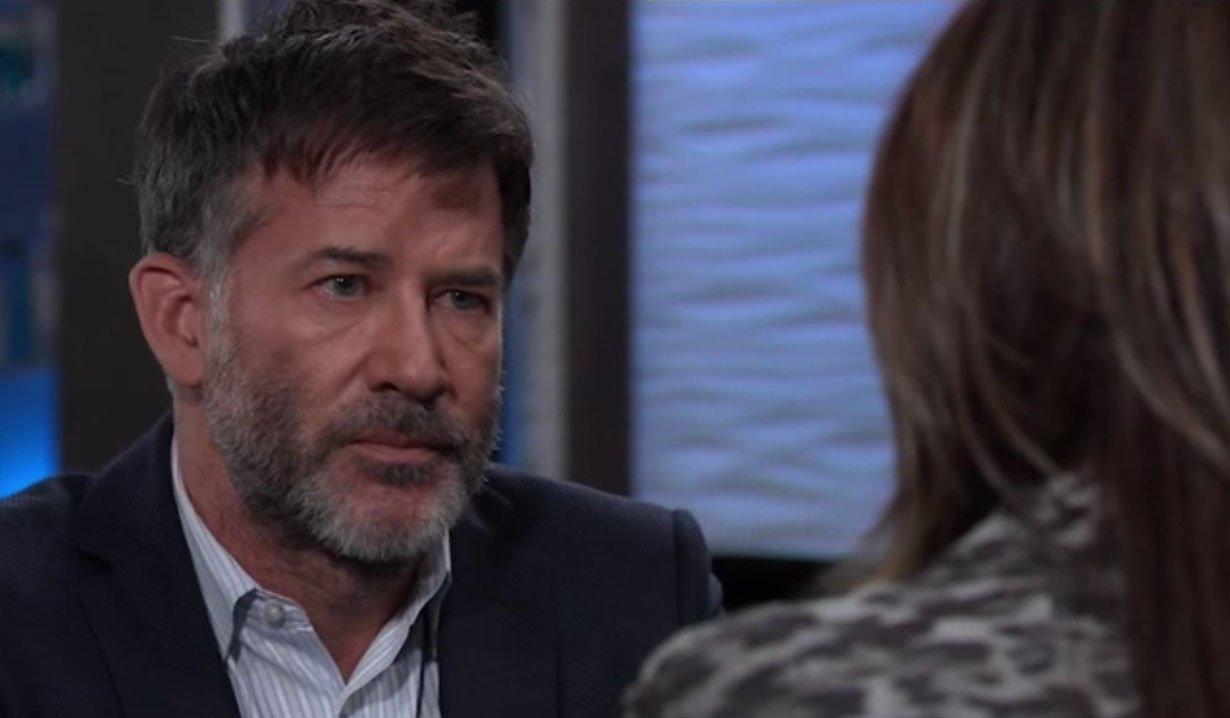 Outside of Charlie’s, Brando swears to Molly that he didn’t tell Kristina and Sam that they slept together. He promises what happened will stay between them. Sam exits and asks if they know one another. Brando explains he did some work on her car and it’s ready for pick-up. Sam and Molly head inside and sit with Kristina. Molly reveals the news that she and TJ are going to become domestic partners. Sam hopes she’s not saying yes to this out of fear of losing TJ. Molly hesitates but says she believes she said yes for the right reasons. However, she admits when she thought TJ dumped her that she slept with someone else. Sam asks who it was, and she says it was just a one-night thing. Sam feels she owes it to herself and TJ to figure out what they both want. Molly wishes she trusted TJ and tells them about the horrible fight she got into with TJ’s mom, which led her to drive off in a huff and get into an accident. She took the car to a garage which is where she met Brando. 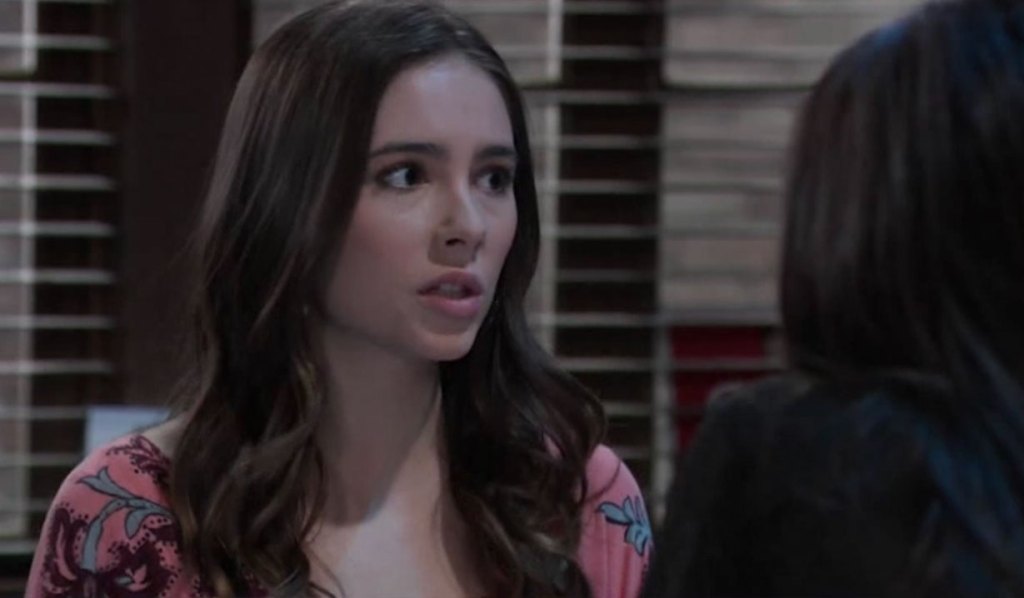 More: When Calls the Heart gets season 8 renewal

At the hospital, Mac talks with TJ about his abduction and what he remembers. TJ describes being jumped by two guys, blacking out, and being thrown in the back of a van. He recalls hearing a train at one point, and it was about thirty minutes from then until he was put into a basement somewhere. He reveals the basement smelled damp like it was near water. One of the kidnappers had a ringtone that played My Old Kentucky Home, and the guy had a southern accent. There was also a pounding morning to night such as construction. After they conclude, TJ leaves to meet Molly and her sisters and surprise them. 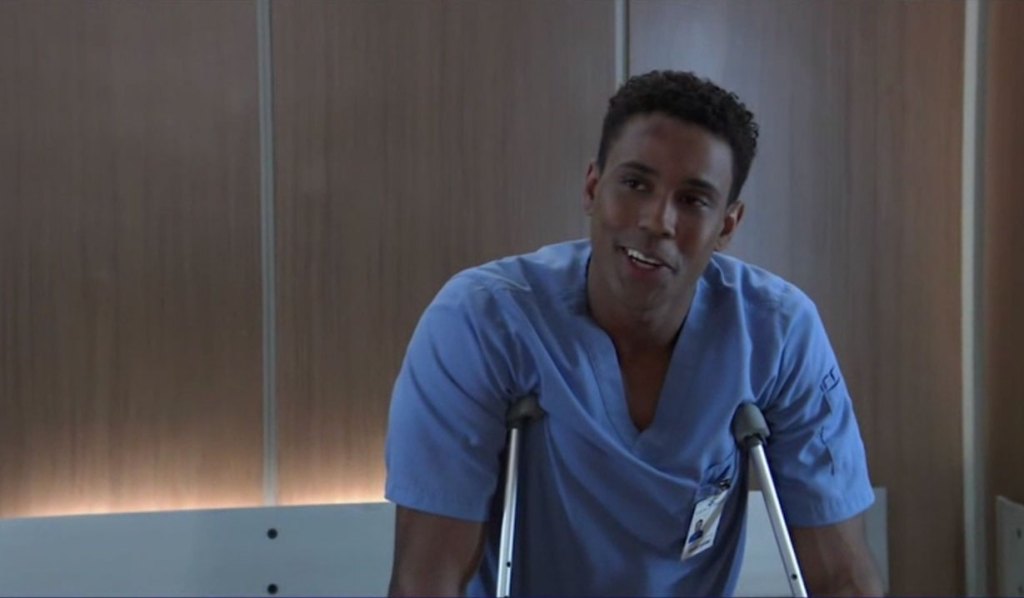 At the Metro Court, Neil and Alexis discuss the recent events, and Neil admits he’s angry with them both for lying to the board. Suddenly Alexis gets an email from the New York bar association. They know she lied under oath at his hearing and want to see her immediately. At another table, Cyrus tells Lulu that her mother promised him that if he was killed, she will stop at nothing to find his killer. Cyrus intends to be a good citizen of Port Charles and wants to contribute to Laura’s re-election campaign. Laura thanks him for his offer but it’s not an election year, so she suggests he donate to rehab and recovery houses, or children’s afterschool programs. Cyrus needs to leave but is sure his and the mayor’s path will cross again. Once he’s gone, Lulu tells Laura that sounded like a threat. Suddenly, Lulu gets a call and learns Valentin isn’t contesting her custody petition. 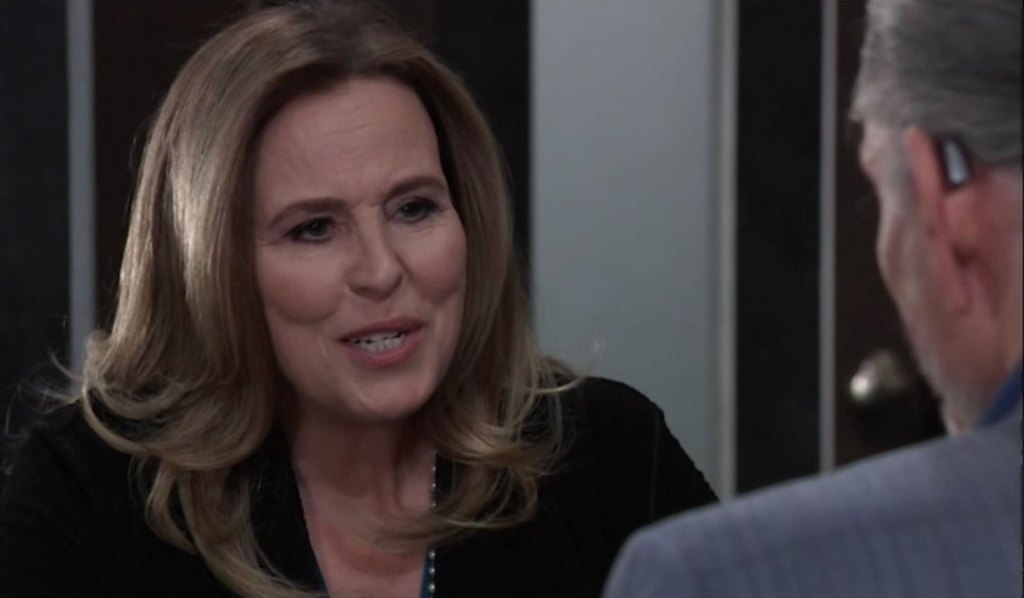 At the Corinthos house, Sonny is not ready to consider a DNR for his father yet. Carly doesn’t think Mike would want to live hooked up to machines. He claims he doesn’t have time for this and has to deal with Cyrus. He asks Jason to set up a meeting. After Sonny and Jason have left, Brando arrives to pick up some paperwork and is impressed by her remodel of the living room. She gives him the paperwork and asks how business is going. He says it’s going well, and one of his first clients was Molly Lansing-Davis. Carly says she is Sonny’s niece. 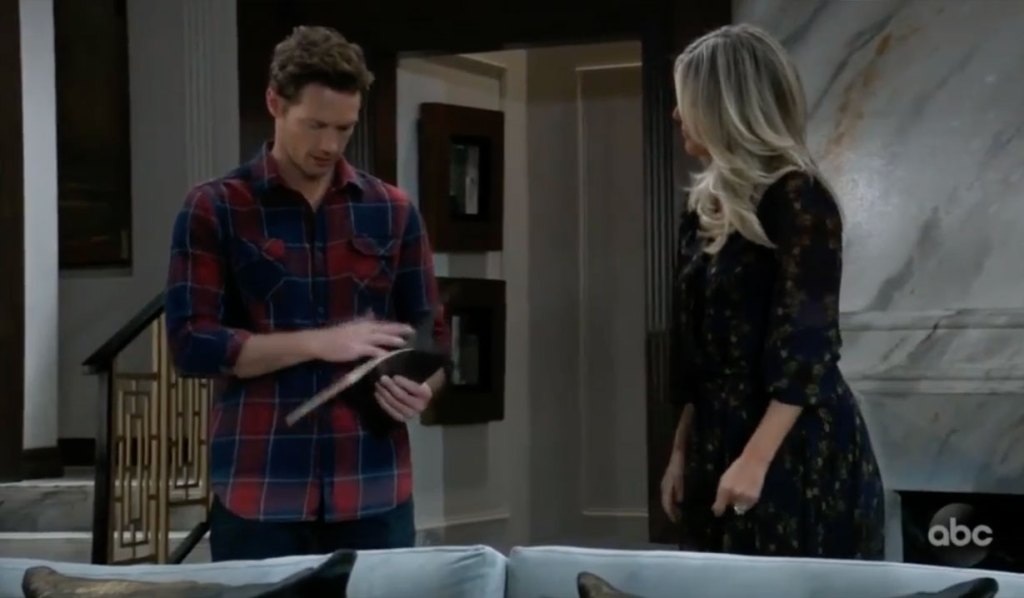 In Jordan’s office, she and Curtis discuss how to deal with Cyrus. Mac enters and shows them a map with where he believes TJ was taken from and where he was held. He leaves to track down any security footage that could help. Curtis and Jordan worry what Cyrus will do if the trail leads Mac to him. 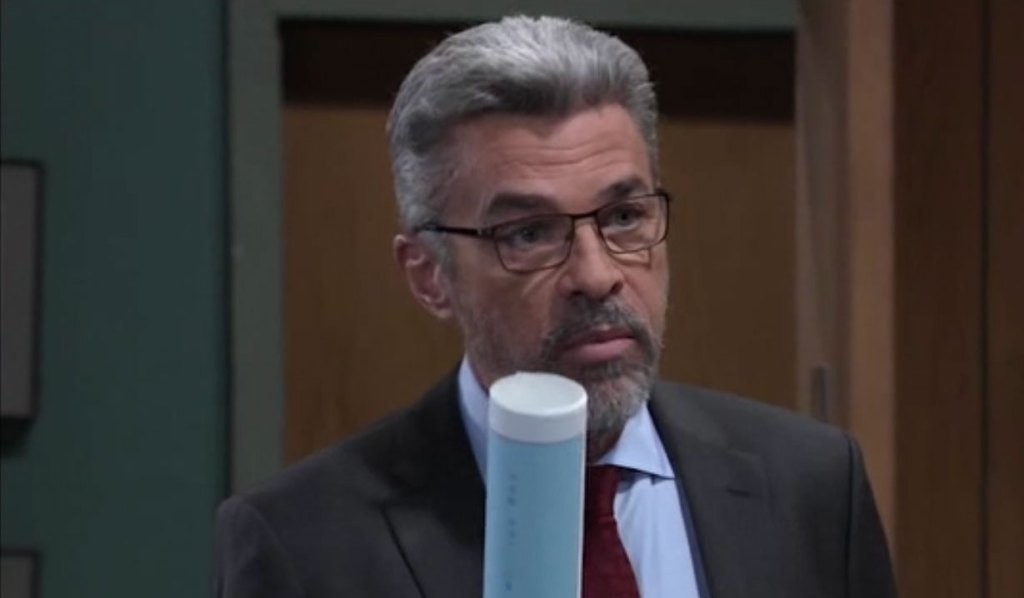 Brando returns to work and TJ arrives to pick up Molly’s car. Brando checks his license and sees his address matches Molly’s. As Brando goes to run TJ’s card, TJ notices something wrong with the bill.

Cyrus and his goon meet with Sonny and Jason on the docks. Sonny warns Cyrus just because he’s a free man it doesn’t mean he’s safe and untouchable. 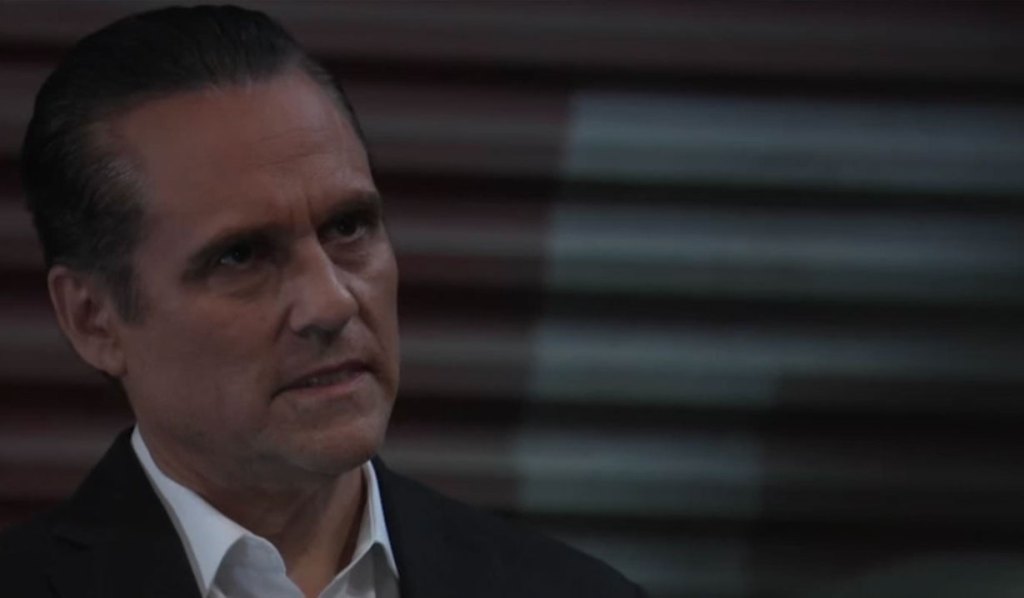 More: Watch the As the World Turns reunions

Back at her home, Lulu talks with Diane, on the phone, and says she wants to move forward with the custody revision. After the call, Lulu relays Diane feels there is no reason to go back to court, but she doesn’t trust Valentin. Laura thinks about Valentin asking her to be a guiding influence in Charlotte’s life. Laura tells her daughter she thinks Valentin is telling the truth this time.

Valentin tells Alexis that he made the decision to walk away.

Lulu asks her mother what Valentin said to her. 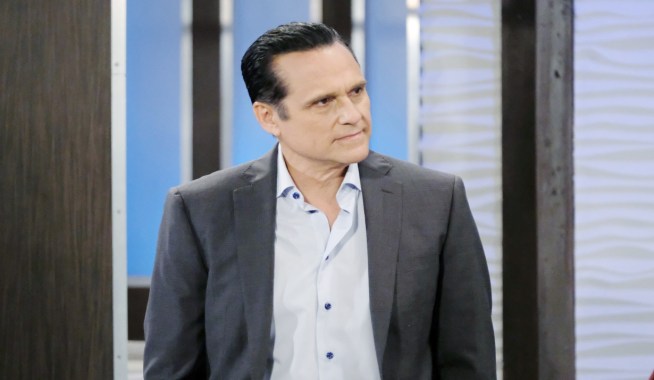 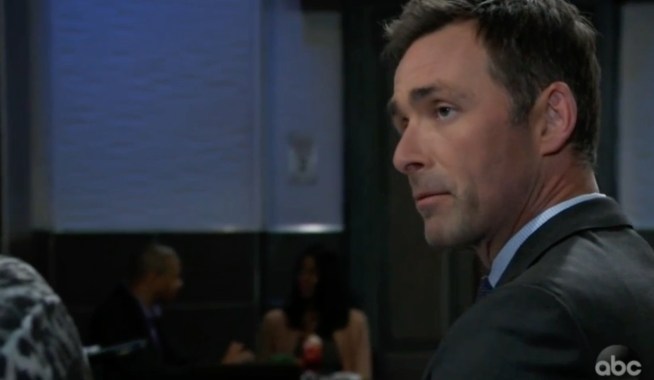