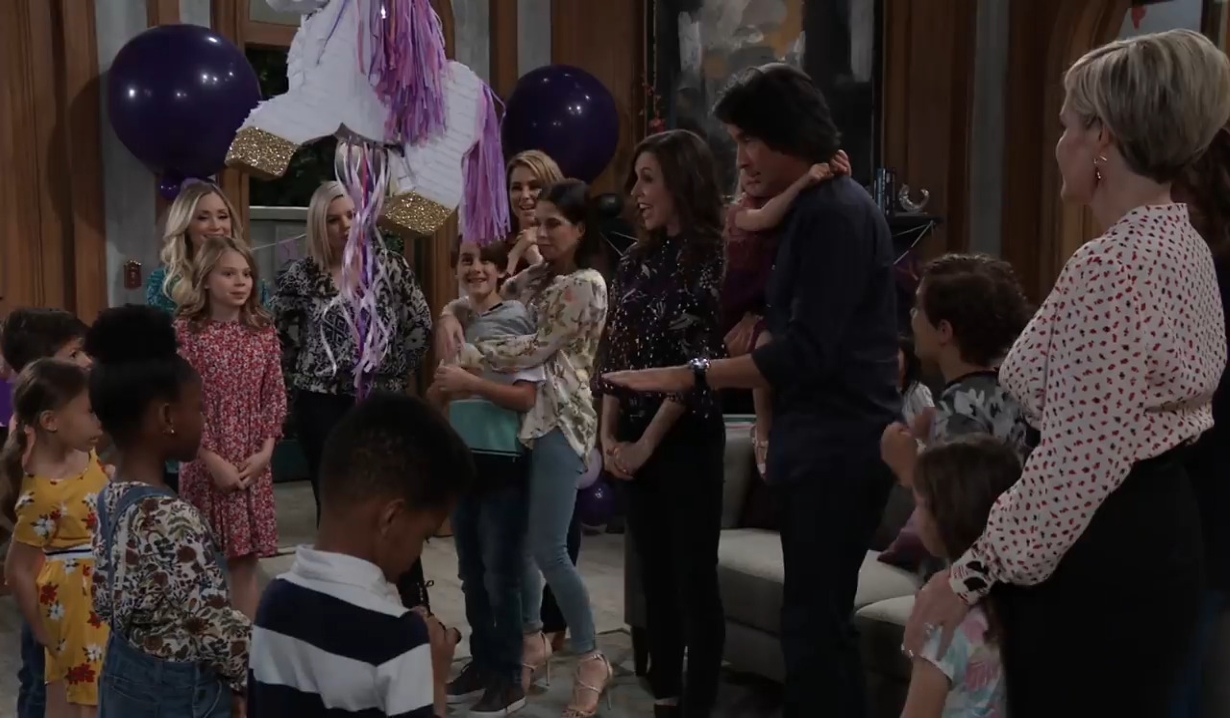 Out front of Anna’s house, Jason tells Danny that he can’t be around him and his mom for a while. The kid has a hard time understanding this, but his father asks him to trust him and look after Sam. After she and Danny go back inside, Jason calls Sonny and informs him that Cyrus wants to meet. In the backyard, Willow and Chase marvel at how his brother has pulled out all the stops for Violet. Inside, Maxie stalks Robert around the house, requesting he drop his vendetta against Peter. She reminds him that Liesl tried to kill both of them. Robert dismisses any chance that he’s going to come around to Peter and walks off. As he tries to sneak out, Olivia stops him. He asks her to cover for him while he slips out. A few feet away, Peter makes a call, ordering someone to ‘distract’ Scorpio. He says goodbye to Maxie and takes off. She flashes back through their entire relationship and smiles to herself. Meanwhile, Ava and Avery talk to Charlotte about horses. When Charlotte spots Aiden almost touching the unicorn pinata, she runs over and forbids it. She explains there is a surprise inside and everyone needs to be there to see it. Liz and Franco come in. Franco and the kids look at the pinata while Ava and Liz marvel at how much he has changed and finally become happy. Ava wishes that she was happy with Nikolas. Liz points out that the prince has always been forced to be introverted by his family. Jerome says he lives like a ghost in the house; he has an emptiness she can’t reach. Everyone gathers together in the living room around the pinata. Violet chooses Charlotte to take first crack at it. Reluctantly, Charlotte yanks at it. nothing happens. One by one, the kids take a pull and nothing happens. When Violet finally takes her turn, it splits open. Ava grabs her purse so she can get her phone for a picture. She drops it and leaps back as a snake slithers out. 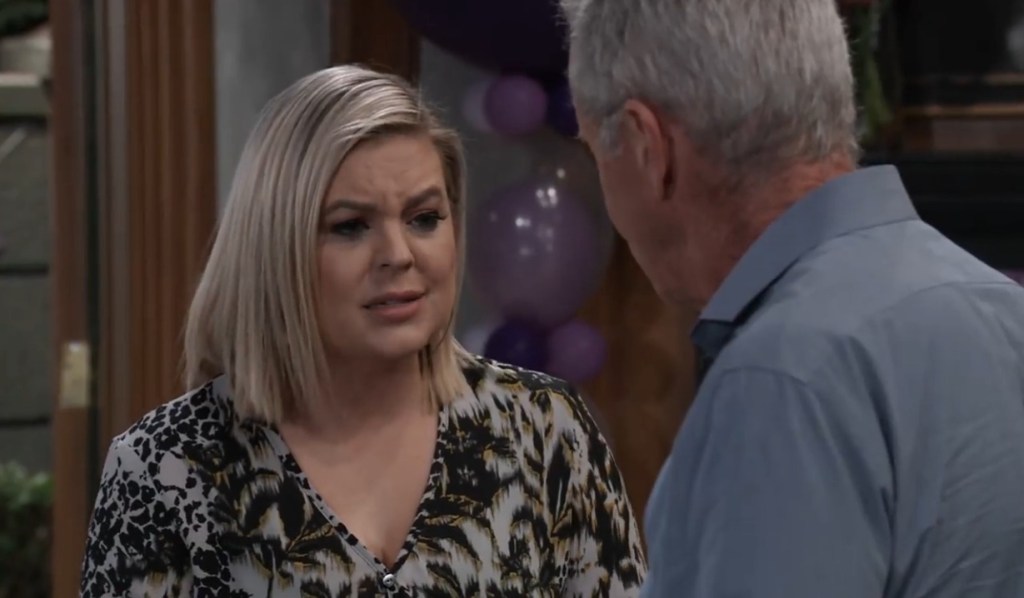 Michael is on the phone to Ned at General Hospital. After he gets off the line, Sasha shows up and asks after Wiley. He says the doctors want to keep him for another day. He’s worried about how many more nights he’ll have with his son. They talk about what “a demon” Nelle is. Carly joins them and squints as Michael worries about her son. He runs through the strategies he can use in court and flashes back through his history with Nelle and Wiley. 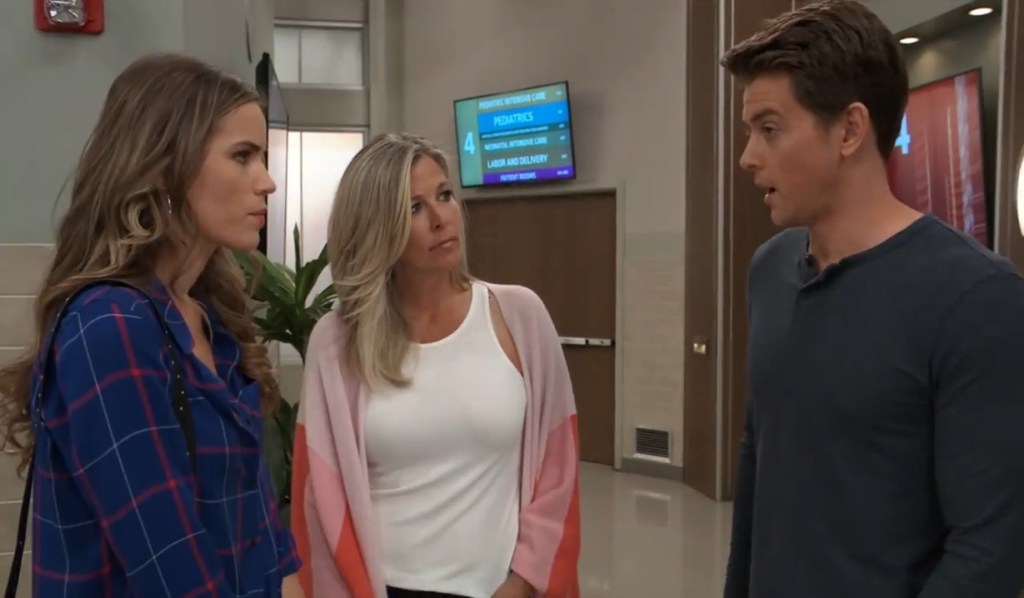 Chase and Willow walk in the park. He worries that the party may have upset her. She insists that she’s okay, but he knows she’s worried about Wiley. He assures her she’s been more of a mother than Nelle ever could be. Willow rants about Nelle and remembers their fights. She apologizes for talking about this endlessly. Chase says she can solve this problem and defeat Nelle by marrying Michael. They flashback through how this idea has evolved. 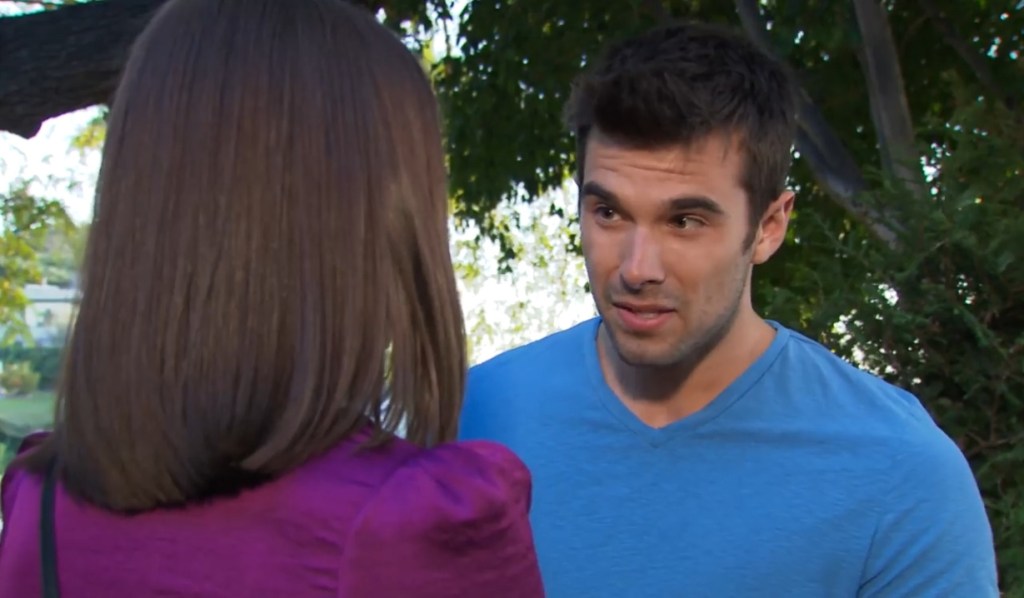 Jason shows up at the Corinthos compound and tells Sonny that Cyrus wants a meeting. Sonny wonders if he’s looking for peace or something else. They ponder strategy and Jason points out that over time, Cyrus can hurt them. 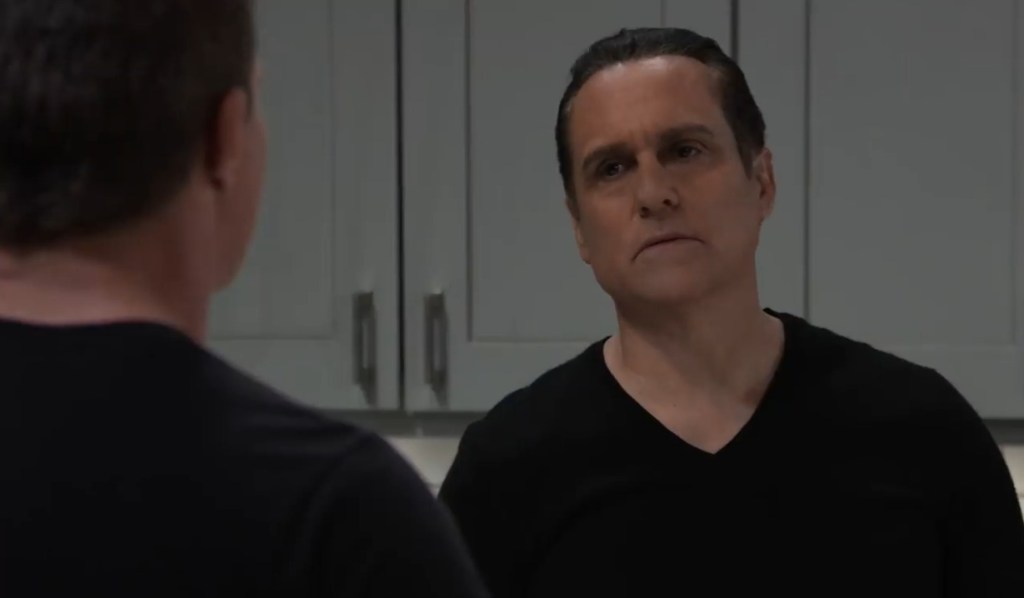 Robert sneaks into Maxie’s apartment and snoops around. As he does, someone rattles on the door.

Sonny gets something unexpected.

Michael has a hard time leaving his son’s side.

Robert has some sad news. 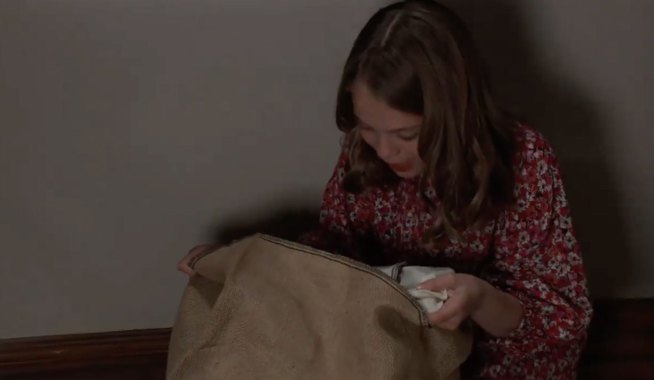 General Hospital Pre-empted for Flashback Friday, Ava's Haunted by Her Past 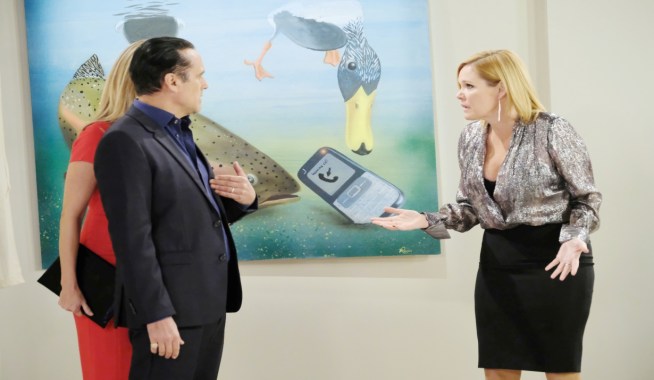