Monday April 6, 2020: On General Hospital today, Cyrus' release puts many on guard, Jason tells Sam they can't be together, and Trina vows to clear Taggert's name. 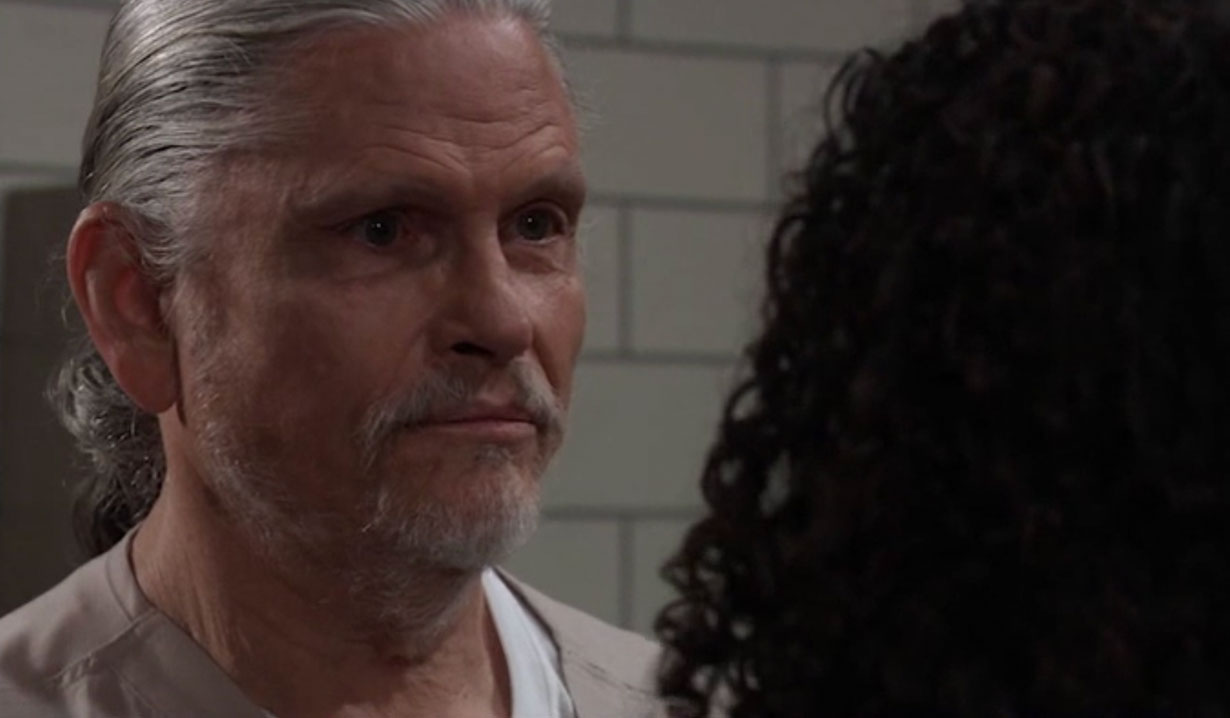 Sam sneaks into one of Sonny’s safe houses to meet Jason and they kiss. Jason gets a call and learns Cyrus is being released. He wants Sam to go home and states there will be no more secret meetings. He knows Cyrus will come after him and he can’t risk her getting caught in the middle and potentially leaving the kids without their mother. Eventually, Sam agrees to stay away, and they share a hug and kiss goodbye. They profess their love and Jason departs. 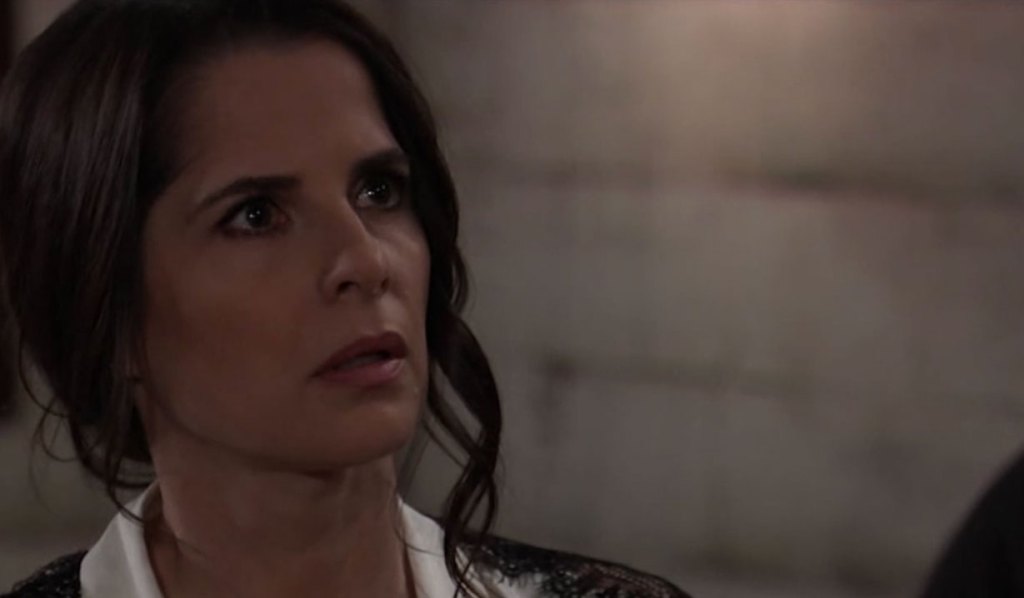 At the Metro Court, Jax assures Nina he is okay after his fall, though noticed it entertained Charlotte. Nina noticed too. She is worried she blames Jax on some level for her and Valentin breaking up.

At the hospital, Ava and Nikolas meet Kevin and Laura and Ava invites them out for drinks. Robert approaches and rants about Cyrus being released. Ava realizes this is a bad time and she and Nikolas depart. Laura hopes maybe Cyrus will pack up and go back to Seattle, but Kevin doubts it after evaluating him earlier. Down the hall, Nikolas worries about his mother and hopes she leaves Renault to the police. Ava thinks they should talk to his mother if he’s concerned, but Nikolas tells her that his mother knows this is a sham marriage and doesn’t want to hear of anything she has to say. Ava says she’ll see him at home and leaves. 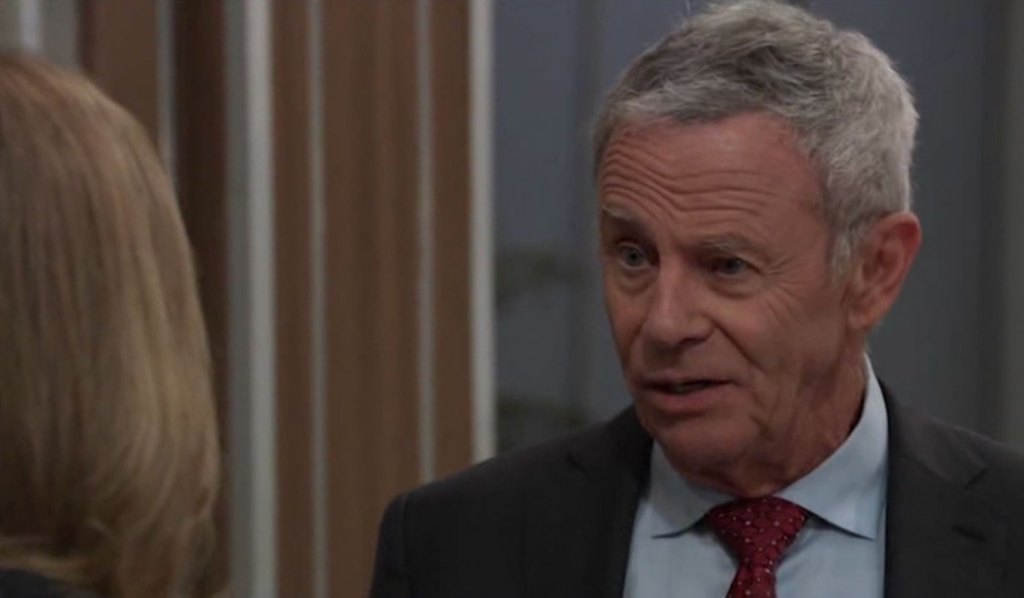 At Pentonville, Cyrus is brought into the warden’s office to see Jordan. He learns he’s being released, and the warden excuses himself to check on the paperwork. Alone, Jordan says she wants her son back unharmed, or else Cyrus will be too dead to enjoy his freedom. 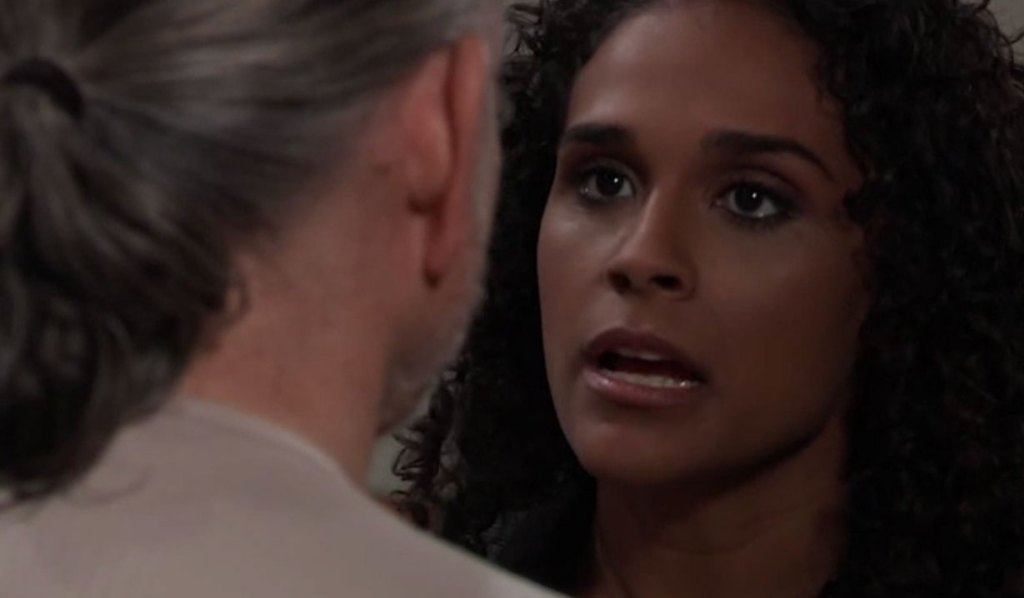 Cam stops by the Corinthos estate and tells Joss that Trina is hurting, and he doesn’t know how to help her. Joss decides to find Trina and offer her support. 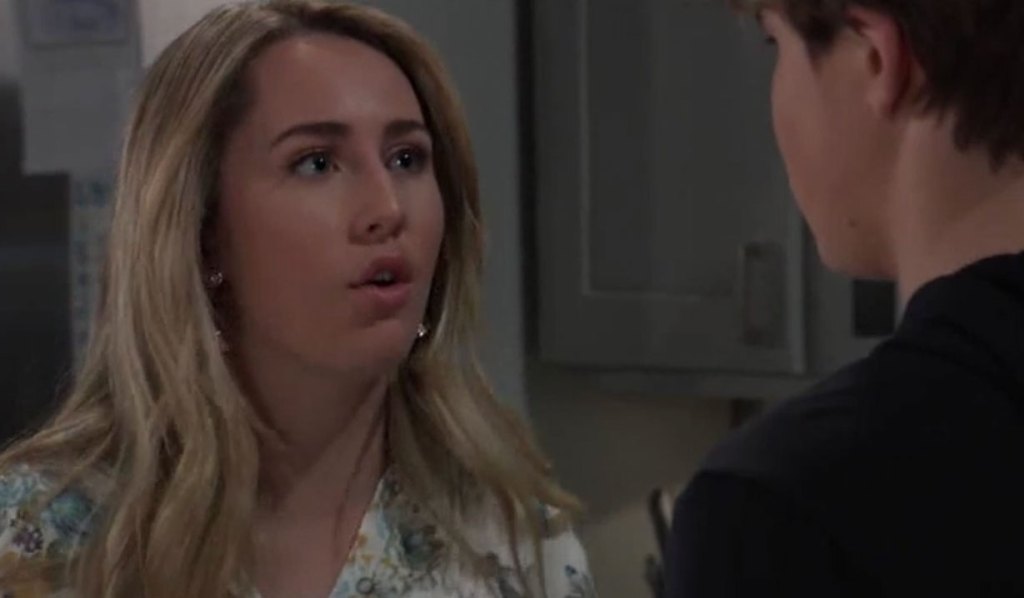 Trina shows up at Curtis and Jordan’s place looking for Jordan. Curtis says she’s out on police business. Trina says she’ll wait for her and wants her to take back the lies about her father. Curtis tries to explain to Trina why her father did what he did, but she refuses to believe it and vows to prove Jordan is lying. 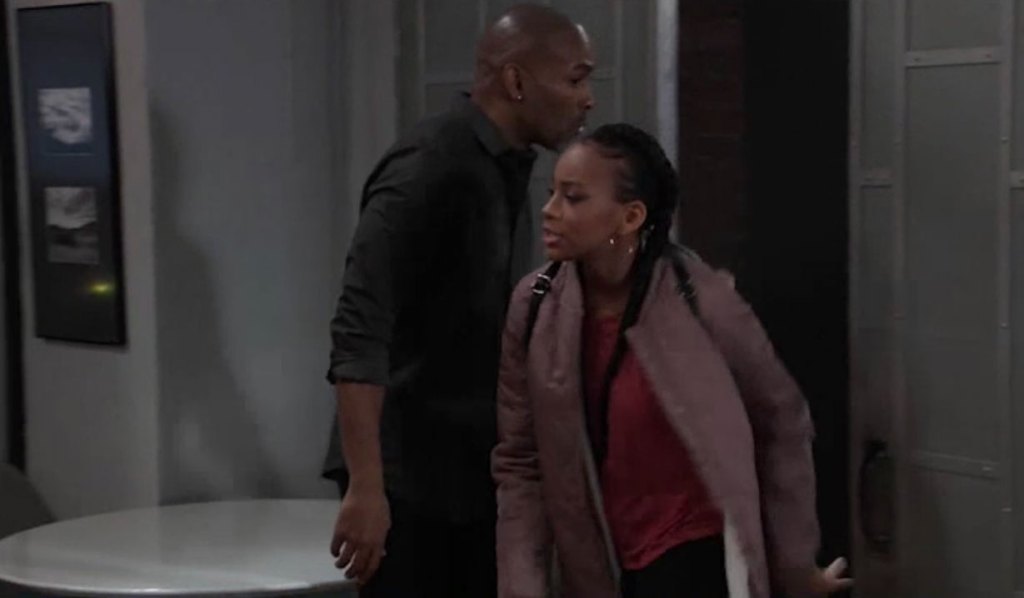 In Sonny’s office, Sonny tells Carly that Cyrus Renault is being set free tonight. Carly thinks perhaps he’ll just go back to Seattle, but Sonny knows Cyrus won’t back down because the cartel he’s connected to will see him as weak and eliminate him. He promises to keep them safe, and she believes he will, but Jax may not. 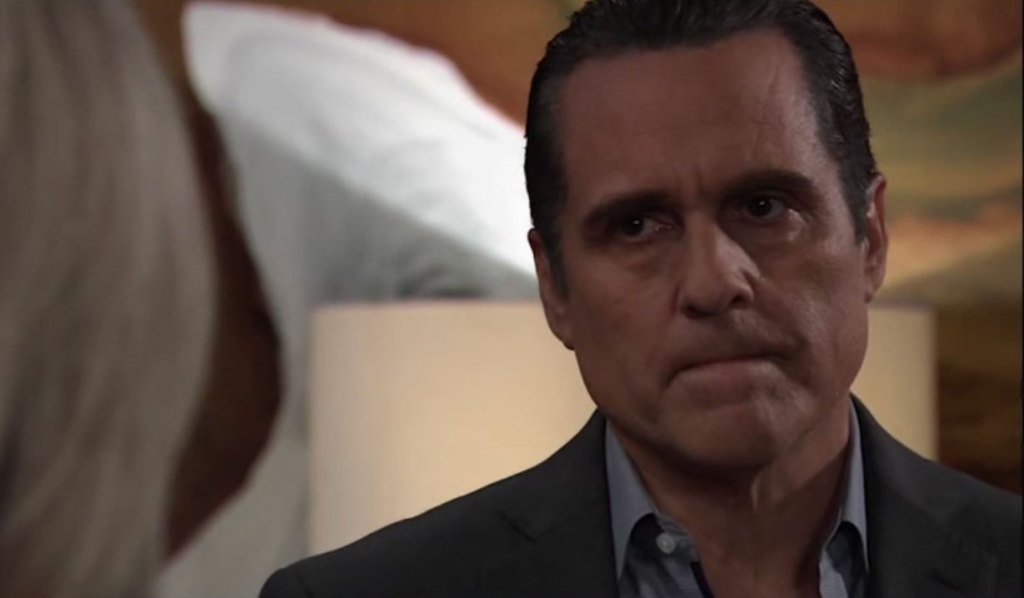 Ava arrives at the Metro Court and says hello to Jax and Nina on her way to the bar. Carly arrives and Nina goes to the bar while Carly informs Jax that Cyrus is being released. She understands if he wants to leave Port Charles with Joss. Jax decides to trust her judgment that Sonny can protect them, but to let him know if things escalate. Meanwhile, Ava warns Nina that any woman in Jax’s life will come second to Carly

Trina arrives at the Corinthos place just as Joss was about to go look for her. Trina asks Joss to have Diane sue Jordan for lying about her father. Joss explains Diane doesn’t take cases she can’t win, and it seems like there is evidence against him. Joss knows in part how she feels and says her dad doesn’t have to be perfect for her to love him. Trina breaks down and cries that she misses her dad so much.

Laura and Robert arrive at the prison as Renault, dressed in a suit, is being released. Laura suggests Cyrus return to Seattle, but Cyrus can’t because he’d lose respect from his associates and her. She promises him that he doesn’t have her respect, and he quips, “We’ll see.” Cyrus signs the papers and walks out a free man.

Back at the hospital, Nikolas wants Kevin to pressure Laura to back down when it comes to Cyrus. Kevin says he will advise her to be careful, but he respects her too much to tell her what to do. He thinks Nikolas should try learning about mutual respect.

Jordan returns home with a bottle of wine. Curtis thinks they should wait until TJ is home before they celebrate, but Jordan thinks this could be her last night with him and wants to make it count. She swears if Cyrus doesn’t release TJ then she will kill him and turn herself in.

Jason arrives at Sonny’s office, and they agree it’s best to take Cyrus out tonight if they have the chance.

Willow is surprised by the necklace Nina is holding.

Sam tells Molly they need to go to the hospital.

Jordan cries at a hospital bedside about the monsters who did this. 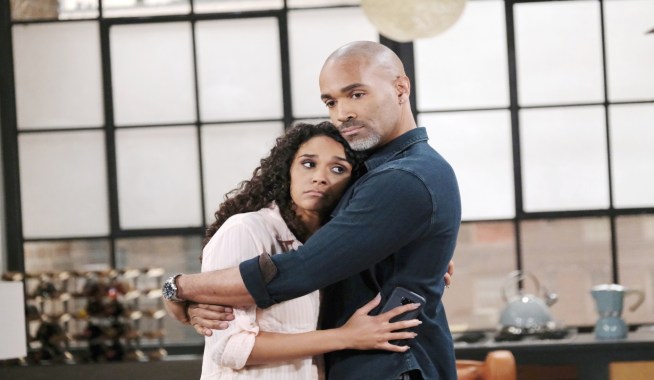 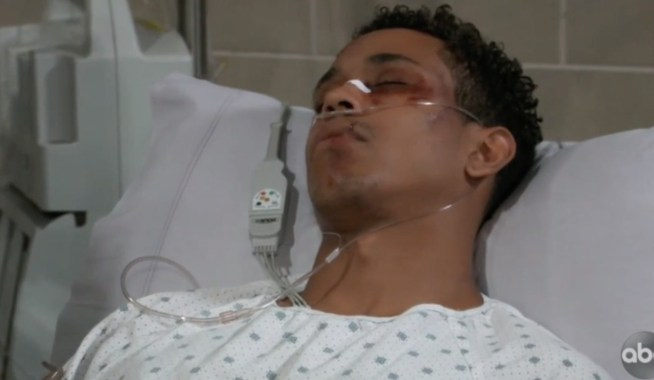