After an Argument With Sam, Alexis Falls off the Wagon and Downs Some Vodka

Thursday March 26, 2020: On General Hospital today, Laura asks Sonny for help with the drug problem, Nelle refuses to co-operate with Michael, and Jason has a warning for Willow. 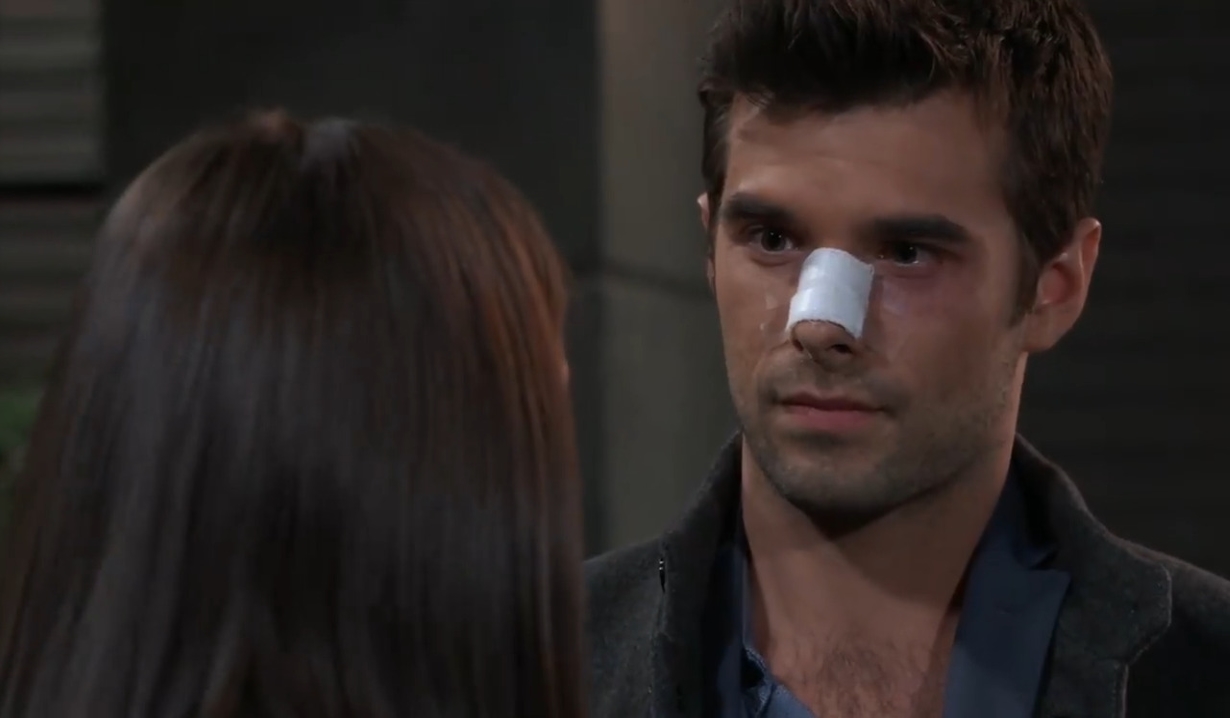 Deloris calls Sam and tells her to meet her at Queen’s Point before she locks up Spinelli.

At the rink, Chase runs off to get his skates. Jason shows up and chats with Willow about her mom. He informs her that Harmony is mixed up with something serious but can’t really explain. She asks him to look out for her mom. After he takes off, Chase returns and she tells him about the trouble her mom might be in. She suspects that Harmony is not being led astray this time. “This is really about me,” she suggests, assuming she’s being used as leverage to manipulate her mom. 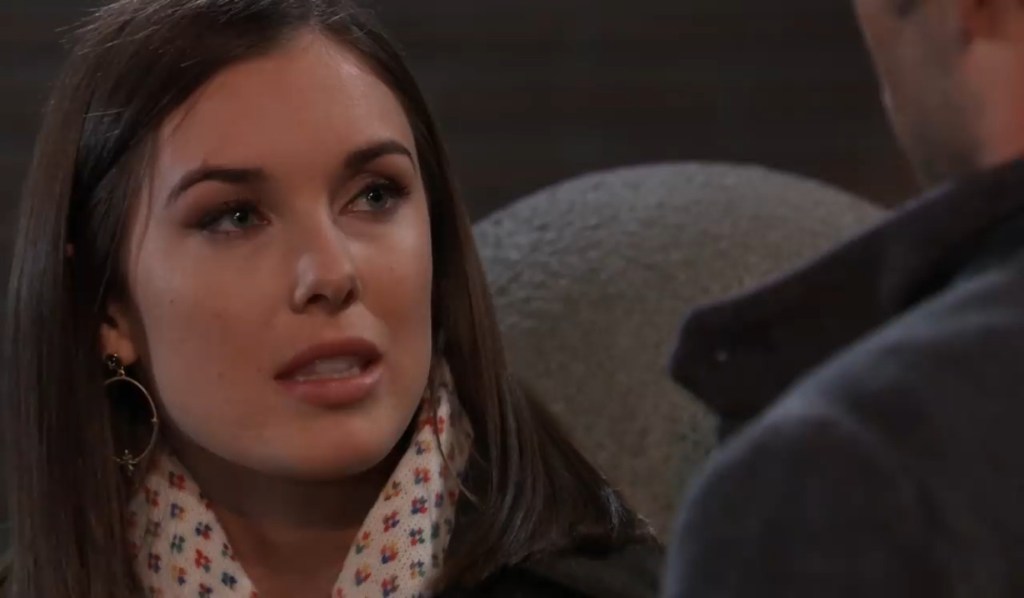 Laura is with Sonny in the Corinthos kitchen. She needs his help with the new drug wave hitting Port Charles. They discuss what’s been happening at the waterfront and he says he’s been doing what he can to stop any escalation. If he can’t bring this to an end, she’s going to have to come down hard on crime, and that includes him. Corinthos says he’s taking steps to end things. He worries about his father. Jason arrives. Laura tells Sonny that she’s concerned about public safety and his. After she exits, Stone Cold tries to understand why Sonny said anything to her at all. Sonny says no one will be able to prove they’ve killed Cyrus. Besides, everyone will be happy that they have brought peace back. Sonny admits that his father has been a lot worse since the shootout. He gets a call from Turning Woods. 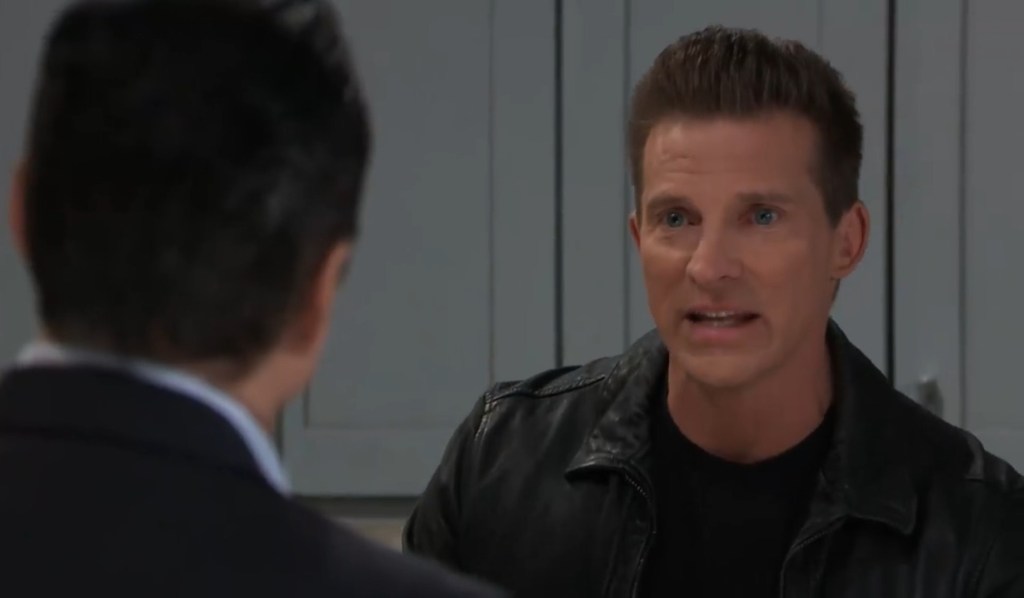 At General Hospital, Nelle argues with Michael, Sasha, and Monica about the surgery for Wiley. She insists the child doesn’t need it. Michael claims it will give their son a better quality of life. They argue about the risks and this annoys everyone. Nelle worries that the baby could die and rants about doctors. Monica walks off and Michael starts lecturing Nelle about risking their son’s health. He claims she is trying to get revenge on him, but she insists this is about Wiley. “You’re not going to have a say when you’re excluded from the custody agreement!” he blurts. She leaves to see her son as Chase and Willow arrive. Michael and Sasha inform them about the situation and Willow declares that Wiley needs the surgery tonight. Nelle returns and declares Michael won’t win sole custody. After bickering with Willow, she storms off. Willow repeats that Michael needs to do whatever it takes to win. Meanwhile, Neil runs into Alexis down the hall. They talk about how awkward it is for them to bump into each other constantly. He’s not sure how he can pretend that their night together never happened. She thinks that she should find an AA meeting at a different location. They banter about her ‘operatic emotions’ until she gets a phone call. Sam needs help so Alexis takes off. Kevin saunters over. Neil shows him his new office and the topic quickly becomes Alexis. Kevin says it doesn’t look like things are over between them. Laura drops by to see Neil and Kevin. She’s trying to set up a clinic to deal with the city’s drug problem and thinks Neil would be great for it. Kevin would also be happy to help. 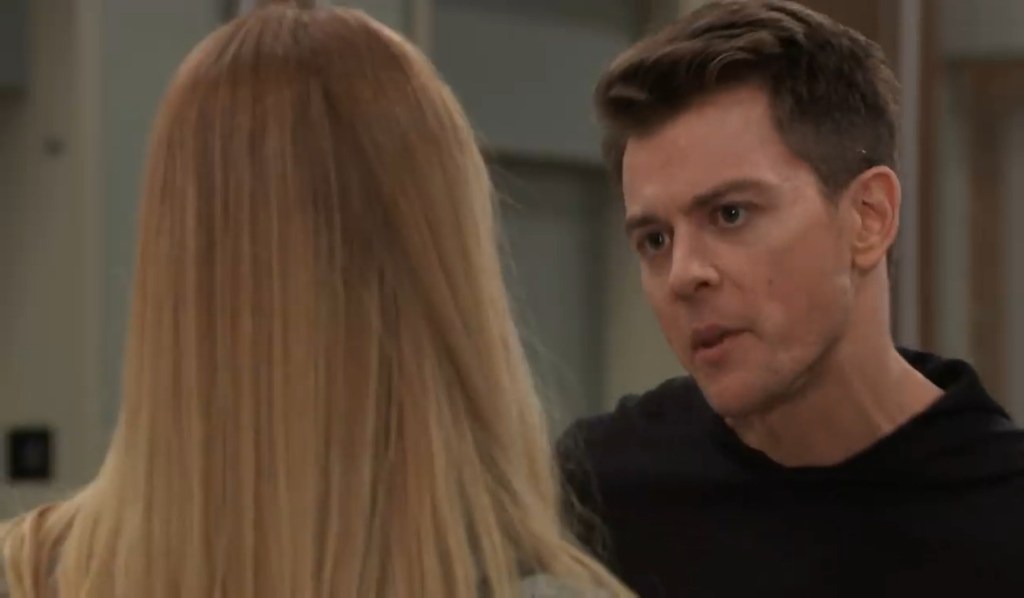 Alexis joins Sam at the bar in Queen’s Point. Deloris tells her that Spinelli has been spying on her for Sam in a blackmail plot. “Clearly physical surveillance is not Mr. Spinelli’s forte,” she explains. Spinelli says Sam is innocent. Deloris is charging Spin with the peeping tom law. Alexis asks if she was engaging in sex acts. Spin admits she was and Sam points out that this could be embarrassing for Deloris and the councilman if it goes to trial. Deloris points out that the only thing that would happen is that Spin and Sam will be in prison and she won’t have to be her parole officer anymore. Alexis makes her daughter agree to stay silent and Deloris says she’s going to be even harsher now. After she leaves, Alexis lectures her daughter for making an awful choice. She tells her to suck it up and stick it out. Sam accuses her mom of becoming a pushover and worse. Things get intense. Sam starts apologizing and Alexis asks her to go. Seeing how distraught Alexis is, the bartender pours her some vodka. She stares at the drink and thinks about Neil before downing it. 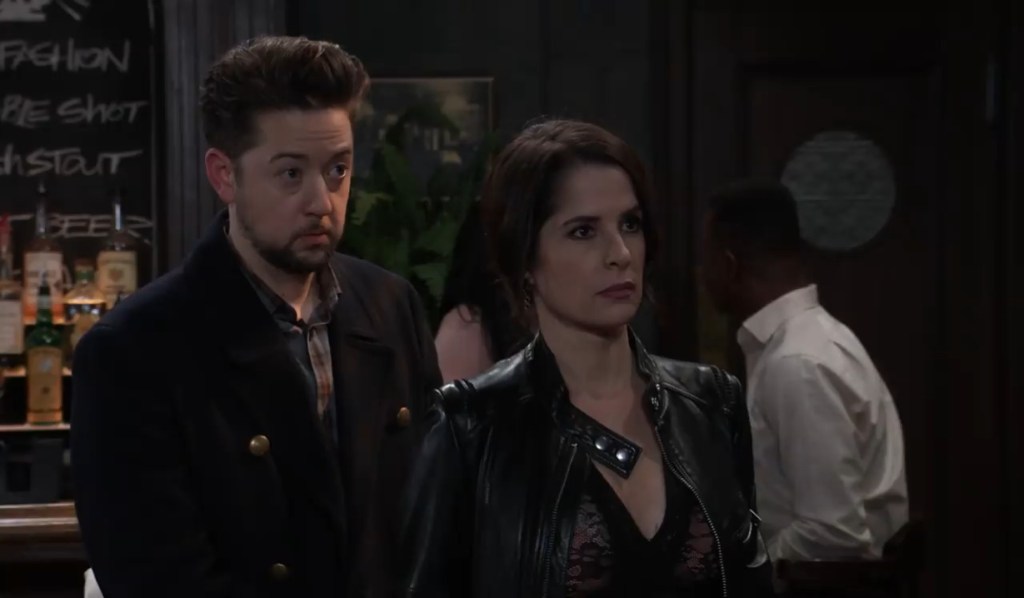 Sonny gets news about Mike.

Carly has a confrontation with Nelle.

Anna has an encounter with Britt.

Carly Confronts Nelle When She...