Wednesday March 25, 2020: On General Hospital today, Jordan is given a way to save TJ and free Cyrus, Nina and Carly plot against Nelle, and Spinelli gets dirt on Sam's parole officer. 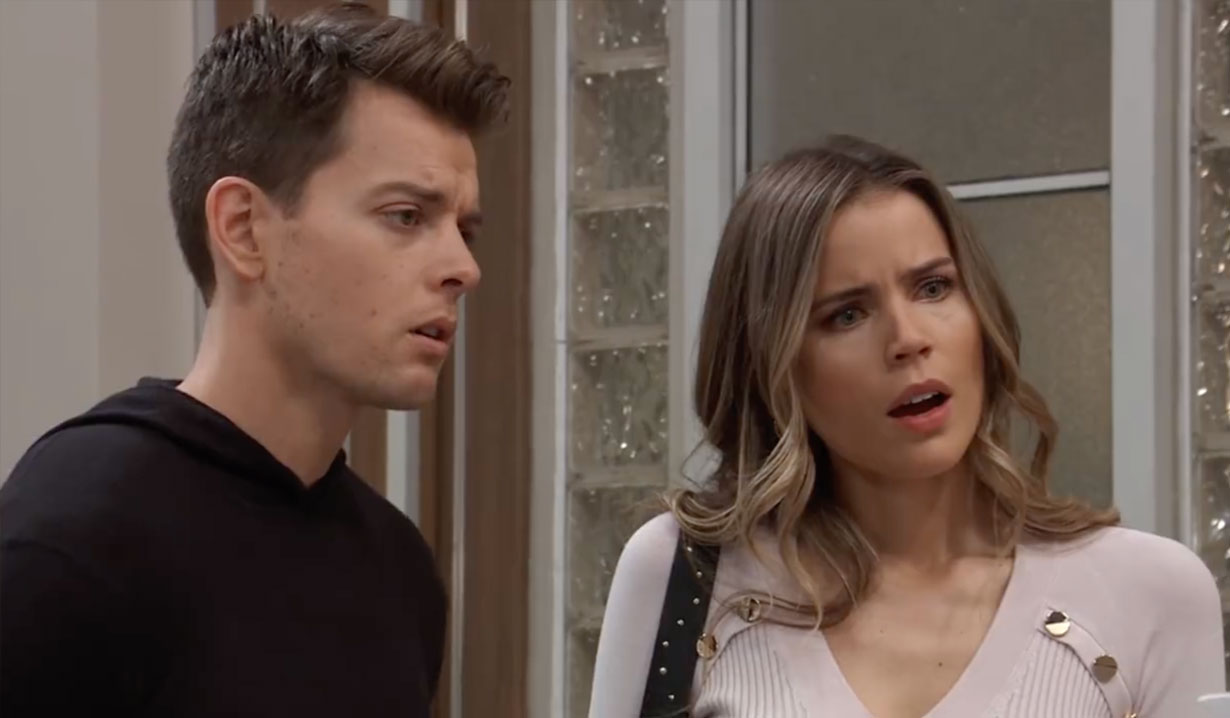 At Crimson, Nina hires Nelle as her assistant just as Carly walks in stunned by this. Nina asks Nelle to go home and come back tomorrow so she can fill out the paperwork. Nelle leaves, and Carly warns Nina that Nelle is a sociopath. Nina knows, which is why she is in the perfect position to turn the tables. She is going to let Nelle believe she’s on her side, even get her to open up hopefully, but then can testify the truth at the hearing. Carly believes Nina will need help dealing with Nelle. She is sure Nelle is already working on some scam. Nina is worried given their history and thinks the further away she stays from Nelle the better, including not letting Nelle get to her. 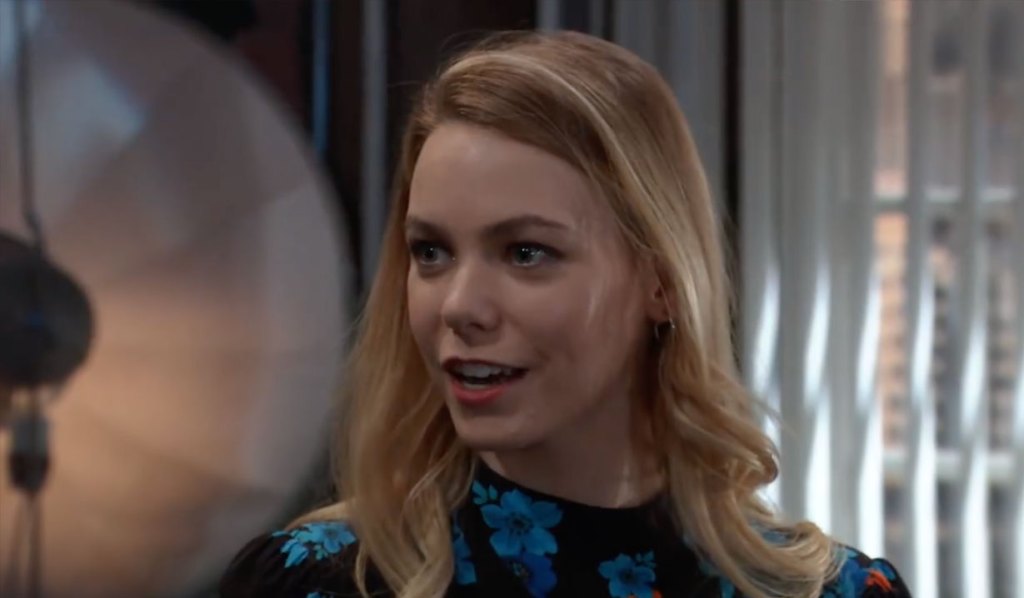 At General Hospital, Monica welcomes Portia as their newest member. She goes to fill out paperwork and Michael and Sasha rush in with Wiley. He’s having trouble breathing and Michael worries it’s his heart. Monica has a nurse take him for an echocardiogram. Elsewhere, Portia gets a phone call that Trina is not in school. Meanwhile, Michael and Sasha wait for news, and Monica returns and tells them Wiley will need surgery for his heart defect. She suggests they do it immediately, so Michael agrees. However, there is a kink, Nelle is going to have to approve of the surgery too. Later Nelle arrives in a tizzy and learns what is happening with Wiley. Michael explains it’s his heart, and they need to both agree to his surgery. She won’t agree and wants something non-invasive. 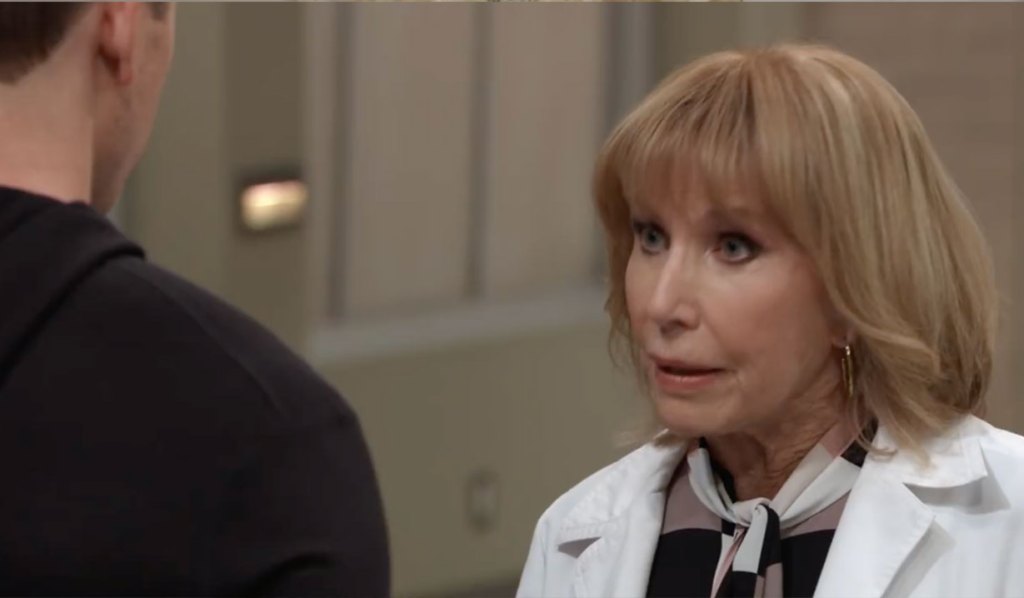 Sam meets with her parole officer Deloris at Kelly’s and insists she and Jason only interact when exchanging their son. Deloris departs after getting a call, and outside laughs on the phone and arranges a meeting for this afternoon. Spinelli follows her. Back inside, Molly joins Sam to vent about TJ. Sam tells her that Jordan has been in contact with him, which only upsets her more because she thinks he’s ignoring her. She asks her sister to check the tracker on TJ’s phone, and they learn it’s at Jordan’s apartment. 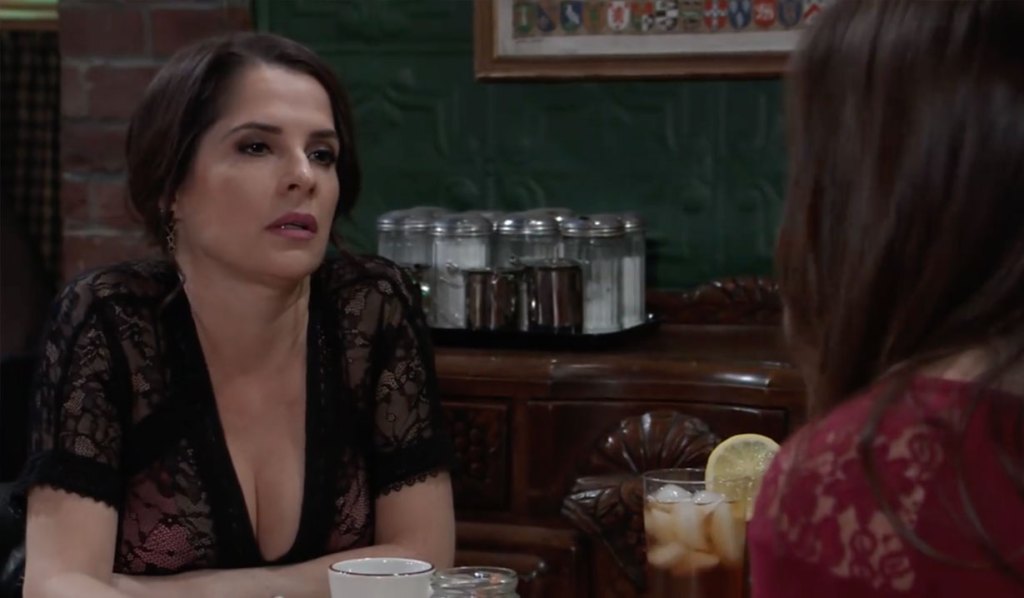 At the gallery, Trina shows up for work. Ava reiterates she is to be taking time off, but Trina is eager to get back to work. She’s compiled a portfolio of their artists, when suddenly a fuming Portia enters wondering why she’s not at school. Trina says it’s only midterm reviews and she has all As. Portia tells her this is unacceptable, and Ava excuses herself to let them talk. Trina tells her mom she needed a day off, and right now she’s just the girl whose dad just died to everyone. Portia wishes she had told her this. They talk about her father, who Portia never stopped loving even though their marriage didn’t work out, and she’s there to listen if she needs to talk about her father. 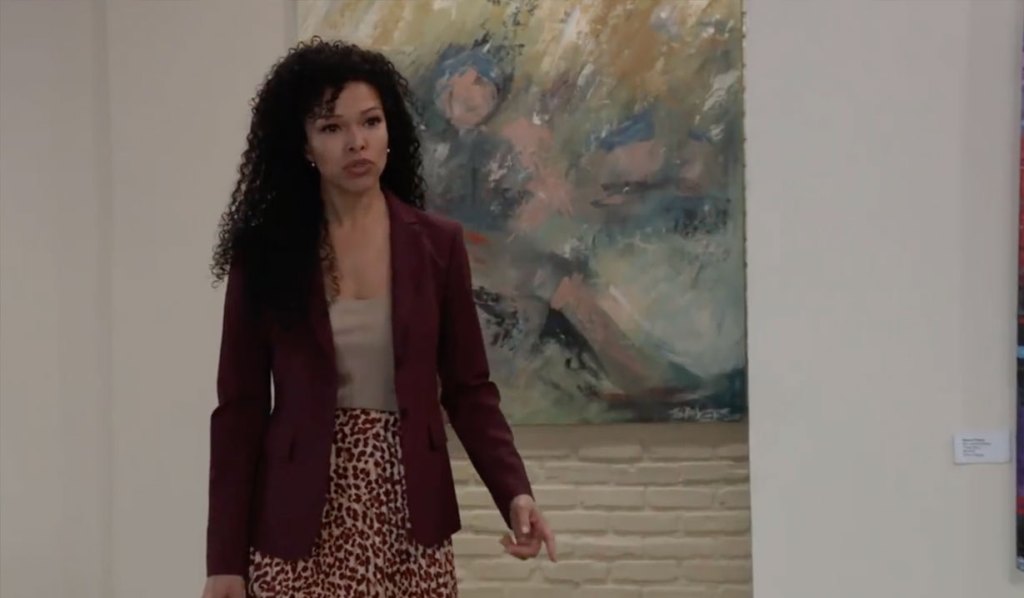 At Jordan’s place, she tells Sonny, Curtis and Jason that she has to free Cyrus in order to get TJ back. Sonny thinks she should do it because once he’s on the outside, he won’t be as protected as he is on the inside. Jordan can’t be complicit with this, but Curtis points if Cyrus is released, they are signing his death warrant, but if he isn’t, it’s TJ they are condemning. However, he won’t let Jordan turn herself for framing Cyrus in to free him, and there must be another way. Jason believes there is a way she can exonerate Cyrus without taking the fall and that is to pin it on the others who are dead. She doesn’t like throwing her team under the bus, but Curtis asks her what would Taggert do? Sonny implores her to do what she needs to in order to save her son. She agrees. Sonny tells her they will be in touch, and he and Jason leave. In the hall, Jason and Sonny discuss the plan to help TJ and depart. Molly approaches seemingly have overheard them.

Spinelli trails Sam’s parole officer to a bar and finds her on a date with a city councilman. Spinelli calls Sam to tell her what he’s found out, and both the councilman and the probation officer are married. Deloris and the councilman depart the bar, and Spinelli continues to trail them, only to be caught by Deloris, who immediately calls Sam. 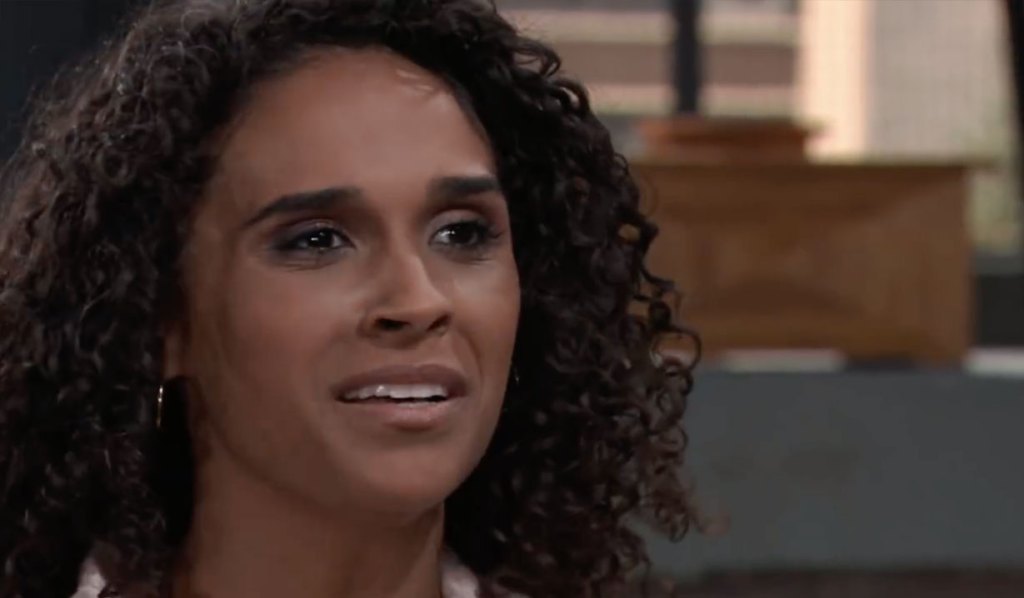 Alexis asks Deloris to drop the charges against Spinelli.

Jason tells Sonny not to give Laura a hint of what is going on.

After Ned Fires Brook Lynn, She...

After an Argument With Sam, Alexis...

A$AP Rocky Disses Donald Trump: His Help After 2019 Sweden Arrest ‘Made It Worse’