After Ned Fires Brook Lynn, She Agrees to Sell Her ELQ Shares to Linc

Tuesday March 24, 2020: On General Hospital today, Jordan confesses everything, Sasha and Maxie are furious with Lucy, Brook Lynn is disappointed, and Nelle wants a job. 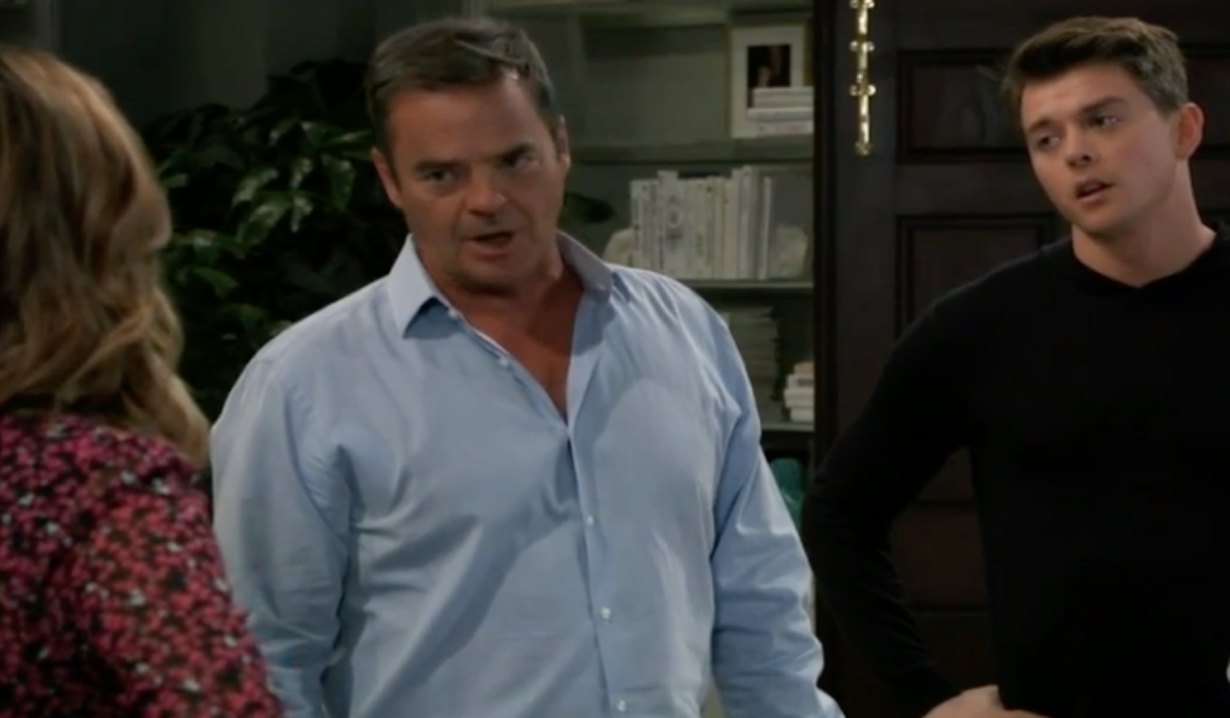 With a bandage on his nose, Chase lets Brook Lynn out of lockup. Carly and Olivia aren’t pressing charges and he won’t either considering her hitting him was an accident. She asks why he’s being so nice to her. He figured she could use a break and shows her an online article about her destroying ELQ. Brook Lynn blames Lulu weaponizing her Facebook post. She doesn’t understand how Lulu could stab her family in the back like that. 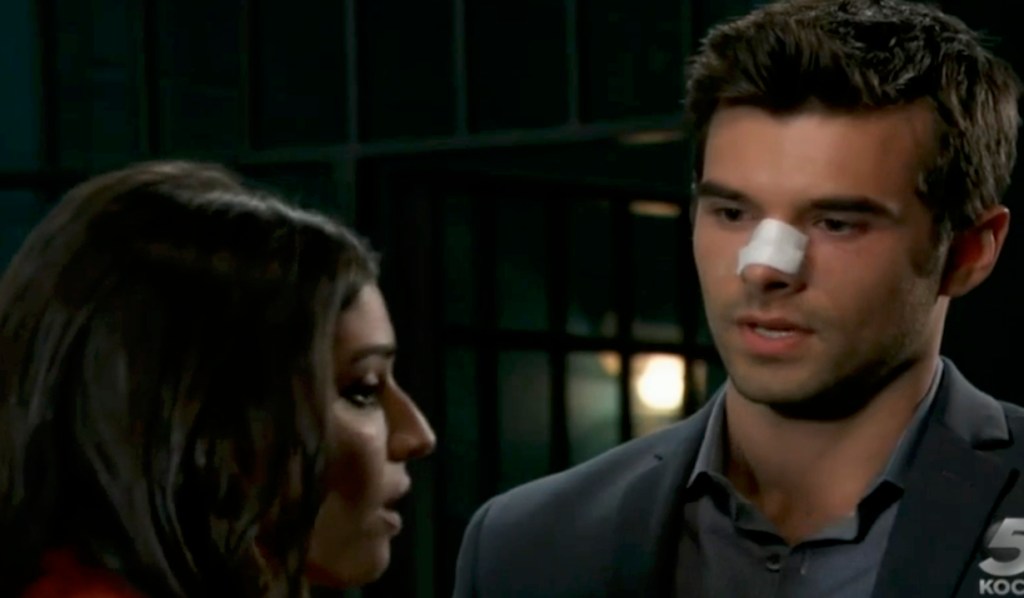 Lucy and Sasha are excited to show Maxie their new offices, but Maxie is less than impressed. They think Maxie can use her vision to transform it. As they toast with sparkling water, Valentin enters to join the celebration, thereby informing a furious Maxie and Sasha he’s their benefactor. Lucy defends taking Valentin’s money and Valentin assures them he’s just a silent partner. Sasha’s a partner too and has to rethink her involvement. As she leaves, Valentin reminds her they were a good team once. They can be once again. After she’s left, Maxie threatens to leave as well, but Valentin and Lucy urge her to reconsider. 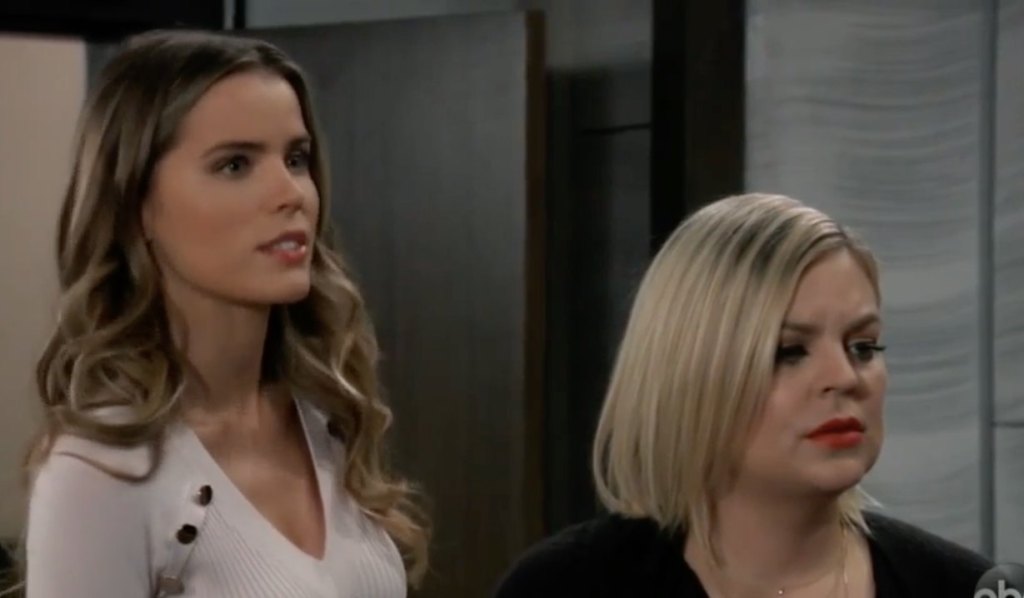 More: What to know before binge-watching Jane the Virgin

Ned and Michael argue over how to handle the ELQ crisis at the Quartermaine mansion. After Olivia intervenes, Michael relents and promises to back whatever decision Ned makes. They make peace. Brook Lynn returns and blames everything on Lulu. She suggests calling their lawyers to fight her. Ned tells her they have to consider ELQ’s business partners who have seen what everyone has been saying about her online. He has no choice but to terminate her employment. She can’t believe they’re throwing her under the bus and begs her father to support her. Michael exits the room and finds Sasha in the foyer as she comes home. She vents about Valentin, but Michael thinks he’s a good businessman who might do the company some good. They go upstairs to check on Wiley. Back in the living room, Ned reminds Brook Lynn this is bigger than the both of them and blames himself for giving her more responsibility than she was ready for. He won’t repeat that mistake again. Realizing she’s truly fired, Brook Lynn storms out. Olivia consoles a guilty feeling Ned. She thinks maybe this will help his daughter learn something. Meanwhile, Brook Lynn calls Linc to sell him her ELQ shares. After she’s left, Michael races downstairs yelling to Sasha that he’ll pull the car around.

As Nina scrambles at Crimson to find Maxie’s replacement, Nelle enters. Nina orders her out, but Nelle wants to fill the open position left by Maxie. Nina reminds her she has no experience. Nelle has no problem accepting an entry-level position. Nina assumes she’s just looking to polish her image for court. Nelle is doing her best for Wiley and thought Nina would understand what it’s like to have her child kept from her. She leaves Nina, who emotionally looks at her necklace. Nelle returns with work messages and notes for Nina trying to prove herself. Nina flashes back to Willow asking her for help exposing Nelle to keep her away from Wiley. Nina hires her. 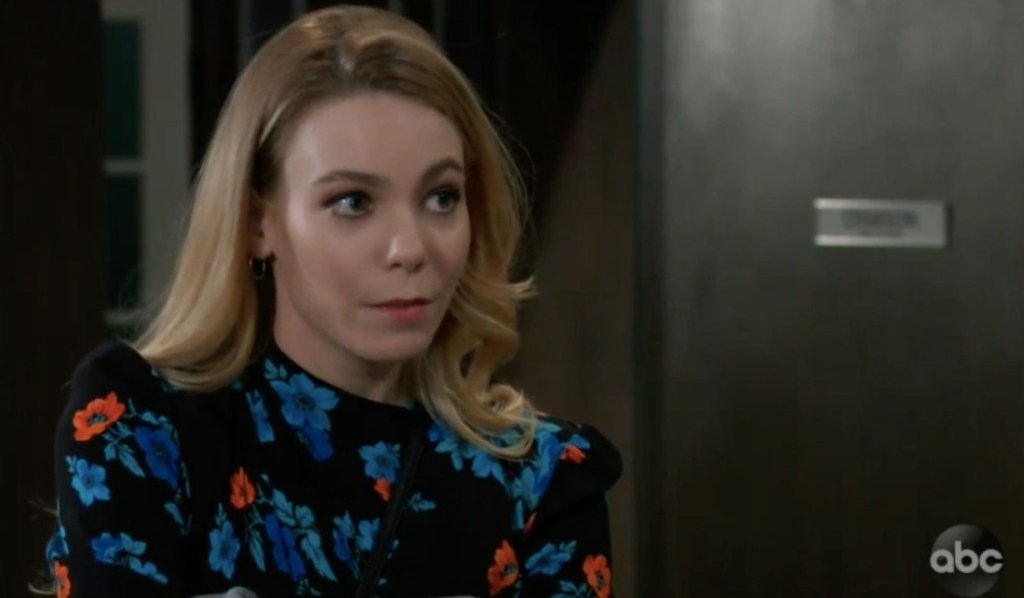 Harmony and Willow meet at Kelly’s. Willow asks her mother about her new car, but Harmony plays it off as no big deal. Willow doesn’t buy it and wants to know what’s going on. She just wants to help. Harmony tells her it should be Willow leaning on her. She assures her daughter there’s nothing she wouldn’t do for her. Chase shows up. Harmony is happy Willow has him no matter what happens to her. She wants them to promise they’ll take care of each other. After she leaves, Chase thinks that sounded like the start of a confession. Willow is certain Harmony is hiding something. 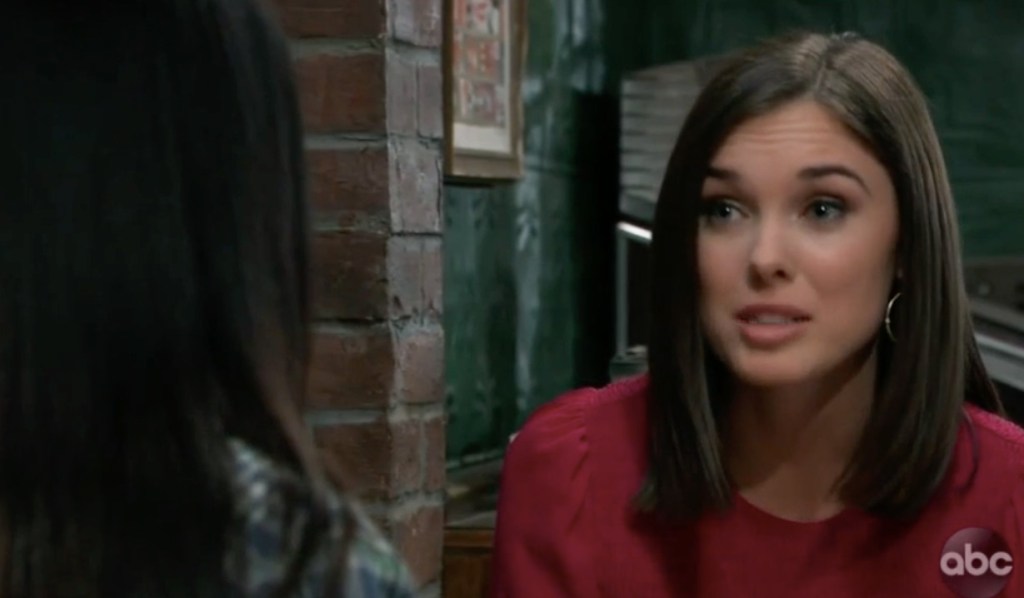 At Jordan and Curtis’ place, Sonny confronts Jordan about Cyrus kidnapping TJ. After some badgering, a tearful Jordan admits it. Curtis embraces her. She tells them everything including Harmony being her contact to Cyrus. Curtis will back whatever play Jordan decides on but thinks it’s better if they all work together. Jordan confesses framing Cyrus while she was undercover. Now she has to break him out of prison and give him a full exoneration in order to get TJ back. Sonny agrees. 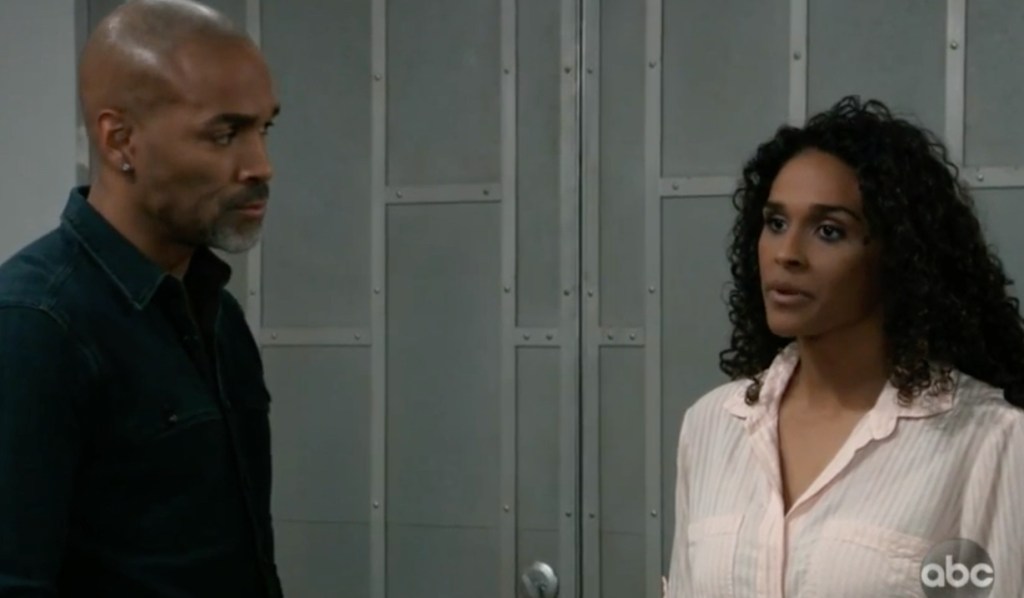 At the hospital, Monica tells Michael he needs Nelle to sign off on something.

Jordan is shocked by a suggestion. 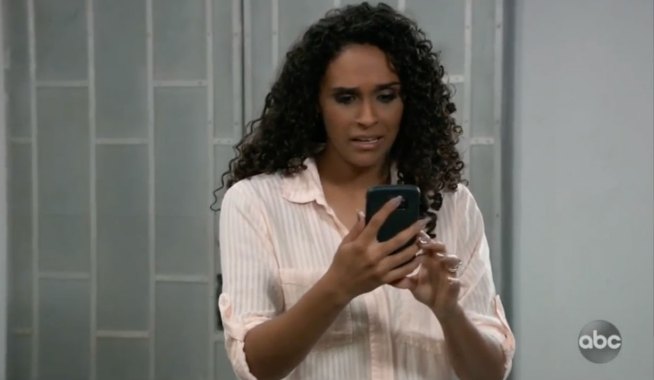 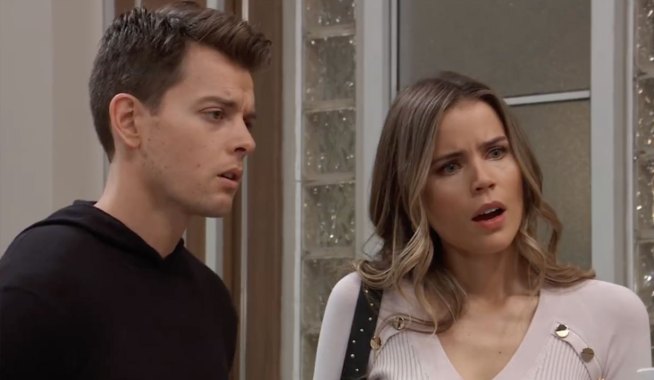