Friday March 20, 2020: On General Hospital today, Carly and Sasha scheme, Valentin and Lucy make a deal, and Peter makes it clear to Spinelli he's not going away. 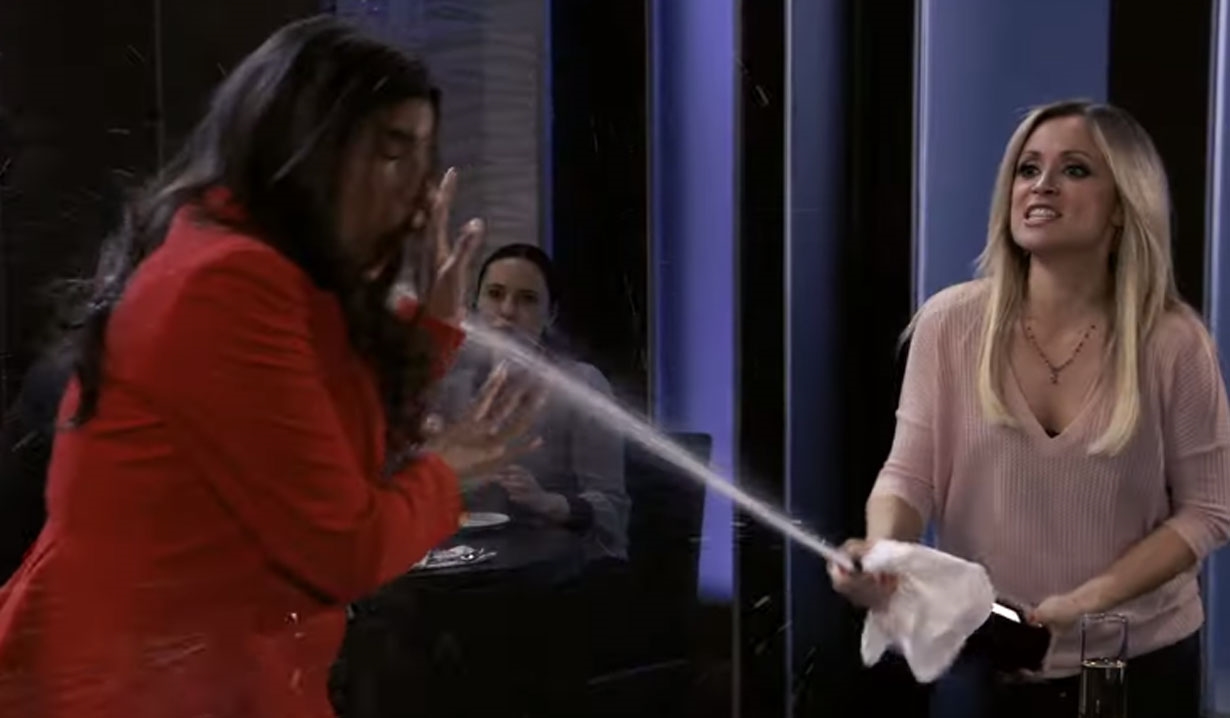 At the Quartermaine estate, Carly tells Michael they need to strategize about Nelle. He’s just going to do what Diane tells him. His mom tells him he needs to win custody by any means necessary. He hopes she means by legal methods. She doesn’t. Sasha orders Michael to leave and go to the gym to blow off steam. Once he’s gone, Sasha and Carly talk strategy. Sasha thinks Michael should marry Willow. This scheme impresses Carly. “You’re my kinda person. You’re a good person who knows how to do bad,” she says. She encourages Sasha to talk Michael into a scheme to take care of Nelle. 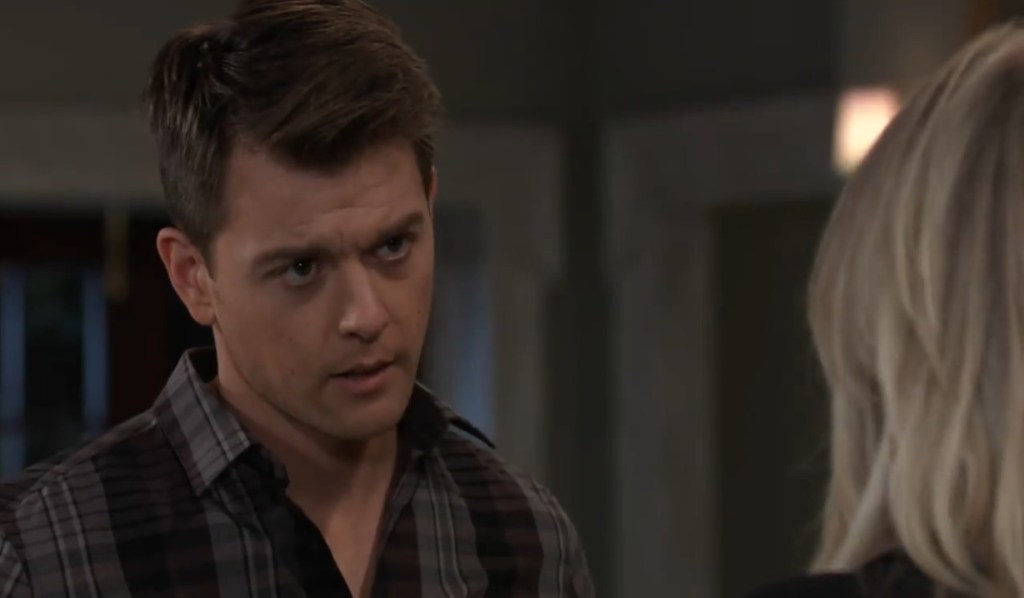 Anna corners Jason at the gym and encourages him to soften his attitude to Peter. He can’t. She asks him to at least empathize with her and insists Peter is a scapegoat. She tries comparing him to Peter. Stone Cold remains unimpressed. She keeps insisting that Obrecht is to blame for everything. He doesn’t think that Liesl is guilty this time. They debate the evidence and she accuses him of being played for a fool before storming out. Michael shows up and vents to Jason about his issues with Nelle. He explains the marrying Willow option but doesn’t think she would be okay with it. 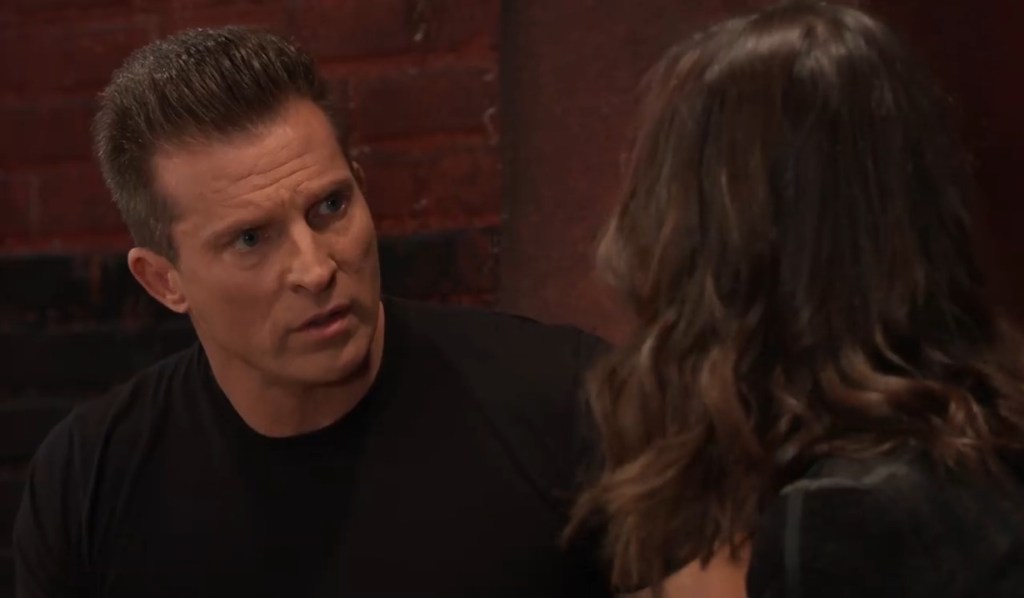 At Anna’s, Willow and Chase have been babysitting. She puts the kid to bed and then she tells the cop how good it is to see him smiling again. They kiss and he tells her how much joy she gives him. He complains about Nelle and she wonders how he feels about Sasha’s idea. The cop says it was out of bounds. He gets a call and leaves for work. Anna arrives and starts drinking. 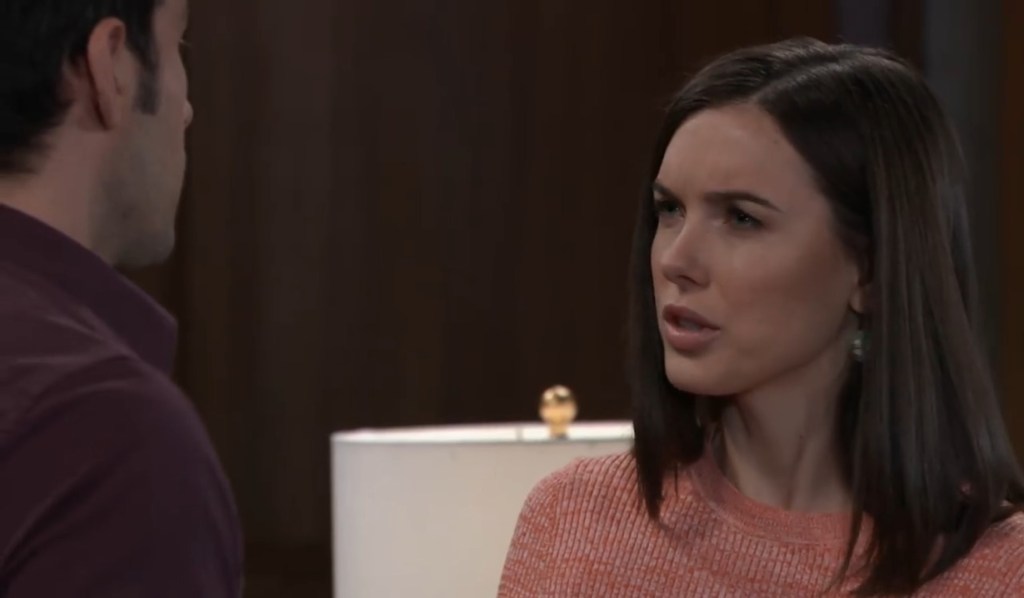 Valentin corners Lucy in the Metro Court. He tells her that he can solve her financial woes. It would cost her the deal with Crimson, however. Lucy says his offer isn’t worth that and walks off. Brook Lynn storms in and rails at Lulu for ruining her new job and causing problems with the Quartermaines. Lulu tells her this is her own fault. They trash each other for their failings and how they both drive people away. Brook Lynn accuses Lulu of being a boring nag who drove Dante away. Lulu shakes the champagne and sprays her with it. They take off their earrings and start throwing each other around. As they yank each other’s hair, Valentin watches and records the wrestling match. Chase arrives with the cops to break it up. Brook Lynn accidentally belts him in the nose. Bloody faced, he cuffs her and drags her off for booking. 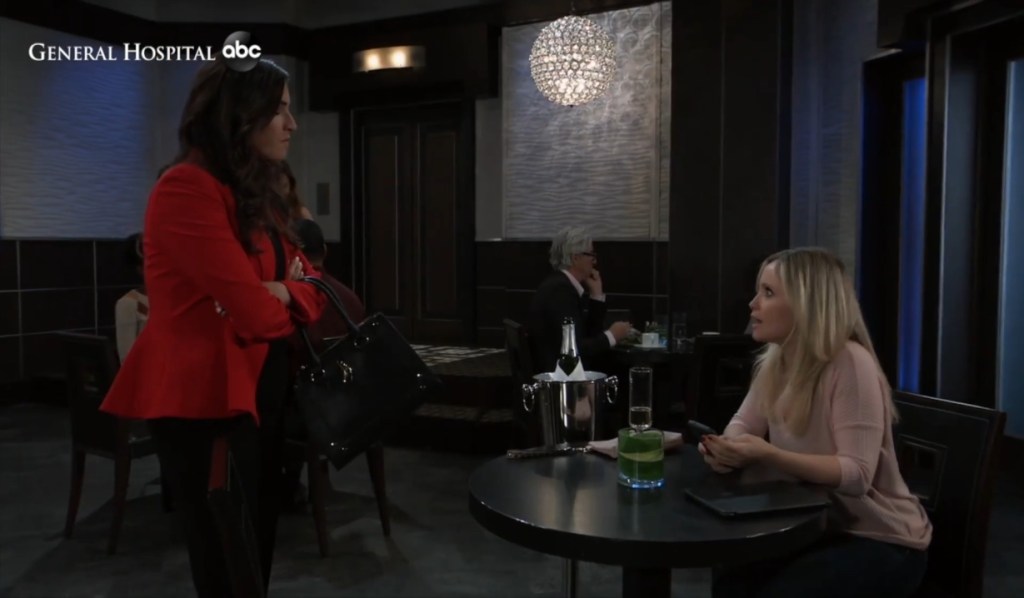 Chase locks Brook Lynn up in the cells.

At Crimson, Maxie tries calling Lucy so they can talk. Jax arrives and Maxie informs him she doesn’t work there anymore. Jax and Nina go into her office to talk about her rift with her sister-in-law. She needs to solve this before the damage gets worse. Maxie interrupts with her resignation. Jax wishes her well and suggests she’ll have a hard time finding a job. Maxie announces she’ll only be unemployed until tomorrow. Lucy arrives and Maxie asks them to say hello to her new boss. This outrages Nina. Coe claims she hasn’t poached Maxie and has no job for her. Miffed Maxie storms out. Nina declares that the magazine’s partnership with Deception is over. She paces and wonders how she can survive without her assistant. 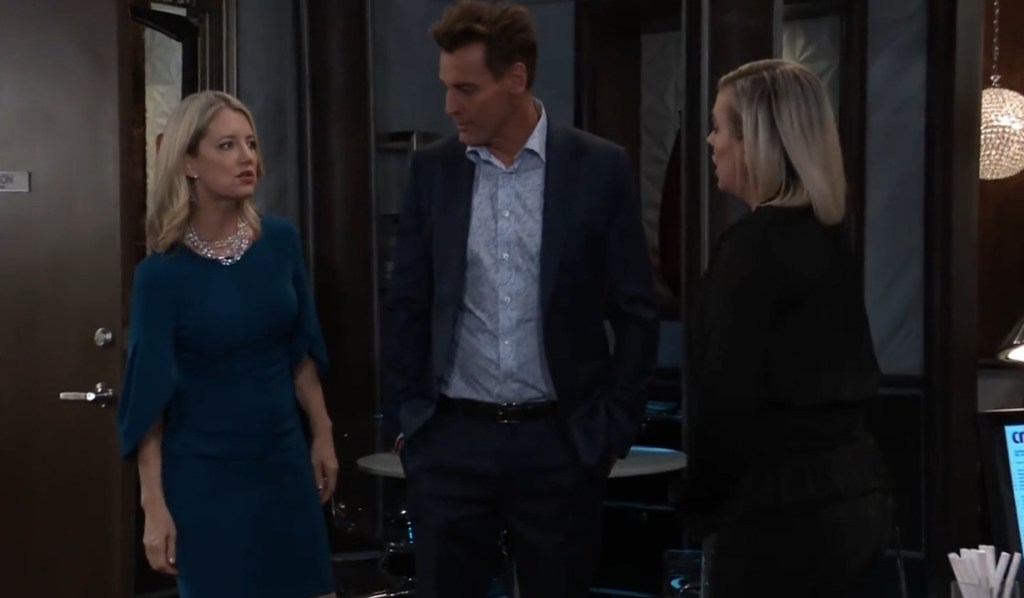 When Lucy gets to the Metro Court, she finds Valentin and offers to talk business with him.

Spinelli arrives at Maxie’s and finds Georgie with Peter, who tells him about all the bonding they have been doing. The men have a beer and talk about the child. Spinelli decides to leave with his daughter, but Peter was preparing to make cookies with her. August realizes that Spin has become an adversary. He wants them to be friends and reminds him he’s going to be in his life permanently. He announces that he and Maxie are getting married but admits that he’s not rushing her to commit to it. He wonders if Spinelli still has feelings for Maxie. Spinelli admits he thought she was his soulmate but then he grew up. Peter warns him that jealousy poisons relationships and he shouldn’t risk alienating Maxie. She walks through the door and announces that she’s unemployed. After breathing into a bag for a while, she gets a call from Lucy offering her a job. 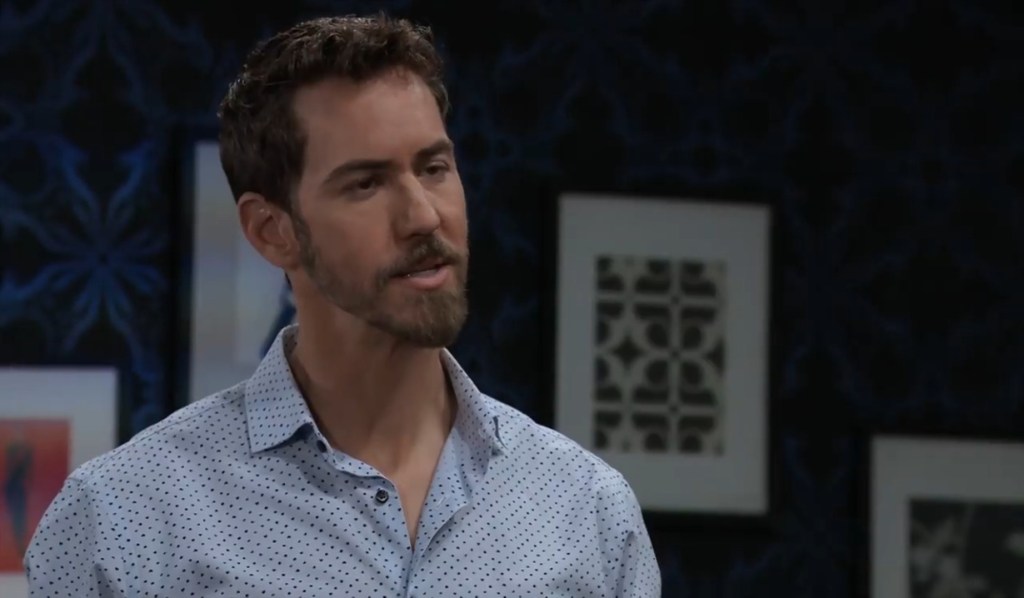 Word of Lulu’s Article on ELQ’s...

Harmony Tells Jordan She Must Free...