Britt Refuses to Help Obrecht but Robert Suggests They Team Up 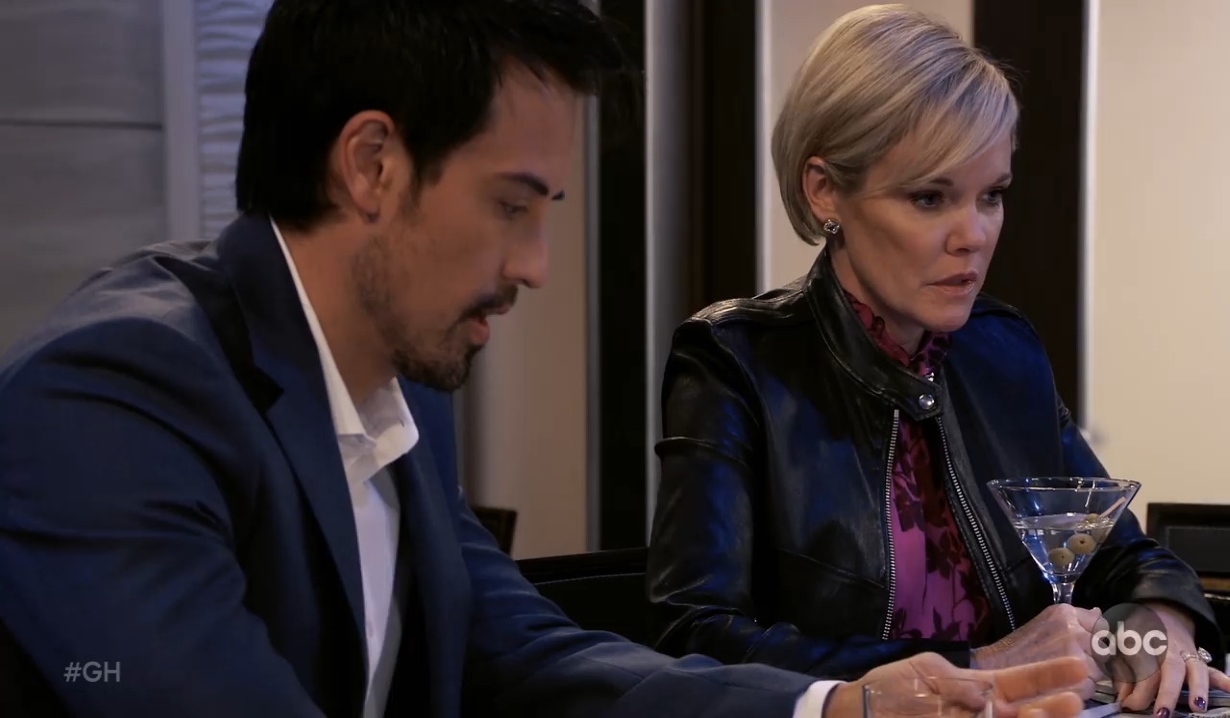 At the Metro Court, Nikolas and Ava bicker over drinks about their marriage and the temptations they are facing. He reminds her that this is only a business arrangement. She still wants to redecorate the house, but he refuses. He wants to keep it the way Spencer likes it. Ava senses he’s haunted by the way he’s hurt his son; she knows what that feels like. The Cassadine explains that the only person he can make amends to right now is Hayden. Jerome assumes that Hayden must have problems other than him that are keeping her out of Port Charles. Getting distraught, Ava lectures him not to do things he’s going to regret and storms off. Across the room, Robert and Anna discuss Finn moving back in thanks to her clearing Peter. She goes over the evidence she uncovered. He thinks it’s all too easy and looks like a frame-up. She insists the case is closed. For her sake, he hopes she’s right about this. 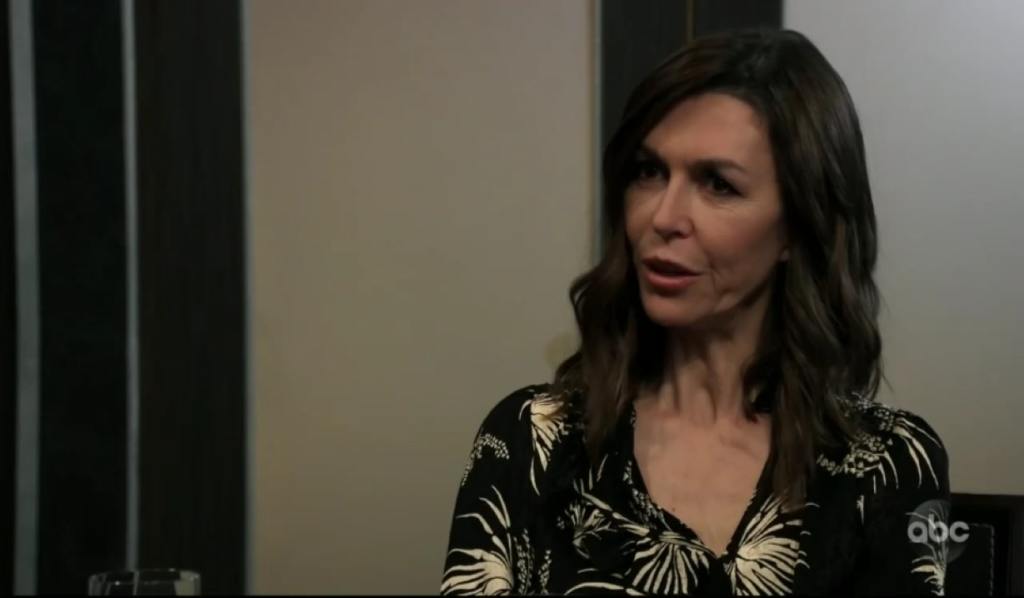 Franco and Liz are at General Hospital. They talk about their financial and plumbing problems. She’s reassuring. After he takes off, Finn rushes over to her, desperate to find Hayden because Violet’s birthday is coming up. Liz can’t make sense of why her sister is not returning. Over by the elevators, Scott meets his son, who asks him for a loan of a hundred thousand. Franco explains that a pipe burst at the house and the kids have expenses. Scott marvels at his son thinking about the future. They sit down and Scott admits he doesn’t have that kind of money but can help him get a loan. Later, Ava joins Franco in his art room. He admits that he needs a lot of money and his art isn’t generating it. She tries to reassure him, but he worries his talent may have disappeared with his tumor. Jerome says he’s a great artist and starts posing. Back at the nurses’ station, Anna arrives with a tea set for Violet and assures Finn that the little girl will have a good birthday. He loves her. 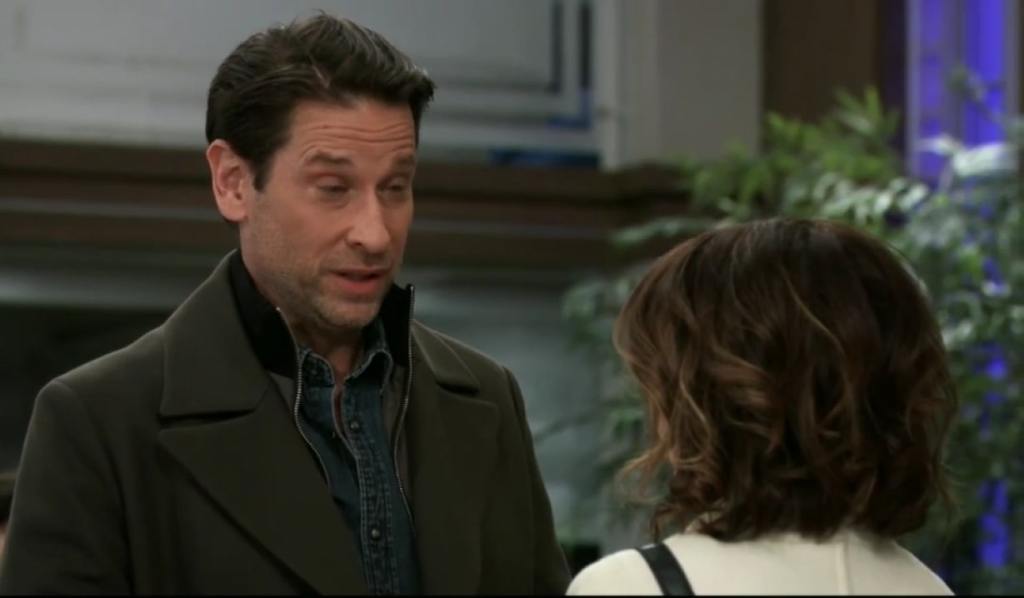 Julian and Britt wake up in his office at Charlie’s. He offers her breakfast, but she takes off.

Obrecht is in her jail cell yelling that if she wanted someone dead, the job would have been done. Soon, Britt shows up to visit her mom. Britt bluntly asks if she did it. Her mother professes her innocence and insists that Peter framed her with Anna’s help. She’s sure that with her daughter’s aid, she can prove she’s innocent. Liesl worries that Peter might have had Nathan killed and is now living with her grandson. She should have killed him in the cabin. Britt doesn’t want to get sucked into this drama while she’s on parole. She walks out. Soon, Robert drops by. He admits she might not be guilty this time. Maybe they can help each other. 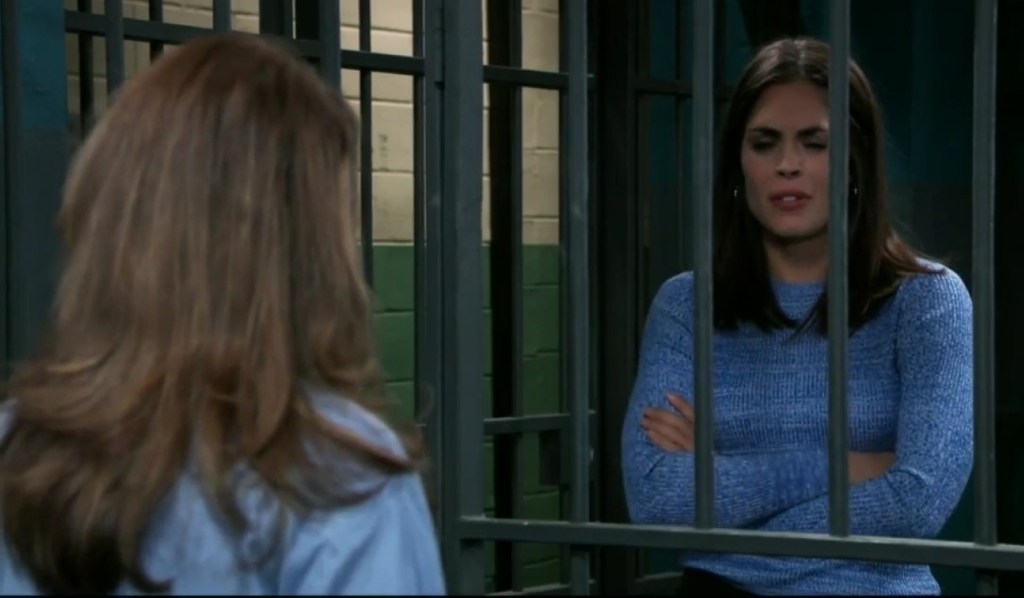 Liz tracks Nikolas down at the Metro Court and asks where her sister is. He admits that she’s disappeared without a trace. She says that if her sister is dead, it’s his fault.

Brando meets Sonny and Jason at the garage and tells them that he can’t be involved if it’s a front. Corinthos makes it clear that he doesn’t want him involved in his business. This will be his garage to run as he sees fit. Sonny hands him the keys and exits. Brando tells Jason he still feels like he should go back to Chicago. Jason assures him that Sonny knows what he’s doing, and he should stay in Port Charles. Stone Cold explains that he owes Brando a debt for saving Carly’s life. Brando says what happened at the warehouse is not what he thinks it was. He has PTSD and barely knew what he was doing when he saved her. As Jason reassures him, they are both startled by someone entering the garage and Stone Cold whips out his gun. 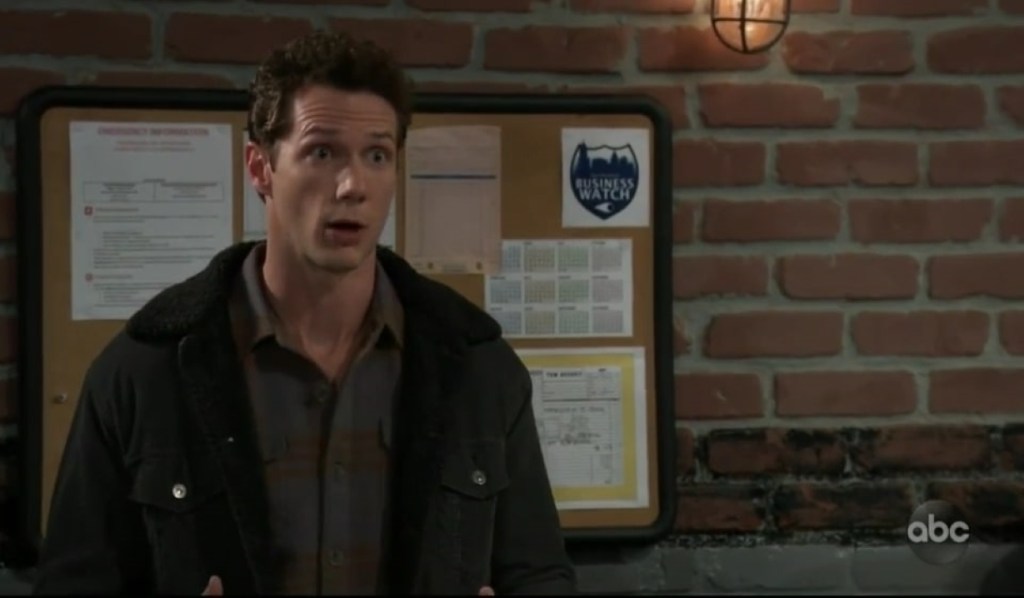 At the Corinthos compound, Carly tells Joss that Sonny is looking after the situation, but homeschooling is the best solution for her right now. Joss wonders if going to Australia with Jax wouldn’t be better. She admits that it’s never felt like home and asks her mom if the pressure ever gets to her to the point that she thinks about bailing. Carly admits she’s reevaluating if staying with Sonny is worth it. She will always put her kids first. 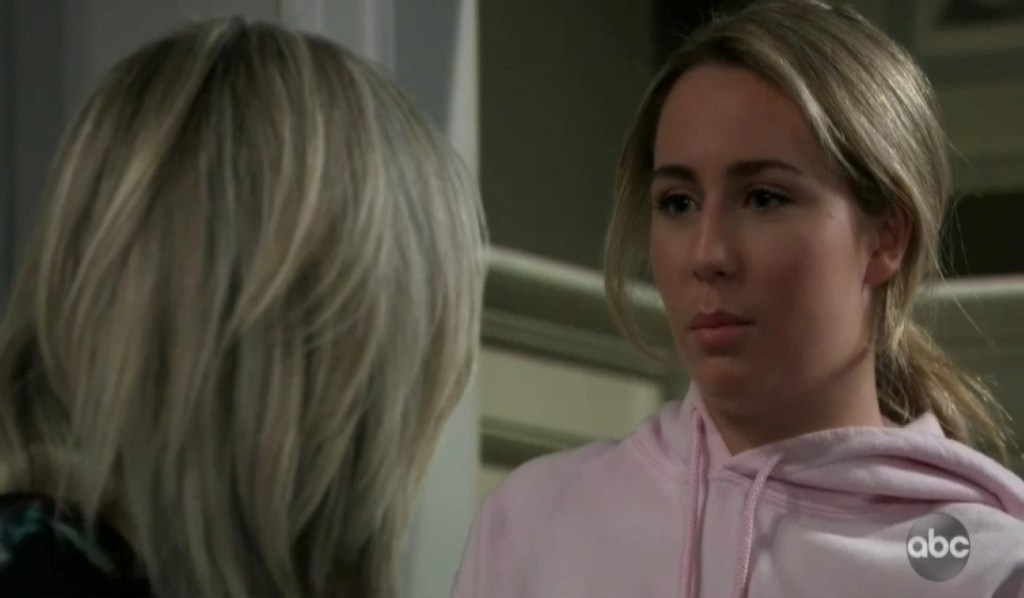 Sonny shows up at Julian’s office in Charlie’s and asks why he agreed to pay for Brad’s defense. Corinthos wonders if Brad has something on him…

Jason has some doubts.

Alexis tells Neil she would do it all again.

Carly makes an offer to Portia. 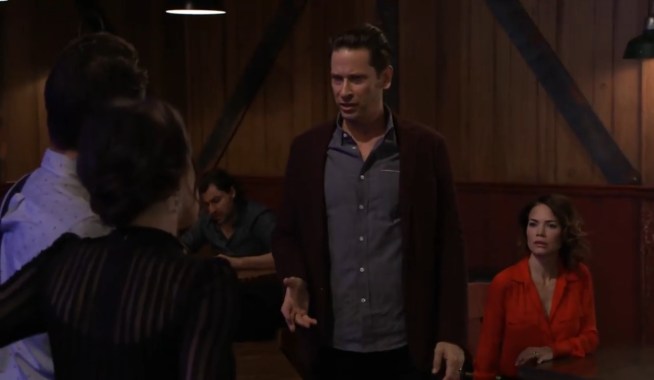 Jordan Is Forced to Work for Cyrus to Save TJ 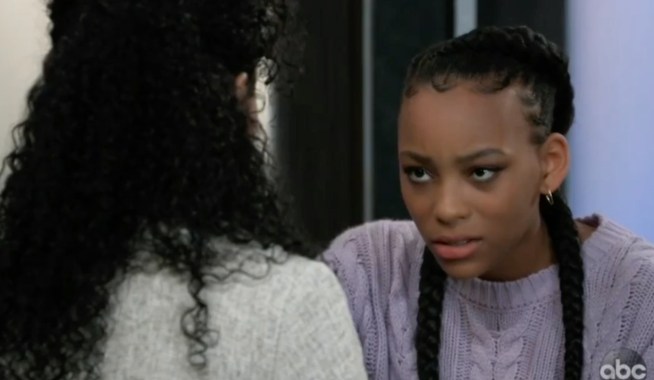