Jordan Is Forced to Work for Cyrus to Save TJ

Friday March 13, 2020: On General Hospital today, Julian and Britt have sex, Franco confronts Obrecht about the attempt to kill him, and Michael proposes to Sasha. 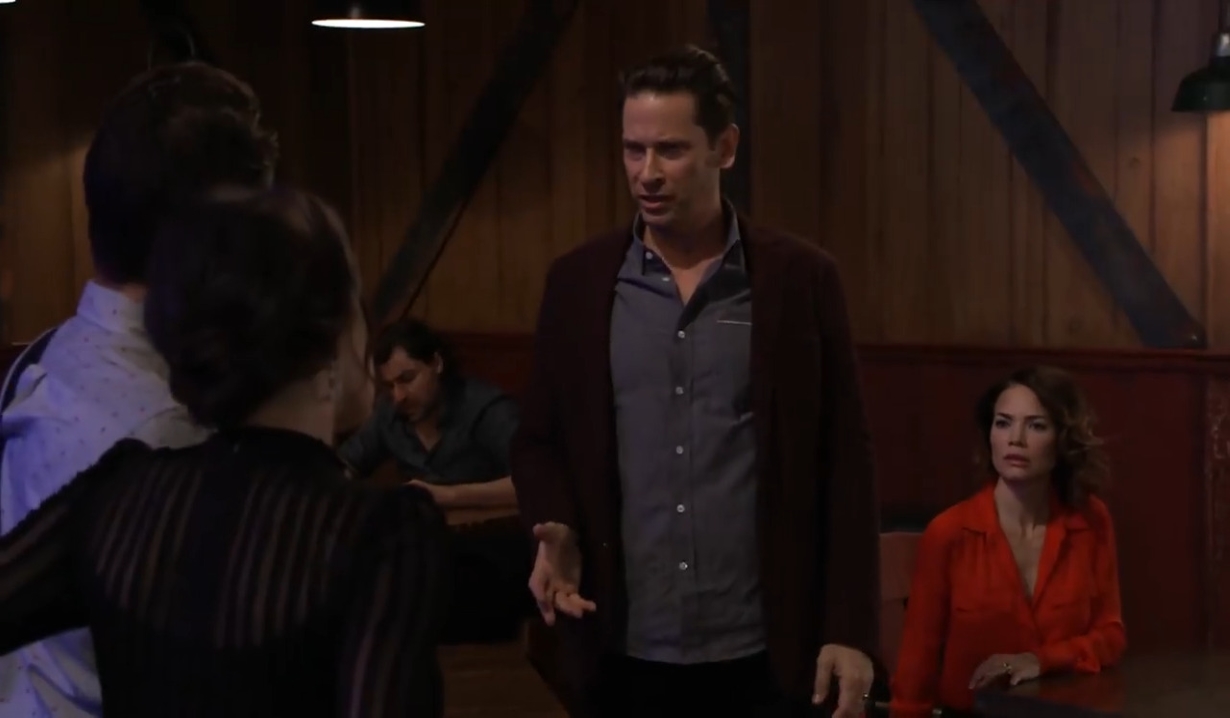 Franco and Liz go to The Floating Rib. Spinelli and Sam enter, discussing Obrecht being locked up. Franco overhears this and asks for details. They explain Anna arrested her for trying to kill him. He refuses to believe Liesl would do that. Liz encourages him to go and see his friend. Across the room, Sam tells Spinelli he needs to keep his mouth shut about Peter. He’s worried about Maxie, but Sam insists they can’t even warn her. She heads over to the bar and talks to Liz, who fills her in about Jason saving Cam. This is all news to Sam.

Nina is shown into the cells to see her aunt. Obrecht quickly realizes her niece may think she’s guilty and insists that Peter has framed her for his crimes. This is hard for Nina to believe. Liesl insists that she has changed while August is just a fake. When Obrecht says that Nathan would want her to help, that’s the last straw for Nina, who storms out, declaring this is all Liesl’s own fault. Later, Franco drops by. Obrecht tells him this is all nonsense and insists she would never try to kill him. He reminds her of their past betrayals. Liesl insists she wasn’t involved in the demented Drew story. Franco asks for a reason to believe her. She explains that Peter framed her. He’s not sure he can believe her and walks out. 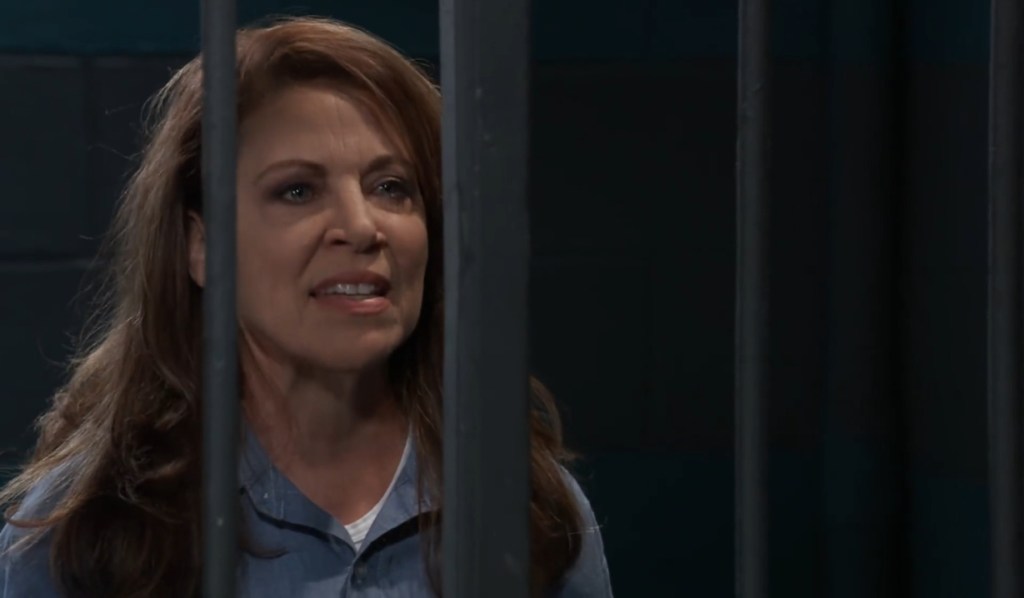 Willow and Chase go to Charlie’s and talk about how annoying Nelle is. Harmony wanders in and almost leaves but her daughter asks her to sit down. The women talk about how they are coping. After Harmony gets a text, she rushes off, telling her daughter she really appreciates the second chance. Chase hadn’t realized that Willow was so close to her mom again. She’s proud of her mom for turning on Shiloh and doesn’t want to waste another chance with her. He hopes she’s not disappointed. Julian interrupts and thanks Willow for taking Nelle down a notch. She admits to Chase she threw a drink in her face. Meanwhile, Britt sits at the bar and talks to Julian about Brad. She admires him for all he did for his husband. Jerome guesses she knows he was involved, and she admits Brad told her everything. Julian explains that Brad was blackmailing him and refused to listen to anything he said. They do shots and she points out how much he’s alienated his family. She keeps drinking and tells him she feels like letting loose. They head to his office and have sex on the couch. 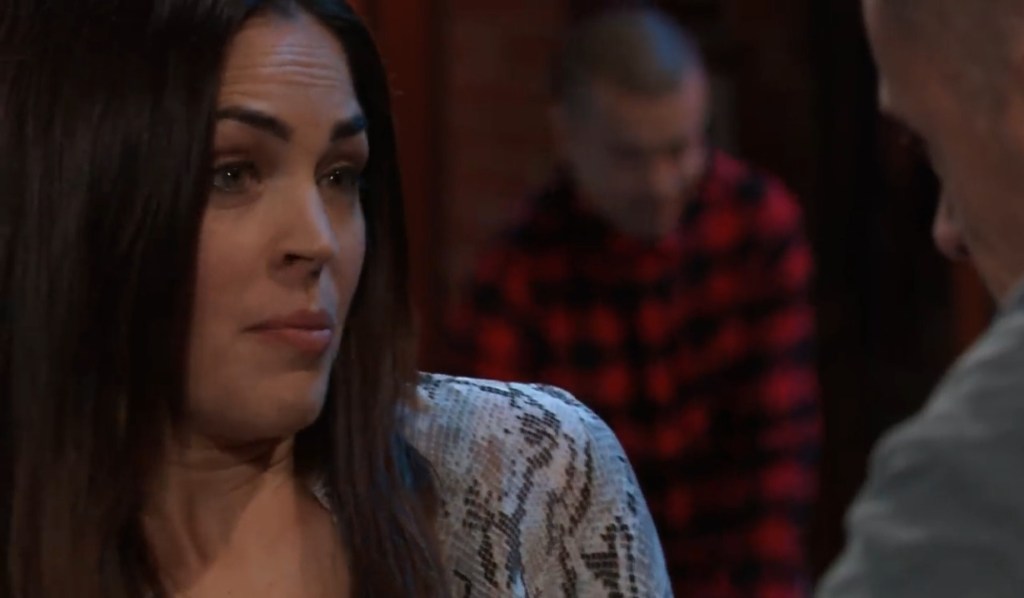 At the Quartermaine estate, Michael and Sasha discuss how getting married would help with his custody case. She admits she didn’t think she was ready for motherhood, but after her run-in with Nelle, she’d be happy just to keep Wiley away from that awful woman. They discuss how lucky they are and how strong they are together. He drops down on a knee and proposes. She agrees and they kiss. He calls Diane over and they announce they are getting married. The lawyer says this is an awful idea. She points out that Sasha doesn’t have a great record, and this would look bad in court. The lawyer suggests he marry someone with good credentials or not at all. After she exits, Michael apologizes and wishes things were different. Sasha is disappointed and wonders what to do now. 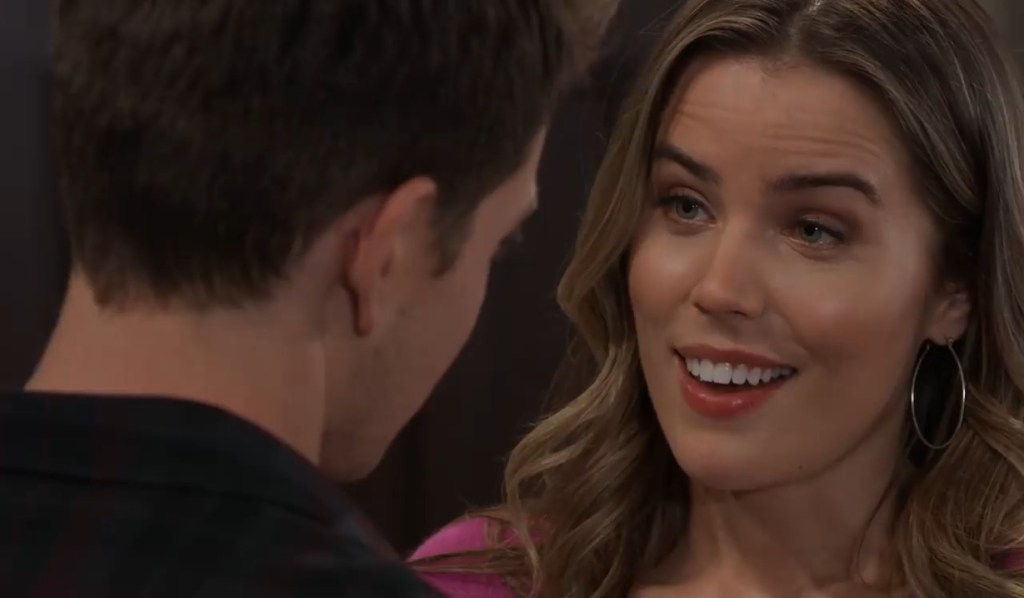 At home, Jordan gets a text warning her to stay silent about TJ. Curtis asks what it is, but she lies about it. He calms her down as she gets upset talking about her visit to Pentonville to see Cyrus. She asks him to take Stella out so she can have time alone. After she heads to her room, Curtis offers to take Stella out. She’s reluctant but he insists and has even booked her a room at the Metro Court. Once they are gone, Jordan sends a text to say she’s alone. Soon, Harmony shows up. Cyrus sent her. That’s bewildering to Jordan. Harmony explains that she will be relaying Cyrus’ messages and the cop will have to work for the gangster. If she refuses, it will be bad for TJ. She warns that Cyrus’ reach is a lot further than she knows and hands her a burner phone. Jordan demands daily proof her son is alive. 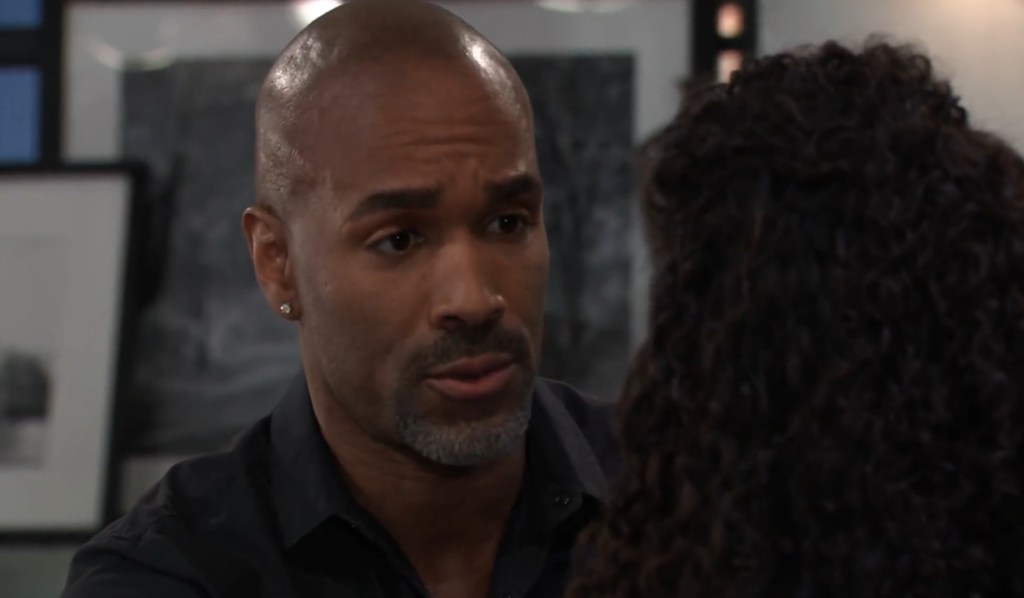 Back at The Floating Rib, Stella tells Curtis about her time in Amsterdam. She’s sure he’s worried about what his wife is keeping from him. Nina wanders in and joins them. They talk about her aunt getting arrested. She actually thinks Obrecht is guilty.

Curtis goes home and is surprised to see Jordan is still awake. She’s upset and doesn’t know where to hit Cyrus. He says they just need to find his weak spot.

Britt Refuses to Help Obrecht but...