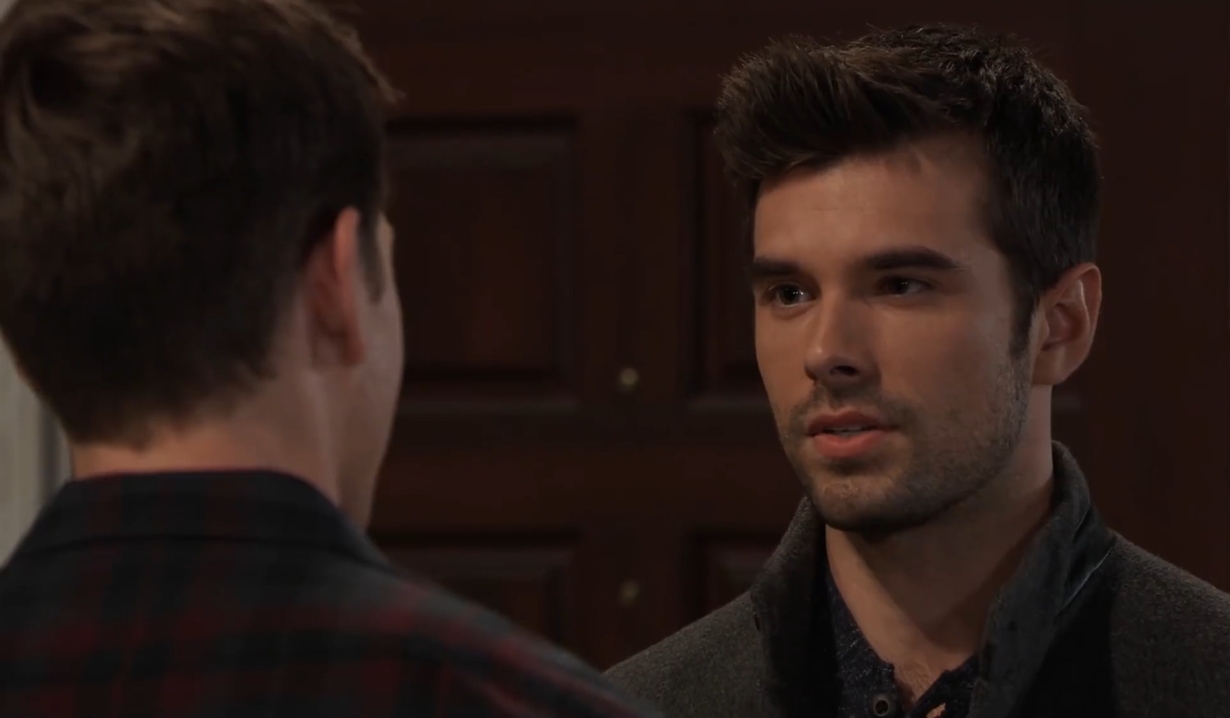 At the Quartermaine estate, Michael puts Wiley to bed and then chats with Brook Lynn about her starting work at ELQ in the morning. Chase arrives with beer and she takes off. The cop wants to talk about Nelle. They discuss how criminals seem to get all the legal protection and wonder who could be in cahoots with Nelle. Chase nearly gags on his beer when Michael tells him he’s thinking of getting married to help keep custody of Wiley.

Britt drops by the courthouse to check on Brad, much to his surprise. She informs him she got her medical license back and assures him they won’t let Nelle win. Brad says it’s too late: he pled guilty. She’s appalled he rolled over so easy. He tells her that Sonny threatened to bump him off. Britt gets him to go over the details of the accident. Brad could have used a friend during all of this. The topic turns to her mom being arrested. She’s sorry her mom helped mess up his life. Brad just wanted to be good enough for Lucas but bungled it. “You can’t change who you really are,” she says. Britt’s proud of him for giving so much up for someone he loves. The bailiff arrives to cuff him and escort him out. 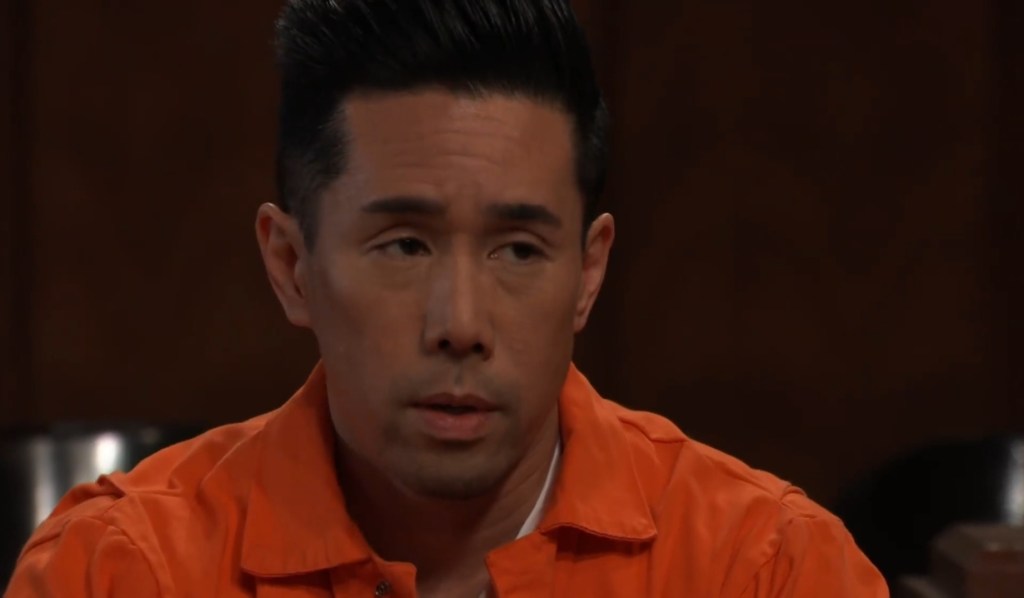 Julian walks into Charlie’s and Nelle starts prodding him about Brad’s hearing. He won’t talk to her. Sasha and Willow walk in, spot her, and decide to stay anyway. They sit across the room and gossip. Sasha says that she and Michael have been talking about marriage. She’s freaking out a little because she could wind up being Wiley’s mom. Things are happening really fast. Meanwhile, thanks to her lawyer, Nelle has learned about Brad’s plea and starts nagging Julian. He tells her she’s not fit to be a mother. By the time he grows up, Wiley likely won’t even know she exists. She starts talking about renaming the baby until Willow storms over and begins lecturing her. Nelle reminds her that her son is dead and orders her to stay away from Wiley. Willow chucks a drink in her face. Sasha tells her she deserves worse. Nelle calls her a tramp and refuses to leave. After Willow and Sasha sit down, the teacher encourages her to marry Michael. That would help him retain custody. Willow goes outside and Chase joins her. Back inside, Julian kicks Nelle out and Britt immediately props up at the bar. 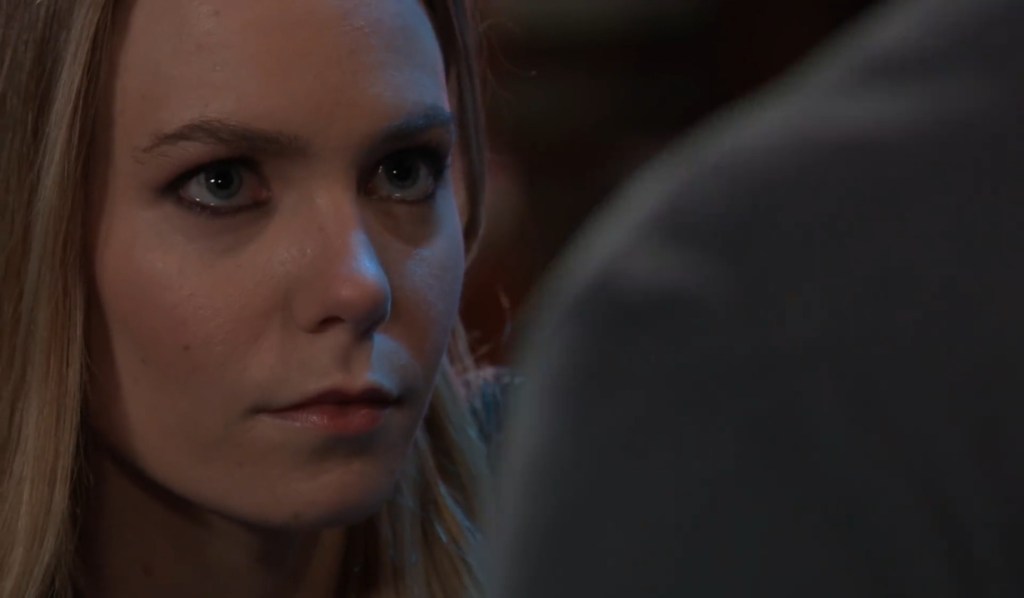 At Pentonville, Jordan demands that Cyrus tell her where TJ is. He’s not explaining and vaguely talks about the wrongs he must right. She tries texting her son and Cyrus continues to goad her until she threatens to kill him. She’s texted a photo of her son in captivity and demands answers. Obviously he doesn’t just want to kill her, so what does he want? 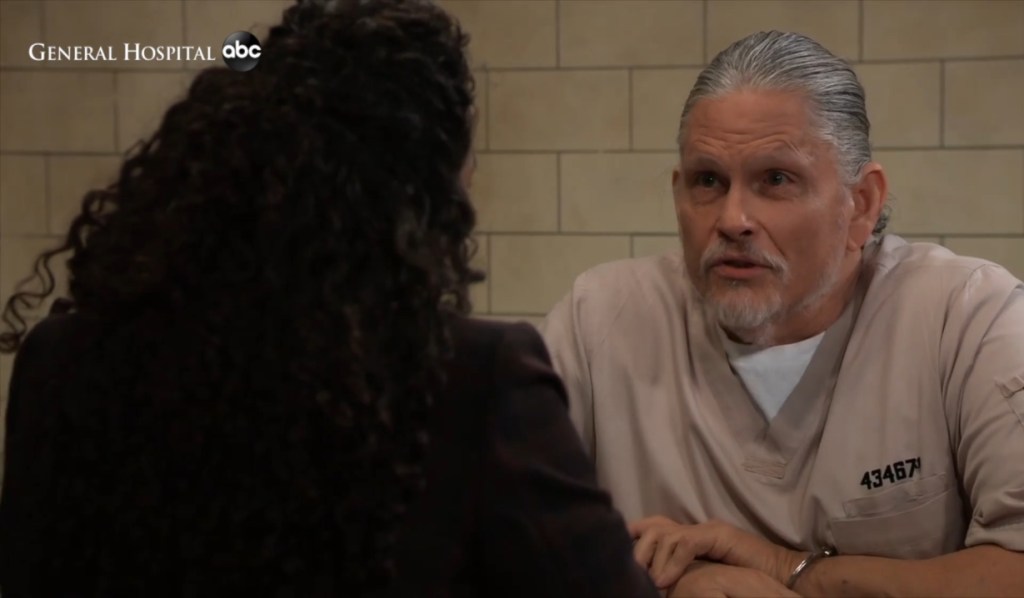 Stella surprises Curtis at his place. She’s happy that he managed to rescue the kids but wonders if he’s alright. He tries to be reassuring but admits he feels bad for Taggert’s death. Stella says it’s not his fault, but he knows that Trina blames him for it. His aunt tells him he can’t take on that guilt. Taggert sacrificed himself. The topic turns to TJ and he gives her an update on the proposal failure. Jordan arrives, clearly shaken. She admits that Cyrus got under her skin. The cop snaps and tells Stella she can’t stay there. Jordan calms down and Stella goes off to freshen up. Curtis asks his wife what Cyrus actually said. 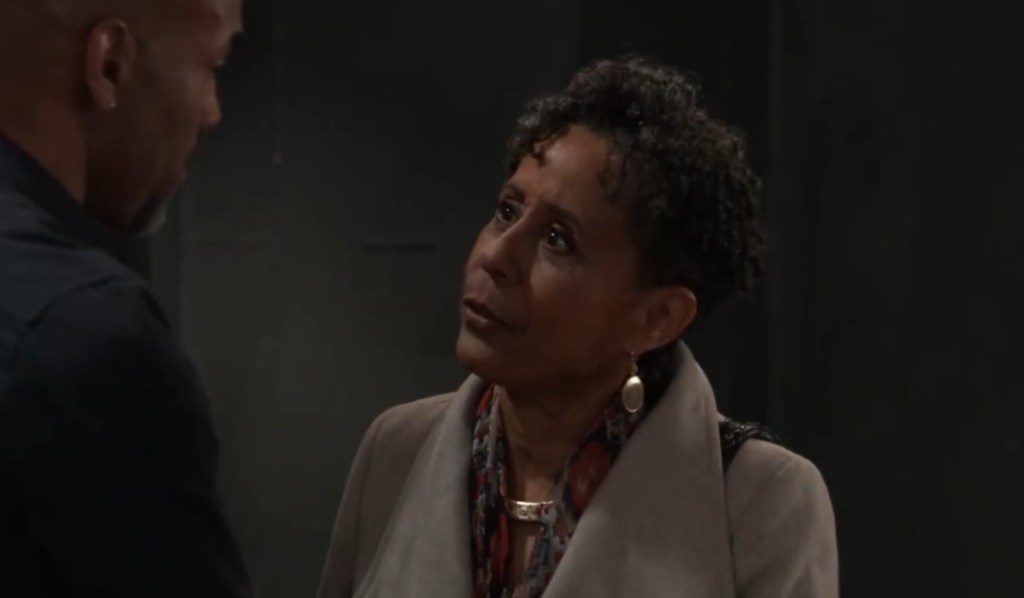 Brook Lynn joins Ned at Perks and they talk about her new job. They discuss Mike and how rough things have gotten for him. Listening to him talk about family really struck a chord with her. She admits she doesn’t know how to use “one of those word-processing things” but Ned assures her she can handle the learning curve. She doesn’t even know who she is when she can’t be a singer. He’s sure she won’t lose her identity. They agree to have karaoke night tomorrow.

Sasha goes home. She and Michael talk about whether or not they dismissed the marriage idea too quickly.

Michael and Sasha have an intense conversation.

Brook Lynn has a confrontation with Julian.

Neil Is Allowed to Keep His License...

Jordan Is Forced to Work for Cyrus...