Obrecht is Arrested for Murder and Attempted Murder

Friday March 6, 2020: On General Hospital today, Alexis has an unplanned date with Neil, Robert joins Finn for a tea party, and Cam and Trina discuss their trauma. 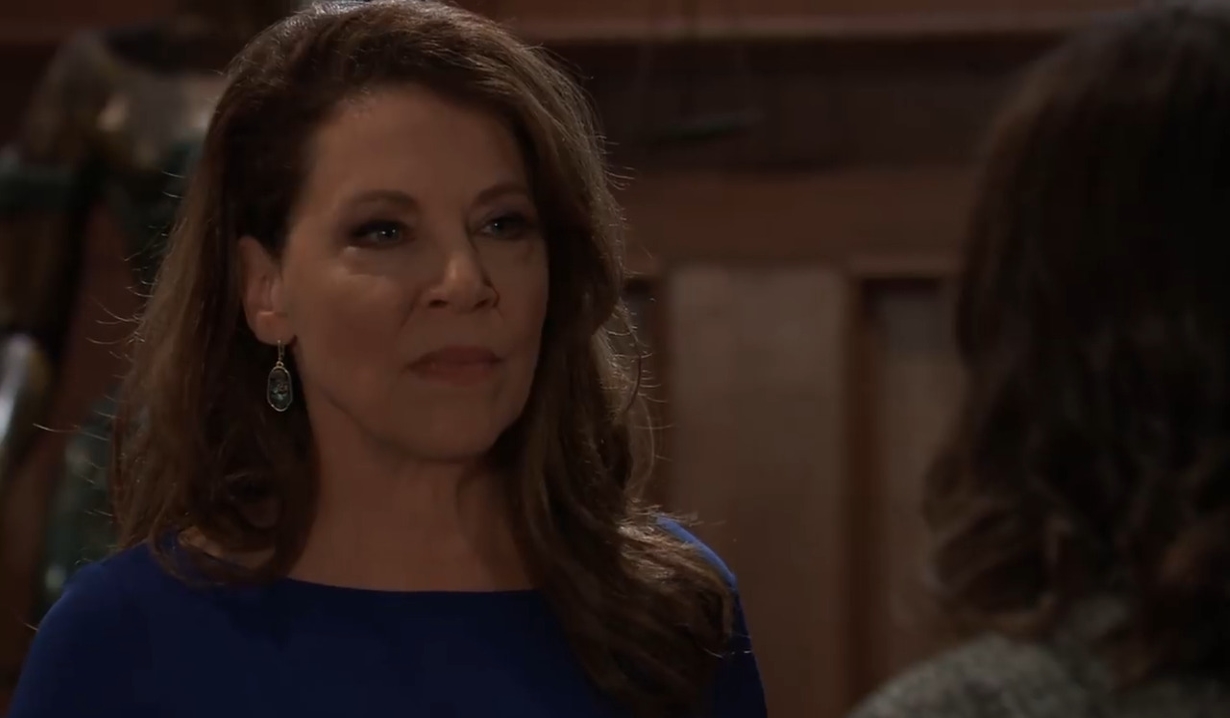 Alexis is at the opera in New York City. When she gets to her box, she’s surprised to see Neil there. He offers to leave but she asks him to stay. As they watch the opera, she stares at him. He smiles at her. She keeps staring and cries in time for the intermission. They discuss the plot and she tells him about being a Cassadine and liking blood. He’s terrified and leaves for water. The usher tells her she and her husband and adorable. After the performance is over, Neil asks her to get a coffee. She thinks that’s risky. He says they can handle it. 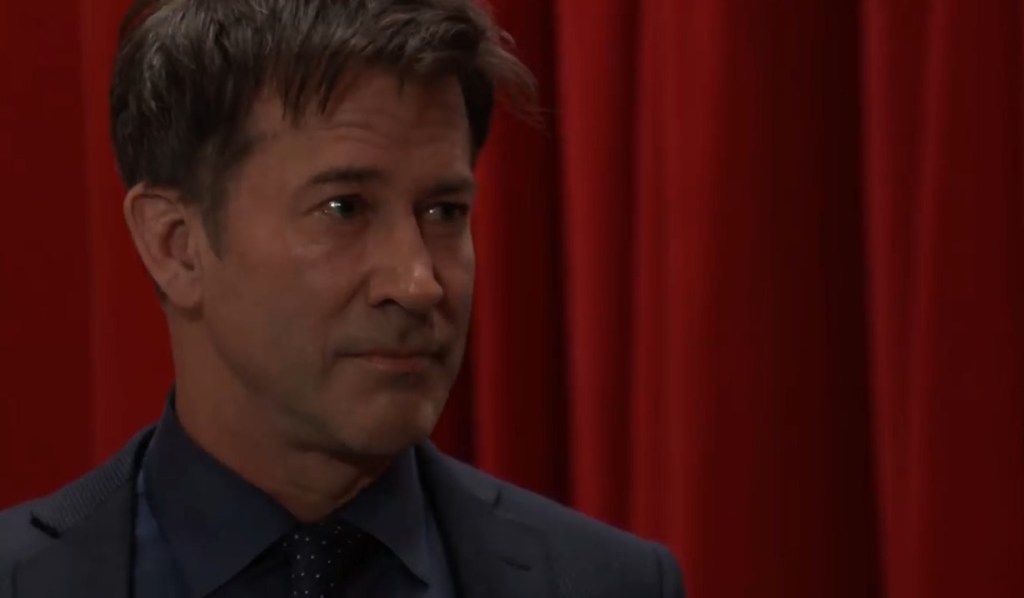 In Jordan’s office, Molly informs her that TJ didn’t come home last night and hasn’t shown up at work. Molly’s afraid she broke his heart and tells her about rejecting his proposal. They go through their text messages to sort out where he’s been. The cop suggests she give him some space. Molly makes it clear that she would be honored to have her as a mother-in-law but objects to marriage.

At the Webber house, Cam and Trina eat cookies. He tells her about oatmeal cookies and then they discuss their nightmares. He encourages her not to blame herself for what happened to her dad. She’s mad that she didn’t get more time with Taggert and her mom never talks about their past. Cam wishes he’d known his father. He’s glad she had a father as long as she did. In the other room, Portia thanks Liz for the help she’s been and wishes Marcus had told her their daughter was in danger. She still can’t understand why he would lead trouble to her. Jordan arrives. Portia has heard a lot about her. She’s has already guessed that Cyrus had Marcus killed. After she, Jordan and Trina exit, the cop says some officers will be watching over them. Portia is sure Cyrus’ men have already done what they intended. 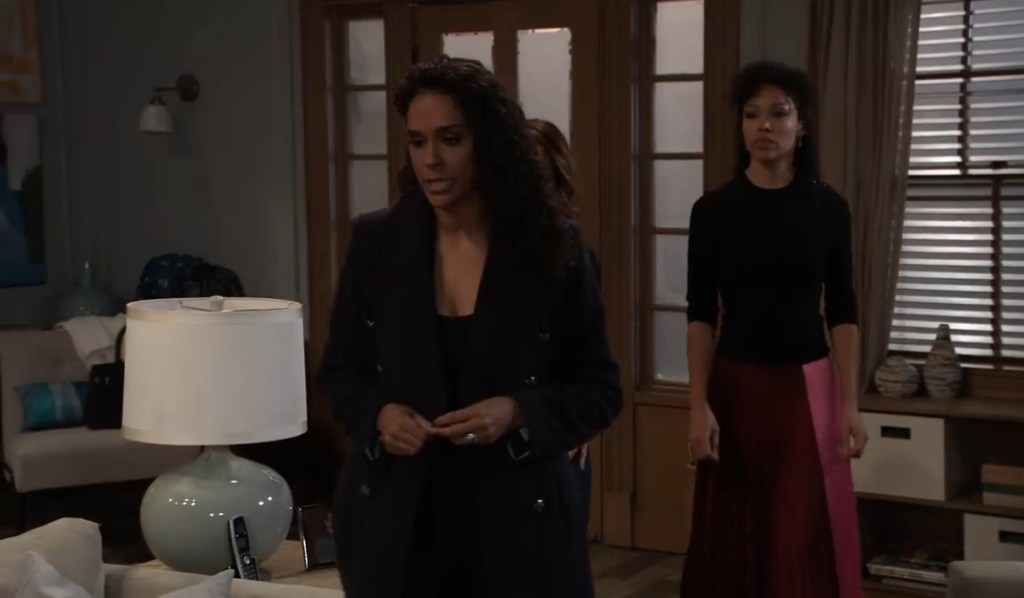 Maxie talks to Lucy on the phone at the Crimson office before Nina stumbles in. Jax pops up next. Maxie rolls her eyes and then escapes. Jax asks Nina if she wants to take him along on her next trip. He assures her that HR has signed off on their relationship so it’s okay for them to be public about it. They make out. He gets a text about Joss. He tells Nina about what’s been going on in his family. They make dinner arrangements. After he leaves, she sadly looks at her half-heart necklace. 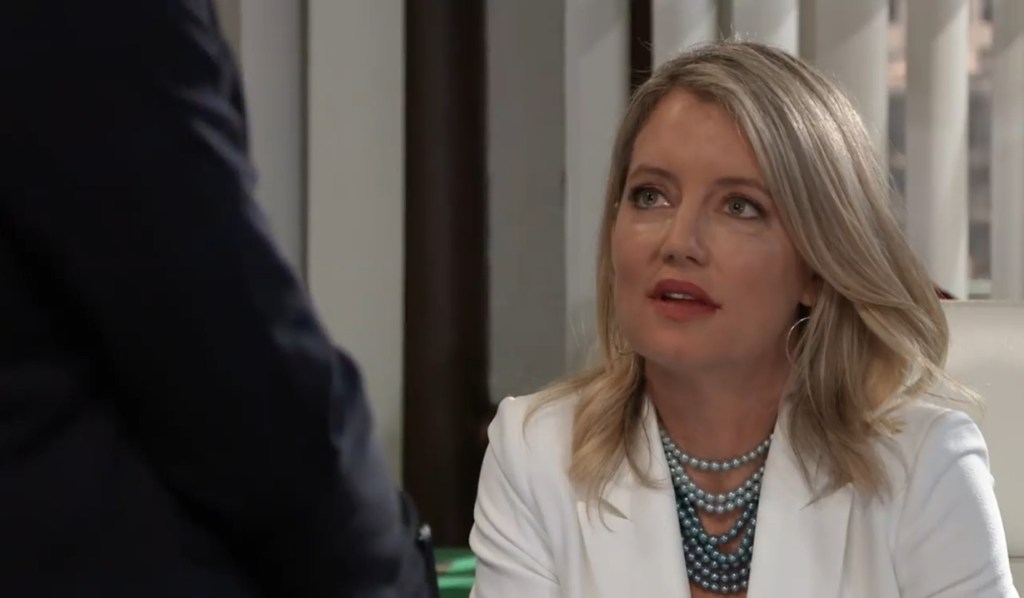 Anna corners Obrecht at the courthouse and tells her that her lies and deceit are over. She accuses her of carrying on Faison’s legacy. Obrecht doesn’t know where this righteous indignation is coming from. She insists that she’s fully reformed. Anna accuses her of framing Peter and trying to kill Franco. Liesl dismisses this as nonsense; the only person lying here is Anna to herself about Peter. Two agents arrive and Obrecht is arrested for murder and attempted murder.

Finn and Violet go to the Metro Court for some tea and scones. Peter stops by to say hello. As he heads out, Maxie appears and complains about being taken for granted at the office. They sit down for coffee. She rants about her boss jet-setting while she works. He gets a text about Liesl being arrested. That’s a shock to Maxie. How will she tell James this? She sobs into his chest and tells him how grateful she is to have him. Meanwhile, Violet and Finn continue their tea party and she shows him her pictures. Robert arrives and Violet asks him to join them. Finn sends his daughter to order more tea. Scorpio offers to listen to Finn’s problems with Anna. The doctor says he’s fine. Anna appears and announces that Obrecht has been arrested and was framing Peter. Scorpio gives Finn a look and then leaves to call the WSB. Anna tells Finn that Peter is in the clear and asks if he wants to come home. 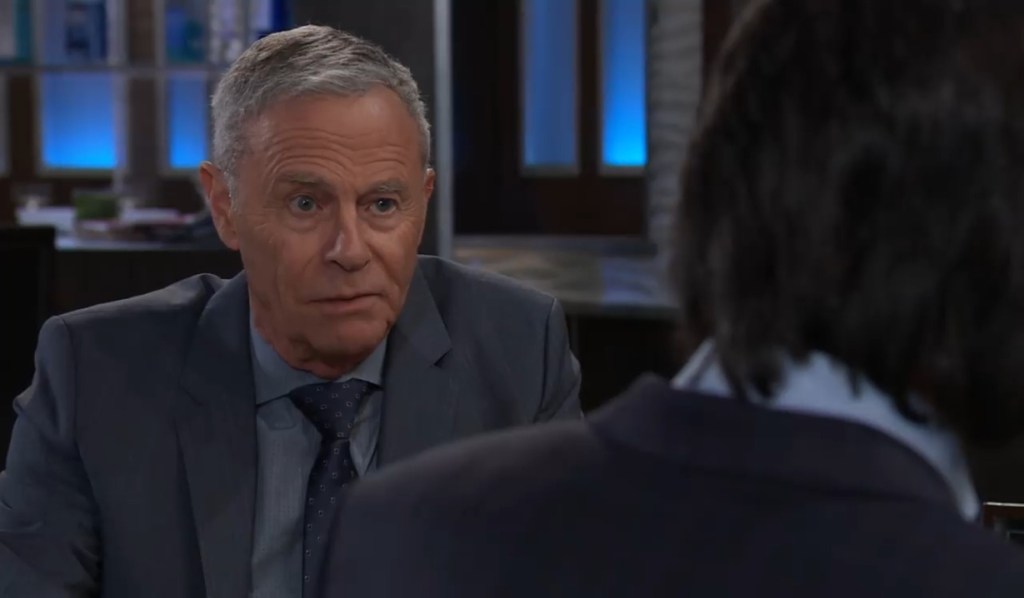 Alexis has a hard time resisting.

Maxie gets behind Peter.

Jason hides out at the Quartermaines.

Obrecht Makes a Deal With Nelle and...

Finn Apologizes to Peter for...