Thursday March 5, 2020: On General Hospital today, Peter's plan pans out for him, Portia makes something clear to Ava, Jordan is outraged by Curtis' ploy, and Spinelli finds some dirt for Sam. 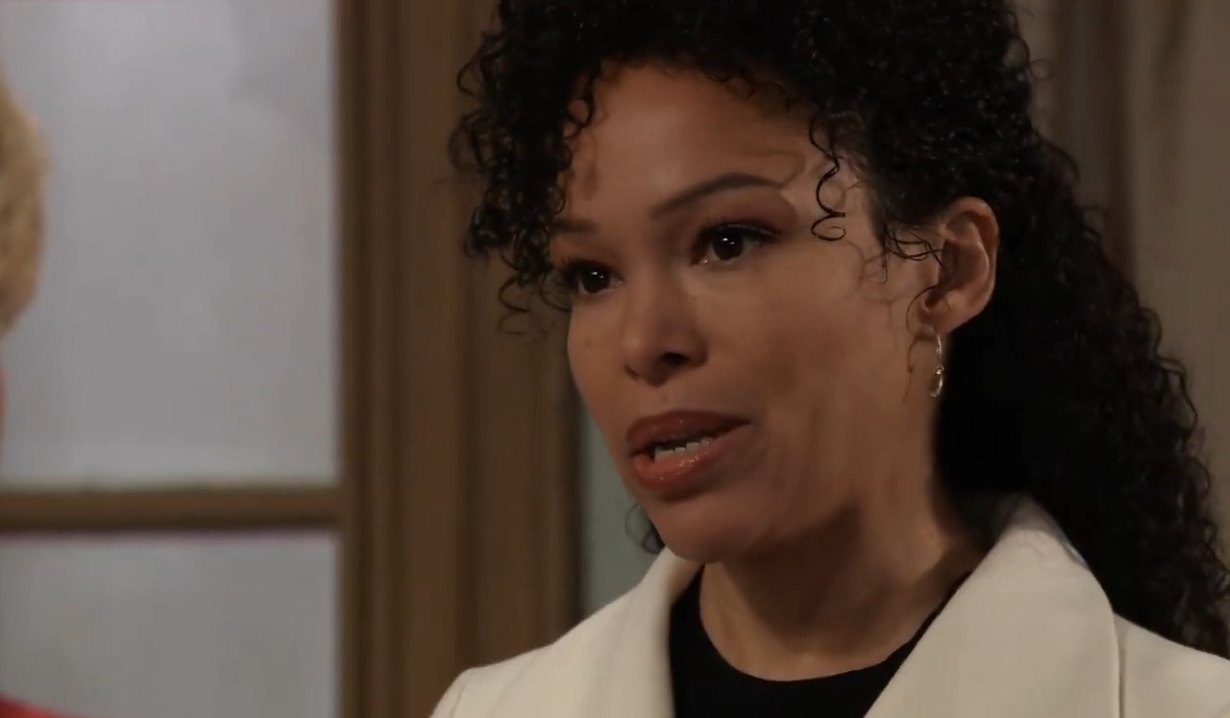 Cameron sleeps on the couch at home but twitches as he dreams of the kidnapping. Once he wakes up, Franco and Liz check on him. He worries about Trina. She appears. They hug. The adults go off to make sandwiches and the teens talk about the night it all happened. She feels like an idiot. Ava and Nikolas show up. Jerome pays her condolences to Trina and gives her a hug. Ava brought her cookies and tells her there is no timeline for grief. Portia arrives and promises her daughter everything will be okay. Portia sends her daughter off to pack. Ava offers any help needed. Portia curtly reminds her that Trina is her daughter. She makes it clear that she knows Ava’s history and doesn’t want her daughter to fill some void in her life. Distraught, Ava walks out. Nikolas shows no sign of caring, so Franco goes after her. Liz lectures Nikolas for acting like his uncle.

At Pozzulo’s, Sonny thanks Curtis and Jordan for reaching out to him. Curtis says they need to work together to take down Cyrus. Jordan disagrees. Her husband explains that she put Renault in prison. Curtis continues to make his pitch but the commissioner refuses to go along with this and walks out. Jason and Sonny admit they knew there was a connection between Jordan and Cyrus. Curtis explains that Jordan doesn’t want the DEA involved because she thinks they have a leak. Jason guesses Renault has dirt on her. After Curtis exits, Jason and Sonny debate what to do. Jason thinks they need to find out what Cyrus has. 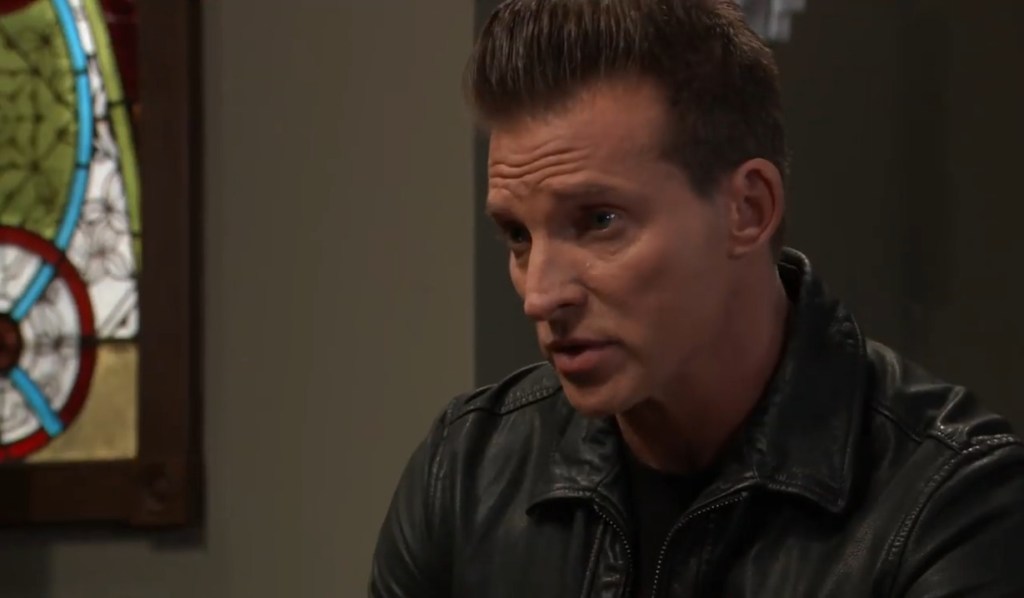 Spinelli hides behind some bushes in the park to spy on Anna and Peter. Obrecht startles him. He claims he’s just admiring the foliage. She knows he’s spying on Peter. Spinelli suggests they work together to make Peter pay for his wrongdoings. He fills her on Nelle being arrested for the baby swap. Across the yard, Anna tells Peter about an ongoing investigation of Faison’s operations where his name is coming up. She asks him about a front company that created fake visas. Anna tells him about the investigation. When she gets a text, she gasps and says that Obrecht must have been the one to orchestrate the attacks and help out with the memory transfer. She runs off. His eyes twinkle. He calls the company and thanks them for getting his information out before the authorities got to it. 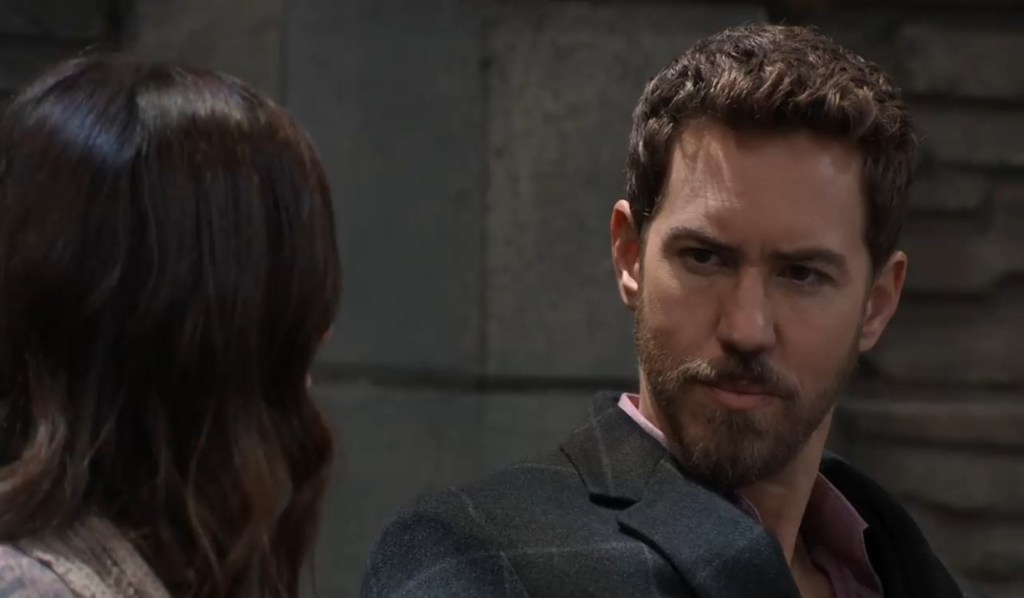 Sam is at the Metro Court with Molly. They discuss TJ’s proposal and how ugly things got. Sam can understand him feeling disappointed. Molly says he was gone all night and hasn’t come home. She wonders if she should corner him at work and then takes off. Spinelli mopes in. He admits his spying failed but he has hacked into her parole officer’s private records. She has a burner phone. Meanwhile, Franco follows Ava in. She wants to be alone to hate herself. He tries to reassure her. Ava admits that Portia isn’t wrong about her. Trina reminds her of the potential Kiki had. 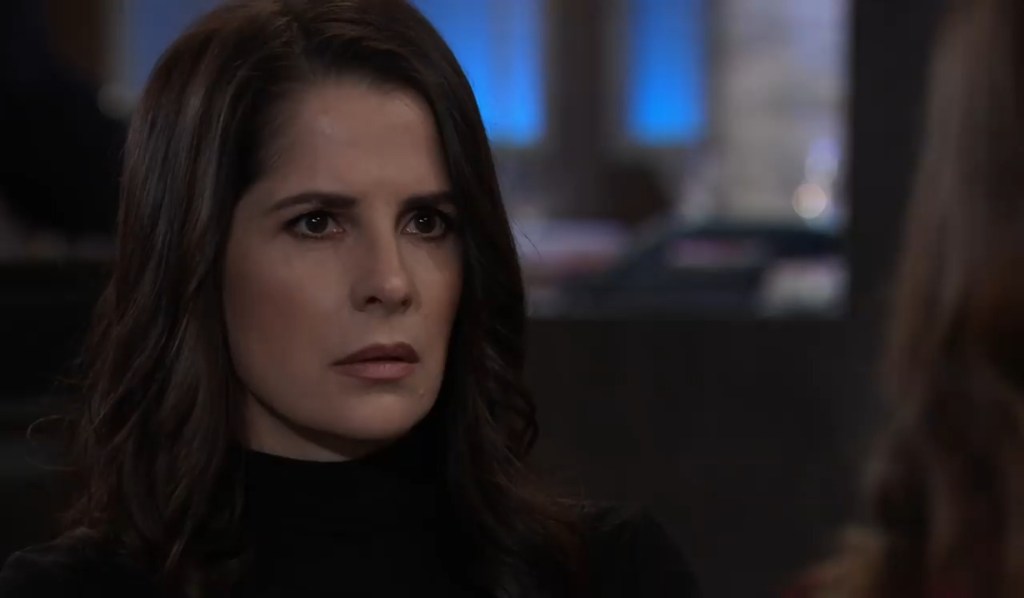 More: Soap alums in Fame at a Deadly Cost

At the courthouse, Nelle makes it clear to Carly and Michael that she is suing for full custody. She claims Brad kidnapped their son and Michael is part of the mafia. Willow reminds her that she’s a convicted killer. Nelle points out Michael is a felon too. Carly defends her son and says bludgeoning Carla was just a mistake. Nelle claims her crimes were the result of her hormonal imbalance. Willow declares she’s happy to tell the court how unstable Nelle is and storms out. Carly tells Nelle the judge will see she’s trash. If she wants to go to war with the family, they are ready. When Carly walks out, she bumps into Obrecht on the way. Left alone, Obrecht tells Nelle they have unfinished business. If Nelle implicates her in her crimes, she’ll turn her in for kidnapping. Nelle reassures her and tells her she’ll put all the blame on Brad. Before Obrecht can leave the building, Anna pops up and says, “You thought you got away with it but you thought wrong!” 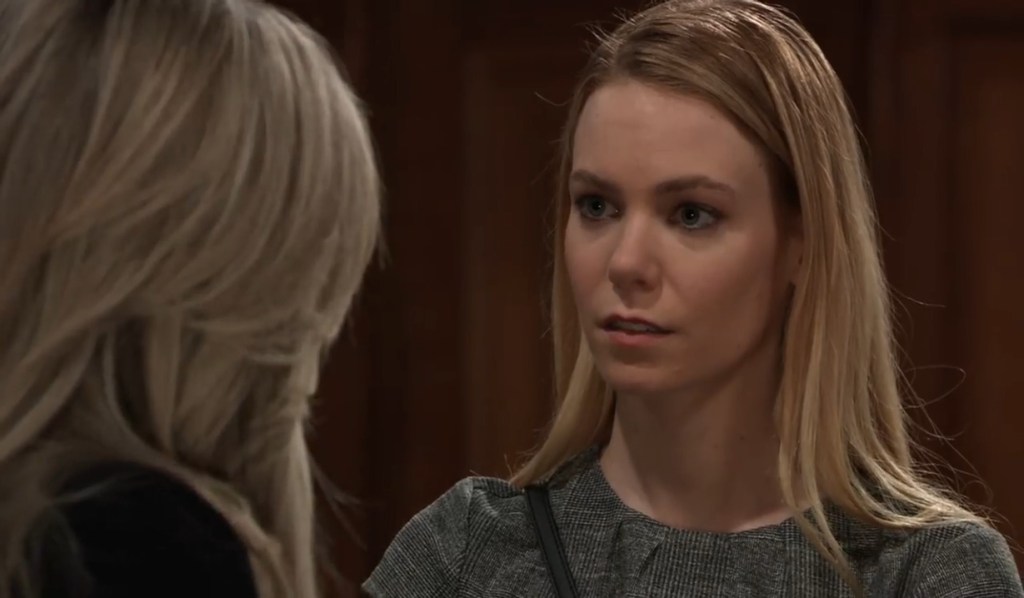 Michael tracks Willow down outside the courthouse. They tell each other they are incredible. He urges her not to let Nelle manipulate her. He’s determined to do whatever it takes to get Nelle out of Wiley’s life.

Curtis follows Jordan back to her office. She’s not happy to see him and reminds him that Sonny is a criminal. He admits he’s terrified for her. Jordan makes it clear that she will never work with Sonny. He storms out. Molly shows up and announces she can’t find TJ. 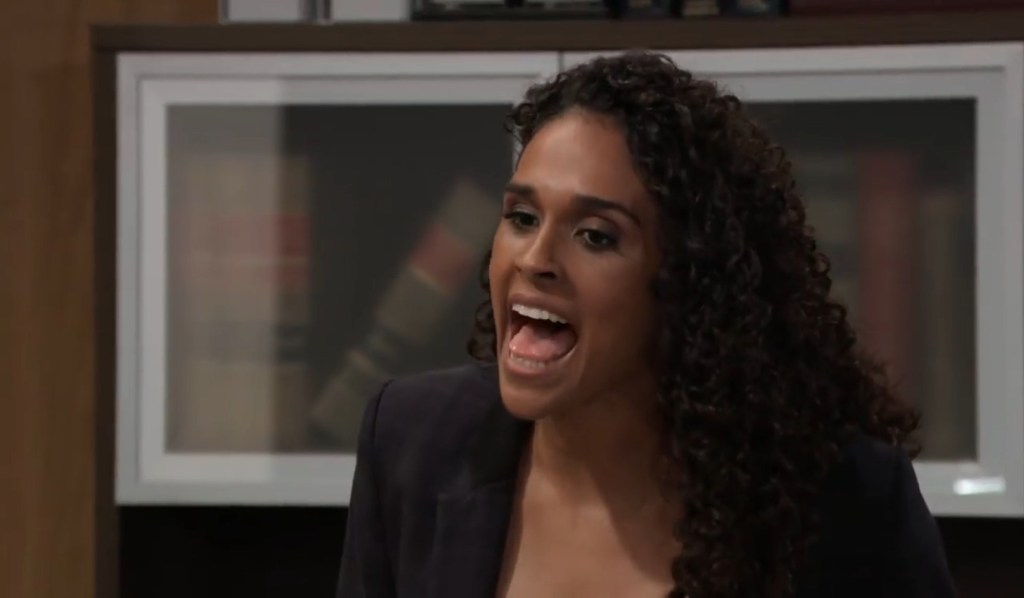 Alexis has an encounter with Nelle.

Obrecht faces off with Anna.

At Nelle's Arraignment the Charges...

Obrecht is Arrested for Murder and...