At Nelle’s Arraignment the Charges Against Her Are Dropped, She’s Freed and Decides to Sue Michael 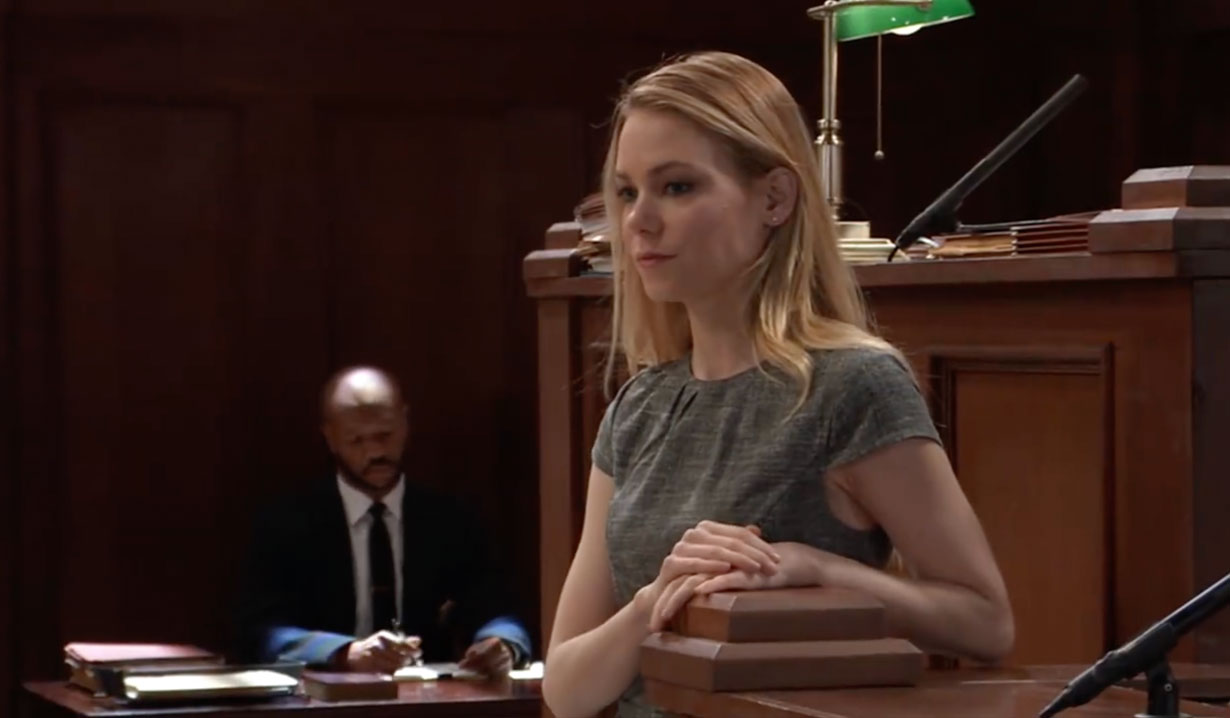 In Court, Carly finds Nelle practicing her testimony and tells her she’ll be back in Pentonville very soon. Willow’s lawyer, Zara Amir, asks Carly to stop antagonizing her client. Carly points out one day Wiley will read about all that Nelle has done, and if she admits to everything she’s done today and begs for mercy, at least Wiley will know she is sorry. 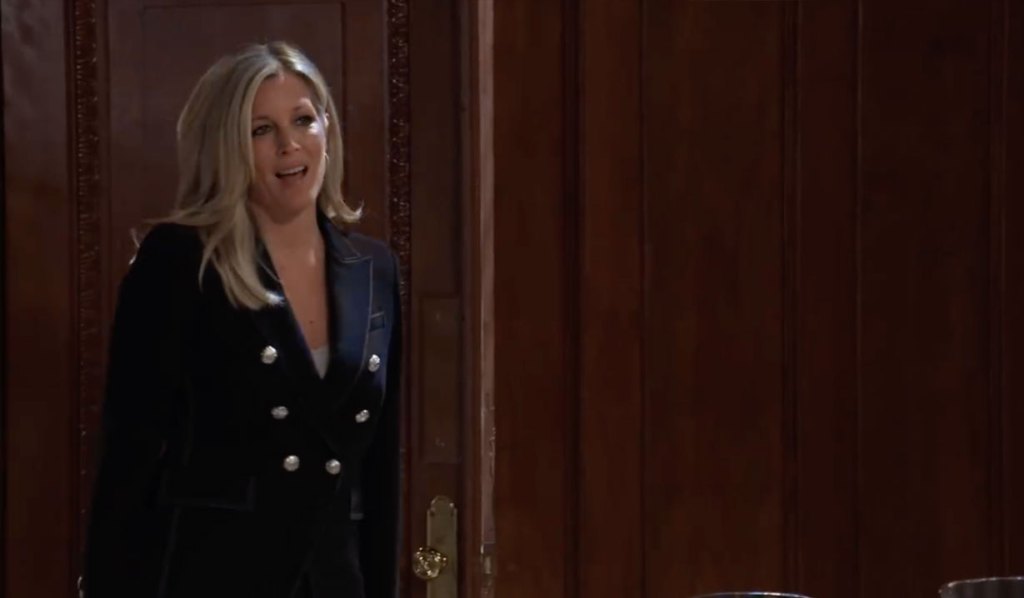 At the Quartermaine mansion, Michael tells Sasha about taking a month off work to be a full-time dad. He wishes Willow would remain in Willey’s life. He gets a message about Nelle’s arraignment and has to go. She offers to tag along for support, but he tells her it’s not necessary.

In the park, a little boy drops his hot chocolate and Willow checks on him. The boy’s dad quickly swoops in takes him to get another. Chase arrives and the teary-eyed Willow tells him of Michael’s offer to remain in Wiley’s life, and she is considering it. A concerned Chase suggests she take time before making a decision.

At the Metro Court, Olivia asks Valentin, who is sitting at the bar, if he’s stalking Nina. He claims he’s just people watching. Olivia reminds him she’s co-owner of the hotel and tells him to hit the road. At a table, Linc offers Brook Lynn her freedom for signing over her shares of ELQ. She wonders why he wants her shares and if he even knows what ELQ does. Oliva stops over to make sure there isn’t a problem. Linc tells her there isn’t and departs. Brook Lynn reveals Linc made an offer to get out of her contract, and it will cost her dignity. Olivia laughs and tells her to eat some crow and chow down. Brook Lynn fears her family will never look at her the same again. Olivia advises her to do what is best for her if she can live with the consequences. 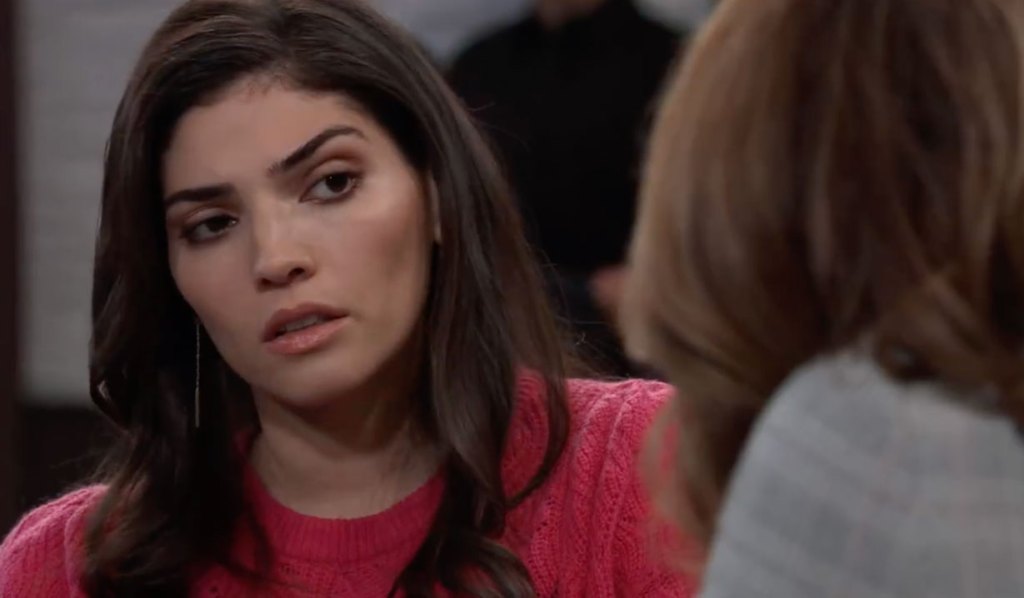 Mac brings in some shots of booze into Jordan’s office. They toast to Taggert. Mac has a lead, and it’s her husband who was at the crime scene. He suggests she let him know he needs to speak to him.

On the docks, Curtis meets with Sonny and Jason. Sonny and Jason are curious as to what Cyrus’ beef with Jordan and Taggert is. Curtis says nothing and departs. Later, Mac runs into them on his way to see Taggert’s family. Mac asks if Taggert said anything that he can pass to Trina to give her peace. Jason relays that she was the only thing he cared about. Mac thanks him and passes a message to Sonny. Laura is coming down hard on businesses like his so they’ll be getting a visit from the health department. He tells him to consider this a favor in case he needs something regarding Renault from him in the future. 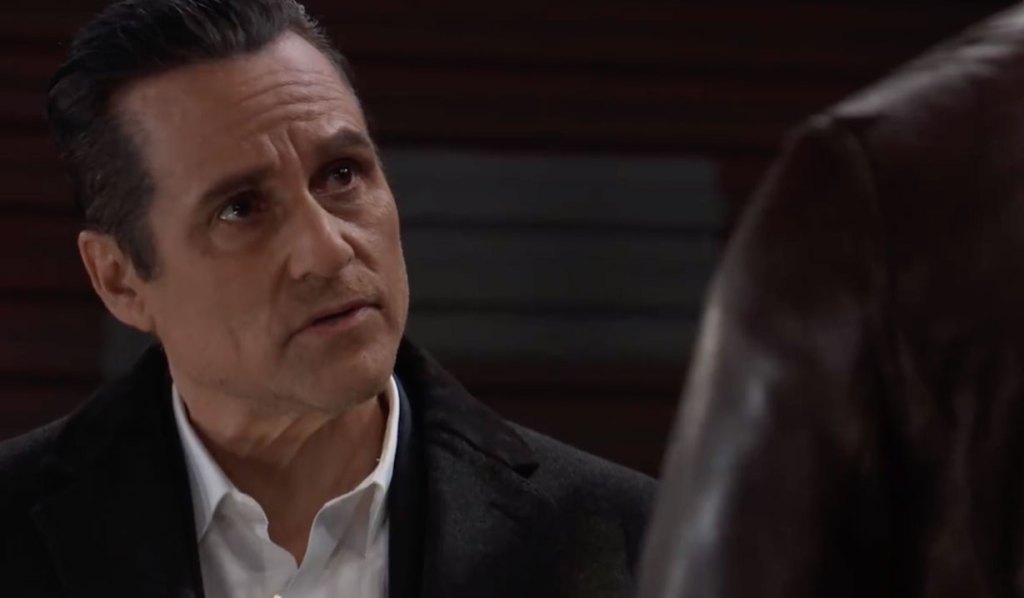 Willow arrives in court for Nelle’s hearing, followed by Michael. The judge enters and the court is called into session. Valentin sneaks into the back of the courtroom. Nelle pleads not guilty, and Zara demands all charges be dismissed because they are based on Willow’s accusations which are riddled with inconsistencies. The charge against the assault on Willow is dropped for lack of proof. When asked for the forged IDs and travel documents, Robert has to admit the PCPD has misplaced the evidence. Without evidence, the charges are dismissed and Nelle is freed. A fuming Carly questions Robert and the assistant DA about charging Nelle in the baby switch, but they admit they have no evidence there either. Later, Zara warns Nelle the charges can be refiled if the evidence turns up, so don’t leave town. Nelle then serves Michael an envelope and announces is filing for sole custody of Wiley.

Back at the Quartermaine mansion, Chase stops by looking for Michael. Sasha tells him that he went to the arraignment. Chase fills Sasha in that Michael is messing with Willow’s head and he needs to stop to let her grieve and heal. Sasha admits she doesn’t think Michael is thinking clearly right now, and they should keep each other informed on what Michael and Willow are thinking. Chase doesn’t like going behind Willow’s back but agrees. 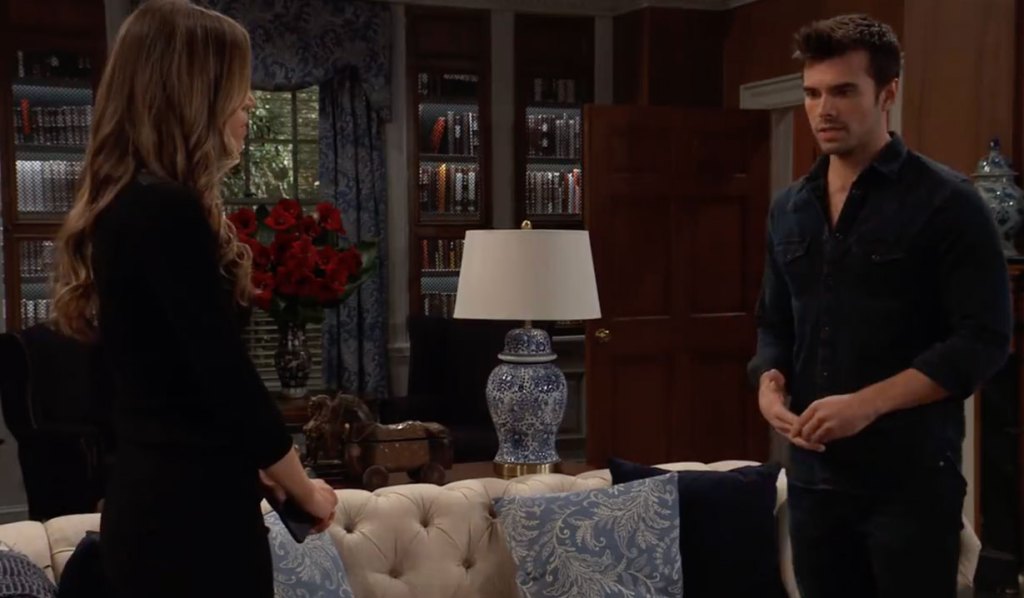 Curtis stops by Jordan’s office. She warns him that Mac is going to ask him questions about what happened. She tells him to tell Mac everything because she’s resigning and turning herself in. Curtis tells her this won’t save anyone’s lives, and Renault will eventually get out and she’ll be powerless to stop him. She has no other ideas on how to stop Cyrus, but Curtis does. Sonny and Jason arrive later and Curtis feels they all need to work together to take down Cyrus. 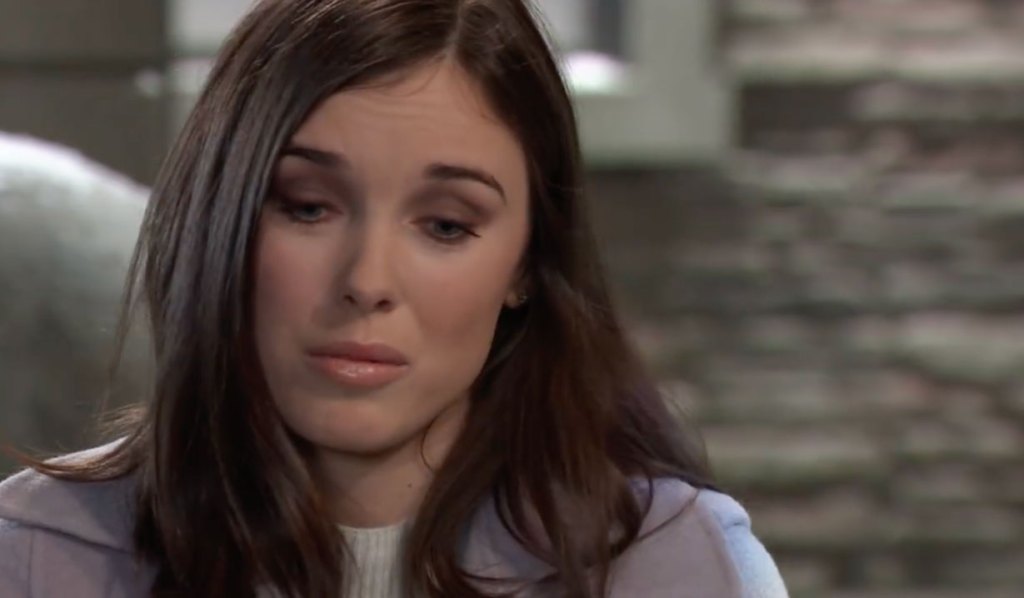 Brook Kerr debuts and tells Ava that Trina is her daughter, not Ava’s.

After Secretly Meeting With...

Obrecht Makes a Deal With Nelle and...

Sarah Michelle Gellar, 44, Rocks A Swimsuit To ‘Relax’ In The Pool On ‘Me Time’ Getaway