After Secretly Meeting With Valentin, Linc Offers Brook Lynn Her Freedom For Her ELQ Shares 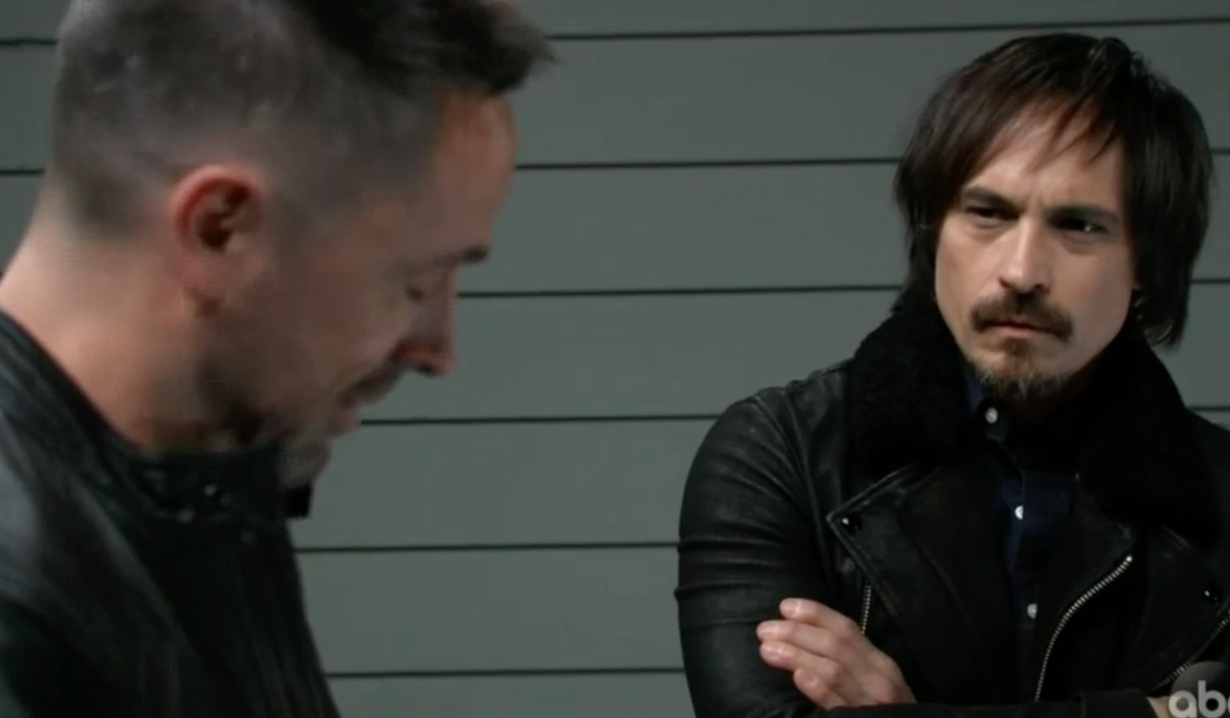 Anna finds Finn helping Violet with her ice skates in the park. Violet asks Anna to stay and sends her dad off for snacks so they can talk. When he steps away, Violet tells Anna she’s missed her. Finn returns just before Violet’s skating instructor leads her away. As Anna and Finn wince watching Violet fall on the ice, they discuss their relationship. He’d love to pick up where they left off but he has Violet to look out for now. He can’t take the same risk on Peter as she can. Violet returns and she wants to go back to Anna’s, but after Finn says they’re going home, she asks if they can do this again. 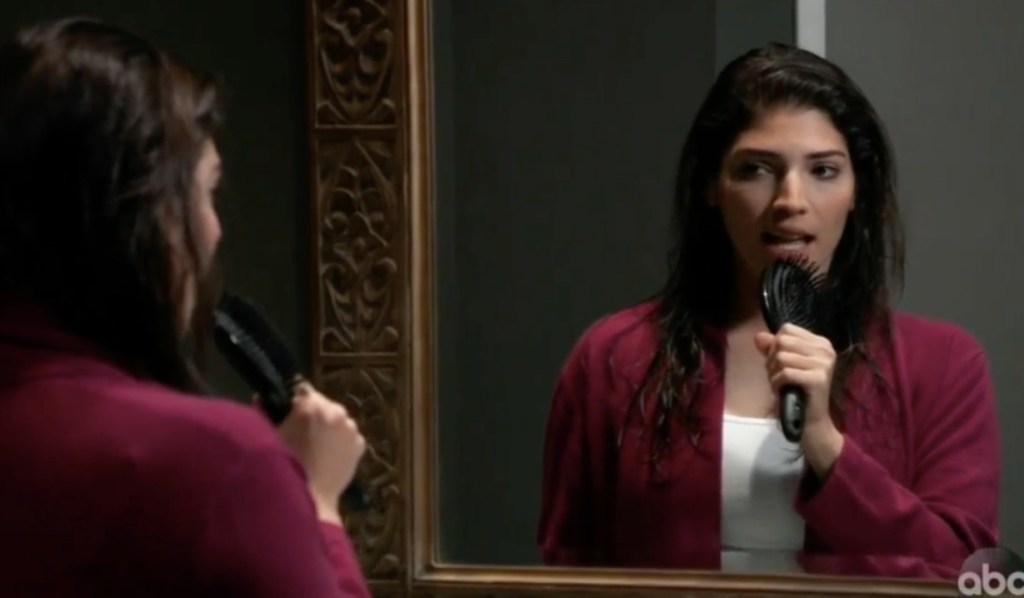 At the mansion, Brook Lynn vocalizes in the bathroom mirror as Ned makes a demanding phone call in the foyer to someone about Quartermaine finances. When Brook Lynn joins the family in the main room, Ned asks her about joining ELQ. She declines the offer. She’s a creative person working on her career. Ned reminds her of the contract she signed with Linc, but Brook Lynn assures Ned he’s being handled. Ned orders her to stop whatever she’s concocted because he won’t clean up her latest mess. Olivia diffuses the situation by telling Ned Leo is waiting for him in his playhouse. The marrieds leave as Brook Lynn and Michael talk about Wiley and how much Lucas has lost. Brook Lynn takes off as Ned and Olivia return. Michael asks Ned to take over for him as CEO during his a leave of absence to take care of Wiley. Ned agrees and after Michael has left, calls for an ELQ meeting about the change in leadership. When he hangs up, Olivia calls him out on his true intentions. Ned confirms he will make his temporary CEO position permanent. Diane later stops by to talk with Michael who wants to change Wiley’s last name. He asks for her opinion on which name – Quartermaine or Corinthos – to use. She suggests a hyphenate of the two. Diane warns Nelle might have something to say about it though. 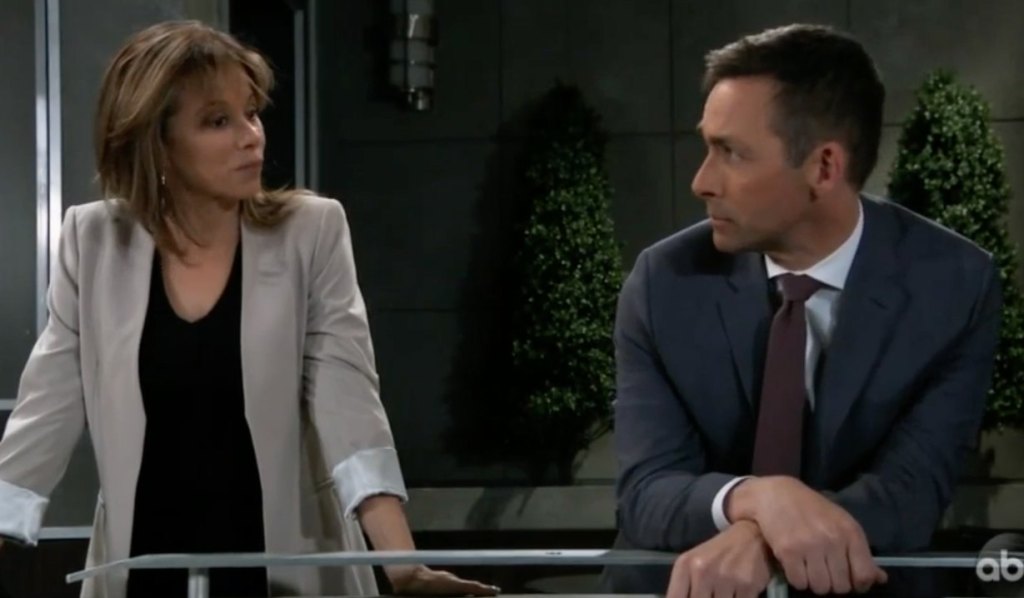 Alexis finds Valentin on the Metro Court terrace. He thanks her for checking on him the last time they were there – when he just found out he wasn’t a Cassadine. He declares he’s in a much better place since then. Alexis thinks he’s better off without the Cassadine name, but Valentin won’t give that up. He’s earned it. He notes the two of them are a lot alike before leaving. Inside, Maxie and Peter sit at a table. She didn’t invite Spinelli because she knows he has too many questions about Peter’s past. Peter defends Spinelli who isn’t the only one with questions about him. He tells her about Finn, Robert and Jason’s suspicions. But he only cares about what she thinks. Maxie believes in him and says no one can come between them. Obrecht arrives fresh from her trip from Switzerland. She says she found peace of mind and learned her loneliness is self-inflicted. She’s not unlovable; she just hasn’t forgiven herself for Nathan’s death. She apologizes to Peter. Her anger at him was misguided. She was really angry at herself for not leaving Faison earlier. Maxie steps away to take a call, as Peter presses Obrecht to elaborate. She goes on about all the lines she crossed to be worthy of Cesar. Like Peter, Obrecht has a past she’s trying to live down. There was a time she would have used his past to her advantage, but she’s not that person anymore. She sweetly smiles as she offers to listen if he ever feels the need to unburden himself. 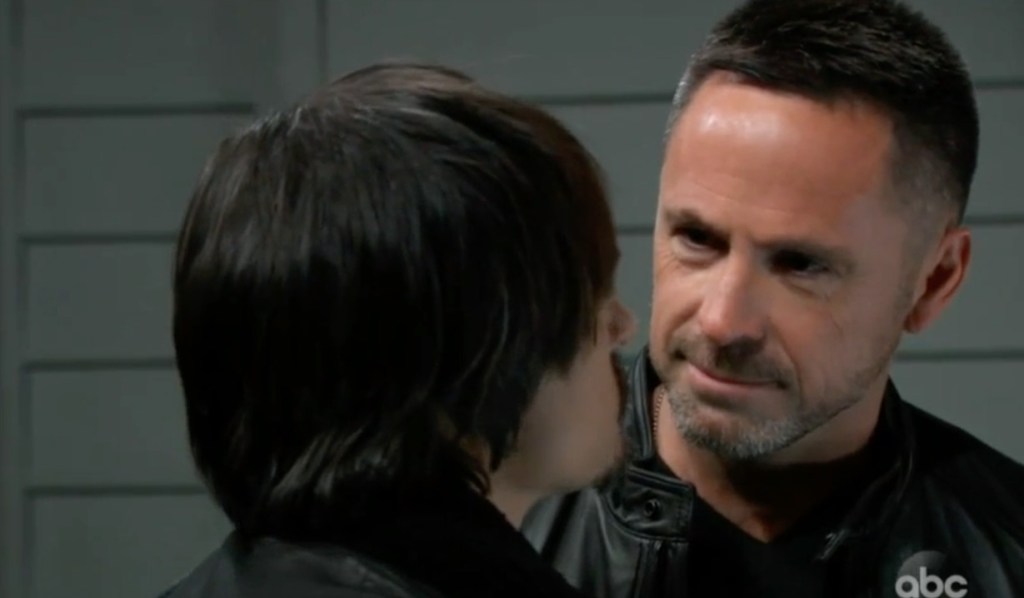 Julian meets Linc on the docks. He grabs him and holds him near the water, ordering Linc to release Brook Lynn from her contract. Valentin walks up. Julian makes sure Linc received the message before leaving. Alone, Linc lashes out at Valentin because no one told him their arrangement could cost him his life. Valentin knows Julian won’t get his hands dirty for Brook Lynn Quartermaine. Besides, if she’s willing to go to Julian, that means she’s ready to make a deal.

Julian finds Brook Lynn at Metro Court. He tells her what went down on the docks. From here on out she’s on her own. Brook threatens to out him to Lucas again, but Julian thinks she’s bluffing. Brook says, “Try me.” Julian counters that she doesn’t have any hard proof. She threatens to go to Sonny, but Julian knows she doesn’t want his blood on her hands. Brook Lynn later meets with Linc. He tells her she can have her freedom if she signs over her shares of ELQ.

Jordan wants to turn herself in.

Olivia asks Brook Lynn if there’s an offer on the table.

Sonny, Jason, and Curtis have to find a solution.

Taggert Is Stable After Being Shot...

At Nelle's Arraignment the Charges...