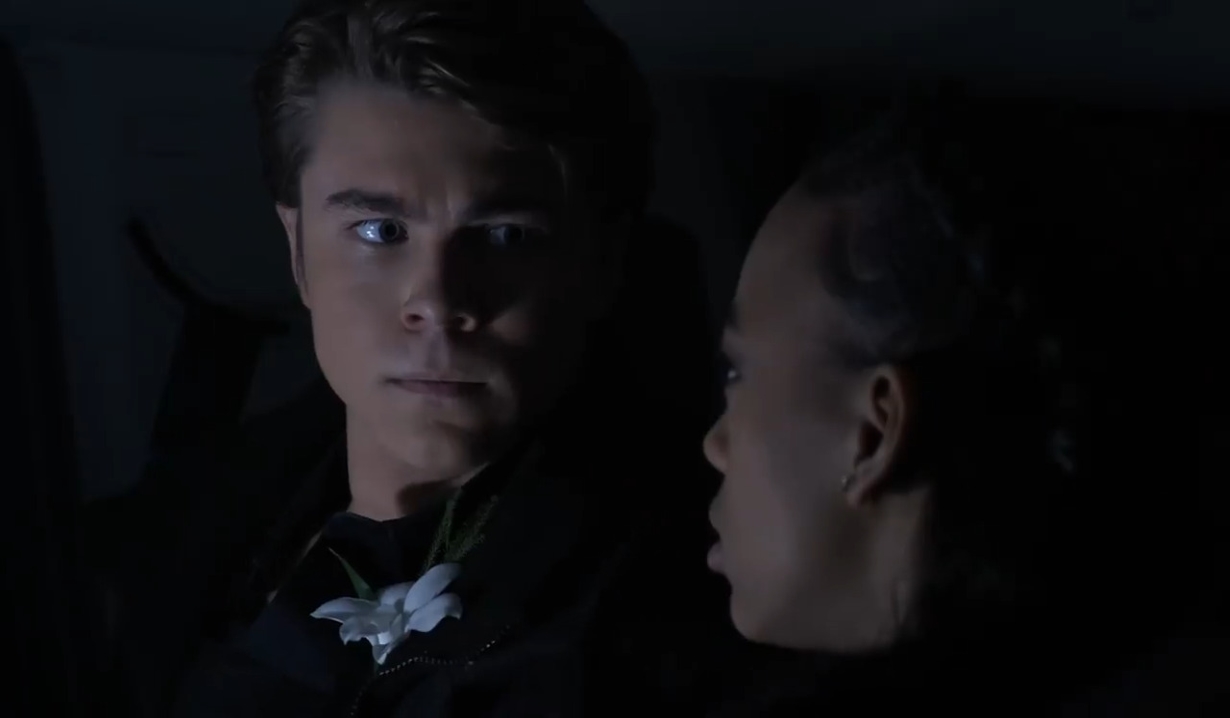 Cam and Trina are in the back of a ride-share car snapping pictures of themselves. The driver announces he’s taking a shortcut and then photographs them. After a few minutes, the teens start to wonder why the trip is taking so long. The driver claims he’s giving them some alone time for the first date. Eventually, they realize something is up and the driver takes an abrupt turn. When Cam threatens to call customer service, the driver stops, points a gun at them, and then throws their phones out the window.

Alexis runs into Molly at the Metro Court and they catch up. Molly complains about her friend’s wedding plans. 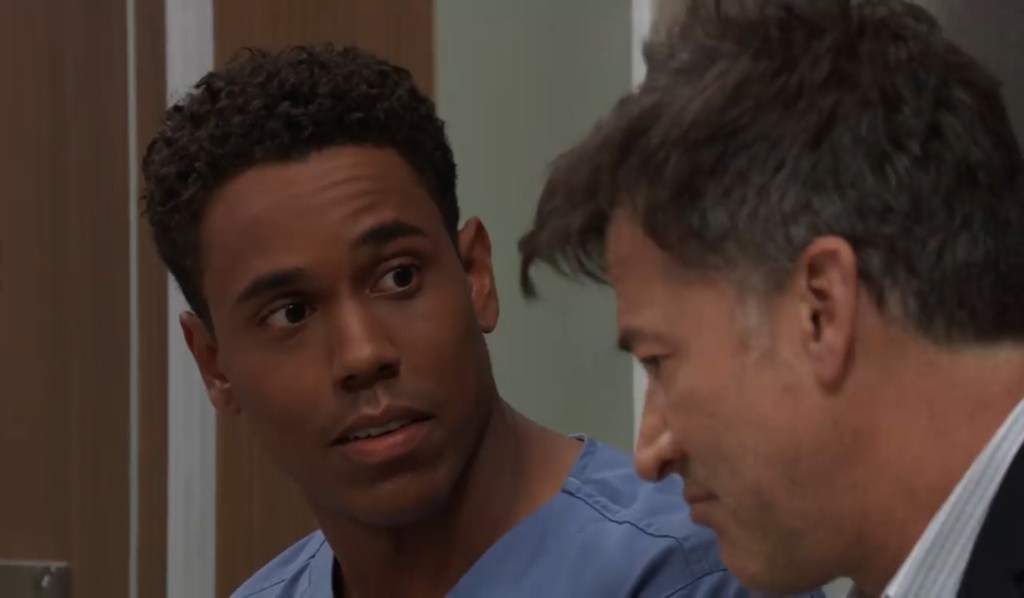 At General Hospital, TJ stares at the ring he got for Molly until Neil interrupts. The shrink asks if he’s proposed yet. TJ was planning to do that tonight. Neil is encouraging and tells him to cherish what he has. After TJ takes off, Neil bumps into Alexis by the elevator. They discuss his upcoming hearing and how hard it is for them to stay apart. He says he always buried himself in work until he met her. They talk about their kiss and then change the topic to Molly and TJ.

When he arrives at the Metro Court, TJ hands his ring to a waitress to hide in the dessert and then joins Molly. She instantly starts complaining about the bridal industry. As they sit at a table, she continues ranting about weddings. He goes looking for the waitress but he’s too late. She delivers the ring to Molly’s table. Molly’s jaw drops. He tells her it was his mom’s ring and says he’s sure they can make a marriage work and he will treat her as an equal. She’s overwhelmed and hiccups. She thinks he’s been very brave but doesn’t want to marry him. 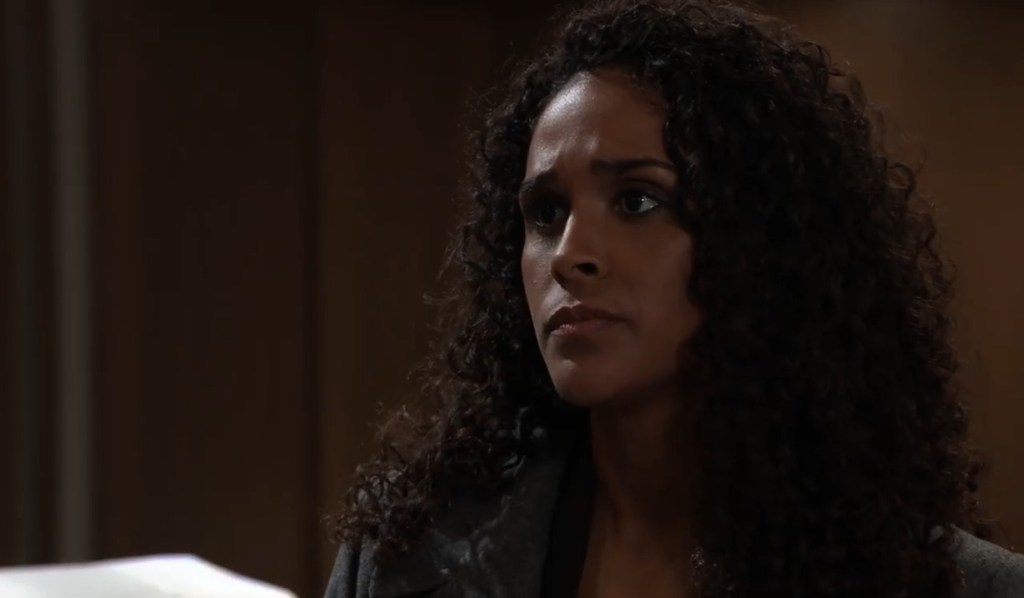 In Jordan’s office at the Port Charles Police Department, she’s annoyed when Taggert suggests that they work with Sonny. She thinks that would be an ethical compromise. He refuses to explain what he and Corinthos discussed during their meeting unless she agrees to go in on it. After he hobbles out, Curtis tells his wife that Taggert is right and they should work with Sonny. She points out that the mobster just blew up a building.

Franco and Liz are alone at their place. He gives her a note that sets off a scavenger hunt. Soon, she is racing around the kitchen, following clues. Eventually, she discovers a bunch of art supplies under the couch. He thinks she should have more art in her life. They make out and are heading for their room when Taggert interrupts. She and Marcus discuss their kids while Franco looks bored. Taggert is texted a picture of Cam and Trina in the car by the kidnapper and instantly runs out. Franco and Liz go off and have sex. Afterward, she notices a message from Cam saying he’s been kidnapped.

At Pozzulo’s, Jason and Sonny debate what to do about Cyrus. They worry he might go after Laura. Jason suggests they get someone in Pentonville to make sure Cyrus has an ‘accident’. Sonny suggests they work with Taggert, but he’s sure the DEA agent won’t look the other way if they take Cyrus out. Jordan and Curtis arrive, but he stays in the restaurant while she goes to the office. He asks Sonny about his meeting with Marcus and warns them that Cyrus has an eye on his family. Sonny strolls out and Curtis gets a call from Marcus, informing him that Trina has been kidnapped by one of Cyrus’ men. He asks for his help. Meanwhile, Liz calls Jason and tells him that Cam has been kidnapped. She sends him a picture of the driver and Stone Cold instantly recognizes him. 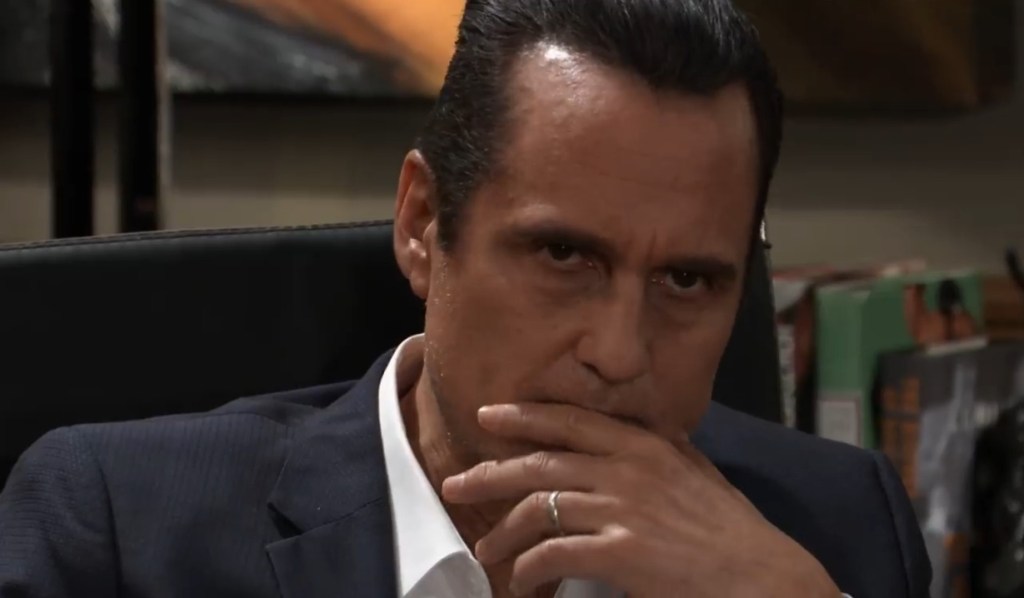 At the Corinthos compound, Carly finds a bullet that’s spilled out of Dev’s bag and starts yelling for him. As she races around the house, Joss arrives with Brando and Dev. Carly asks about the bullet and Dev insists it’s not his. She and Brando assume the bullet is a threat. Soon, Sonny arrives. Brando thinks it would be a mistake for Dev to leave Port Charles now. It would be too dangerous. 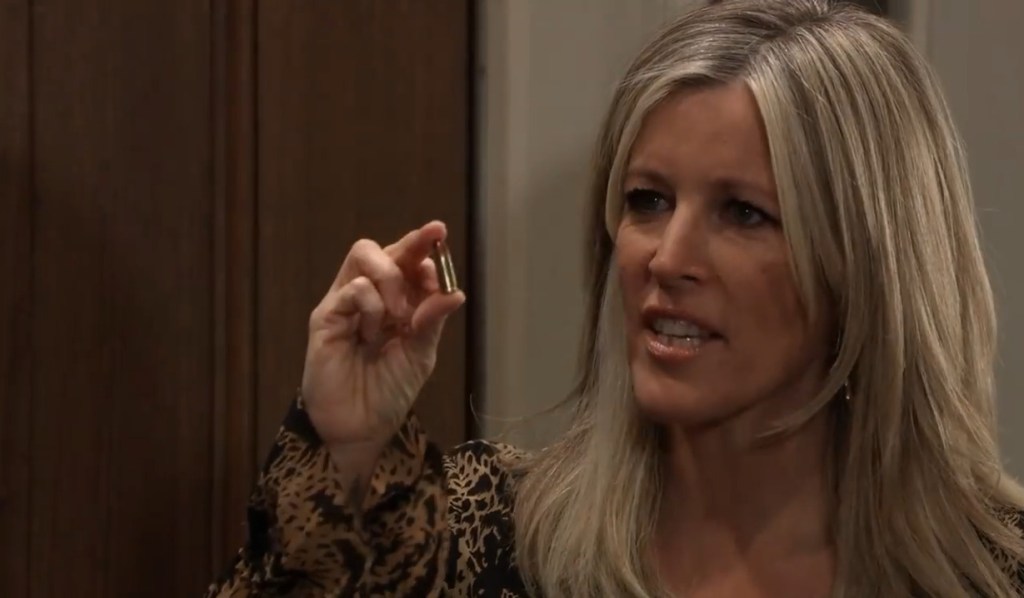 Taggert goes to a warehouse on the docks while Curtis hides behind a fence with his gun drawn. The driver is inside with some thugs and the teens.

Sasha has to decide on her future.

Michael receives a shock from Willow. 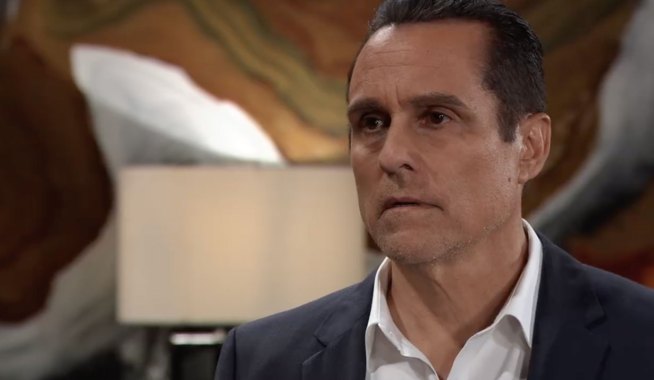 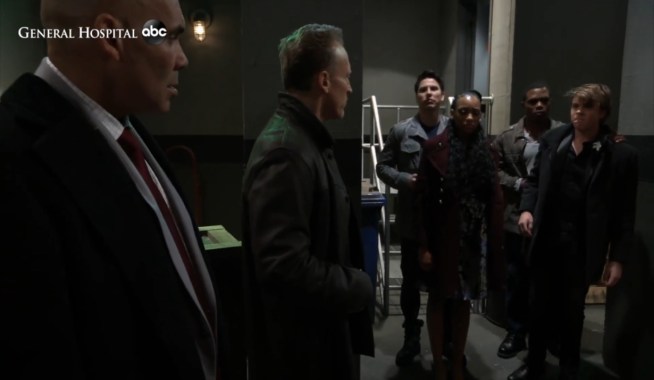