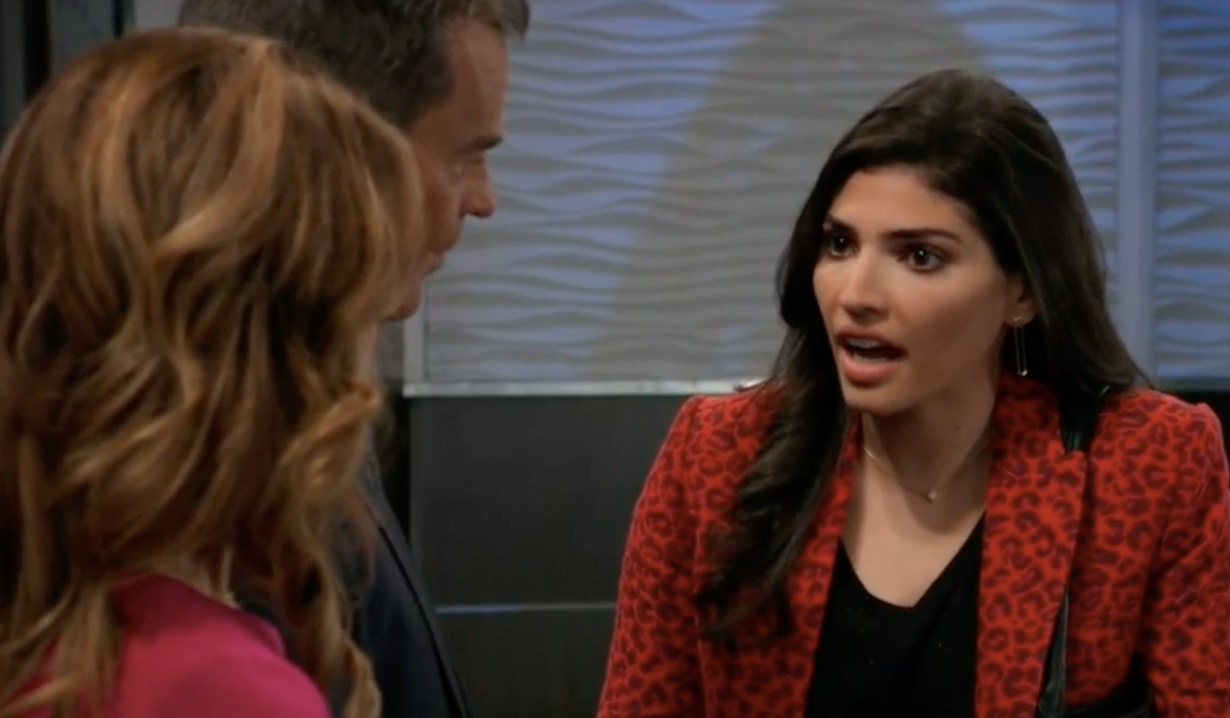 At the Metro Court restaurant, Olivia tells Ned Brook Lynn hasn’t shown up for her shift. Brook enters to say she booked a recording session and can’t work, but she does need her check. She explains she’ll just be recording for herself so Linc can’t get his hands on it. Dustin arrives and says he’d like to hear her recordings sometime. Brook Lynn gets a call learning her session was canceled so she can work, but Olivia fires her. Brook Lynn knows she’s not suited for hospitality and should be working on her music anyway. Ned reminds her she still needs to be able to pay her bills. He offers to get her a job at ELQ. If she doesn’t want that then she better get a job elsewhere because her free ride is over. As Dustin talks with Olivia about the school dance, he assures her he’s not trying to take Dante’s place in Lulu’s life, but she remains cold towards him. At a table, Sam catches Alexis up on Wiley. Julian joins them to ask Alexis for an attorney referral for Brad. Sam can’t believe the gall of her father. He believes Brad was in emotional distress so he didn’t steal Nelle’s baby as she claims. Alexis thinks both Nelle and Brad should be punished for what they did but agrees to have a list of lawyers sent to him. Julian thanks her and leaves. Sam wonders why he’s so concerned about Brad. Alexis doesn’t know but she relays she has to go to Neil’s hearing to tell the board they didn’t have a relationship. Sam wonders if they’ll be able to pursue a relationship without getting caught. Alexis won’t risk his career for that. It’s not her style. Sam says that’s her style and she who won’t let the parole board keep her away from Jason. Alexis doesn’t want her to do anything illegal, but Sam won’t ever give up on being with Jason. Brook Lynn joins Julian at the bar. She lobs accusations about his working with Brad keeping Wiley and rigging the car accident. He asks what she wants. She responds she needs a small favor. 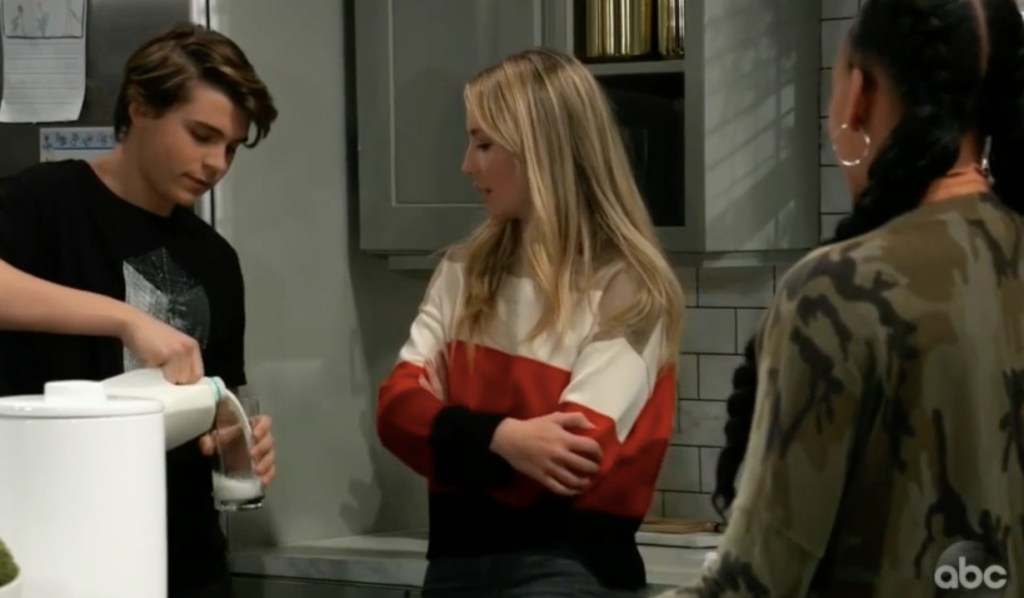 After Joss tells Cam and Trina about her new nephew, she leaves them alone in her kitchen. Trina reminds Cam they can’t let Joss skip the dance so they can get together. Cam worries Joss won’t return his feelings. When Joss comes back, she reiterates she’s not up for the dance. She’d rather hang out with Wiley and do some journaling. As Trina tries to convince her to go, she reveals she and Cam are going together. Joss is surprised by this news. Her interest is further piqued when she learns Mr. Phillips (Dustin) will be chaperoning the event. 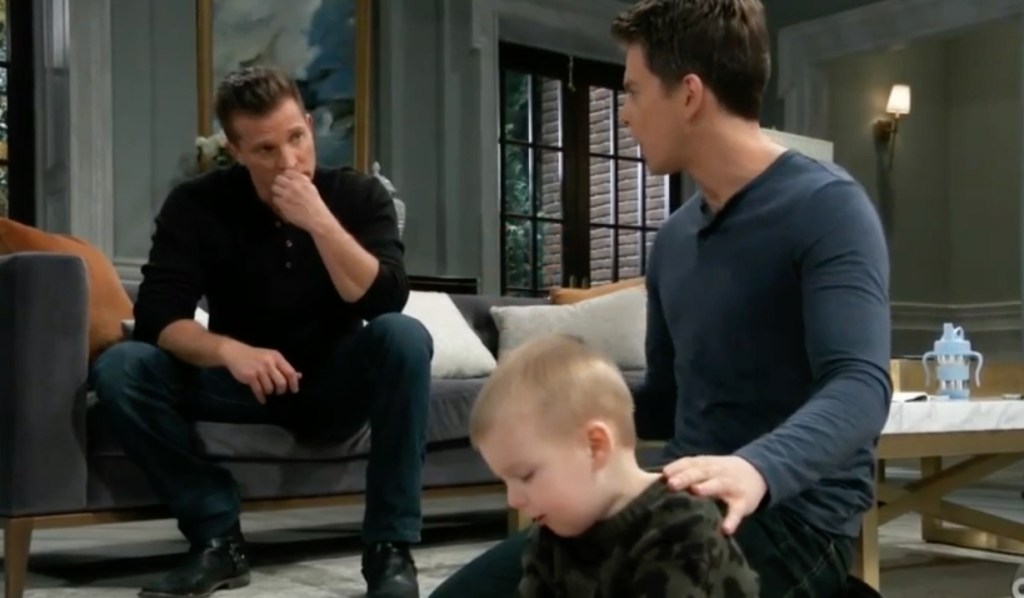 At the Quartermaine mansion, Michael tells Jason he has Diane filing the proper paperwork to block Nelle’s requests to see Wiley. Jason thinks Michael needs to make another plan in case Nelle goes free. Michael steps away to answer the door to Chase who updates him on Nelle’s case. What they’ve uncovered so far contradicts her version of events. Michael asks about Willow. Chase thinks it will get worse before it gets better. After he leaves, Michael expresses his sympathy for Willow. He thinks she was the one hurt the most in all this. Once Jason has left, Joss stops by to fawn over her Wiley. When she badmouths Nelle, Michael declares he made a decision not to be sad or regret what they missed. She wonders if they survived the shooting so they could appreciate this time. She feels like she’s finally emerging from the black hole of losing Oscar. She’s returning to her old self and it feels good. She’s even changed her mind about going to the dance. 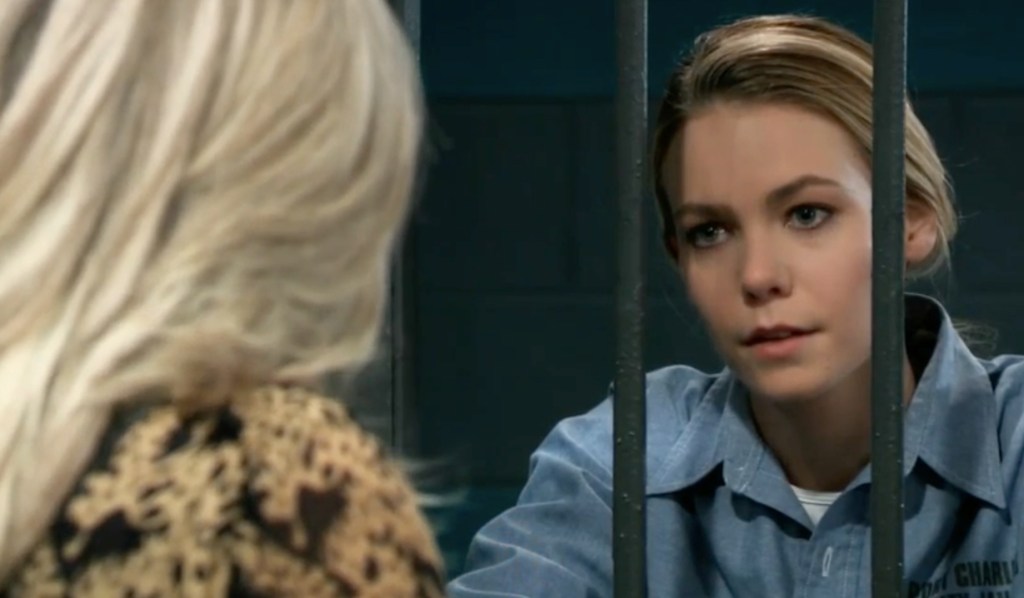 Carly visits Nelle in lockup to tell her she will never let her see Wiley again. Nelle spits out that Brad stole her baby so Carly should be blaming him. Carly declares that Brad will get what he deserves and so will Nelle. Carly warns if Nelle does go free her first steps in the sunshine could be her last. She advises Nelle to plead guilty since she’ll be safer. Nelle retorts she learned a lot from Ryan while in prison. She wishes she had a twin so she could be in two places at once. Chase arrives prompting Carly to leave. He accuses her of trying to kidnap Wiley. He even has the passports to prove it.

Jason meets Carly in her kitchen. Carly fills him in on her visit with Nelle. Jason thinks she played right into her hands and suggests she keep her cool around Nelle.

Elizabeth tells Nikolas he has to live with his choices.

Taggert thinks he and Sonny have a mutual problem.

Brook Lynn asks Julian if he’s going to help her.

Brad Threatens to Expose Julian, so...

Taggert Tells Sonny They Have a...