Friday February 21, 2020: On General Hospital today, Chase tells Willow the truth about her child, Julian confesses to Ava, and Nelle tries to place the blame on Brad. 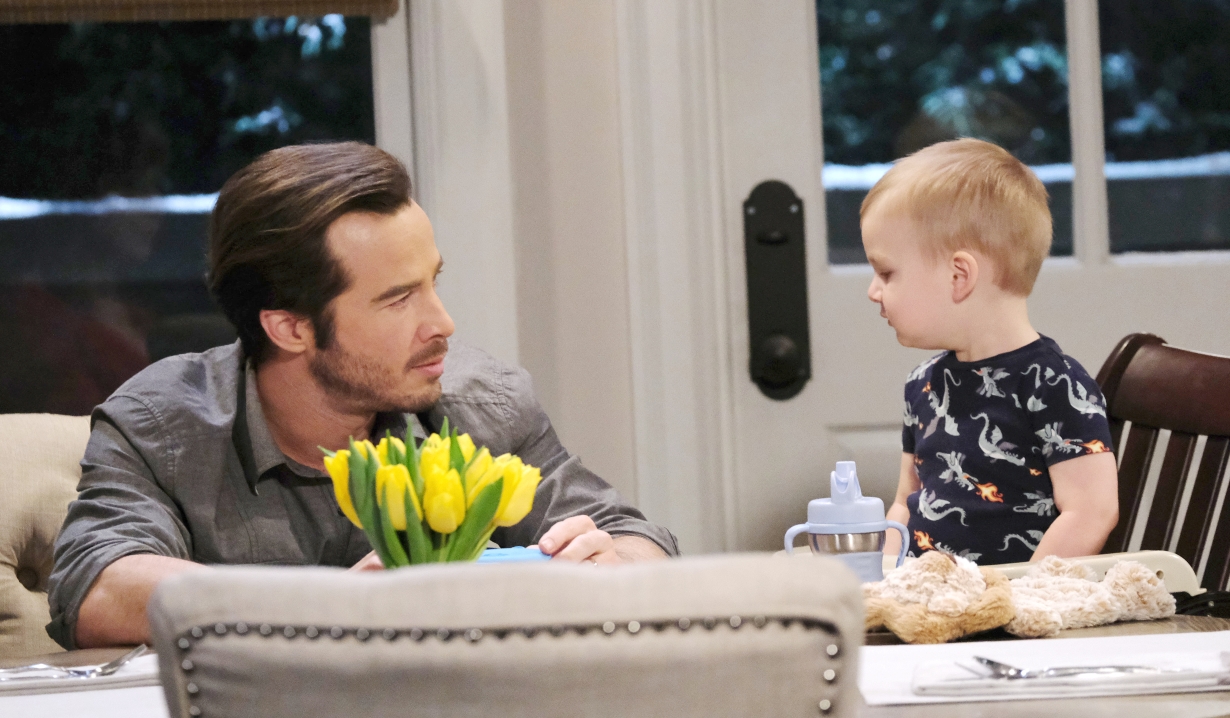 At General Hospital, Chase tells Willow that she isn’t Wiley’s mother. That sounds crazy to her. When he explains how the baby died, she falls on the floor screaming. When she calms down, he gives her the whole story. Sobbing, she recalls how Michael talked about his dead child in the grief support group. Now it’s her turn to grieve her child. Brad’s constant tension around her finally makes sense. She can’t believe she trusted her son to Brad and he let him die unloved “before trading him in like a faulty appliance.” 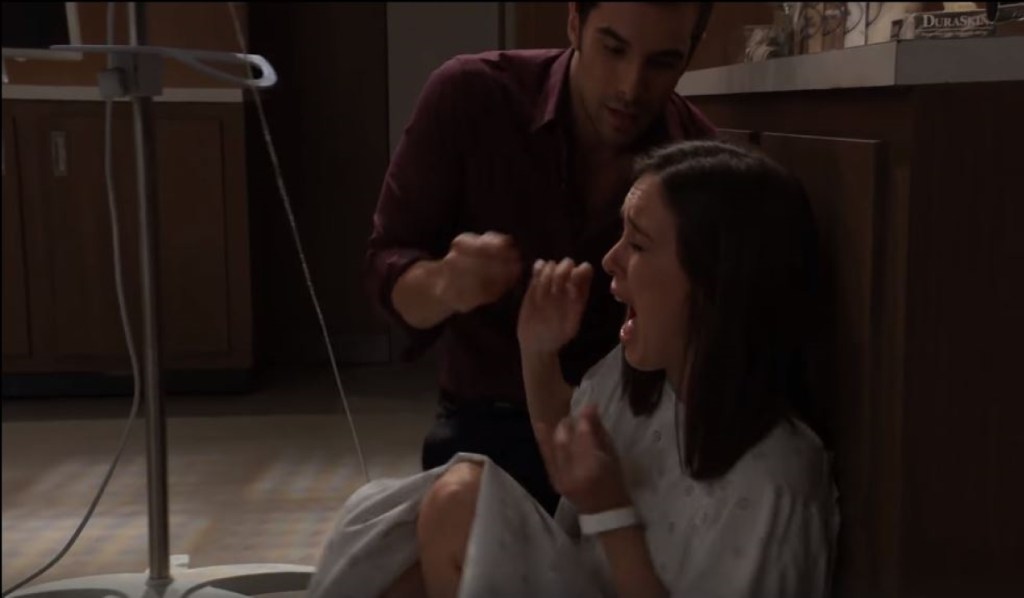 In Jordan’s office at the Port Charles Police Department, Curtis questions her and Taggert about Bob. Taggert explains that they were part of a group of four agents and two are now dead. Curtis thinks they should bring the WSB in, but they insist on doing this alone. He assumes they are still hiding something. Jordan explains that she visited Cyrus and he made it clear that he’s after them. Marcus tells Curtis that his wife was just trying to protect him and then leaves the couple alone. Jordan explains that she and three colleagues worked their ways into Cyrus’ operations. She got in too deep and needed out. They manufactured evidence and framed Cyrus for crimes he was guilty of. Curtis thinks she should be proud, but he’s annoyed that she shut him out of this. She worries about what a monster Cyrus is but refuses to let anyone burn down the city on her watch. 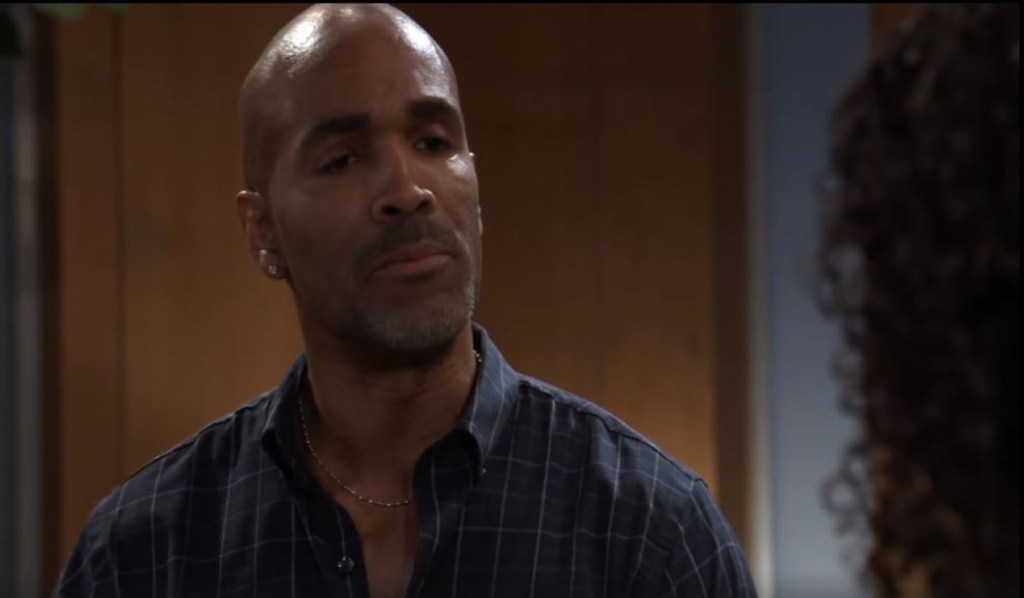 Nelle is shown into the cells by a guard. Brad is already there. She immediately starts lashing out at him, making it sound like he stole her baby. He refuses to take the blame for this and accuses her of lying. The guard listens as they bicker. Nelle tells him that Brad is antagonizing her and driving her insane. As the guard drags Brad out, Nelle laughs to herself. 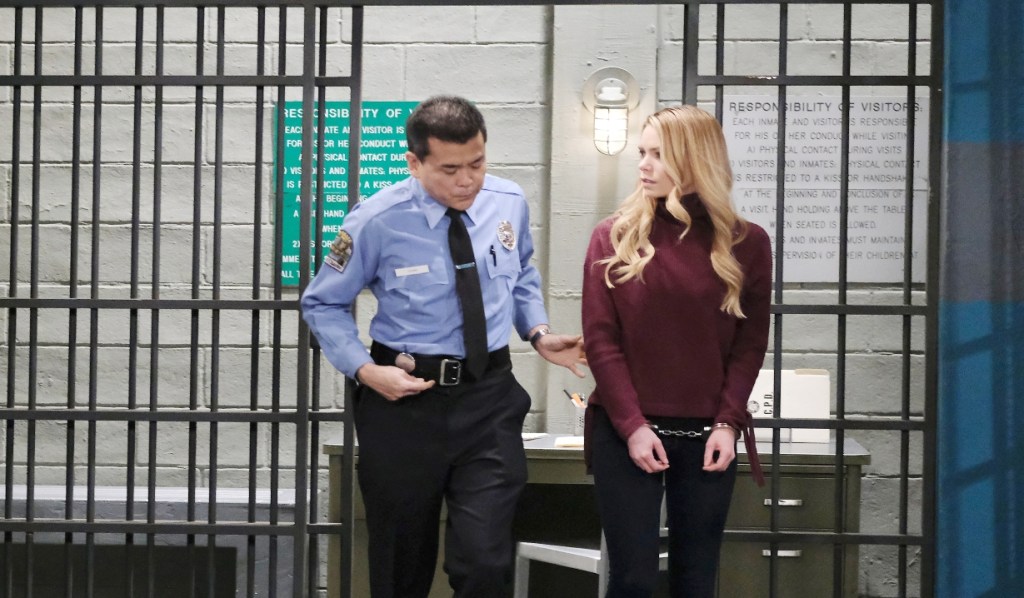 At the Corinthos compound, Lucas is beating himself up about what’s happened, but his family assures him he’s not responsible for any of this. He and Bobbie go to the kitchen. Carly tells Michael he’s generous for giving Lucas time with Wiley and assures him he’s a good man. After she goes off to the kitchen, Sonny asks his son to explain how Brad kept this a secret. They go over the details and Michael worries about how terrible this will be for Lucas. Sasha assures him it’s okay to be relieved that his son is alive. She and Sonny tell him that Wiley already knows he loves him. Sonny says that giving up his son won’t fix anything. He needs to claim him and give him the best life he can. In the kitchen, Bobbie and Carly talk about how wrong Brad was. At least Wiley had his first year in a loving home. Lucas wonders what happens next. Carly and her mom assure Lucas that he’s done a great job and will always be part of his life. He remembers Carly telling him that the hardest part of parenting is knowing the right thing to do. They file back out to the main room and Lucas tells Wiley that he will be going home with his uncle Michael. Sobbing, he places the child in Michael’s arm and asks him to take good care of his son. 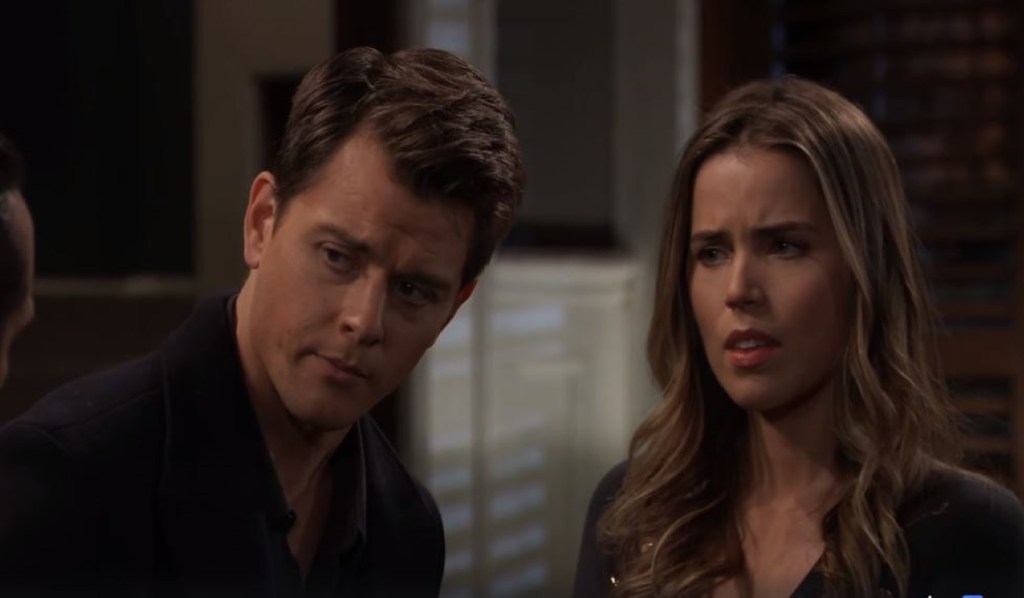 Ava shows up at Julian’s office thanks to a call from him. He takes a drink and tells her that Brad made a confession and Wiley is really Michael’s son. She begs him to tell her he didn’t help Brad steal Sonny’s grandchild. He didn’t but he knew about it. She can’t believe he didn’t go to Sonny immediately. Julian points out his son had already bonded with the child by the time he learned the truth. Ava is eager to get her brother out of the country before Sonny comes for revenge. Julian refuses to run. In that case, she says they’ll have to intervene before Brad has a chance to give him up. 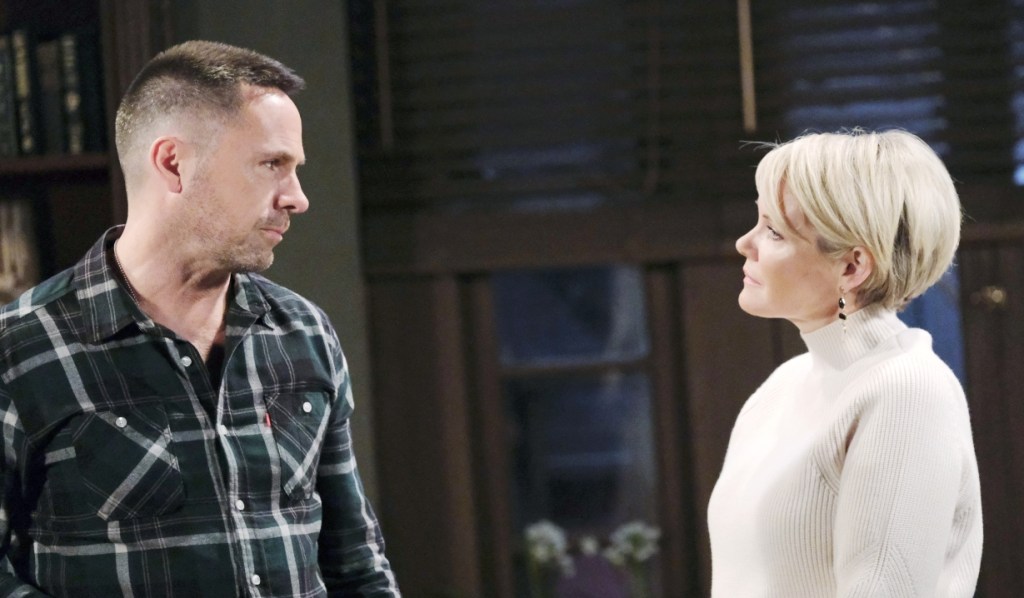 Michael has a good morning.

Monica gets some positive news.

Jason tries to be comforting. 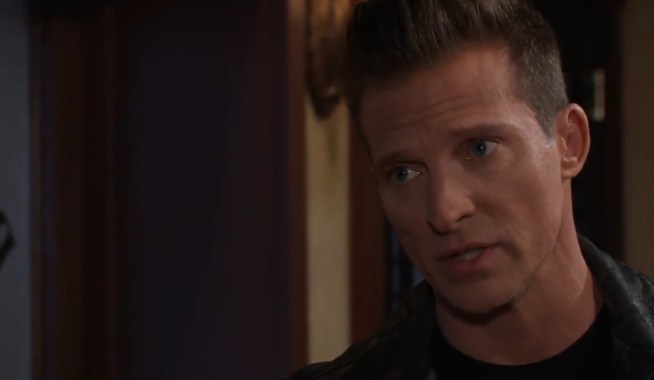 Brad Threatens to Expose Julian, so Julian Offers to Get Him Out in Exchange for His Silence 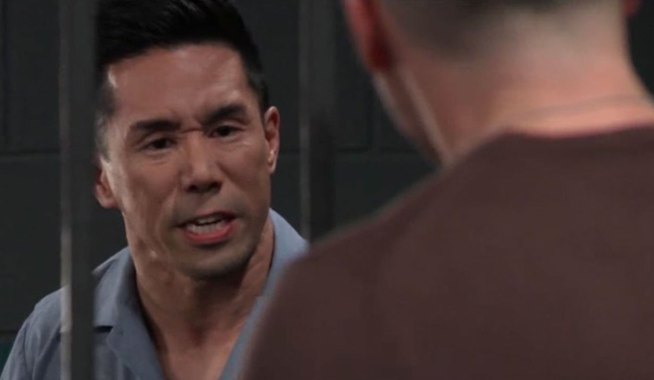