Thursday February 20, 2020: On General Hospital today, Jordan visits Cyrus in Pentonville, Michael and Chase go after Nelle as he tries to escape with Wiley, and Lucas demands answers from Brad. 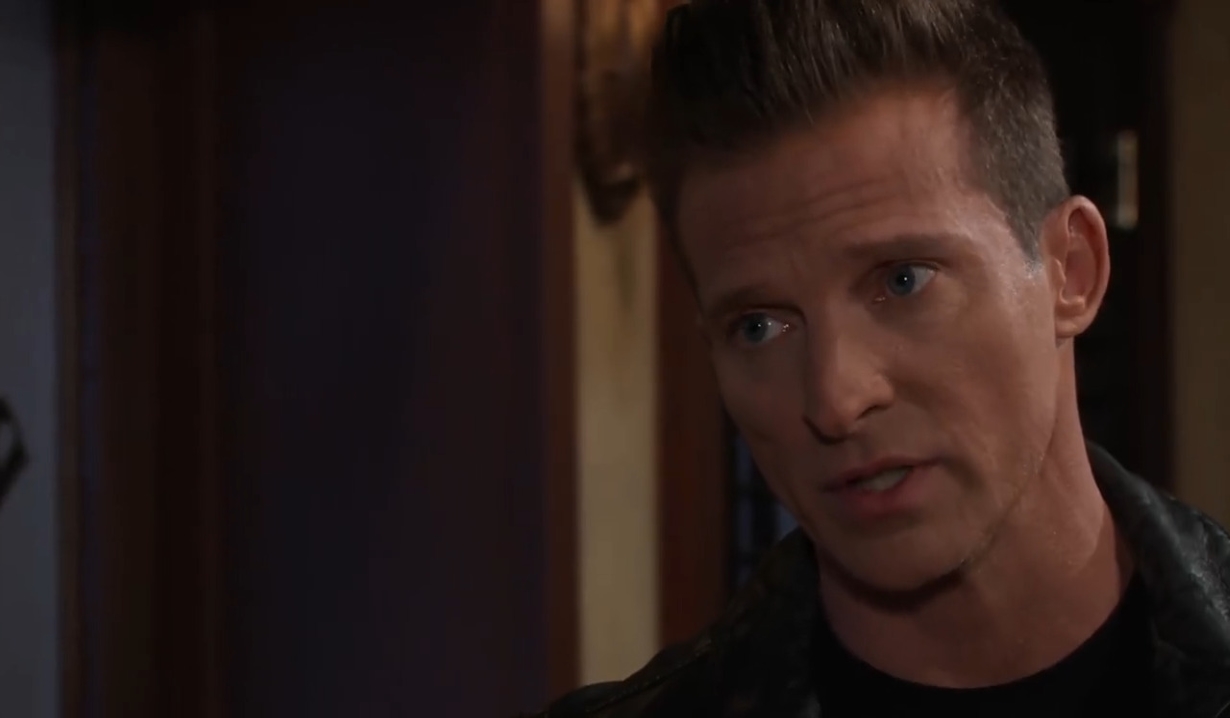 Jason shows up at Pozzulo’s and tells Sonny about blowing up the warehouse and destroying 20 million dollars’ worth of Cyrus’ stuff. Sonny explains that Cyrus has hinted he has personal reasons for being in Port Charles. They can’t understand what this means. Opening a separate territory for his criminal operation doesn’t even make financial sense. Sam calls Jason to fill him in on what’s happening with Brad and Lucas.

Jordan drops by Pentonville to see Cyrus. He reminds her of their long acquaintance and laughs when she tells him she’s the commissioner. Cyrus recalls when she was his right hand and wonders what TJ is up to. Trusting her was one of his biggest mistakes, he admits. She confronts him about two of her associates being killed and he laughs again. Jordan is sure that he’s started a mob war just to get back at her. He points out that the existence of the local mob already demonstrates she’s lousy at her job. 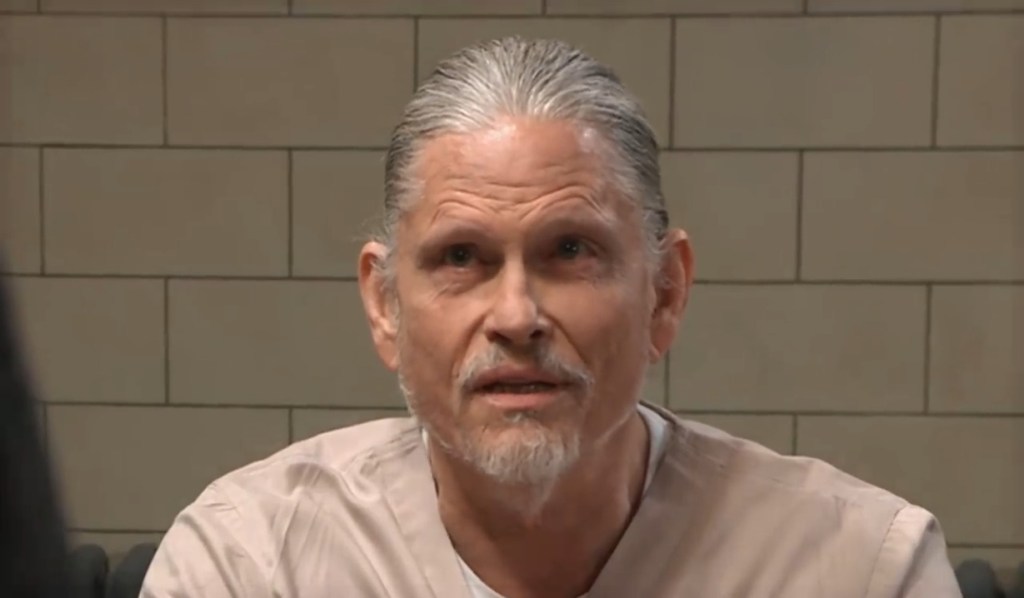 At Kelly’s, Curtis peers through the window and is surprised to see that Taggert is Trina’s dad. Inside, Cameron is surprised by this as well. Taggert begins questioning him and realizes he’s Liz’s son. She insists that she and Cam are only going to the dance as friends. Marcus turns and spots Curtis outside. He walks out to confront him with the kids following. Curtis makes an excuse about being there. Marcus tells him that his life is none of his business. Jordan interrupts, orders her husband to her office, and says she’ll talk to Taggert later. Trina, her father, and Cam go back inside, and she demands to know what’s going on. He can’t explain now. After he exits, Trina and Cam talk about how intense her dad is. She’s never seen him that angry before. 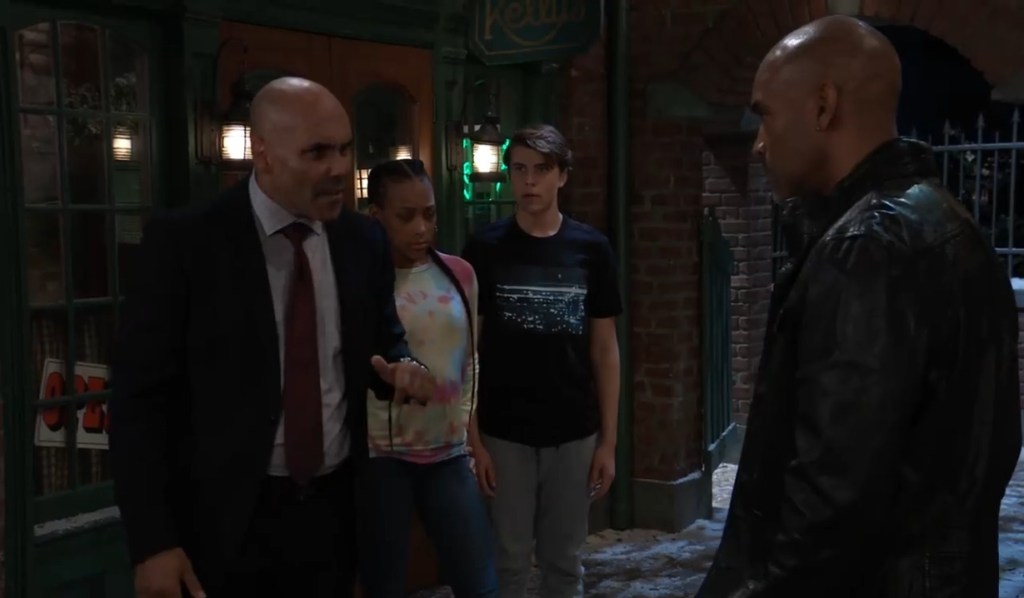 Chase arrives at the Corinthos compound as Carly tells Michael that his son is alive, and he only has to get him. Michael starts lashing out at Brad for all the misery he has caused over the past year. Brad claims his grief wouldn’t let him think straight. Michael is determined that he pay for this. Brad tries putting the blame on Nelle and realizes she might have gone after the child. Michael rushes off with Chase. Lucas demands that his husband tell him if anyone else knew this secret. Julian stares at Brad, who insists that only he and Nelle knew about the baby switch. Overcome with anger, Lucas can’t look at him. The cops are called, and Brad is taken away in cuffs. Bobbie comforts her son. Jason arrives and Carly tells Jason that this is like a twisted version of what they did to AJ. Julian says they have all made mistakes trying to protect people they love. 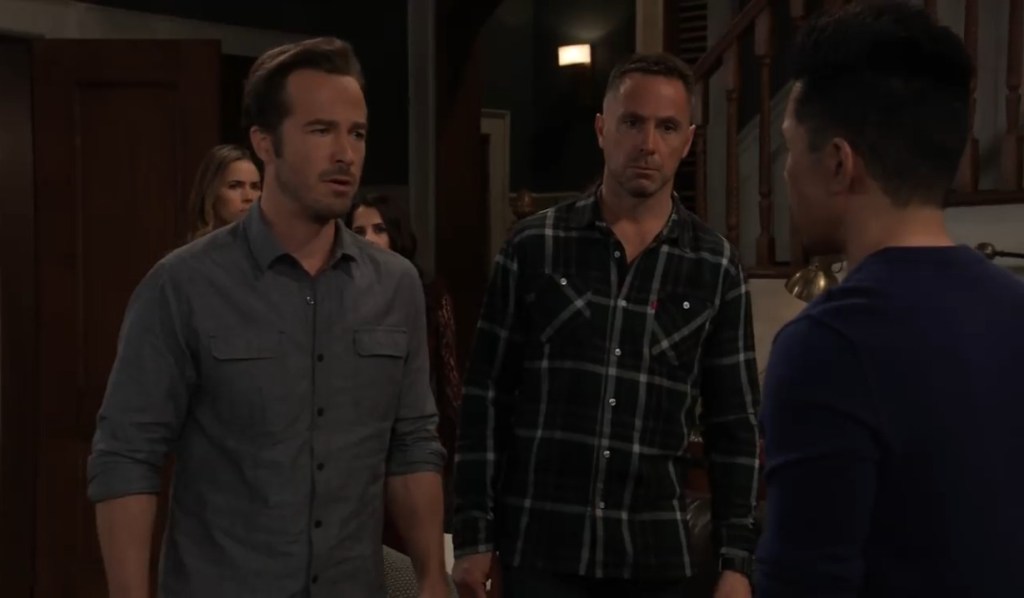 At Brad and Lucas’ place, Willow is knocked out on the floor and Nelle has Wiley. She shows him their fake passports and announces they are going on a trip. As she heads for the door, Michael and Chase arrive, declaring that Brad has told them everything. She doubts that and claims she was just trying to save their family. Nelle insists she’s a victim and that she remembered Brad stealing her baby when she heard the truth. Michael doesn’t believe this and says it’s all over for her. He demands she hand over the baby. Once she does, Chase finds Willow on the floor, wakes her up and takes her away as a cop arrives to arrest Nelle. Sonny enters and Michael introduces him to his grandson. 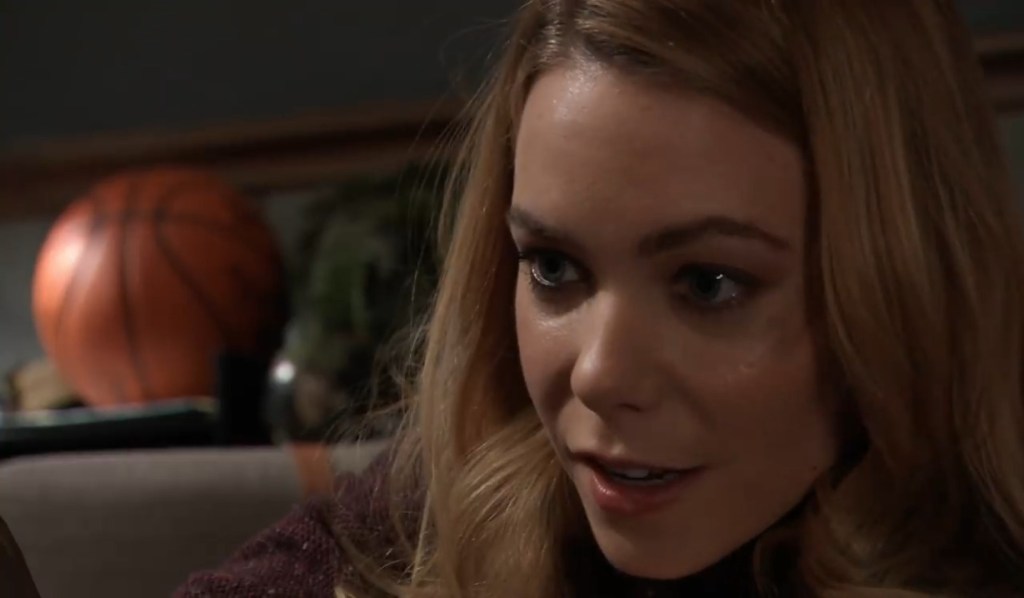 Jordan and Curtis get to her office and he demands some answers. She insists all the secrecy is work-related but he’s sure there is more. He asks if she’s Trina’s mother. This offends her. He’s sure that she and Taggert are still hiding secrets. Marcus arrives and says it’s time they told Curtis everything. She’s reluctant but he insists.

Willow wakes up at General Hospital with Chase by her side.

Michael returns to the Corinthos compound with Wiley. Lucas uncomfortably looks at the child.

Things work out for Michael.

Carly has a hard choice to make. 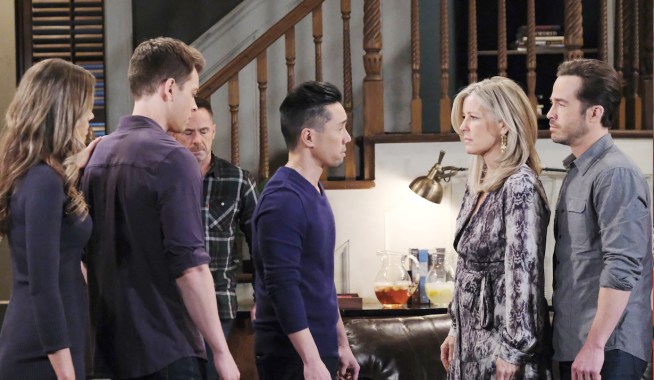 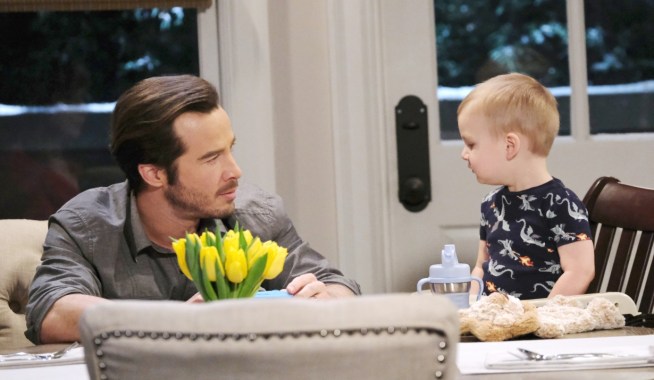