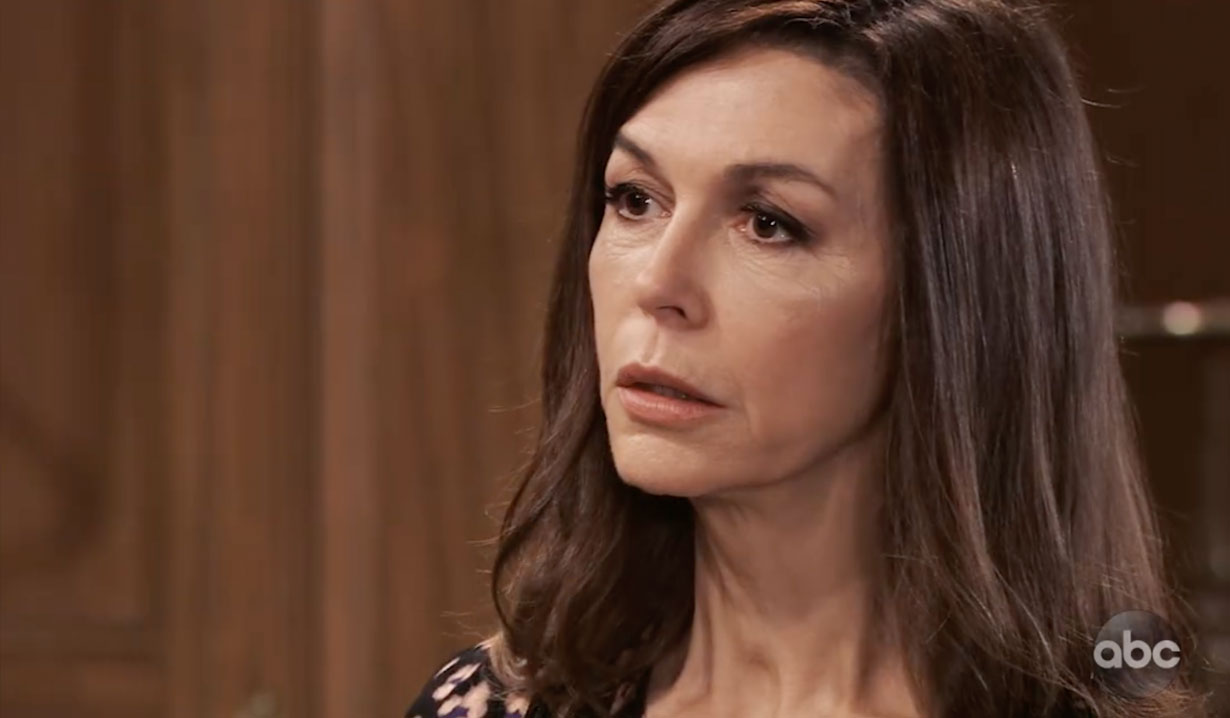 At Anna’s, Emma spends time with Violet while Anna asks Finn for details on his conversation with Sam. Before he can answer, Robert appears at the door and Emma answers. Finn excuses himself to take Violet to school, and Emma senses her grandparents are fighting, so she leaves them. Robert accuses Anna of protecting Peter at the risk of her family’s wellbeing. Anna asks Robert to just accept the story she gave him and look the other way, but Robert refuses.

More: The walls are closing in on Anna

At the Metro Court, Spinelli crashes Peter and Maxie’s breakfast and reveals that Ellie got a job in Port Charles so they are moving back. Maxie is overjoyed that Georgie and James will finally be able to have a brother and sister relationship. She wants Peter and Spinelli to get to know one another too. Spinelli admits his image of Peter is tainted given he kept Jason hostage, but Maxie swears Peter has changed. Spinelli asks when and why did he decide to turn his life around. Peter runs down his history with Faison, and it was Nathan’s death that was a pivotal point. He says Maxie and James have also given him the inspiration to be a better man. Peter excuses himself to run his paper, and Maxie is furious with Spinelli for interrogating Peter. Maxie says Peter has earned her trust and asks Spinelli to take a step back. She excuses herself when she gets a call from Paris. Spinelli knows Peter is lying and says he has to go. 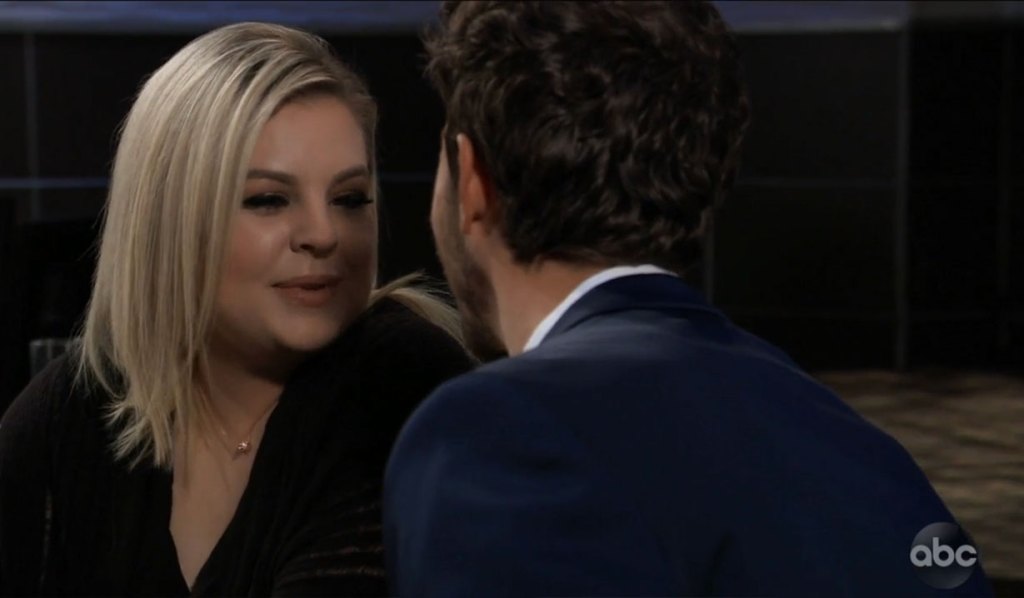 Alexis runs into Neil at Kelly’s. Neil is going to meet with the board and they are asking Alexis to testify. She agrees. Even if things go well for Neil, he still won’t be able to see her for two years. She notes it’s not that long. Sam interrupts, and Alexis says she was just on her way out and departs. Sam questions Neil about Alexis’ odd exit. Neil tells her about his hearing with the medical board and that he can’t see Alexis for two years. 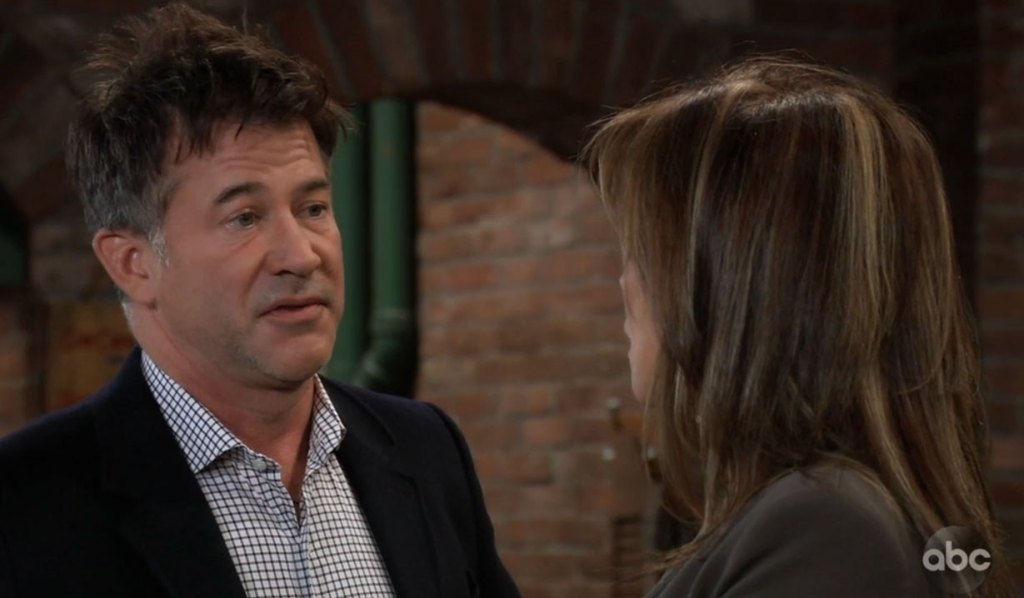 Joss stops by Ava’s gallery to meet Trina, who is working overtime on a new project. Dev arrives and he and Joss reveal to Trina that his fake father Brando is alive. Dev thinks he should go see him, but Joss warns him not to and let Sonny deal with the situation. Dev leaves, and Joss knows he’s probably on his way to the hospital and she should go after him. Trina thinks that would send a wrong message to Dev, and that Dev wasn’t into her kiss because of Sonny and not her. Trina sees this as Joss moving on and thinking about dating again. 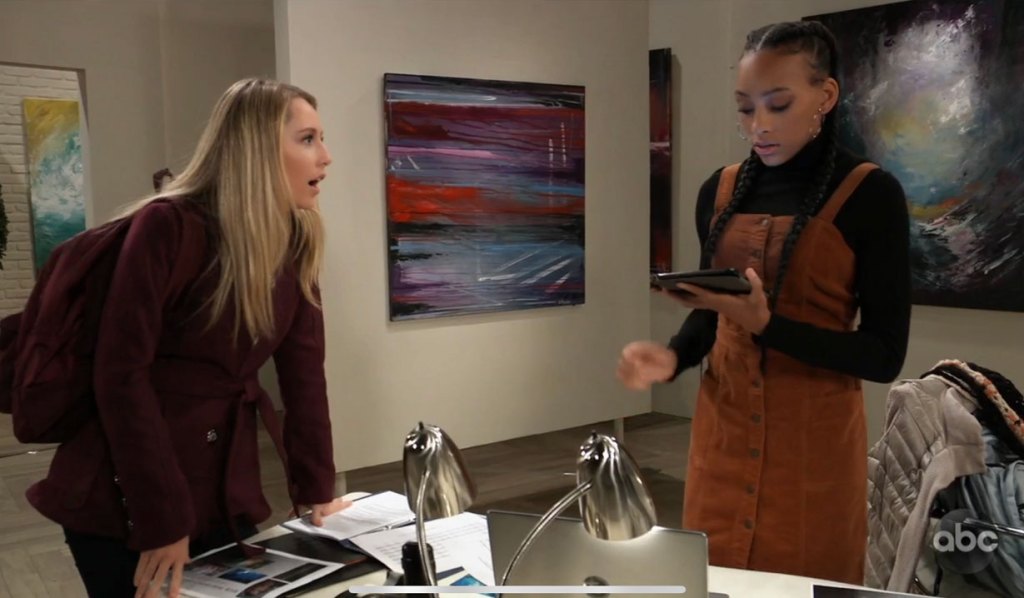 At the hospital, Carly grills Brando about saving her life. He explains his training kicked in and he moved to secure the scene and scout for civilians. Carly inquiries about his life after the marines. Brando reveals when he got home, he turned to drugs, and got five years in prison. After he got out is when he began checking on his mom and learned about Dev. He went to the warehouse to tell Sonny that Dev wasn’t his son. Carly admits Dev is a kid who Sonny wanted to help so they passed him off as Brando’s with Gladys’ help. Gladys had already published an obituary for Brando, which was likely tied to the fact that she cashed out a life insurance policy on him. Meanwhile, Alexis stops by Finn’s office and vents that she fears Sam won’t obey the court order to stay away from Jason and will wind up sent back to Pentonville. Finn tells her that he thinks everything will work out. Alexis leaves and Finn calls Sam and reveals he knows something about Peter that may help her and Jason. 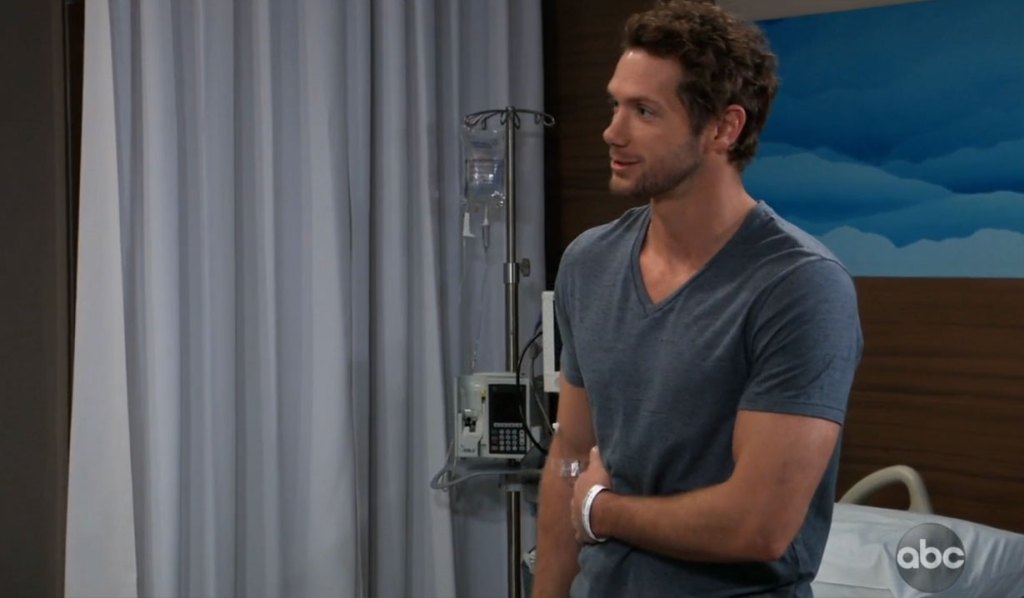 In Sonny’s office, Jason fills Sonny in that Spinelli discovered a new trucking company that is on route from Seattle to Port Charles. Jason suspects Cyrus is moving drugs. Sonny sends Jason to the hospital to talk to Brando so they can figure out what to do with him. After Jason leaves, Sonny calls Turning Woods to check on Mike and learns something has happened.

Peter arrives at Anna’s and overhears her and Robert fighting through the front door. Robert screams he won’t stop digging until Sam and Jason find the evidence against Peter. Anna orders Robert out and opens the door to find Peter standing there.

Dev arrives at General Hospital to see Brando. Carly introduces them. Jason stops in and pulls Carly outside the room and asks what is going on.

Ava assures Trina that she knows what she’s doing.

Valentin gloats to Lulu that in an hour his legal troubles will be behind him.

Alexis and Nikolas discuss a DNA test between her and Valentin.

Finn meets with Jason and Sam about Peter.

Martin and Valentin Plot to Buy up...

Finn Has Conditions Before Telling...