Martin and Valentin Plot to Buy up ELQ Shares

Friday February 7, 2020: On General Hospital today, Nikolas tries reassuring Laura about his marriage, Lulu and Dustin talk about their relationship, and Lucas has an idea for Willow. 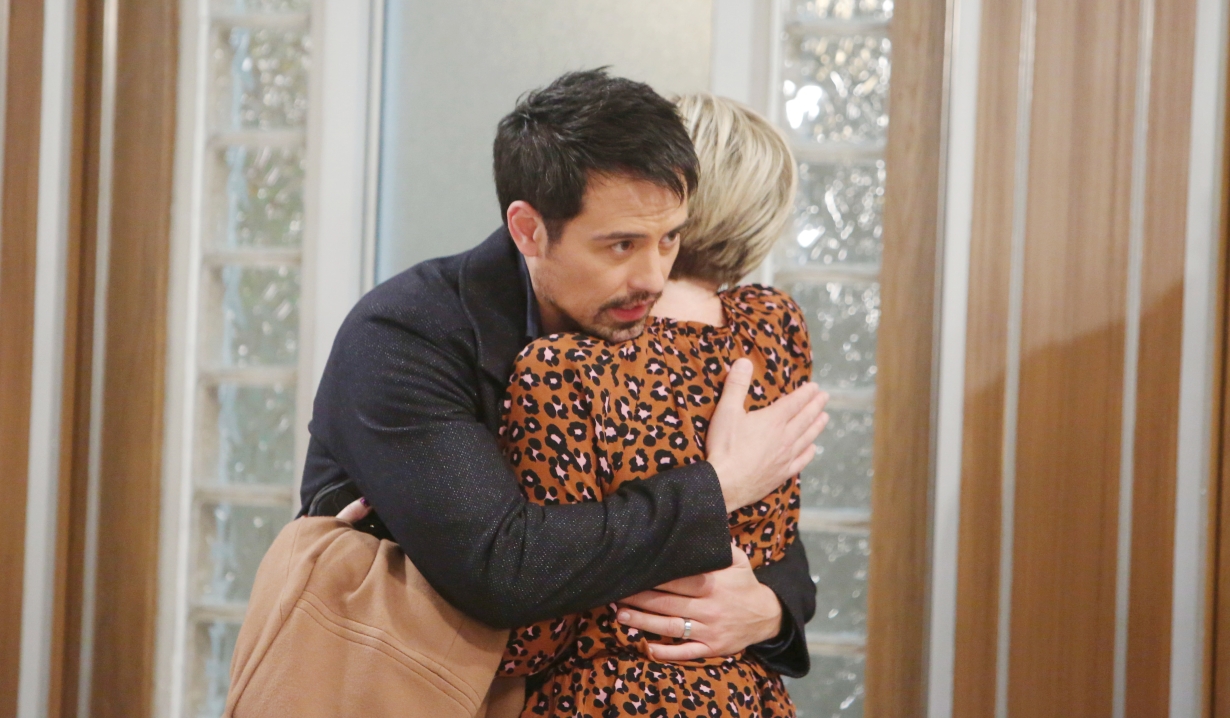 Ava tracks down Nikolas at General Hospital and asks after his mother. They hug and he tells her that she can stop putting on a show. Jerome insists that she is concerned about his mother and hands him a list of rehab clinics for her. She prompts him for a public display of affection, and he whispers she should go for good. In Laura’s room, Lulu tells her mom how grateful she is for Dustin putting his life on the line for her family. Lulu admits that she can’t fall in love with another hero after everything she went through with Dante. Her mom points out that Dante was a cop and Dustin is just an English teacher. After Lulu files out, she sends her brother in without talking to him. Laura starts lecturing Nikolas for putting Charlotte’s life at risk. She warns that his obsessive need for revenge could make him as bad as the other Cassadines. They discuss Spencer and she refuses to talk him around. Nikolas never thought that returning would cause so much pain. He wants her to move in with him. She doubts Ava will be okay with that and asks what the marriage is really costing him. He assures her the marriage won’t last. 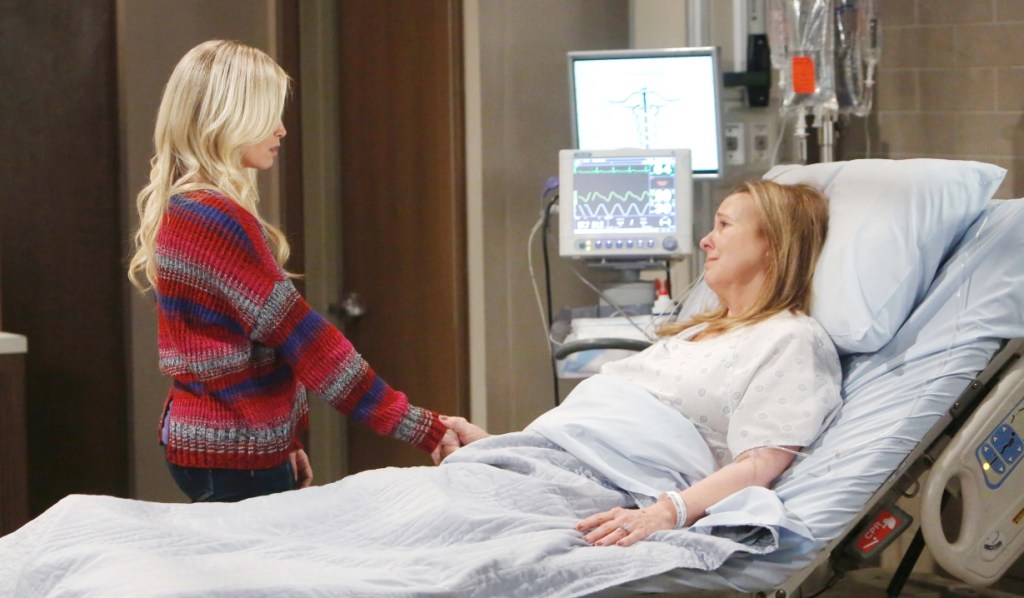 At Kelly’s, Brook Lynn calls out to Dustin and they rehash their breakup. After his recent actions, she’s starting to think he might not be as boring as she’d imagined. She shows him some of her lyrics. He says they are better now than when they were together. She’s worried that she won’t be able to sing them and complains about her contract woes. He stopped writing songs after she left. They exchange some more compliments and she leaves. Later, Lulu arrives and they talk about all the ‘incidents’ that have afflicted their relationship. They make plans for a quiet night in. 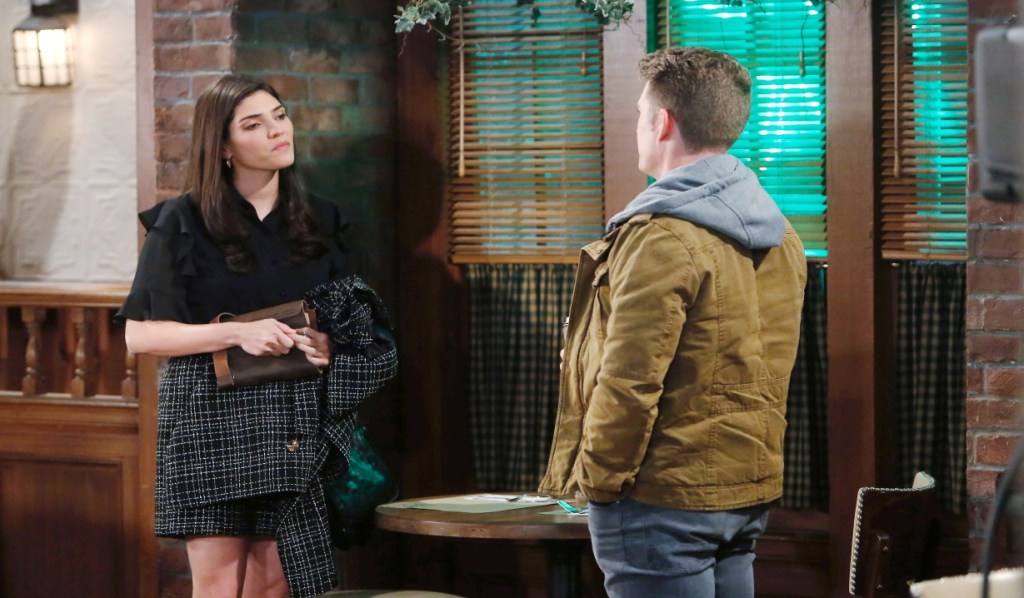 At the Quartermaine estate, Ned asks Michael if they are in for trouble thanks to the mob war. Ned is worried that this could spook business partners but insists that he’s proud to stand by Michael’s side in the company. Michael asks him to stay so they can show that two of them are running the business. Nelle strides in and accuses Michael of wanting to kill her by sending her to the boathouse. She insists on having proper living arrangements. Ned escapes. Michael tells Nelle that Lucas is awake and won’t let her anywhere near Wiley. She asks how much her shares are worth. He’s had papers drawn up. They don’t impress her and she threatens to find a more generous buyer. 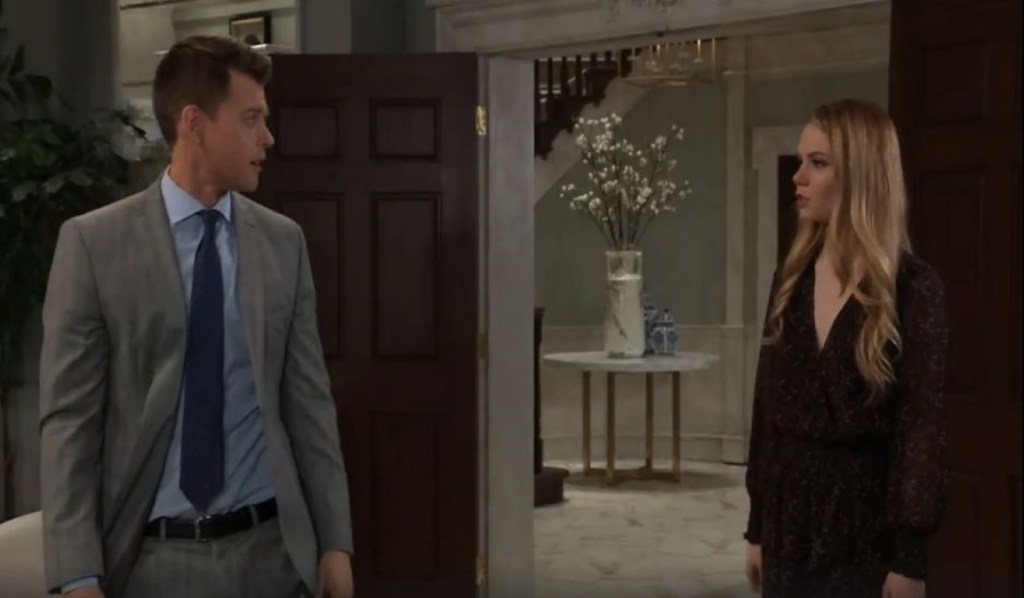 Nina is sipping a martini at the Metro Court when Valentin surprises her. They rehash the mistakes he’s made and the regrets he has. He still doesn’t regret trying to make her happy. She claims she’s not interested in his misguided romantic gestures and they both need to move on. She exits as Martin arrives. Valentin says his ex is pretending she doesn’t love him. They get a table and the lawyer tells him that complying with the DNA request is a mistake. Valentin insists it is only one of Helena’s games. Brook Lynn joins Ned across the room. They talk strategy before Link arrives. He claims they have a good deal. Ned brings up the sexual harassment and hands him a check that will cover the costs of losing Brook Lynn. Link shoots down the deal and insists on owning her music. Brook Lynn loses it and threatens to cut off his hand before storming out. Ned warns Link that he has an army of lawyers he can send after him. Once Ned leaves, Link has a conversation with Martin about Brook Lynn being willing to give anything to get out of her contract. Nelle calls Martin and asks if he can get her a deal on her shares. Martin immediately calls Valentin and tells him he has two business opportunities. 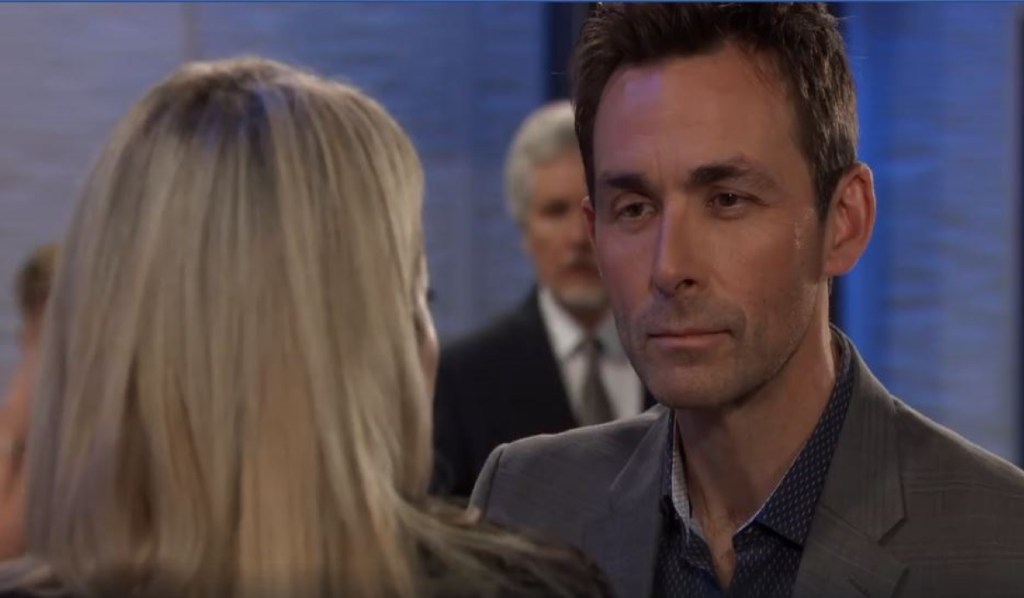 At Turning Woods, Lucas remembers that Brad was building up to a confession before their car accident. He asks Brad to remember but his husband claims he was stressed out and can’t recall. Willow wanders in and the topic quickly turns to how much Michael loves Wiley. Brad and Julian head into the hallway. Brad assumes that all their problems are over, and Lucas will never remember what happened. Julian thinks he’s being too optimistic, and his son’s memory could be triggered at any moment. Meanwhile, Willow tells Lucas that she was basically Wiley’s nanny and Brad has been fragile and moody. Brad and Julian return. Lucas announces that he’s decided to hire Willow to take care of Wiley. 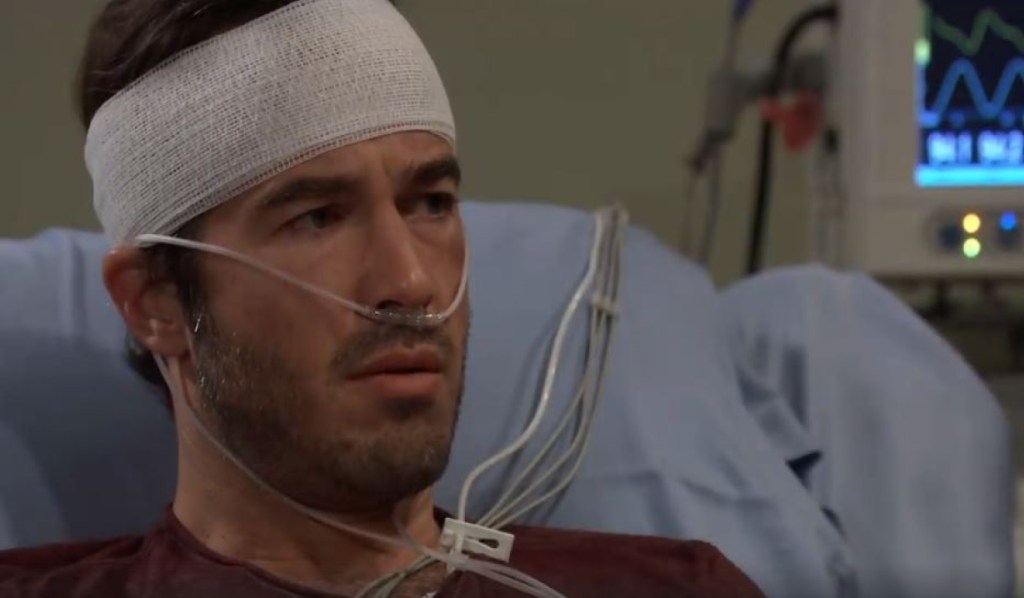 Nina drops by the Jerome Gallery to see Ava. They gloat about their revenge on the Cassadine men. Ava admits that her prenup is dependent on no adultery and no sex in the marriage. She’s sure it won’t take long for Nikolas to slip up.

Sonny is concerned about his father.

Carly looks for the truth.

The stress is getting to Anna. 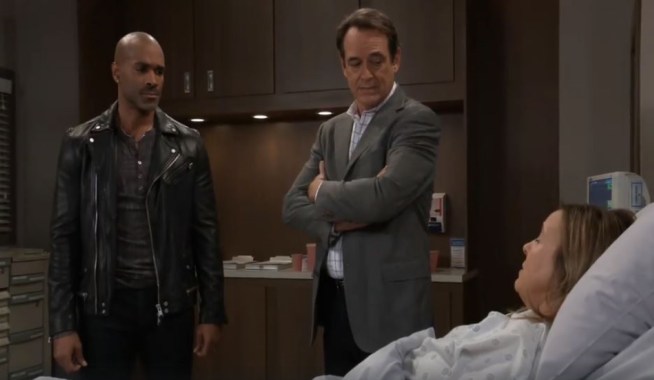 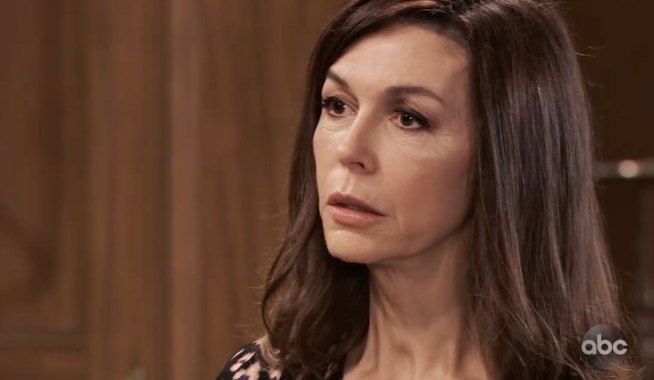