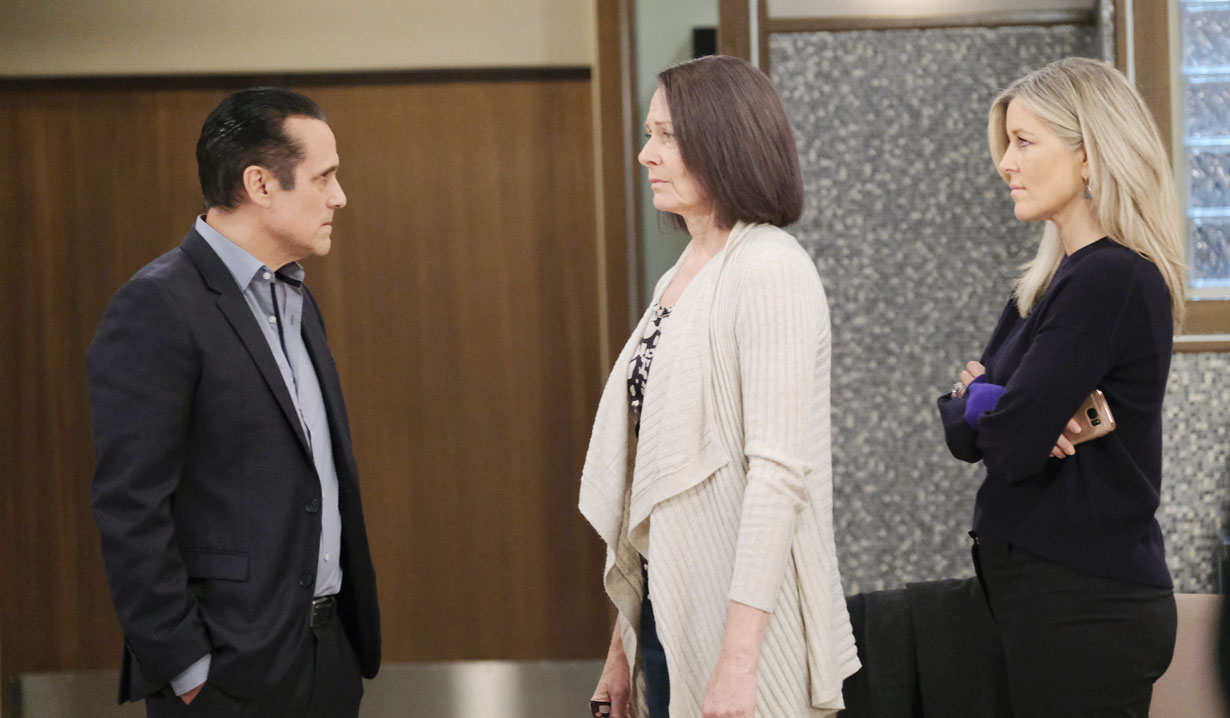 This recap began at 3:08 PM due to breaking news surrounding the impeachment hearings.

At General Hospital, Carly tells a shocked Sonny that Gladys’ son Brando was shot while saving her life at the warehouse. In Brando’s room, Gladys tearfully tells him that she knows she said he was dead to her, and she is sorry. Brando asks how she got mixed up with Sonny. Suddenly, Sonny bursts in and asks for a moment with Brando. Gladys exits, and Sonny wonders what Brando was doing at his warehouse during the shooting. Back in the hall, Carly confronts Gladys about her lies. Gladys explains that when Brando came back from the war that he wasn’t himself. He got mixed up with bad people, eventually disappeared and it became easier to tell people he reenlisted and was killed. Carly shows her the photo she found in his belongings of Gladys and Dev and informs her that Brando knows what she’s been up to. Gladys admits she has been posting on social media, nothing about her and Sonny, and this means Brando saw. She’s enjoyed being a part of a family again and acting as Dev’s grandma made her realize she had to make things right with Brando. Back in Brando’s room, Brando tells Sonny that he and his mom had a huge fight years ago and he left Bridgeport and never looked back. However, he checks her MyFace page every now and then, which is when she saw a photo she posted with her grandson. He came to town to locate her and arrived at the warehouse to find it under fire, which is when he reacted. Brando never had children and asks who this Dev is. Sonny tells him not to worry about that now and to rest. Sonny joins Carly and hisses at Gladys that he doesn’t tolerate liars. Petrified, Gladys swears she didn’t mean to lie, and she is so used to telling people Brando is dead. Sonny orders her to tell Brando that some woman showed up on her doorstep and claimed Dev was his child. He also warns her if she mentions that they are protecting Dev then she will regret it. Gladys thanks him and then goes to see her boy. Alone, Sonny tells Carly he doesn’t trust Brando or Gladys, but right now he has to find out who targeted his family and why. In Brando’s room, Brando asks his mother about Dev. Gladys tells him that Dev is his son. Elsewhere, Willow wants to help Brad with Wiley, but he lashes out about Carly, Bobbie and Michael always hovering over him. He accuses Willow of thinking he’s a bad father. Willow snaps maybe he is because in all his complaining he’s never said one bad thing about Nelle. Willow thinks he’s having a breakdown and needs help. Brad angrily retorts that he can take care of himself and tells her she’s fired. In Laura’s room, Nikolas sits by his mother’s bedside. He is emotional as he reflects on the years that he wasted letting the darkness in and planning his revenge instead of being there for her and Spencer. He promises to do better and be better. Laura stirs awake and tells her son that she loves him and will always be there for him. 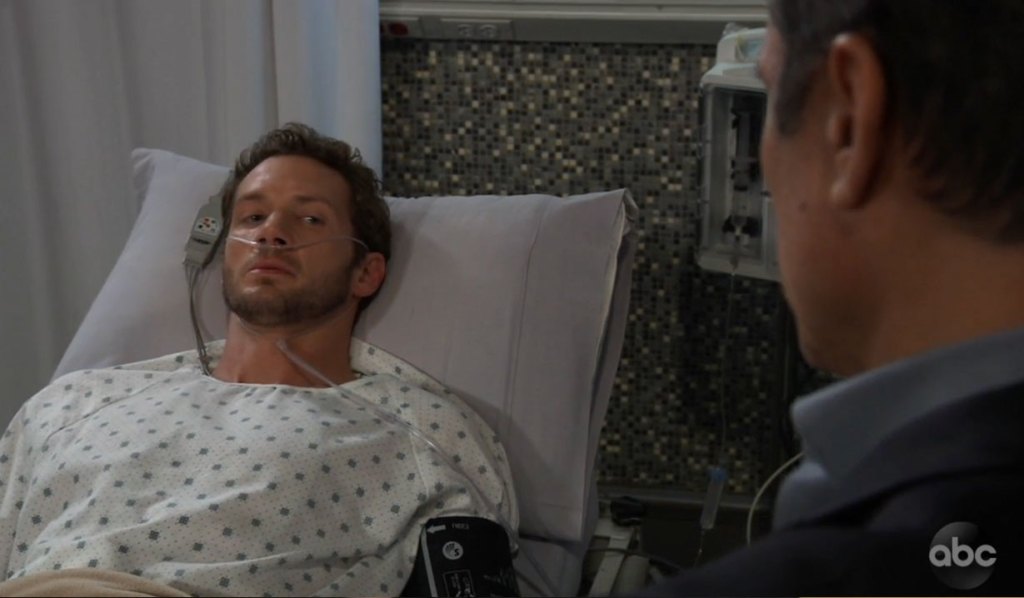 At Sonny’s house, Dev wonders to Joss, Michael and Jax if Brando’s arrival will get him sent back to Turkey. Michael excuses himself to check on Sasha on the patio. He stammers as he tells her they need to stop seeing one another, as it’s the only way he can keep her safe. She cries why, and he shouts, “Because I love you!” She loves him too and insists they will deal with this together. She pulls him into a kiss, which is interrupted by a call from Nelle. Dev tells Joss that he’s glad she’s okay and admits he wishes he could take back how he reacted to her kiss. Elsewhere, Jax calls Carly and when he learns Sonny is back he wants to speak with him, but Carly thinks that would be a bad idea. 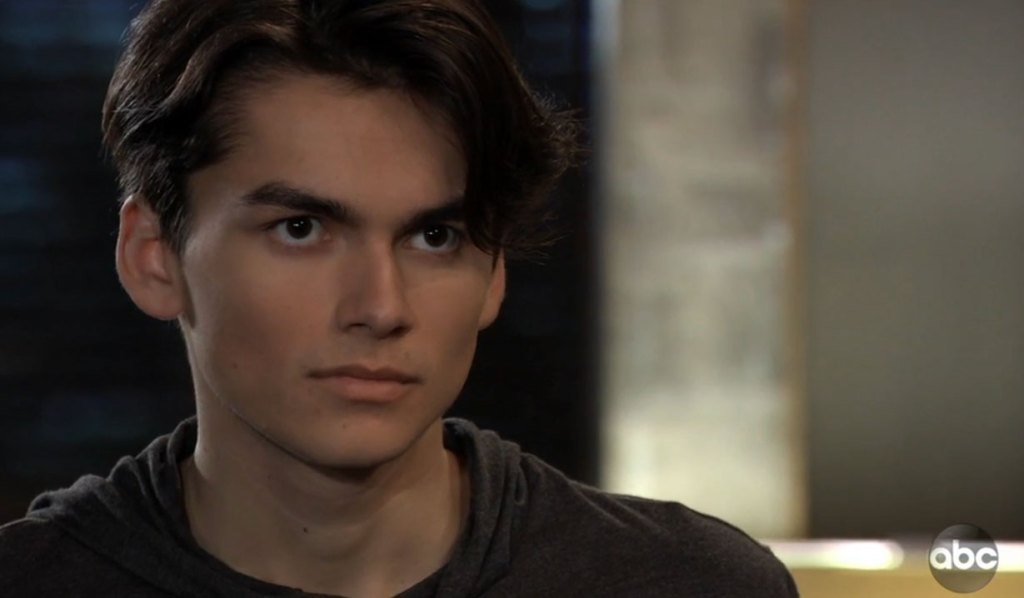 At the Quartermain mansion, Brooklynn doesn’t believe Nelle when she said Michael invited her to live there. When Brooklyn orders her out, Nelle slyly reveals that she’ll have to go back to Brad’s, and Michael didn’t want her near Wiley. Brooklyn gets it now but thinks there are other places Michael could stash her. They bicker until Nelle finally calls Michael and tells him that Brooklyn isn’t letting her stay, so she’ll have to go back to Brad’s. Nelle hands the phone to Brooklyn, and Michael tells her to give Nelle a room and he’ll explain later. Brooklyn decides to put Nelle in the room next to Tracy, which has a shared bathroom. 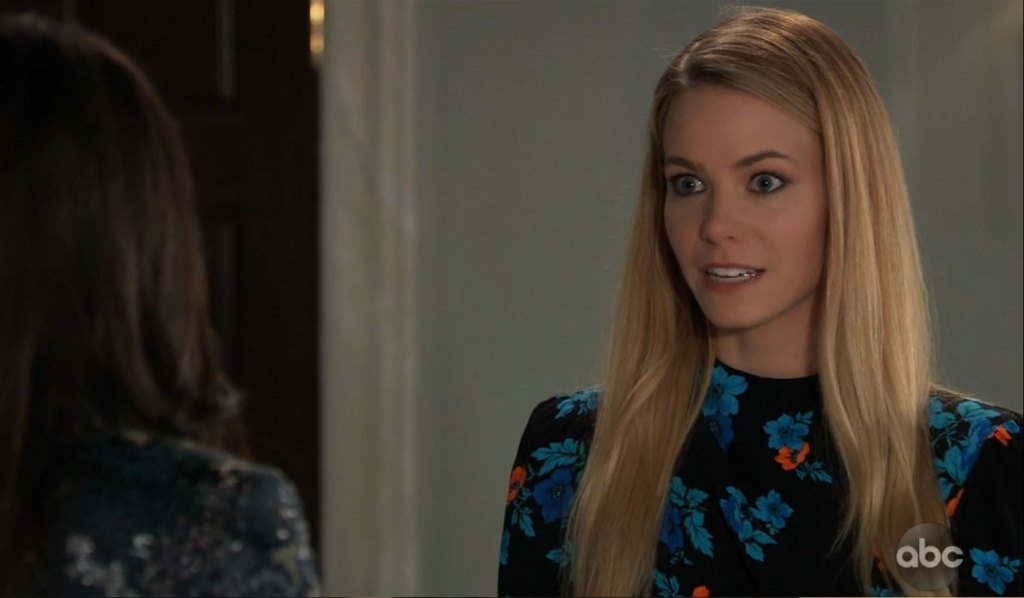 Ned asks Tracy why Nelle is in their living room.

Peter tells Anna, “Nobody is going to save you.”

Carly yells at Jax that she will not be separated from Joss indefinitely.

Sonny screams, “That’s a problem for me!” at someone. 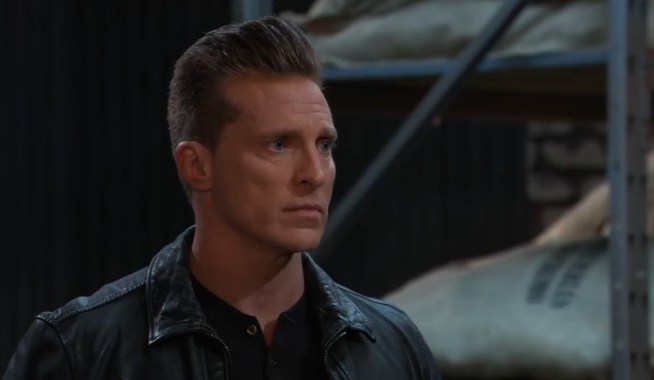 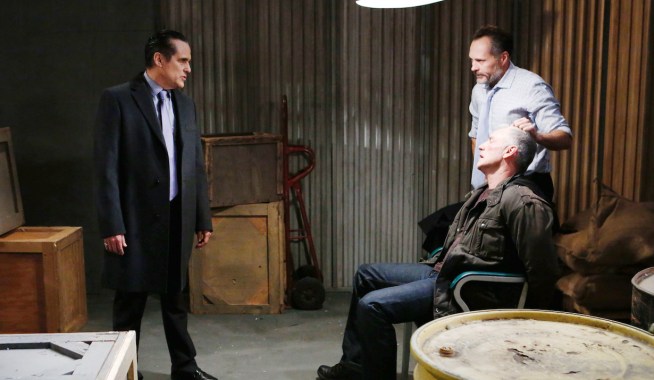