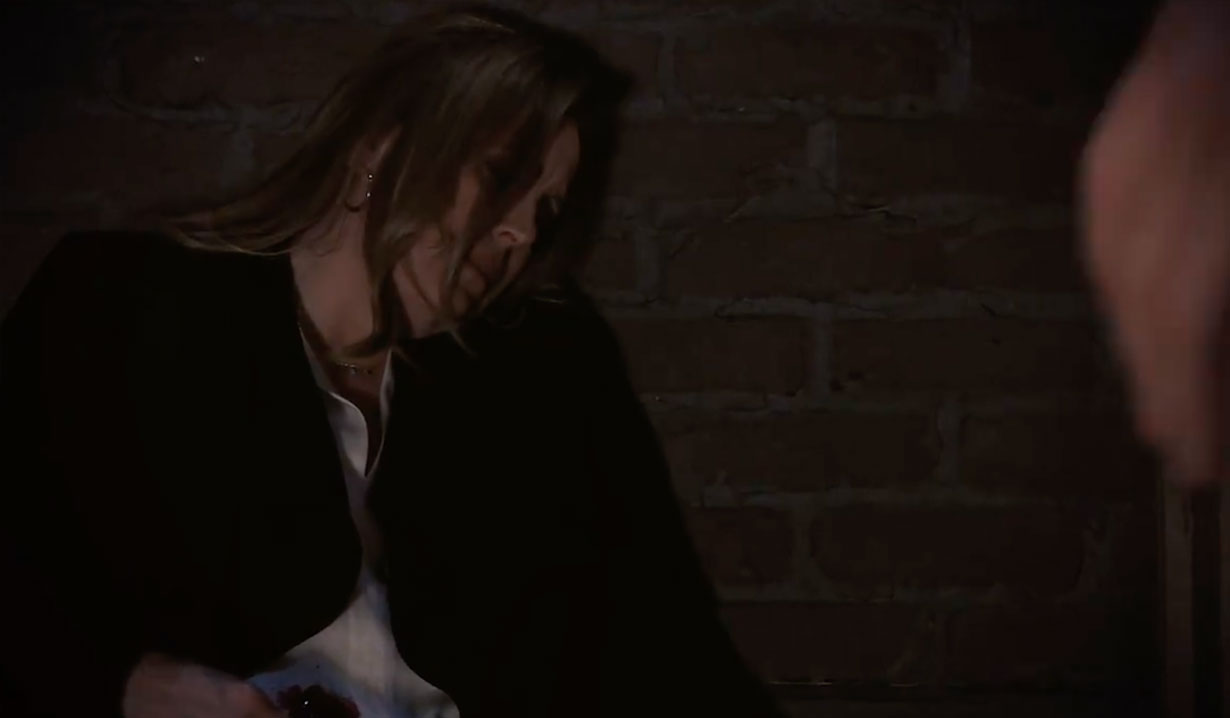 In Brooklyn, Mike, Sonny and Jason are at a restaurant when Jason spots a man with a gun and yells for everyone to take cover. Shots are fired.

At the warehouse, Carly and Gladys are forced to take cover when another gunman opens fire.

On the docks, Laura is with Michael, Joss and Sasha when a gunman begins shooting at them.

Two hours earlier, Mike, Jason and Sonny arrived at a restaurant in Brooklyn where Mike used to hang out back in the day. Mike flirts with the woman behind the bar as Sonny hopes to Jason that this trial works because it is his dad’s last shot. Jason thinks back on his relationship with Alan with regrets and tells Sonny he’s been a great son to Mike. As they get ready to leave, Jason spots the gunman and warns everyone to take cover as shots are traded. 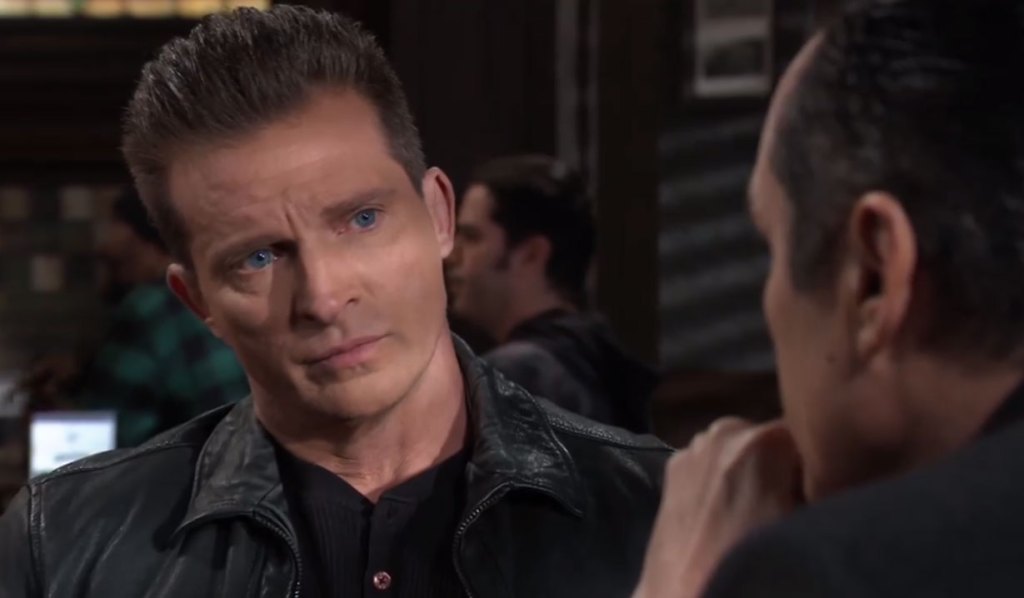 More: How the impeachment trial will affect soaps

On the docks, Michael tells Joss that he’s moving Nelle into the Quartermaine mansion. Michael explains he had to move Nelle to keep her away from Wiley and Brad. Joss suggests that Willow revoke the adoption and take her son back, but Michael says the adoption is final and can’t be undone. She points out Lucas named him Wiley’s godfather to protect him, so perhaps he needs to consider what Lucas would want to be done in this situation. 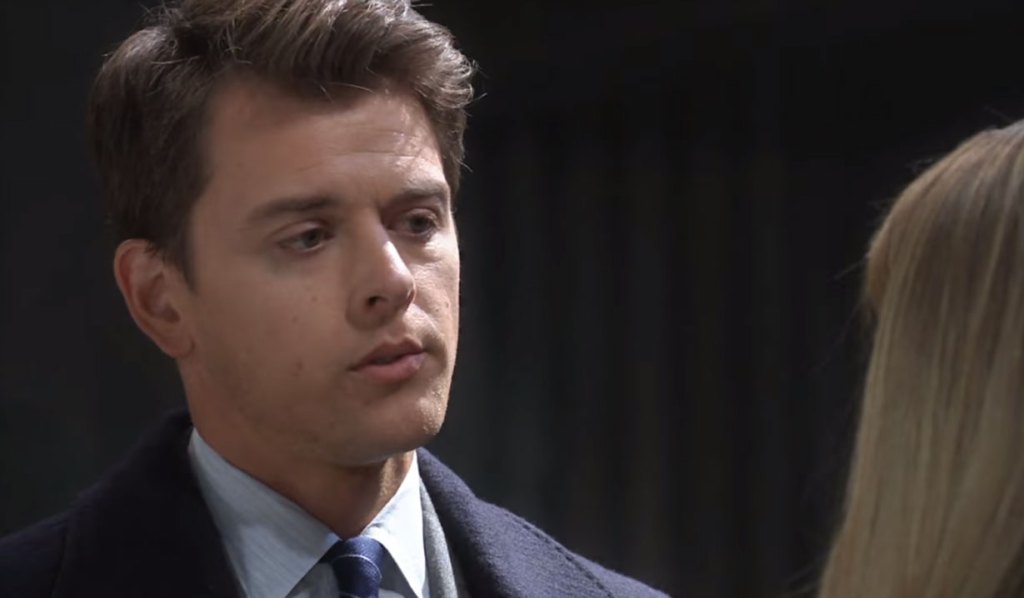 At the Metro Court, Carly confronts Nelle about her games, and gloats it won’t be long before she’s headed back to Pentonville after doing something crazy and evil. Nelle warns Carly she doesn’t know what she’s done or can do and threatens to blow her world apart. Carly laughs and leaves to do errands rather than listen to her delusions. At a table, Willow worries to Sasha that Brad is off the rails now that Lucas isn’t around. She’s terrified Lucas might not wake up leaving Brad to raise her son on his own. Later Nelle confronts Willow and gloats about how hard it must be for her seeing Wiley and having to give him up every time she leaves him. Willow is sorry Michael lost his child but is glad that Nelle isn’t a mother. She leaves, and Nelle mumbles, “Bitch!” In the Crimson office, Lulu arrives to pick up Charlotte. Lulu notices the cut-up photo of Sasha on Nina’s desk and asks what happened. Charlotte claims it was Nina who did it. Charlotte says goodbye to Nina and leaves with her mom. Later Jax surprises Nina with some expensive champagne and a cheese platter from Switzerland. He wants to help her see the good side of life and to move forward. They toast to moving forward, share a dance and eventually kiss. 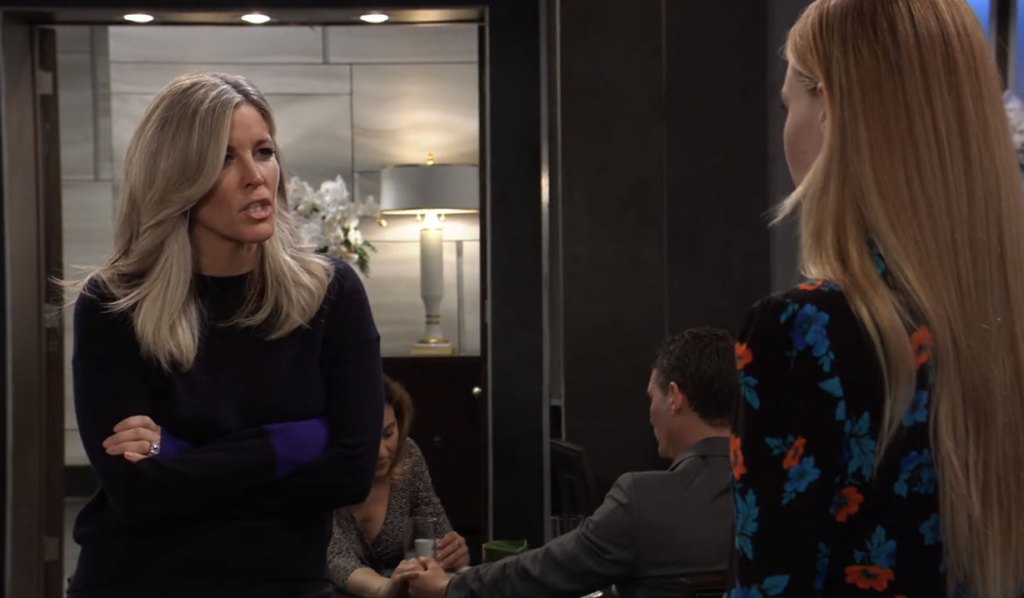 Ava and Nikolas fly back to Port Charles, and she gives him advice on not giving up on mending his relationship with Spencer. Ava changes the topic and produces the post-nuptial agreement and wants him to sign it in return for the codicil. Nikolas agrees to sign it on the condition that she appears to be his doting wife and be faithful so as to not make him look weak. She hopes this applies to him as well, and they agree on a sexless but faithful marriage. 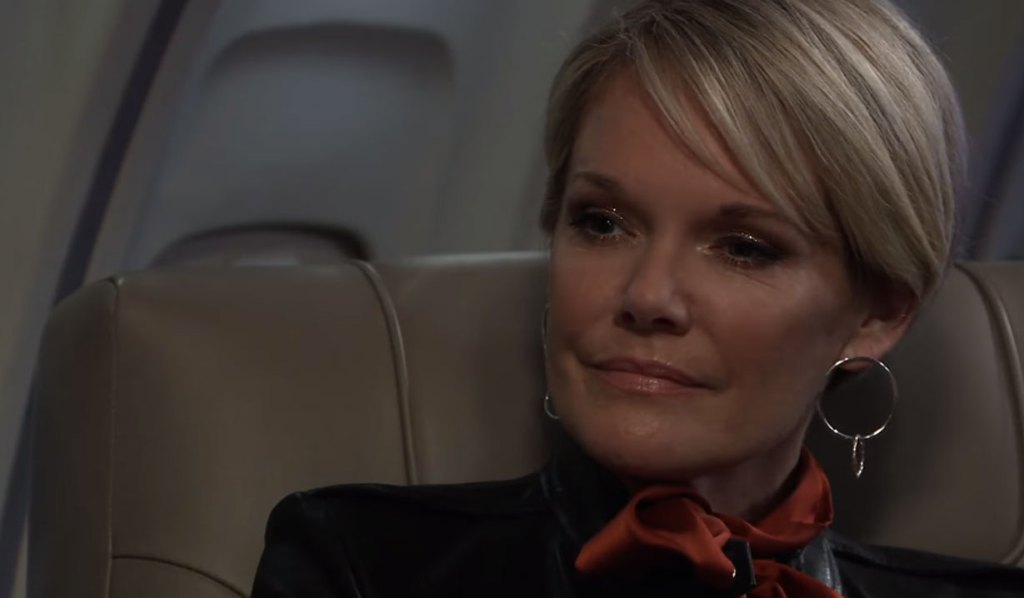 Outside the courtroom, Laura finds Valentin and Martin waiting for the Cassadine’s arraignment hearing. Robert arrives and learns Martin has filed a motion to dismiss the charges against Valentin for the attempt on Ava’s life, claiming it never happened, which will allow him to go free on bail. Laura has to head to a meeting but tells Robert to let her know how things go. Later, Lulu arrives and learns from Robert that Valentin has been given bail and the judge dropped many of the charges against Valentin. Valentin appears and Lulu promises to file a restraining order against him to protect their daughter from him. Lulu storms out, and Valentin and Martin turn the conversation to Nelle. Martin assures Valentin that Nelle has no idea he’s working for Valentin and not Nelle.

Laura meets with Michael on the docks. Joss departs, and Laura explains her plans for the redevelopment of the waterfront to Michael. Laura excuses herself when Robert calls, and Sasha arrives to meet Michael. Sasha decides to accept Michael’s invitation to move in with him and help him deal with Nelle. Joss returns after realizing she left her journal behind and spots the gunman in the shadows. She yells for everyone to get down. As he opens fire, Laura is shot.

Carly and Gladys arrive at the warehouse, and Carly drops off some papers for Tony, (played by Phillip Boyd), from Sonny. Gladys snoops around when suddenly a gunman opens fire as everyone takes cover.

Finn and Nikolas have a confrontation. 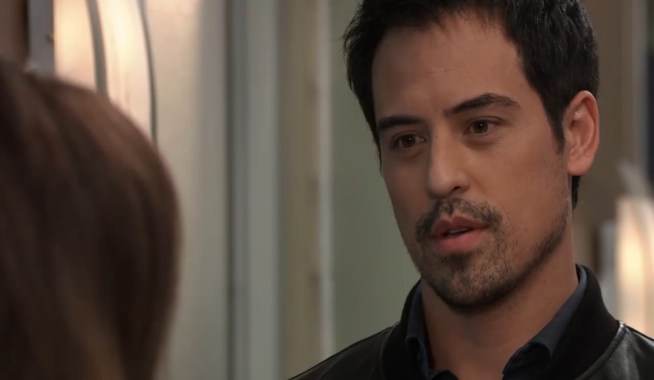 With GH’s Pre-Empt, We’re Wondering What Return Would Bring Excitement to Your General Hospital Viewing?

In the Aftermath of the Shootout, Gladys Recognizes Her Supposedly Dead Son Brando, and Laura's Taken to Surgery 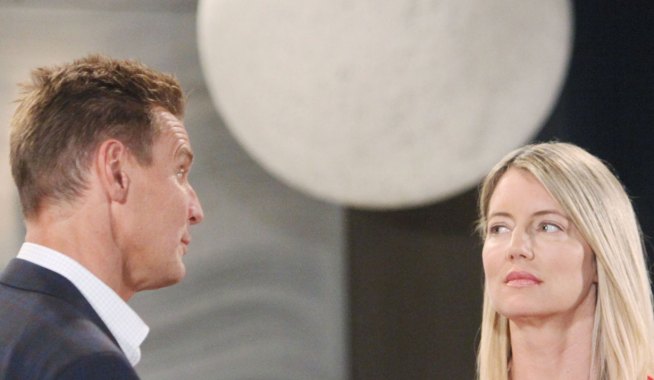