Friday January 17, 2020: On General Hospital today, Willow freaks out when she discovers Nelle at Brad's, Carly asks Joss about her feelings for Dev, and Jordan orders Chase to stay away from Nelle. 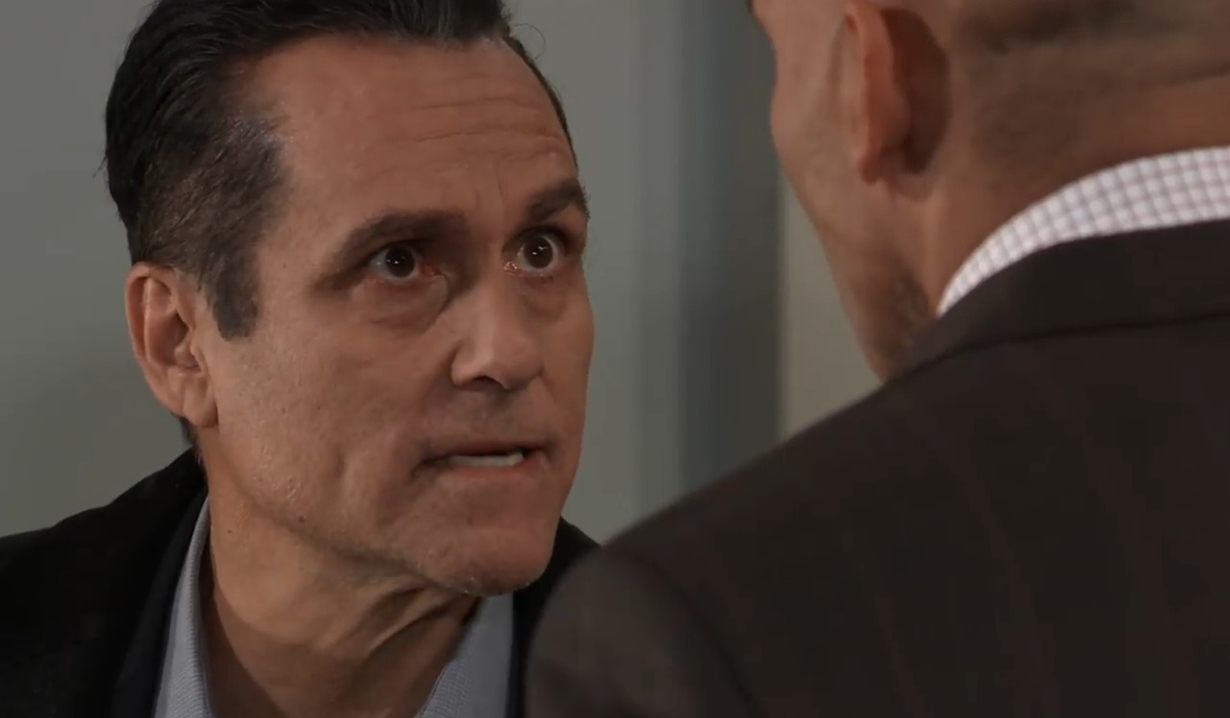 At the Corinthos compound, Carly makes an appointment with Diane over the phone while Dev does homework. Gladys comes in and talks about them all being family. Sonny walks in and talks to her about the treatment his father is getting. Gladys starts asking Dev if girls are after him. He flashes back to pulling away from Joss when she kissed him. Dev offers to go to New York with Sonny, but he thinks he should stay there. Carly walks her husband out. Dev asks Joss to go to Kelly’s to see their friends, but she shoots him down. After Dev mopes away, Carly asks her daughter what is going on. Carly asks if Dev hit on her. Joss says the opposite happened. Her mom assures her she can move on from Oscar. Joss explains Dev isn’t into her. Her mom hopes she’ll let the right guy in when she’s ready. 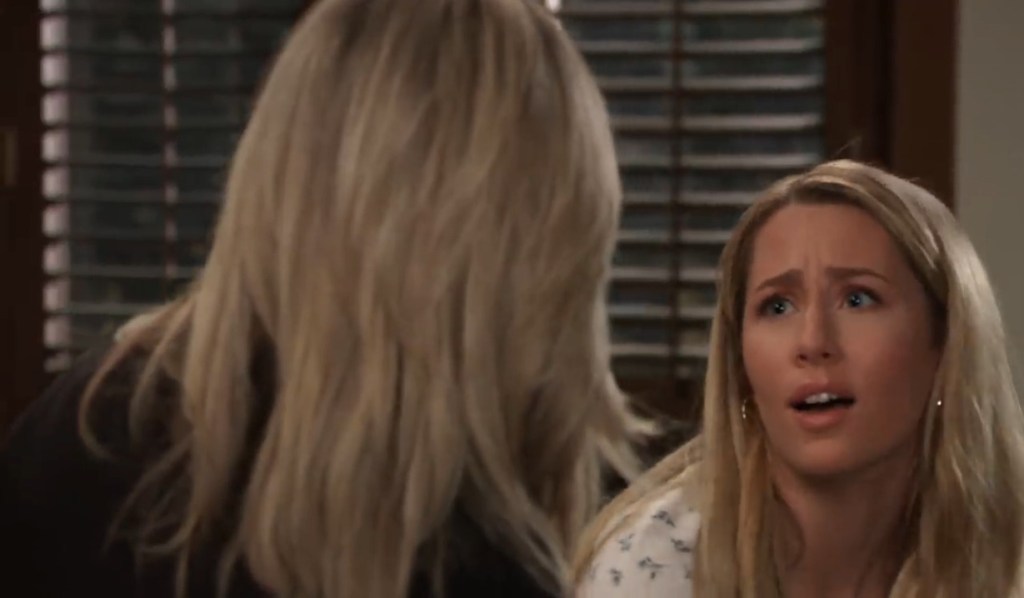 At Kelly’s, Trina and Cam try to think of people they can go to the formal with. They weigh the options. She wishes he would owe up to his feelings for Joss. He insists he doesn’t have feelings. Dev strolls in, followed by Gladys, to his surprise. She introduces herself and then goes off for a coffee. Dev tells his friends that she doesn’t know that they know the truth and asks them to keep up the pretense. They run out. As Dev jogs off to lose Gladys, Trina borrows Cam’s phone and sends a text to a girl to ask for a date. 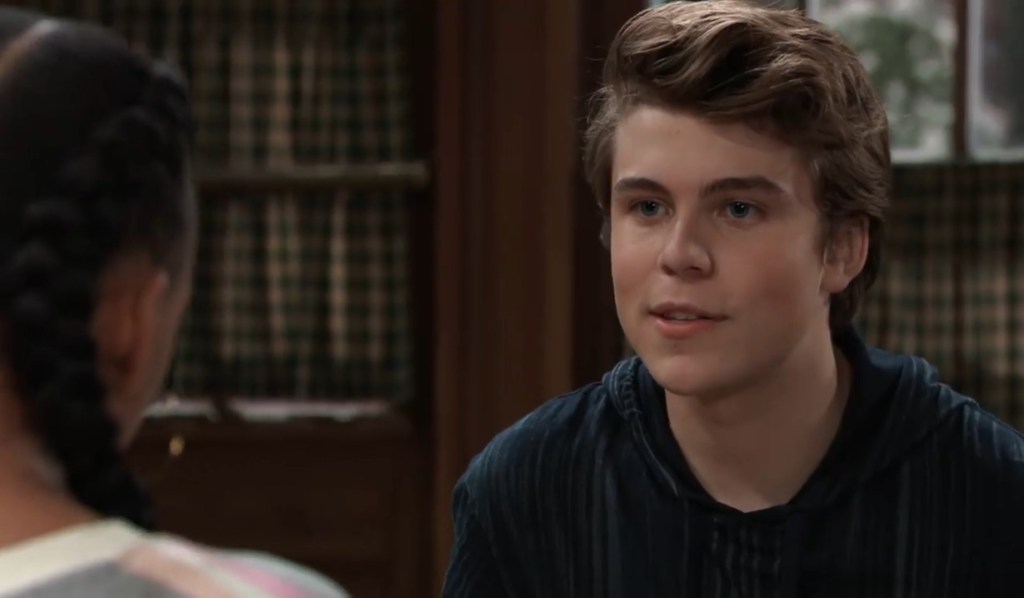 At Brad’s place, he suggests that Nelle stay somewhere else if the baby is disturbing her. She’s fine and already has plans. He encourages her to pamper herself and hands her some cash to go out. He’s frustrated when she heads back to the bathroom for a shower. Before he can call Willow to keep her away, she arrives at his door. Hearing the shower, she wonders if he has company. Nelle comes out. Both women fume. Nelle is not happy to learn Willow is the nanny. As Nelle returns to her shower, Willow rants about her and Shiloh, sure she is after Wiley. Brad rushes off to see the kid while Nelle returns and warns Willow that being Wiley’s nanny could be bad for her health. They bicker and Nelle shows her the door. After screaming for Brad, Nelle orders him to get rid of Willow so she can take care of her son herself. 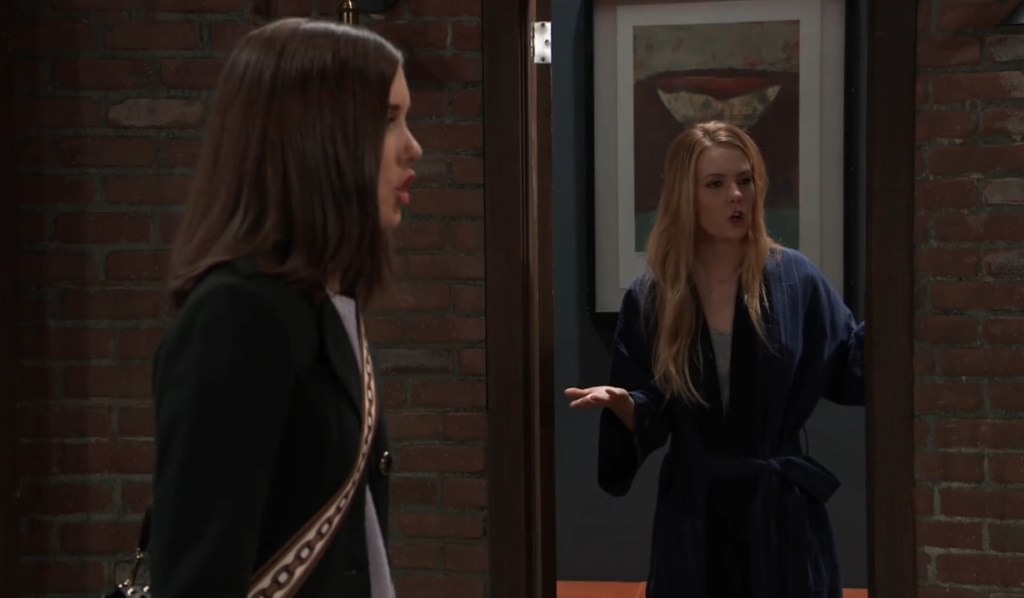 In Jordan’s office, Chase tells her he’s coming up empty on the Corinthos truck fire. She’s distracted by the opioid death. The detective asks if he can help. She asks him why the Grants know about Nelle’s early parole and warns him to stay away from her. He can’t do that. She knows Nelle is dangerous and promises the PCPD will keep an eye on her. 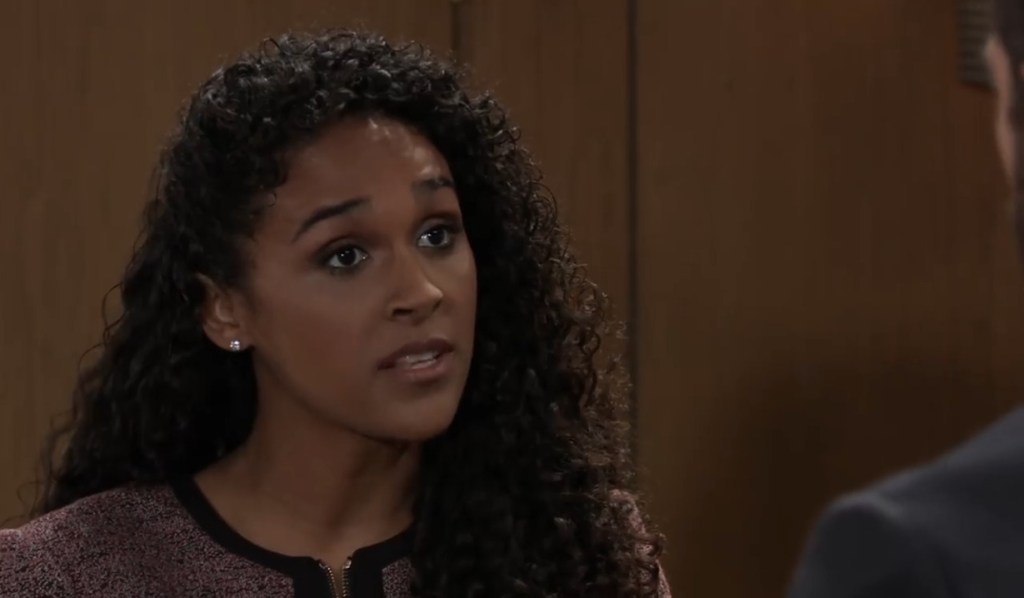 Jason joins Michael at the Metro Court to discuss Nelle’s early release. Michael can’t believe she’s causing chaos in his family again. The topic briefly turns to Jason’s problems with Sam and they complain about how much damage Shiloh is causing from beyond the grave. Michael is sure Shiloh can’t do any damage to Wiley. When Sasha arrives, Jason takes off. Michael tells her he’s planning to have Nelle sent back to prison. Worried about what Nelle is capable of, he tells Sasha she needs to move in with him for the sake of security. She appreciates the offer but turns him down. He tries to tempt her and suggests they take a vacation after things are sorted out with Deception. Willow enters and joins Chase at the bar to complain about Nelle. Michael and Sasha join them, and Willow declares that Wiley is no longer safe with Brad. 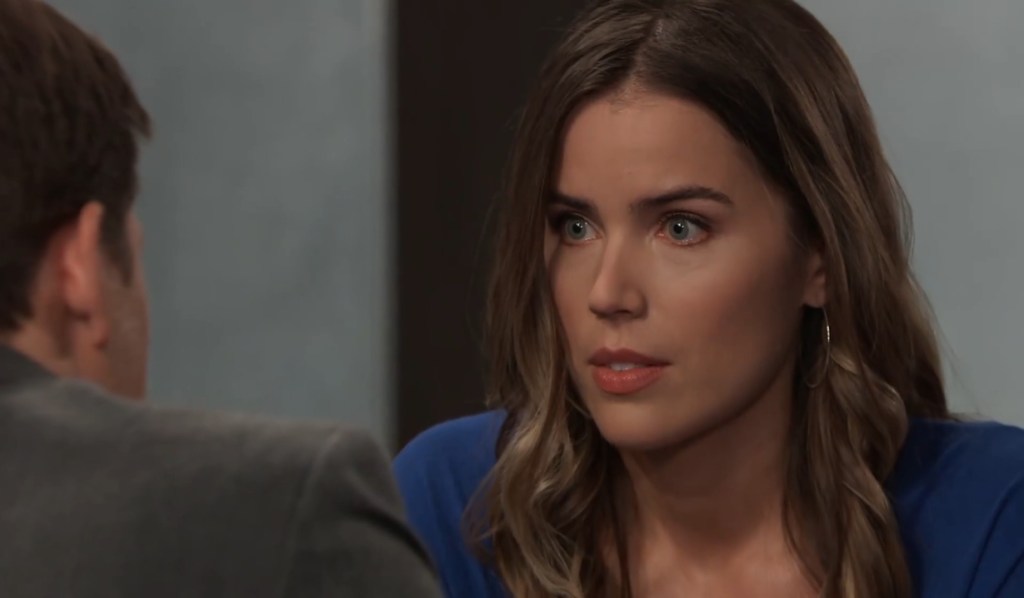 More: GH alum in A Killer in my Home

Marcus Taggert arrives at Turning Woods. As Marcus visits with Mike, Sonny arrives. They cross the room and Sonny demands to know why he’s there. Jason strolls in, making Marcus chuckle. Sonny sends Jason to distract Mike, who is worrying about Yvonne. Jason distracts him with some Tony Bennett recordings. Meanwhile, Marcus and Sonny banter about why the cop is back. Marcus is evasive and exits. Sonny turns to his father and reminds him they are leaving for Brooklyn. 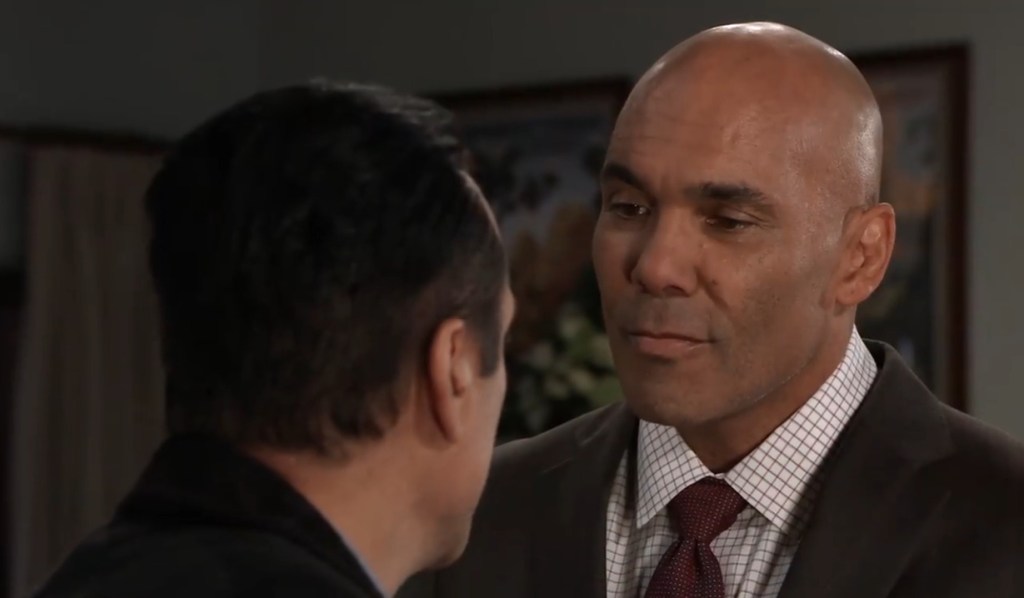 Marcus shows up in Jordan’s office. She called him there. They used to be partners.

Laura has something to keep her busy.

Spencer Lashes Out at Nikolas After...