Thursday January 16, 2020: On General Hospital today, Lulu lashes out at Nikolas, Sonny reveals his decision about Mike, and Julian warns Brad that they have no room for any more mistakes. 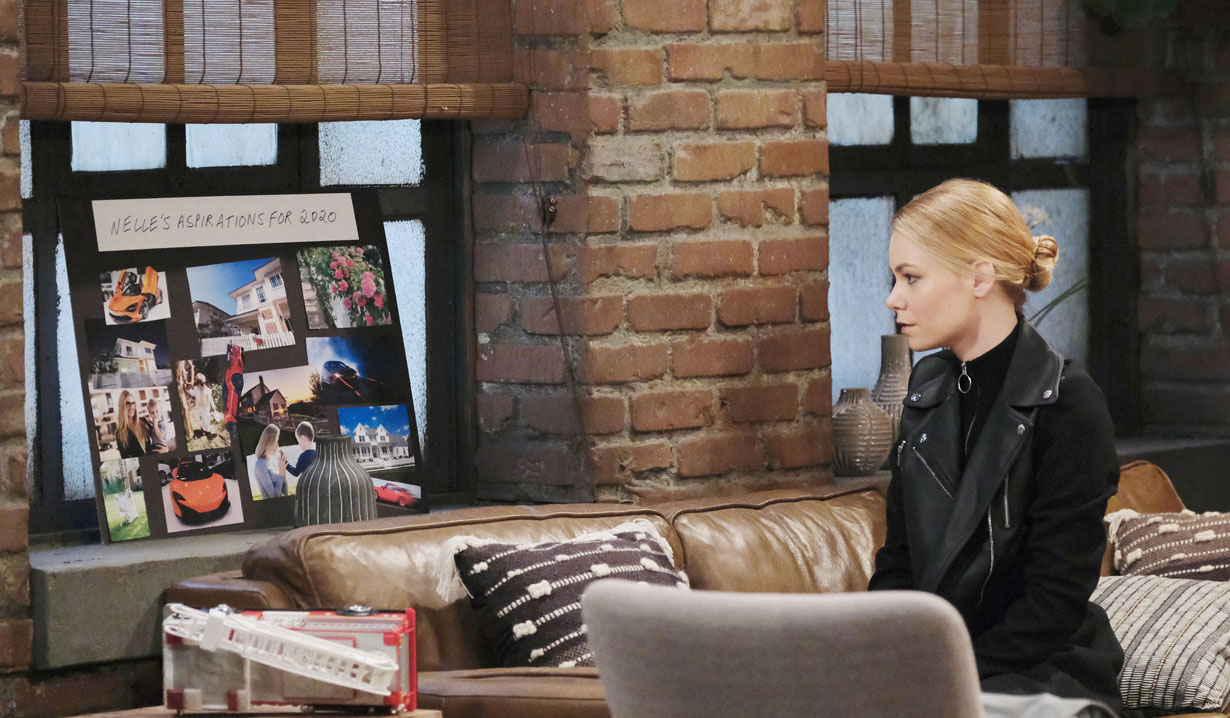 Nelle crashes the ELQ stock meeting at the Quartermain mansion with Martin Grey. Martin explains Oscar’s shares belong to Nelle as Shiloh’s widow and they have an injunction that says Nelle gets a vote until the dispute over their ownership is settled. Tracy asks the company lawyer to help them out, but he tells them the injunction appears legal. Martin and the ELQ lawyer depart to let the shareholders meet in private. Michael makes Nelle a financial offer to go away, but she calls it spare change and refuses it. She won’t let Michael get rid of her and promises she’s not going anywhere. Brook Lynn warns Nelle that she’s going to end up with nothing, that her greed will get the best of her and she’ll end up back in Pentonville. Nelle storms out after summoning Martin to follow her. Michael promises the family to do whatever it takes to get Nelle out of their lives. 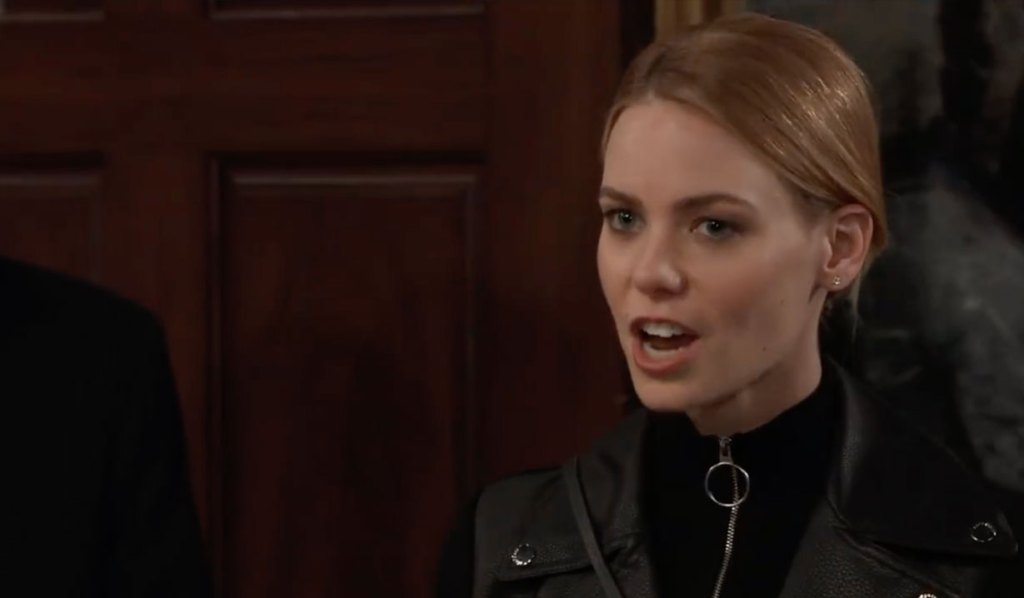 At Sonny’s place, Jason tells Carly about the developments involving Nelle and Oscar’s two different wills pertaining to his ELQ shares. Sonny returns after seeing Stella off and has made a decision to go on a trip with Mike to pursue the treatment trial, but first, he wants them to visit Brooklyn. He asks Jason to come with him as backup so he can focus on his dad and Jason can help deal with the business. Later Carly inquires of Jason about his separation from Sam. He explains it is hardest on the kids who are video chatting a lot. Gladys arrives after visiting Mike and warns he’s more agitated than usual. However, she’s glad to learn that Sonny is looking into the trial she told them about and offers to tag along to help. Sonny accuses her of working Mike’s situation to her advantage and the minute Mike doesn’t need her then she’s out of their home and lives. 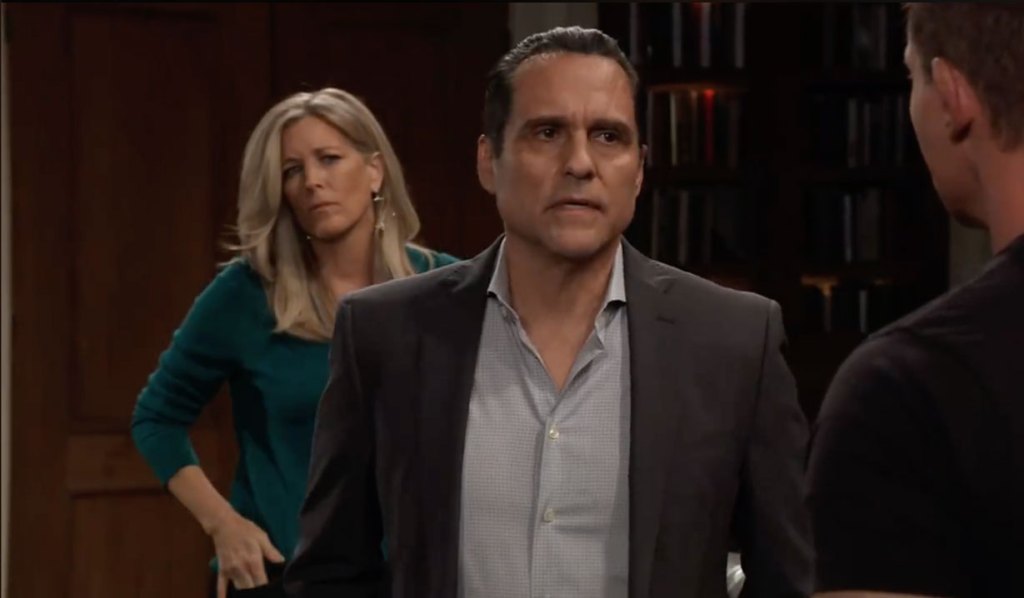 At the Metro Court bar, Sam breaks the news to Alexis that Nelle is Shiloh’s widow. Alexis reveals her news that Neil’s license may possibly be revoked because of their relationship, and she wants to defend him. Alexis spots the booze at the bar and decides to go to a meeting. 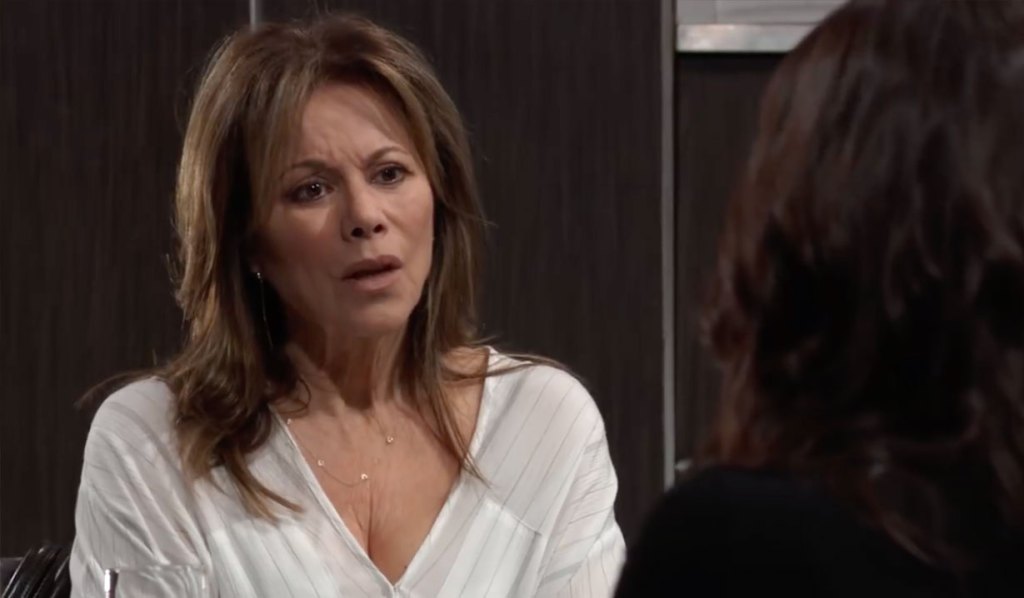 At Lulu’s place, Lulu tells her brother that while he owes her an apology, he owes a bigger one to Charlotte for lying about being her bodyguard and destroying her life. She wonders what happened to him because all he seems to care about is the Cassadine fortune. Nikolas was hoping to make things right with her before leaving to see Spencer. She hopes when the dust settles between him and his son that Spencer comes out better from this mess than Charlotte did. She’s also furious for what he put their mother through knowing she battles mental illness. She feels there was another way to deal with his problems and they could have fought Valentin together, but Nikolas believes playing by Valentin’s rules was the only way to stop him. He has his life back now and isn’t sorry. She hopes one day he comes to his senses and she gets her real brother back. He departs. 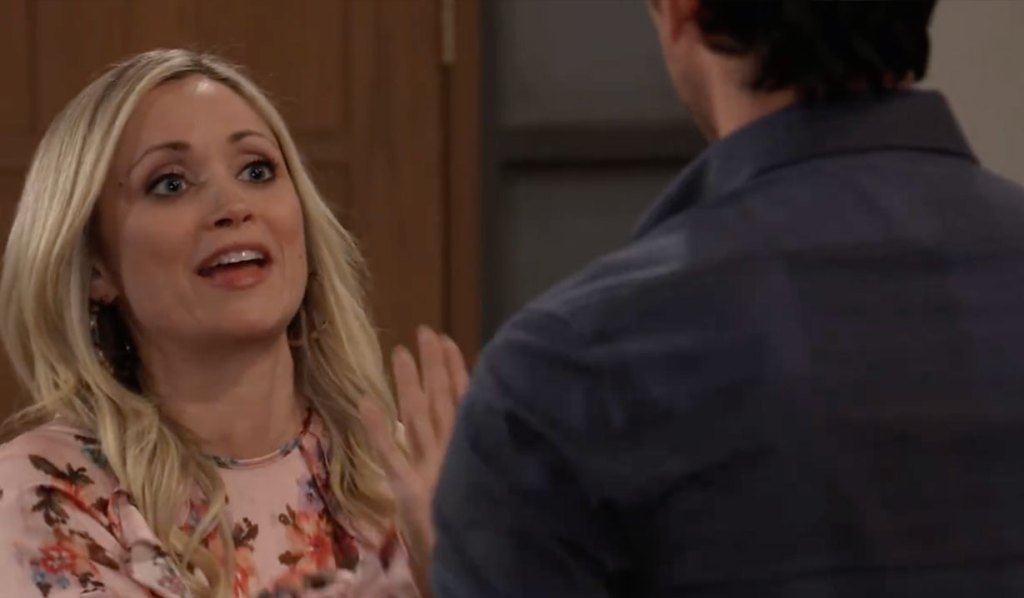 Julian drops by Brad’s place and warns him that he’s losing it and if he’s not careful then Sonny will figure out why. Julian advises him to stay away from the entire Corinthos family and to alert him if Nelle reaches out to him because they can’t afford to make any more mistakes. Brad just wants Lucas back and swears if telling the truth about Wiley would bring his husband back then he would reveal all. 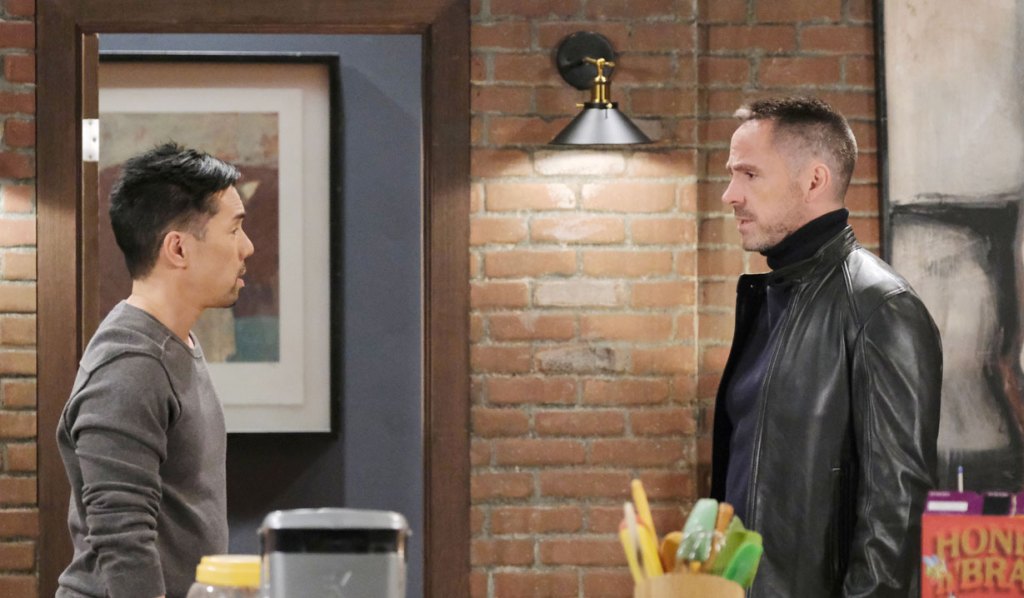 Julian goes to the chapel at General Hospital to pray for Lucas. Alexis arrives for her AA meeting and is surprised to see him. He doesn’t know who to turn to anymore or how to fix things. She offers to listen if he needs to talk but then receives a text from Ned. She tells a shocked Julian that Nelle is out on parole and already wreaking havoc. 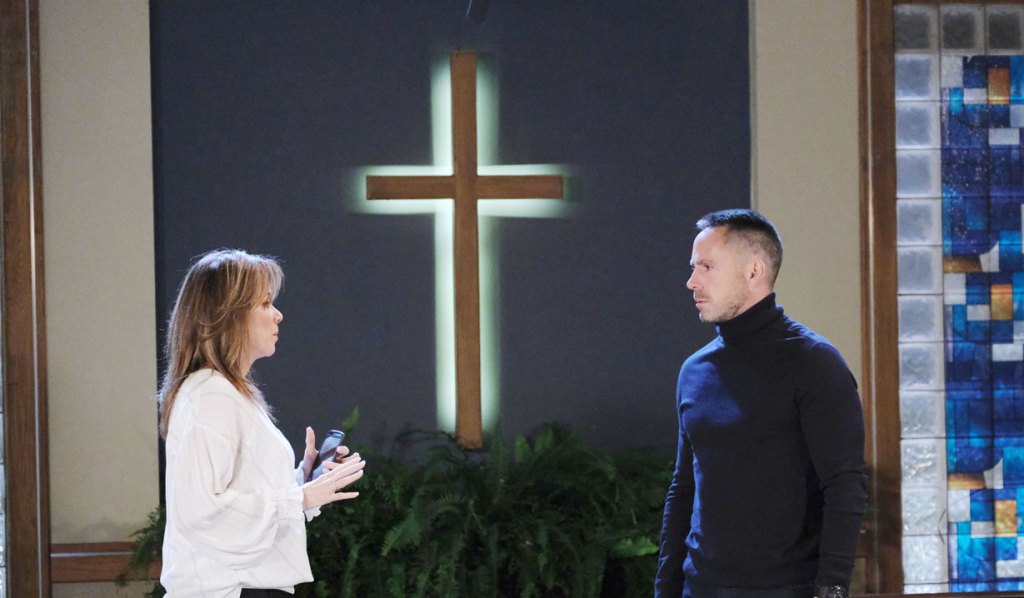 Jason calls Sam, who is outside of the Quartermain mansion, to let her know he’s going to be taking a trip to New York with Sonny and Mike. He promises they will also figure the Peter August thing out. She heads inside where she learns Nelle is after Oscar’s shares.

Back at Brad’s, he’s stunned to find Nelle banging on his door and dragging her aspirations board behind her. She walks in and announces she’s staying there temporarily.

Willow is stunned to find Nelle at Brad’s place.

Michael asks Sasha to move in with him.

Sonny asks Taggert why he’s back.

Sonny Confronts Marcus Taggert as he...