Tracy Warns Ned About ELQ and Someone Who Wants the Company 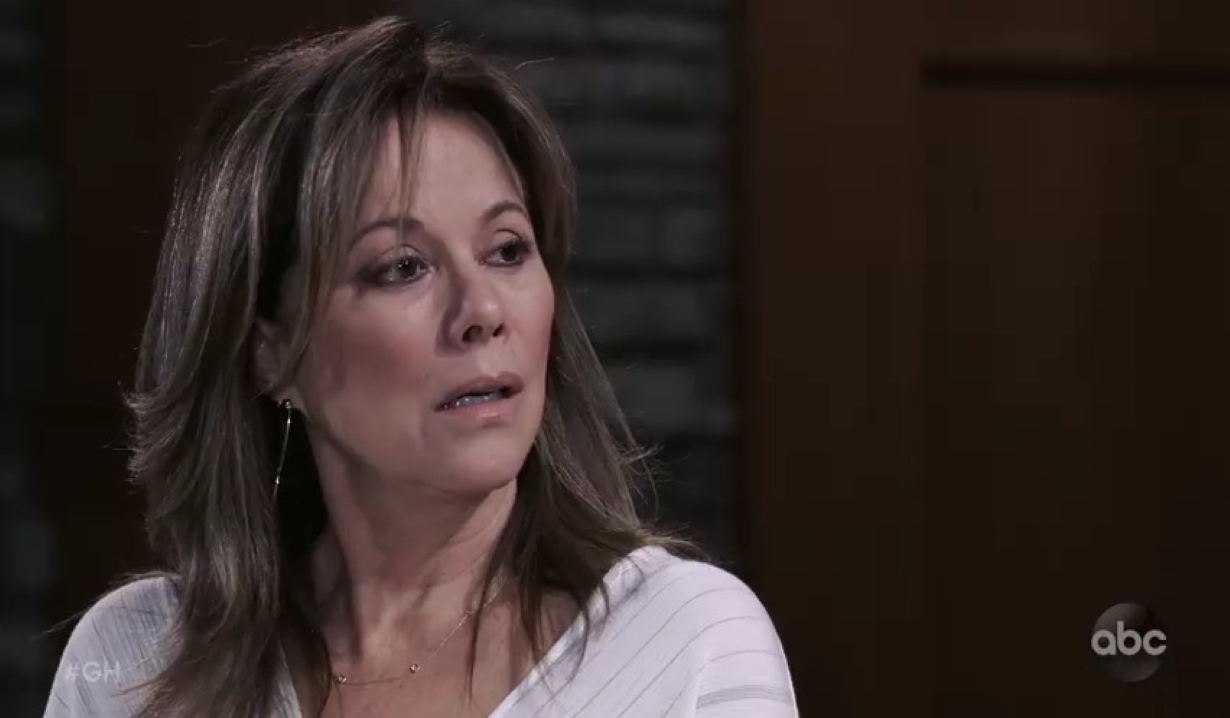 At the Quartermaine estate, Brook Lynn breaks the news to Tracy that Nikolas is alive. Tracy shrugs. Before Brook Lynn can start talking about her feelings, Ned and Michael show up to discuss Oscar’s ELQ shares. Brook Lynn interrupts to explain that she has officially changed her last name to Quartermaine. Ned congratulates her. Tracy wonders what her angle is. Brook Lynn claims she did it to feel closer to Ned’s family. Michael asks if this is actually about her gig at The Floating Rib tonight. She thinks that her new name gets her out of her contract. Michael points out the law doesn’t work that way. She won’t listen and runs off. Michael excuses himself too. He has to go to Shiloh’s memorial. Once he’s gone, Ned demands to know why Tracy is suddenly interested in ELQ again. She explains she isn’t making a play for the company, but someone else is.

Sam is at her mom’s, talking to Jason on the phone. She asks if they can meet. Alexis thumps over and demands to know what she’s doing and reminds her of her parole. Sam explains that she and Jason have made a deal with Robert to reduce her parole in exchange for a bigger fish. Neil interrupts and Sam immediately exits. They awkwardly talk about his holidays. Alexis thanks him for saving her life and says she missed him. After some prodding, Neil explains he’s losing his medical license because of her.

Peter drops by Crimson where Maxie is complaining about Nina’s micromanaging and wondering if she should take Lucy up on her job offer. He’s distracted and leaves for dinner, thinking about Anna questioning him. After he’s gone, Spinelli and Georgie arrive and Maxie is thrilled to see them. Spinelli says they may be back in Port Charles forever. Ellie has a job interview nearby. Maxie vaguely hints about her own job future. Sam gets off the elevator, happy to see Spinelli. They tell her his news and Sam hopes he’ll be able to stick around. 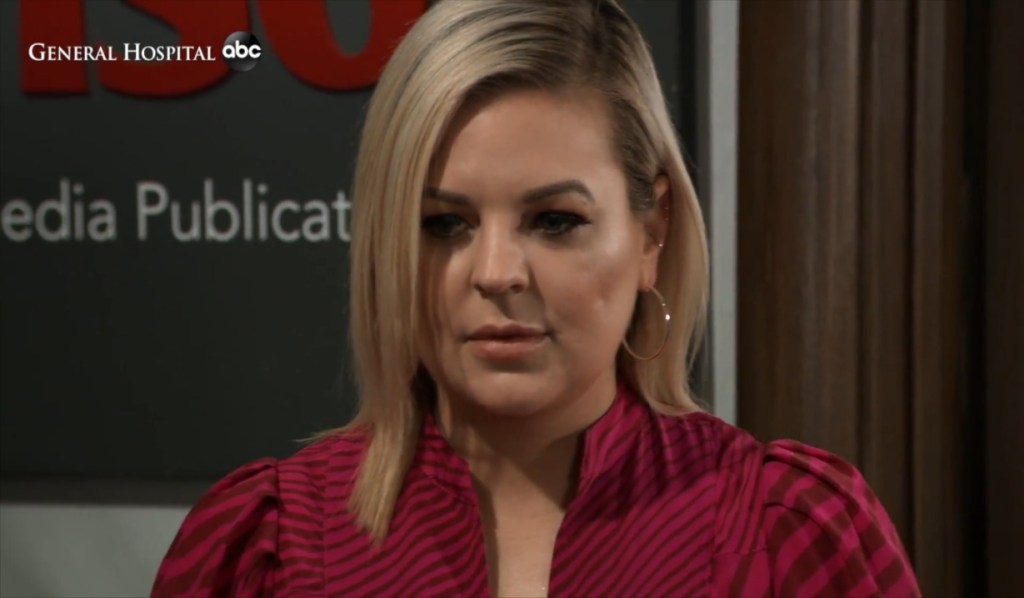 Franco and Liz are at the Metro Court. He keeps wondering what the man living in his body was like. Jason pops up and they thank him for letting Jake go to art camp. Franco asks him about their ‘bonding’ while building a treehouse. Jason insists it wasn’t them that bonded. Franco thanks him for convincing Drew to give up his life. He spots Peter and thanks him for saving his life too. Franco wants to celebrate his heroics. Jason is noticeably uncomfortable. Peter makes an excuse and leaves. Franco and Liz get back to their meal and he asks about how he behaved when he was a different person. She gives him a video Drew made when he was in his body. He’s not ready to see that. Meanwhile, Michael joins Jason at the bar. He’s worried that Tracy is after ELQ. They wonder who is behind the memorial and what their agenda is.

Peter returns to Crimson to get Maxie as Spinelli leaves. Sam gives Peter a dirty look and exits. Peter tells Maxie they can get takeout and go home.

More: GH alum in A Killer in my Home

Robert shows up at Anna’s to tie up the loose ends around David Black’s shooting. Scorpio has a lot of questions about Peter’s involvement. She has some too. She’s been reviewing files but claims she hasn’t found anything. Robert accuses her of having a blind spot where her son is concerned. This could be her downfall. He insists that there will be no saving Peter once he gets proof against him.

Dustin and Lulu are at The Floating Rib discussing her brother returning. She has a lot of conflicted emotions about it. Lulu assures him her life is probably going to be a lot calmer soon. Since the kids are at sleepovers, she asks to go back to his place. He double-checks that she’s ready for sex. She wants it. They kiss. He heads to the bathroom. On her way out the door, she bumps into Brook Lynn, who spills her drink on her. They sneer at each other and Brook Lynn stomps off to the stage. Her producer Linc, (played by Dan Buran), suddenly appears and warns that if she performs, he will sue her for breach of contract. When he strokes her, she clocks him. Dustin and Lulu run over and separate them. Lulu’s eyes bug out when it turns out that Dustin and Brook Lynn already know each other. 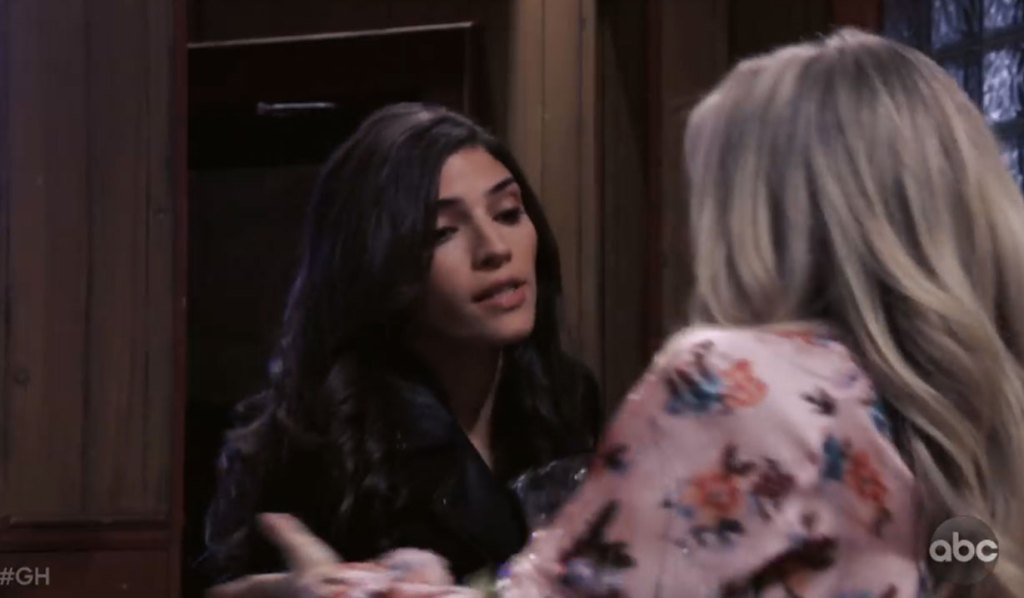 Chase has to break up a fight.