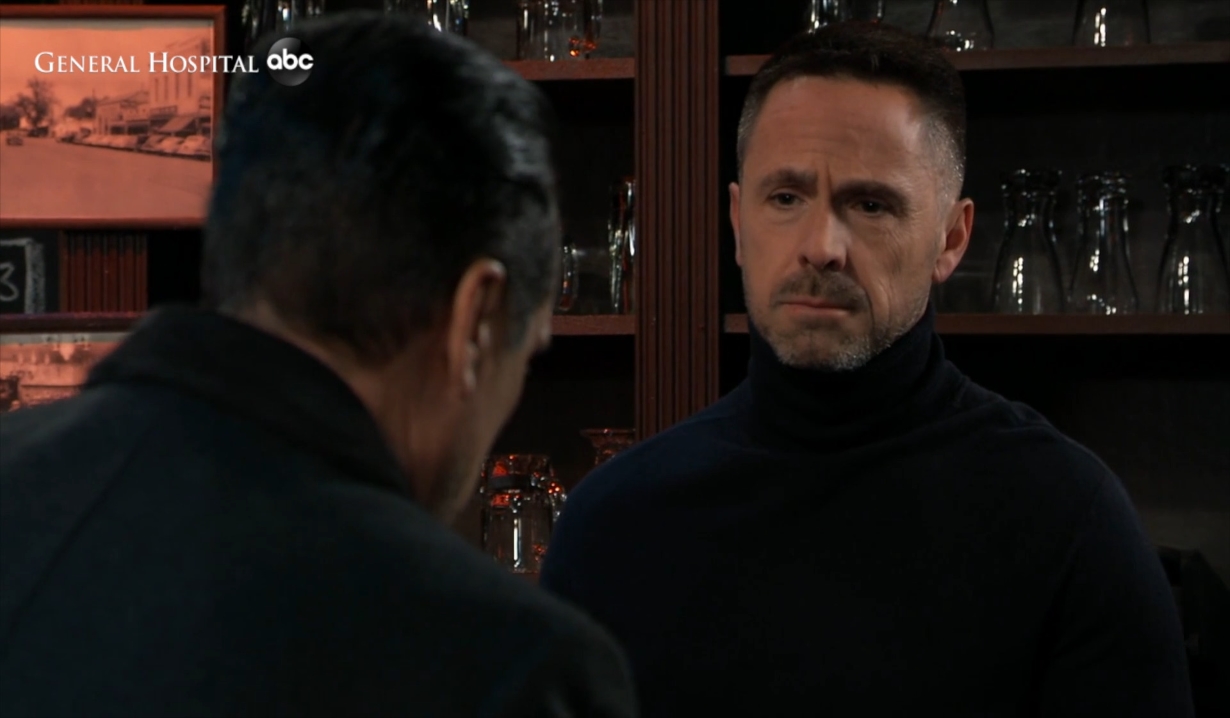 Sonny drops by Charlie’s and tells Julian that he knows he was talking to Brad about Wiley on the pier. He warns Jerome that he always protects his family. Julian is the same. He explains that Brad is in over his head and seems to be falling apart. Sonny accuses him of trying to swoop in while Lucas is out of commission. Julian insists that he’s just trying to do right by Wiley and smirkingly asks Sonny why he is having Carly followed. Sonny issues a warning and walks off.

Nikolas startles Liz at General Hospital. She reminds him that he’s supposed to be dead. After touching him to make sure he’s real, they embrace. They stroll through the halls as he updates her about the past three years and his wedding to Ava. She’s shocked by this, but more when he admits he’s been in Port Charles for four months. He tells her how hard it has been. She fills him in about Hayden and he says he’ll do what he can to bring her back. Meanwhile, Sasha drops by Michael’s office and he tells her he’s been looking for a nanny to help with Wiley. She admires how devoted he is. He wants to pull out of ELQ a bit, so he’ll have more time to spend with the kid. They discuss his schedule and then kiss. At the nurses’ station, Willow brings Brad the lab results he left in the break room. He insists that he can handle the stress he’s under. Michael shows up and announces his plan to spend part of every day with Wiley. “Absolutely not!” blurts Brad, before pretending he doesn’t want to disrupt Michael’s work schedule. Brad claims he knows the perfect person to look after Wiley. He asks Willow to do it right as Julian arrives. Although Michael and Julian try to talk Brad out of this, Brad pressures Willow into looking after the baby. Julian drags Brad off and warns him that Sonny is suspicious of them. Brad insists that he knows what he’s doing. Julian tells him he’ll make sure he gets the help he needs. At the same moment, Michael warns Willow about how hard it will be to look after Wiley. She insists it’s fine. This is a dream come true for her. 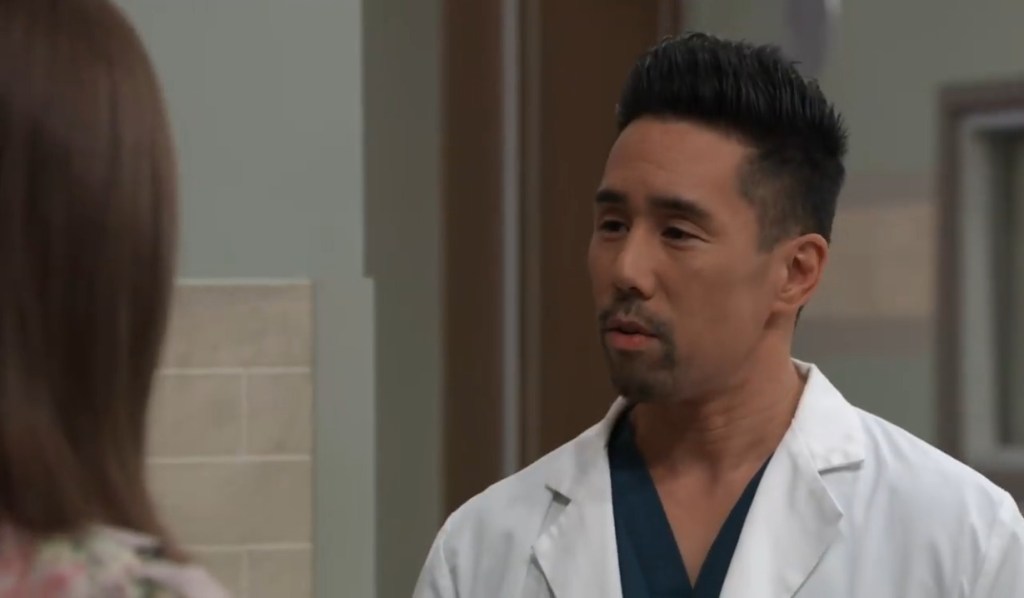 Jason drops by Jordan’s office at the PCPD. She asks him about the burned-out Corinthos truck and wonders if Sonny has made a new enemy. He thanks her for locating the truck and says everyone is safe. She gets annoyed by his non-answers and speculates about what might have happened. The cop assumes there is a turf war brewing. He won’t say anything. Jason exits and Curtis arrives. Jordan vents about how frustrating Mr. Morgan is. Curtis explains he did a follow-up on Bob’s death and discovered it was a drug overdose. She finds this hard to believe. Once he leaves, Jordan calls someone and asks them to come to town immediately. 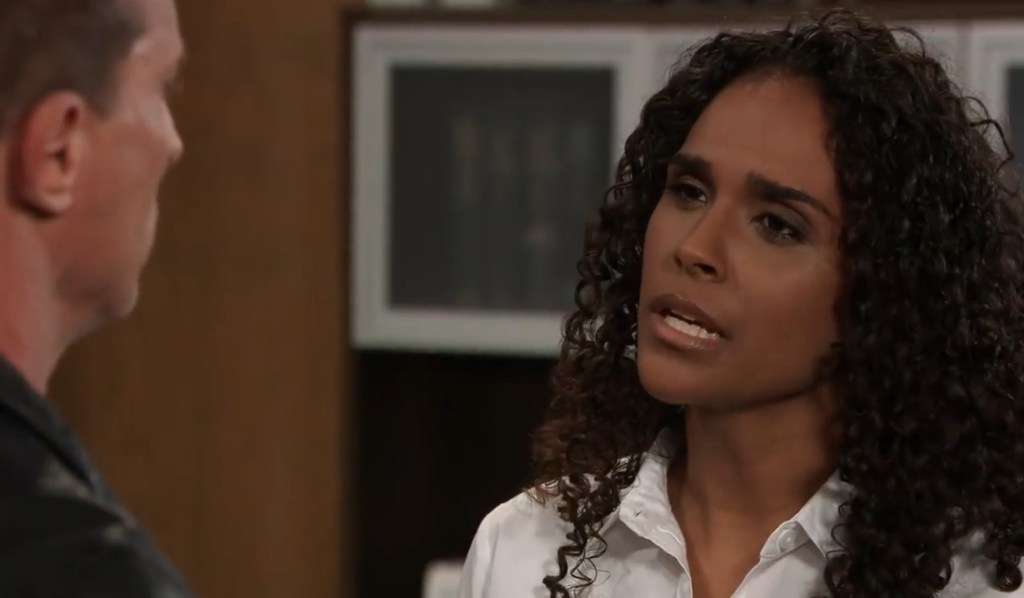 Lucy is with Maxie at the Crimson office, excitedly pitching for a partnership between Deception and the magazine. When Nina walks in, Lucy pitches it again but they hit dead silence when the mock-up cover features Sasha as the face of Deception. Lucy hypes the brand, but Nina won’t consider it unless she finds a new model. Lucy says Sasha is a partner in the company. Nina turns her down. After Lucy exits, Maxie asks her boss to reconsider and offers to look after the deal herself. Lucy eavesdrops and then calls Sasha over. She returns to the ladies and promises that this partnership could be just like Abbott and Costello. Nina refuses again. Sasha strides in and tells her she’s being stupid. She says this has nothing to do with their history and is a major business opportunity. With a little more prodding from Maxie, Nina agrees to look over the proposal. Lucy and Sasha thank Maxie as she walks them out. Lucy suggests she consider a partnership with her. Meanwhile, Nina looks at her old heart necklace. 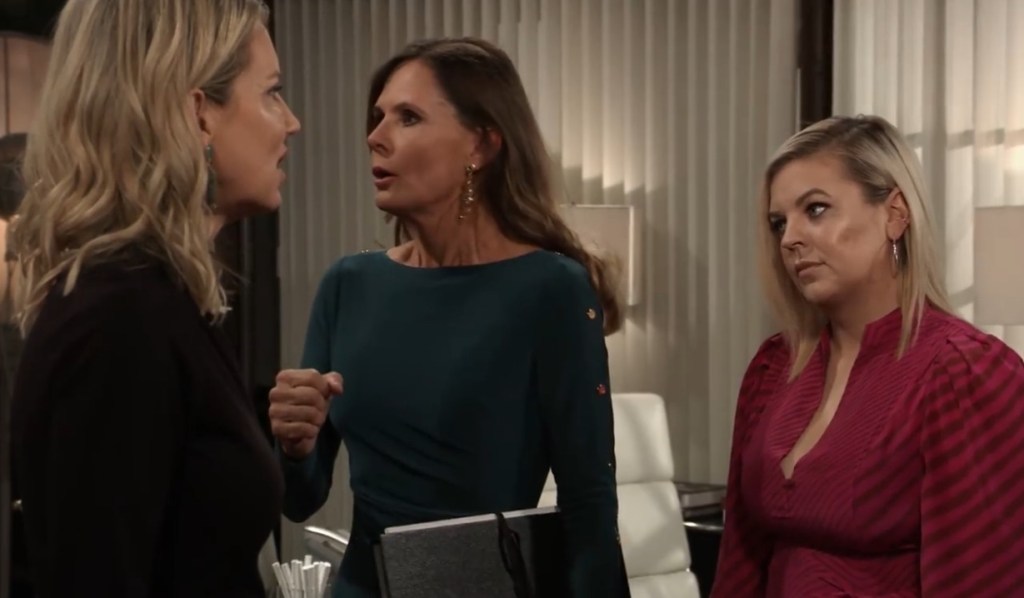 Jason visits Sonny at the Corinthos compound and fills him in about the truck. The driver has gone south. They wonder who would target a coffee truck. Sonny assumes it’s someone who has no idea how he does business. They discuss strategy and Sonny says they will make whoever was behind this regret it.

Tracy Warns Ned About ELQ and...